The letter M – well I got stuck on you for a while – like two weeks! But finally – we were scheduled for dinner with another couple and made the date night on the West Side! Maury’s Tiny Cove – here we come! 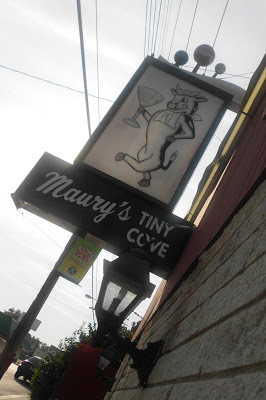 Since we’re now attending church on the WS – Montana Ave is becoming quite familiar to us – this isn’t too far off that. I love how everything is local on the WS. Maybe it is the best side?! 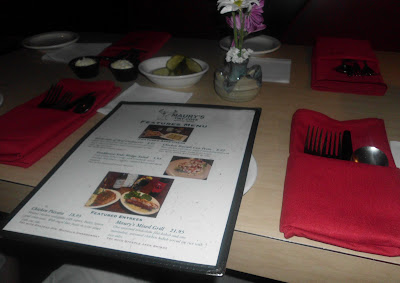 Inside – it’s IDENTICAL to the Pine Club in Dayton – the layout, the dark, the colors – it’s a bit eery. Must have been the “steakhouse decor” of the 70s. The tables are cool – they have a little pull out leaf on the end – I was diggin. 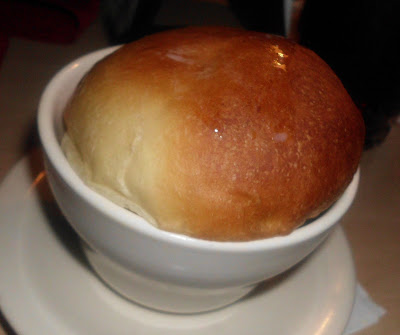 We started out with a bowl of bread – um awesome! And soft butter. Good start!!! The bread was delicious – very plain – but fresh, warm – when you pop it out of the bowl and tear it open – oye – that is fantastic. 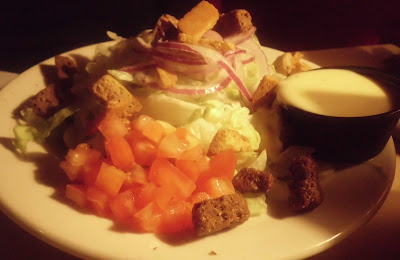 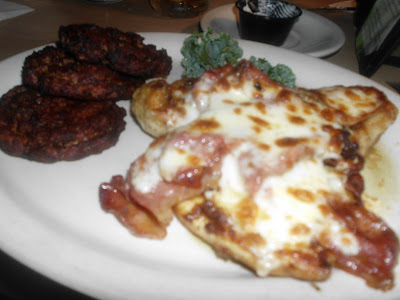 The rest of us were ready for meat! I went for a nightly special of Chicken Saltimbocca ($23.99 I think) and a side of ribs ($8.50). The ribs seem pretty predominant on the menu and nobody else was getting them so I wanted to try them.

I chose potato fritters for my side – that’s those three overcooked circles on the left. They were over-fried and not very good. Sort of cheesy inside and the burned taste wasn’t good. You can just look at them and realize they were too done. I only ate 1 of 3.

The chicken had prosciutto and cheese and it was REALLY salty. I like salt – but this was SALTY!!! Overall it was just okay. I only ate one of the chicken pieces – Larry had the leftovers for breakfast. It’s not like me to give up leftovers easily – but I didn’t really care. 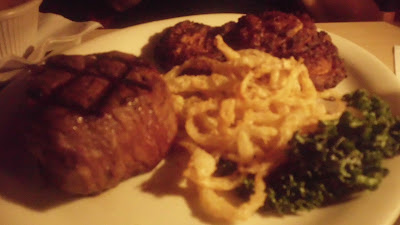 Leah got the filet mignon. She said the quality of the meat was pretty poor but it was cooked well – just not much flavor. 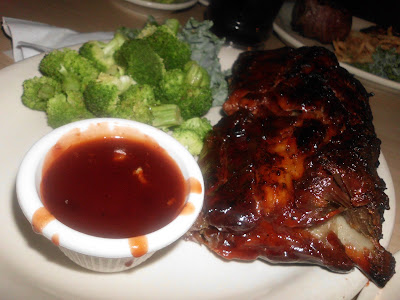 Here’s my side of ribs and broccoli. The ribs were just okay as well – a bit overdone so a lot of the meat was hard and inedible. The sauce was  okay – I don’t actually remember it (if that says anything). I only ate a couple of these as well – Larry finished these off for breakfast with the chicken. 🙂 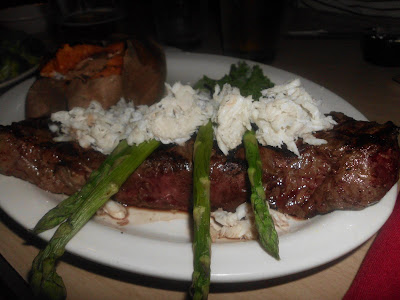 Larry got the Steak Oscar (another special – don’t remember price) with crab and asparagus (no Hollandaise – allergies). He liked his a lot and it was cooked reallly well. I had a bite and though it didn’t have much flavor – it was pretty good. He loved the baked sweet potato and nearly licked his plate clean.

Matt got the prime rib and it was not good. He said there was something off with the texture and he could barely eat half of it. He alerted the server and it was removed from his bill – which was appropriate and appreciated.

Why Should You Go? Well – we didn’t love it. Larry was the only person that seemed to have a great dinner – and 1 out of 4 isn’t great. Our server was really great and the place definitely has the West Side feel to it. Give it a shot maybe – but it’s a bit pricey for the quality we got – so know that going in.

The night wasn’t over though – Leah & I wanted dessert! Since they were up for trying something else – I remembered someplace we passed on the way…Vitor’s! 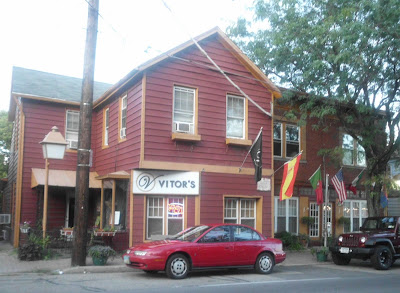 It was just up the street a few blocks and I thought I remembered hearing something about their desserts so we headed up.

Now I  have to say – this might be the most alarming photo I’ve ever seen posted in a restaurant and one of the funniest. Awkward Family Photos anyone? 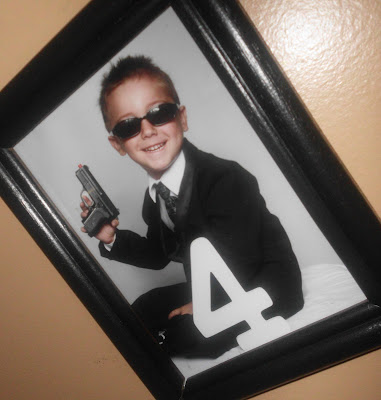 Yup – don’t mess with Timmy – he got a glock for his 4th birthday! 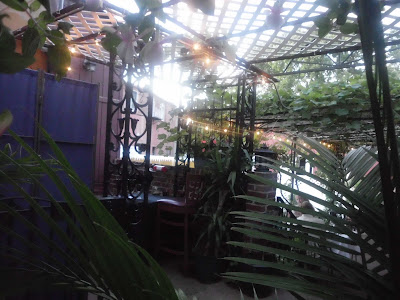 It was a beautiful night so we took advantage of it and sat outside. Wow – I don’t think I’ll ever sit inside here! It was so cozy and lush – we all LOVED the patio. 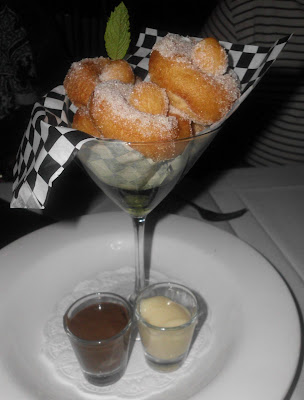 They had quite a few dessert options and even a couple were egg-free! First up – the donuts! These are pretty much the same donuts you get on a Chinese buffet (we think) but with holes cut out. But that’s my favorite thing ever – so I was loving it! We all enjoyed these!!!! 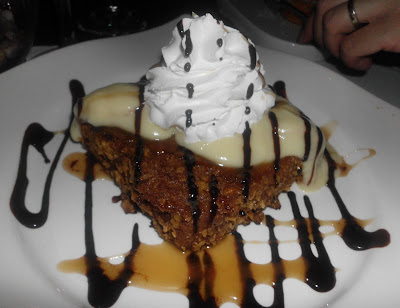 We also had to try their famous French Toast – it’s “drenched in a vanilla bean cocoa batter, rolled in Frosted Flakes then topped with Creme Brulee pastry cream, bananas, whipped cream and chocolate.” That’s a lotta stuff on a piece of bread. I think there was even caramel thrown in.

For us – it was too much. We all said we probably would have liked it better without all the toppings. I think that’s probably blasphemy to Vitor’s but just us. It was decadent and unique though – for sure. 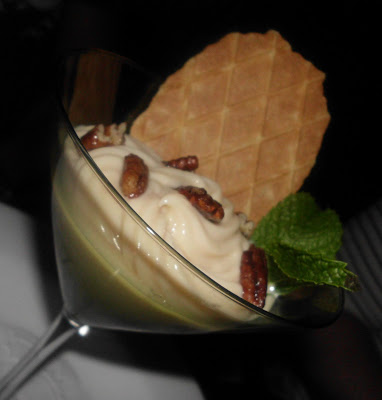 Why Should You Go? They have a very unique menu – even with some dishes from the Philippines – and we all wanted to go back and try them for dinner. And definitely more of those donuts!