Last year I started on a quest to try a restaurant every couple of weeks and have YOU decide what I would try. The criteria was that I had to have never been there before and I would go straight through the alphabet. I called it the ABC’s of Dining. I post a poll with the contenders and you vote – then I eat!
As some of you noticed, I got derailed a bit at the letter Q. Why? Well, I’ve eluded to it here and there but the economy hit our household pretty hard in that I was laid off 3x in 14 months. Yeah. Ouch.
So the Quarter Bistro got stuck in limbo as I was sorting my life out. I was still blogging – but less often – and with more coupons/gift cards/etc… We were also cooking more (more recipes on the right you’ll see). All in all – it was a rough patch – but I’ve now found an excellent (and hopefully LONG TERM) work home! Therefore I’ve decided to jump back on my ABC’s quest – tackling one a month (or so) and I’ll finish this year. I’m trying to pace myself…
Just wanted to provide a bit of an explanation on what the little poll to the left is for (the letter R is up for grabs right now) and what the plan is for Q-Z. (10 letters – 11 months – we should be good). 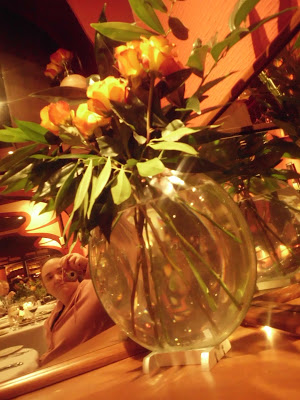 Last Friday, my friend Lou and I headed off to the Quarter Bistro in the heart of Mariemont. The waft of freshly popped corn from the theater next door definitely hits you as you walk in. It was pretty packed but luckily I had made reservations (just a few hours before) and we were seated right away.
It’s dimly lit and sort of feels like it has a red hue on everything – like you’re wearing rose-colored glasses. 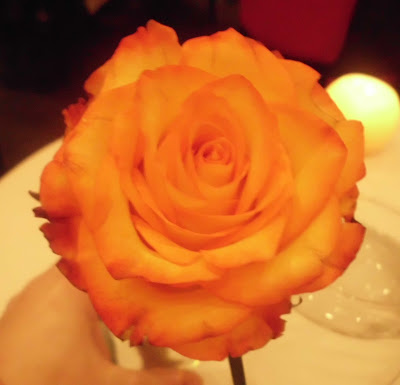 I have to say – the flowers are BEAUTIFUL. There was one on each table and then big bouquets behind many people. Fresh big yellow/orange roses. So pretty! 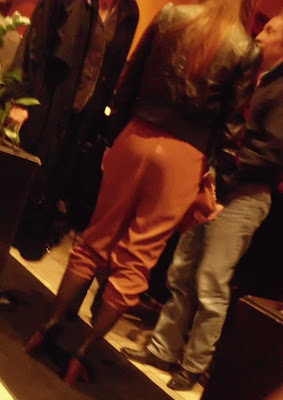 And every once in a while – things strike me funny. Like the time I saw a really BIG guy wearing a really funny pastel sweater at Palomino…tonight was one of those nights because there she was. A woman in her late 20s who thought she was walking the runway in NYC – and she was wearing knickers! (And pantyhose and ugly shoes – but we’ll just stick to the knickers.) I am not by any means saying that I’m a fashionista – very far from it…but PLEASE tell me knickers are NOT making a comeback?!!!!! My grama made me burgundy corduroy knickers when I was in 3rd grade. How do I remember? School pictures…and with a ruffled high neck (ala Prince & the Revolution) blouse. Oh yeah – 3rd grade was fun.

After the flashbacks and crying stopped…we decided to order. 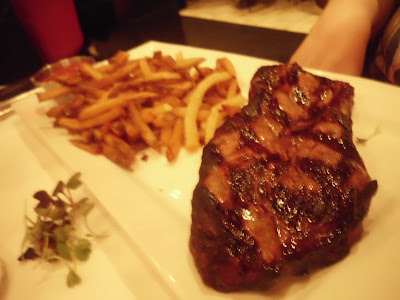 Lou decided to splurge with the Steak Frites ($24). The NY Strip was a nice piece of meat – she asked for it well done – and while there were still parts that were a little pink – she did eat it – which says a lot for Lou – she’s pretty picky.

The fries were the real star – they resembled Penn Station but were skinny and tiny – they were excellent – she loved them. 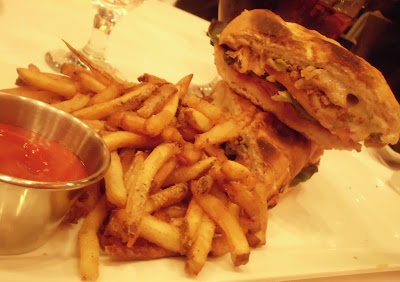 I was having a hard time choosing – the braised short rib sounded delicious but was $24 and I’m on a budget so I went for the torta cubana sandwich ($11) instead. It was pretty good – the bread was crispy on the outside and soft on the inside (signature of a torta) and it was filled with ham, pork chorizo, asadero cheese, avocado and chipotle mayo. I think because they press the sandwich it sort of mushes the flavors all together. it makes all the flavors almost indistinguishable…I liked it but didn’t love it.

I did love the fries – my only complaint is that some of the fries are so small that you can’t really even pick them up. I’m not much for eating my fries with a spoon but the taste on them – really great!

One complaint – soda’s are $2.50 – which seems steep but I guess it goes with the territory in a “hip” place. The “hip” factor leads me to the atmosphere – it’s right on Mariemont square next to the theater. It’s tight with a lot of tables and it was packed (reservation definitely needed for a friday night). It was loud and buzzing – and they definitely seemed to have regulars – but not like Cheers with a couple old guys at the bar – these were suit & tie regulars. So while it is a nice place – I definitely didn’t feel like it was my kind of place.

Why Should You Go? If you like hip places or hang out in Mariemont – you should definitely check it out. The food was fine – I just didn’t love the overall package. We went to another restaurant that was more affordable and had better food the next day (teasing you I know).