Thanks to Cincinnati Magazine I was able to attend the Art of Food Opening Night event at the Carnegie in Covington, KY! The Carnegie is a small art museum that also has plays and shows – last month I saw The Odd Couple in their theatre.

The Art of Food is an annual event where all the art in the gallery is food-related. Some of the art is made of food – some is just of food. For opening night they have a variety of chefs from the area make some very great tasting and pretty food!

The great thing about the Carnegie is that – except for opening night – it’s FREE! So I urge you to head down there and check out the exhibit showing through April 15. 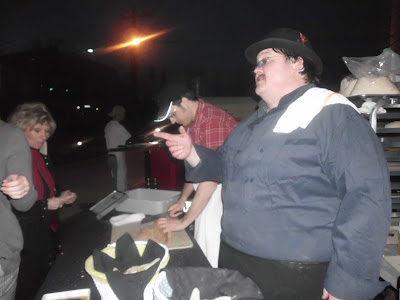 The night started out with Chef Matt from Virgils outside the Carnegie baking up fresh bread! That’s a great way to start the night for sure. 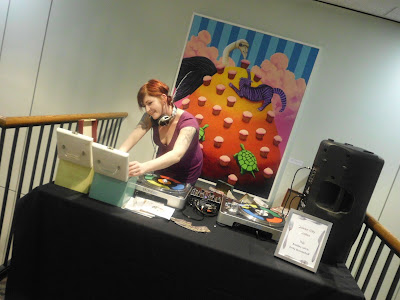 Upstairs there was a DJ spinning some tunes…although they were a bit loud. (Art by Bill Ross – totally my favorite of all the artists – so fun!) 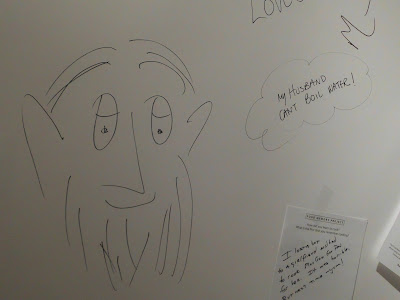 They had a food memory room where people could write food memories on the walls – there were some fun ones. Love this idea… 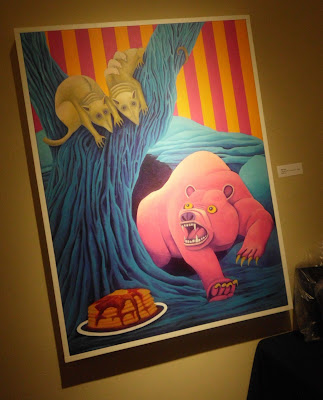 Here’s another Bill Ross – so awesome! 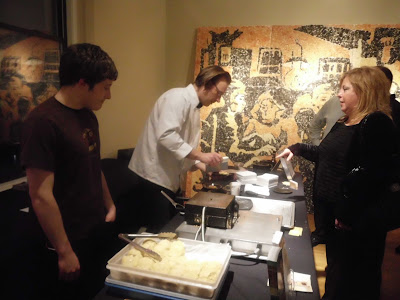 Taste of Belgium was there as well – I didn’t get to have any. The line was HUGE and they were really backed up! 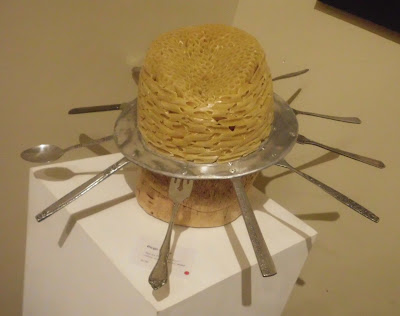 There was also macaroni art – but this isn’t like the stuff you made in 1st grade art class! The artist might be Birgit Ehmer…I’m not quite sure…hard to remember everything. 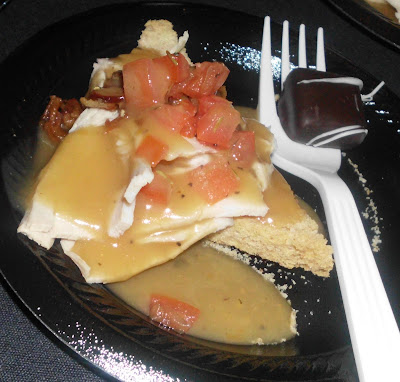 Savor was there offering a Mini Hot Brown and a truffle. Eh – not my favorite by any means…

Now right here is where my batteries died in my camera. Thankfully my friend Lou was there with her cell phone to save me! 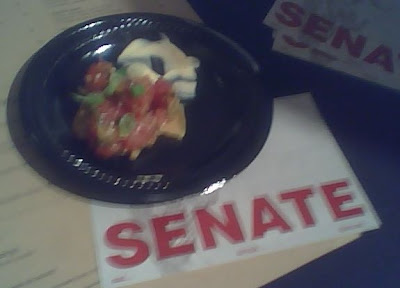 Senate was serving up tuna poke – it was really good and had a kick to it. Not as good as the poke that Aqua had…but good stuff. 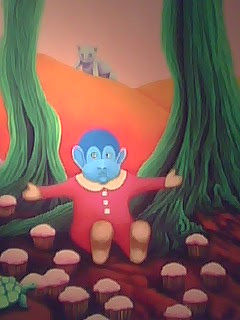 Another Bill Ross…a blue monkey and his cupcakes 🙂 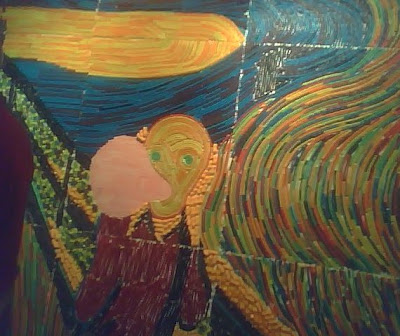 Eric Brass had a ton of cool art that was all made of food. My favorite was a HUGE Mona Lisa made of toast. It’s FANTASTIC! 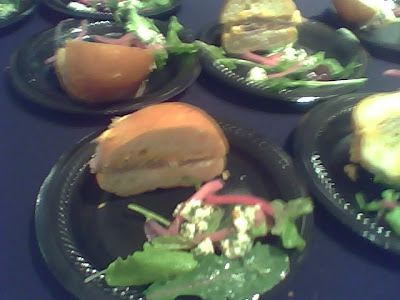 Chef Marc Bodenstein of Parkers in Blue Ash was there representing the Carriage House Farms. He served up a duck ham sandwich (duck cured like ham) and a salad with garlic aioli. That salad was AMAZING! 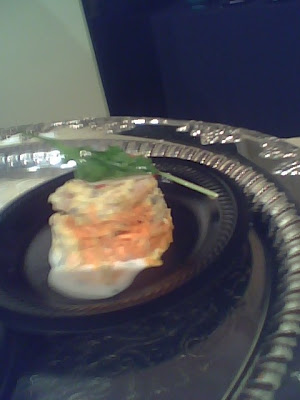 This horrible picture was the #2 on the best of list for the night and it was – no shocker – from Jean Robert. It was something with shrimp – I can’t remember. Honestly it tasted kinda like tuna salad with shrimp – but let me rephrase – it tasted like the BEST tuna salad I ever had but with shrimp. It was damn tasty. 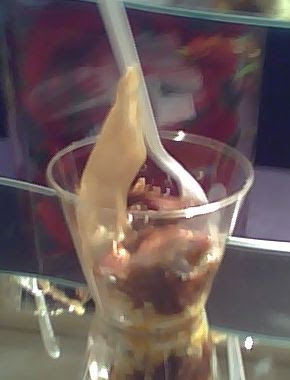 Now my award for best food all night hands down went to Chef Aaron Gardner of Jeff Thomas Catering in Ludlow. This was Shredded Chicken Mole on white cheddar, green chili macaroni & cheese. This was fantastic, delicious, comfort food. That’s a big tortilla chip sticking out of it.

I tried mole one time in high school and hated it – so all this time I thought I hated mole. I told Chef Aaron he had changed my mind! And the macaroni and cheese was to die for! Thank you Chef Aaron! 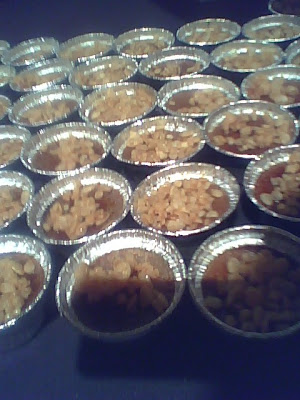 There were a couple of dessert options – first up was Chef Summer Genetti from the Palace with Ovaltine Creme Brulee. There were these honeyed (I think) rice crispies on top that sort of took the place of the typical sugary crust. The sugar was there still but not really crunchy like when it’s fresh served. It’s hard when you’re making hundreds of them! This was nice – especially if you’re wanting something a little less chocolatey. 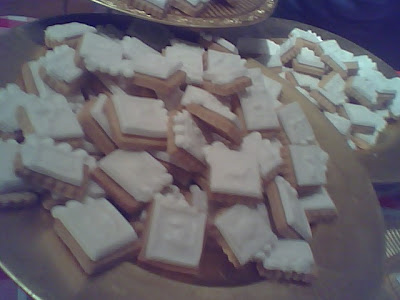 Last up we tried some cookies from Queen City Cookies. These truly are little pieces of art – and really tasty. The cookies were shortbread so not too sweet – then a THICK hunk of icing.

There was a lot of other food – but I couldn’t get pics of everything. All in all the night was a big success. There were SO MANY people there! I have to say – it was crazy-crowded – kind of uncomfortable because it was very tight quarters and hot – but definitely overcrowded is good for the event!

I do have one word of advice for Chefs that do events like this in the future:

Make something easy to eat with one hand!!!! It’s really hard to juggle a purse, a drink, a plate and a fork.

Thanks again to Cincinnati Magazine and the Carnegie for putting on such a great event. I definitely need to go back and check out the art again before April 15.

And also – be sure to enter the giveaway for Cirque de Soleil tickets!