A few weeks ago on Facebook I ran a poll asking what restaurant I should try next and you voted for: 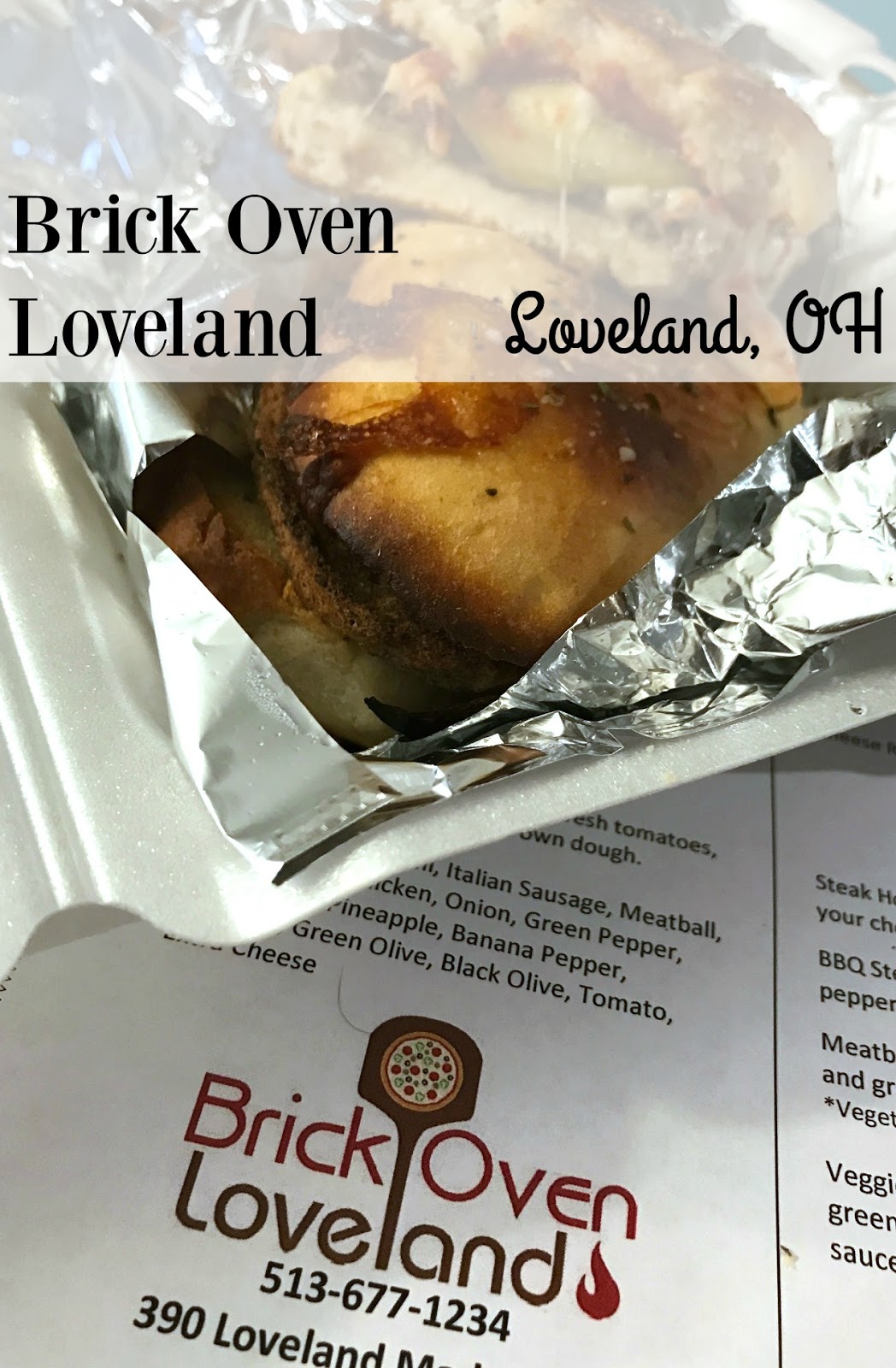 Brick Oven Loveland! My friend Jen recommended it to me – the owner is a friend of the family and I’ve been meaning to get over there. 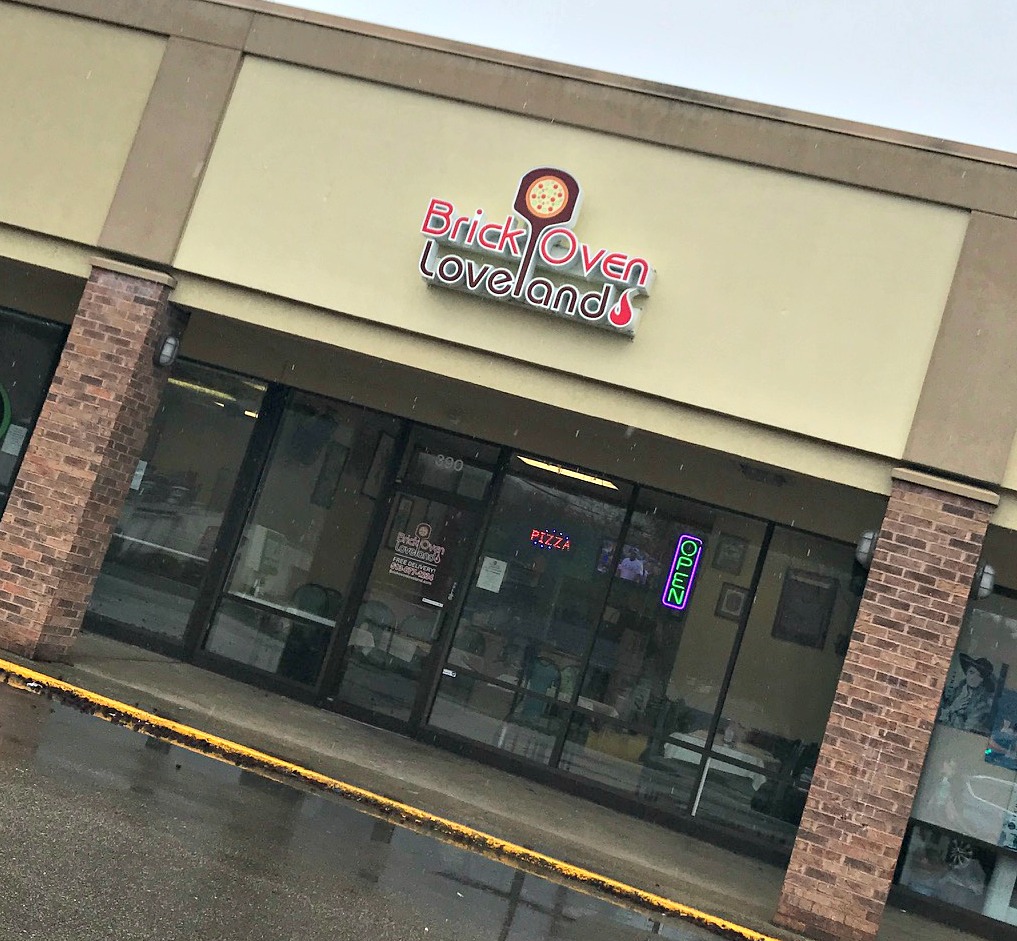 Brick Oven in a strip mall in Loveland up past the post office on Loveland Madiera. They have quite a full menu with fries, wings, mozz sticks, salads and salads on the appetizer side. Then for mains you can choose from Strombolis, Hoagies, Pizza and Pasta. 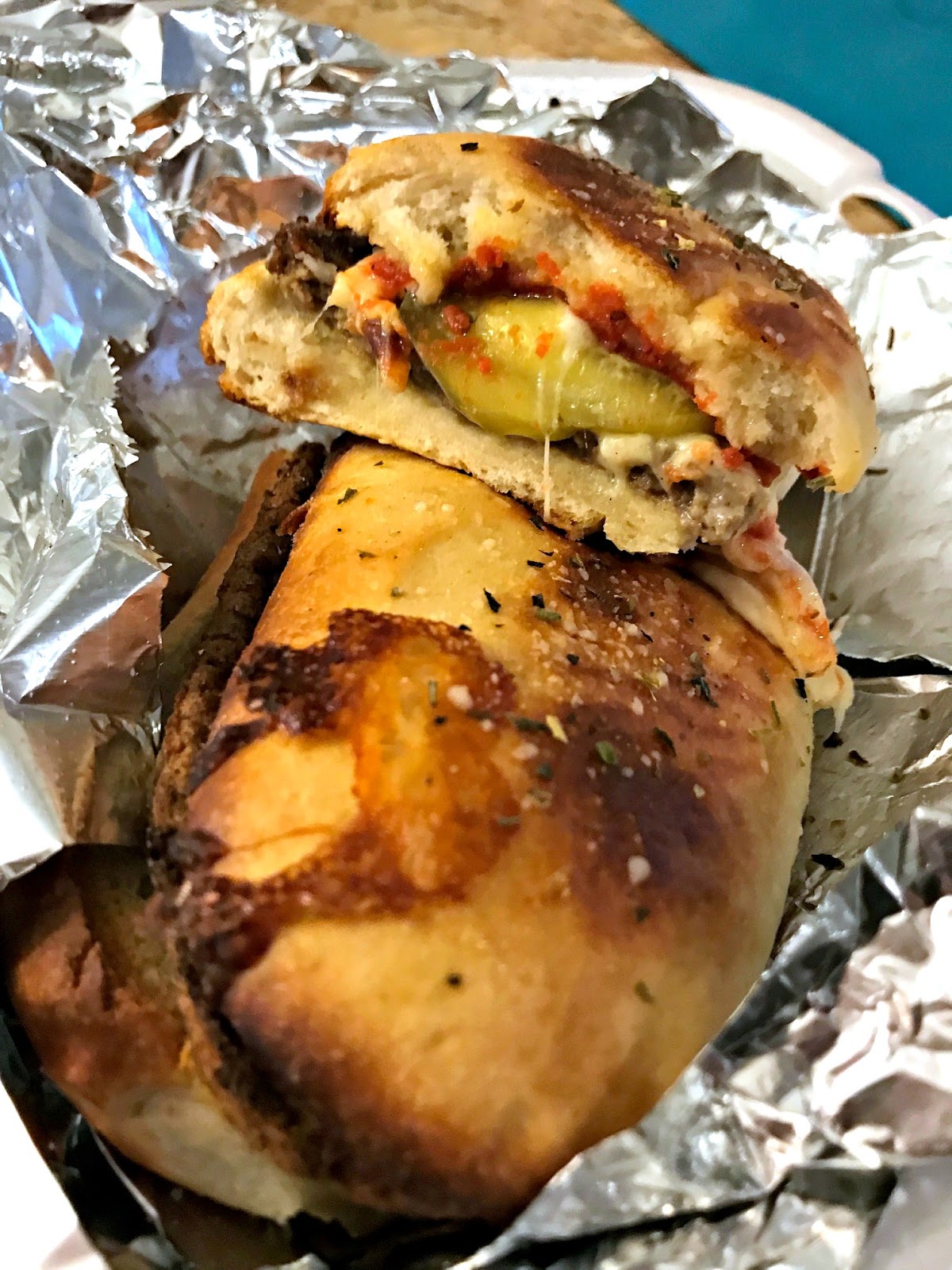 Larry went with his standard order – the Steak Hoagie – which is only $5! It was sizeable for sure and tasty. I stole a bite for testing purposes. I think it’s very standard for a Cincinnati steak hoagie – the hoagie bun is crispy on the outside and soft on the inside – then you add pizza sauce, mozzarella cheese and pickles on the hoagie patty.

What is that hoagie patty anyway? It’s meat-ish – right? It reminds me of the “McRib” texture. Is that just me? 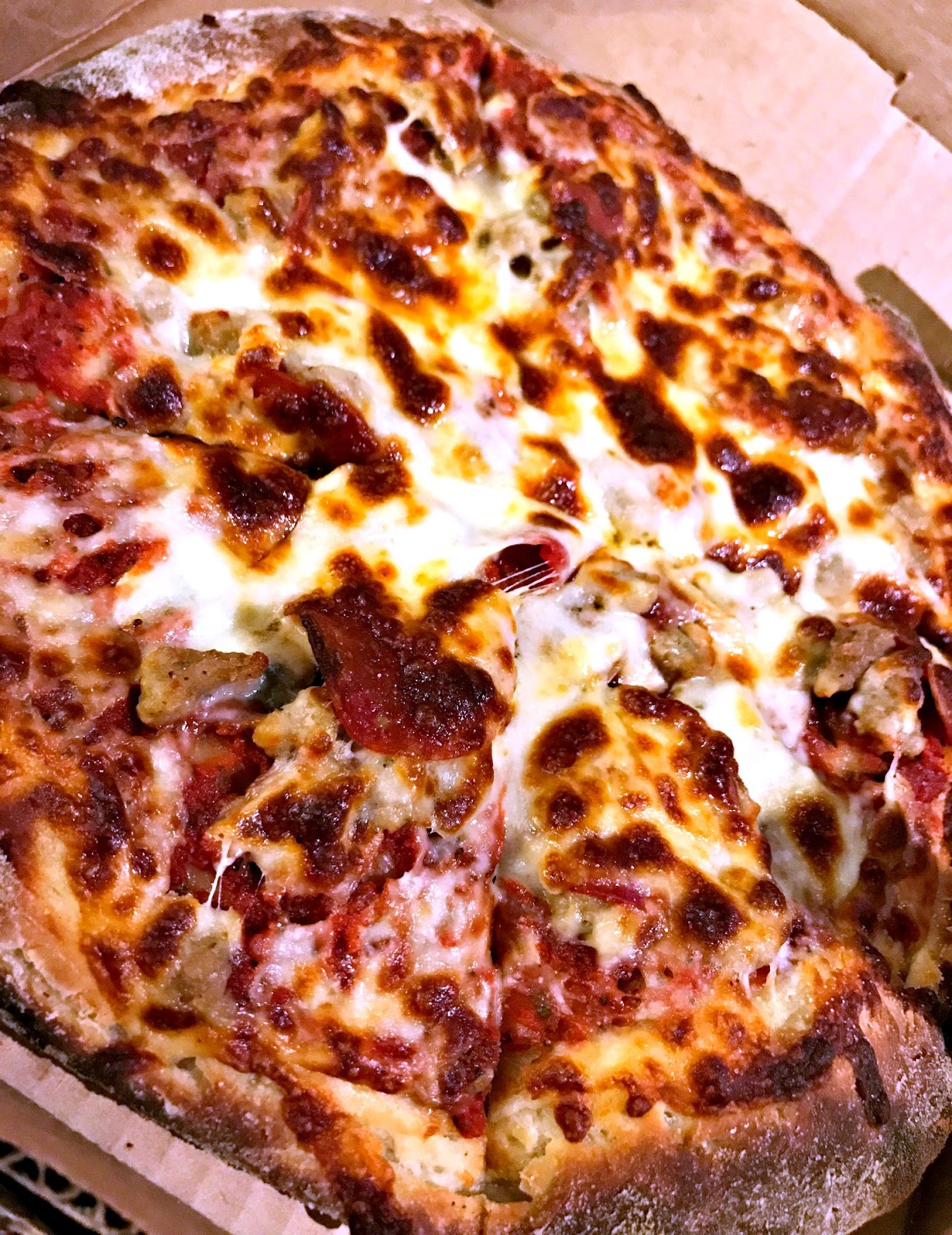 I got pizza – I’m pretty sure I got a personal 10″ which starts at $6 and toppings are 75 cents each. I asked if they had any “specialty pizzas” (which the site says they do – Chicken Teriyaki, Fuego Honey Chipotle and a Loaded Spud) – I was looking for some sort of “combo” – the guy working was pretty clueless and had no idea what I meant – so I just put together my own combo with pepperoni, sausage, mushrooms and olives. 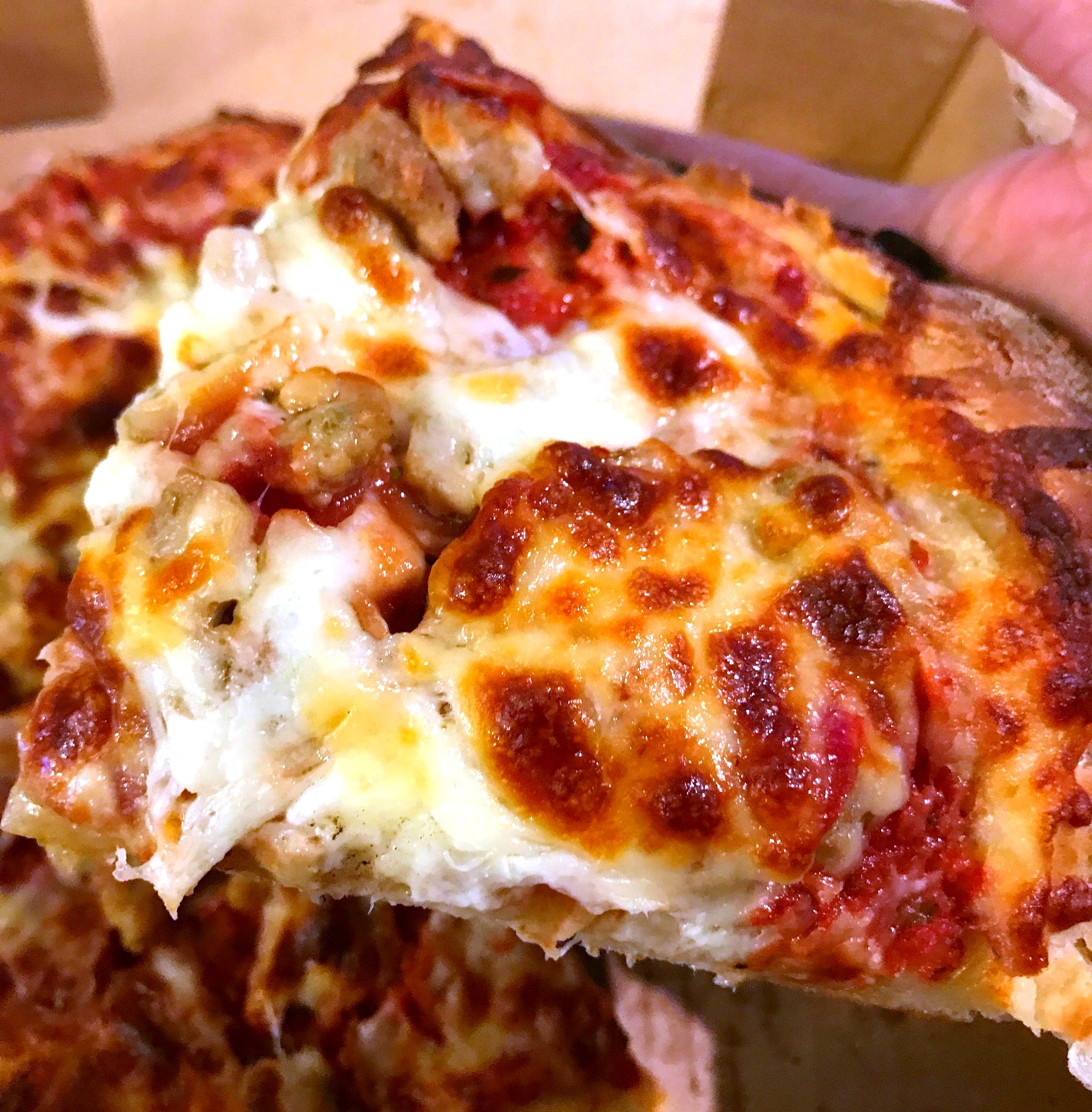 It’s a good pizza – The crust is nice and crisp, the cheese is laid on thick and the sauce is good but not overwhelming. I would be interested to try their specialty pizzas because they sound very interesting. They also have potato nachos (fried potatoes with all the toppings) and even a couple of desserts (Cinnamon Coils & S’mores Pizza).

Why Should You Go? It’s mainly a to-go place – there are a few tables I think – but it’s mainly a counter. They also deliver but location wise it’s definitely something I could grab on my way home from work.