In our land of new restaurants – we actually had a “daily deal” for a place we hadn’t tried – Carmela’s Pizza & Buffet on Kemper in Springdale. I don’t remember what site we got it from – but it was for a pizza, two apps or salads and two drinks (I think). 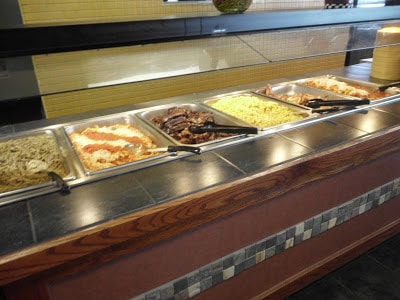 We didn’t realize – it’s more of a buffet than a order & wait pizza place. The buffet is really large and surprisingly they have SO much more than just pizza! They had lasagna, chicken, ribs, mac & cheese, etc… plus a big salad bar. That was what most folks were coming in for. And it’s really affordable as well – it’s only $7.49 with a beverage! (lunch & dinner). 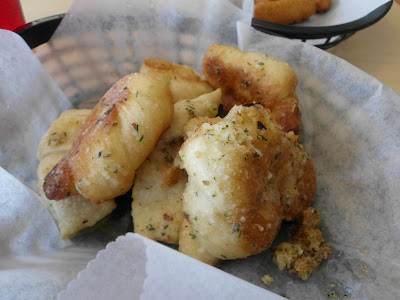 But since we had our coupon – we found a couple of appetizers to try. Larry wanted the garlic knots. They were okay – a little cold, very salty and lots and lots and lots of garlic. Nothing compared to the ones at Brunos. They are really cheap though – only $1.99 for a large order. 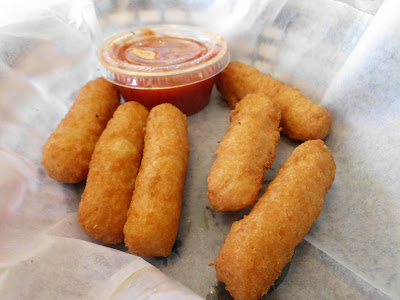 We also got the mozzarella sticks ($7.99) and they were pretty good – battered and the marinara was tasty. We liked these a lot. 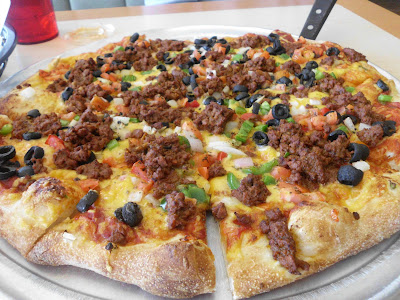 Larry let me choose the pizza – and he shouldn’t have. We got a taco pizza. It wasn’t very good. We only ate a couple of pieces and took the rest home but never touched it. The meat was kinda gross and the onions & peppers were a bit too raw. Like they made a cheese pizza and threw the rest on top. It just wasn’t good. The crust was nothing to write home about either…