Okay – so it’s finally time for me to declare my loyalty – yes – I’m ready to come out and tell the world:
I LOVE GOLD STAR CHILI!!!
I’ve tried a few chili places and I think my husband’s influence won out – because one day I realized there’s just something I like best about Gold Star. The hot dogs are much better and the chili is too! My coworker and I have a huge debate over this and are planning on having some sort of blind taste test some day – but for now – we’ll just start with telling you about their new product! 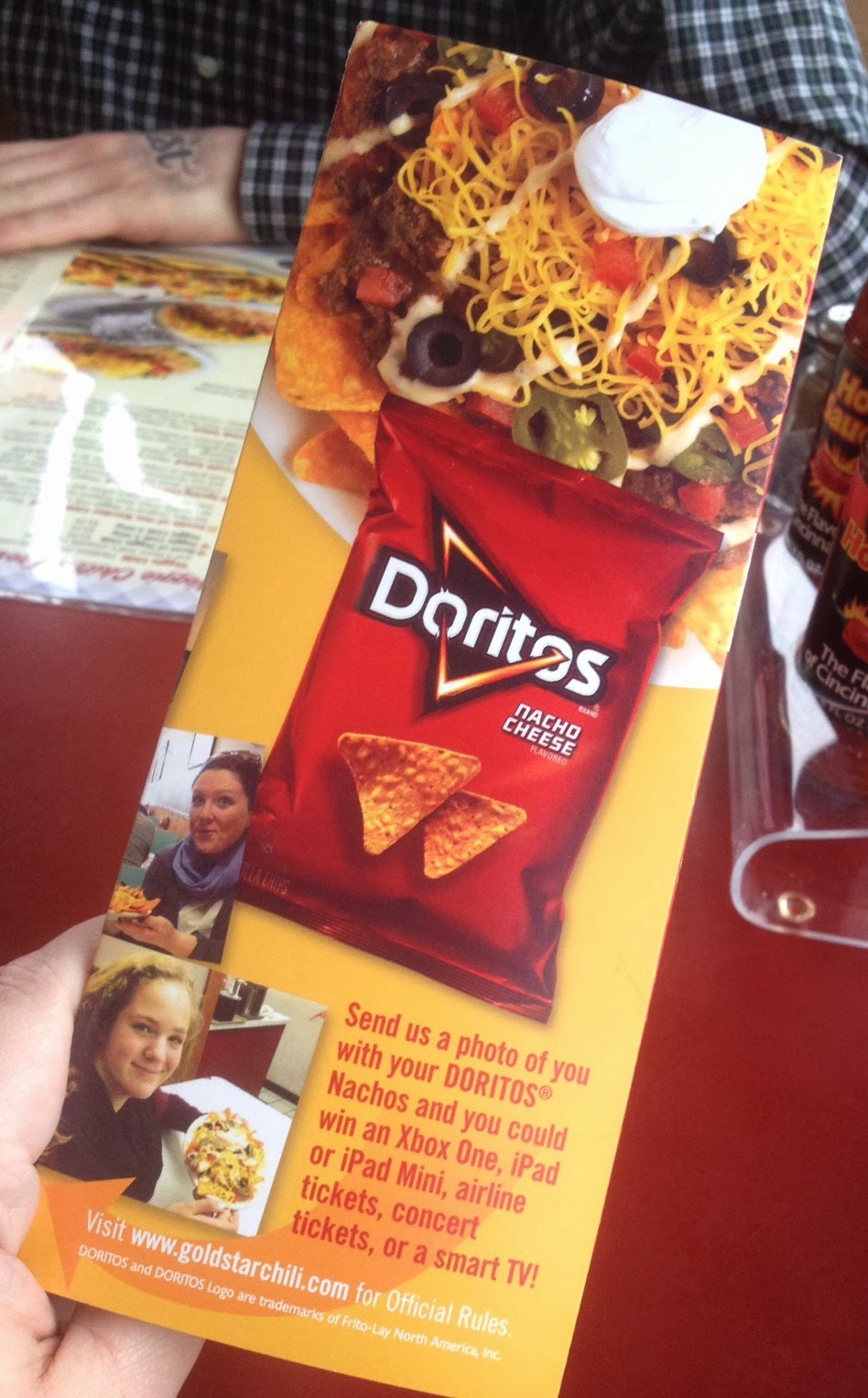 Doritos Nachos!!! I’m a big fan of nachos anyway – so throw these on some Doritos and it’s worth a try. They’re also having a contest right now giving away some fun stuff when you tag yourself eating the nachos on social media! 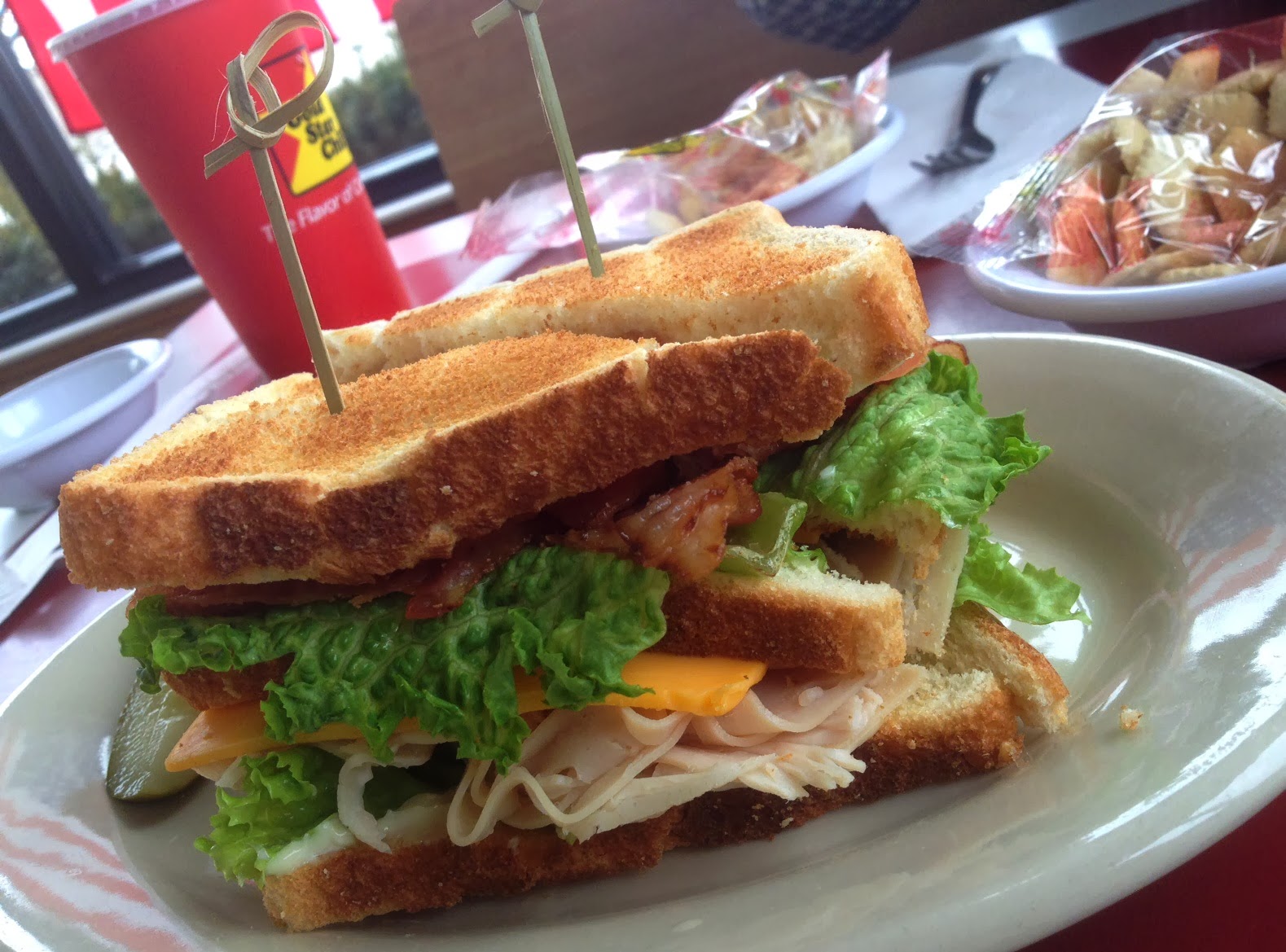 Not everybody was up for trying the nachos – Larry wanted to try their Double Decker sandwich with turkey & bacon. I have to say – that looks pretty bomb-diggity! 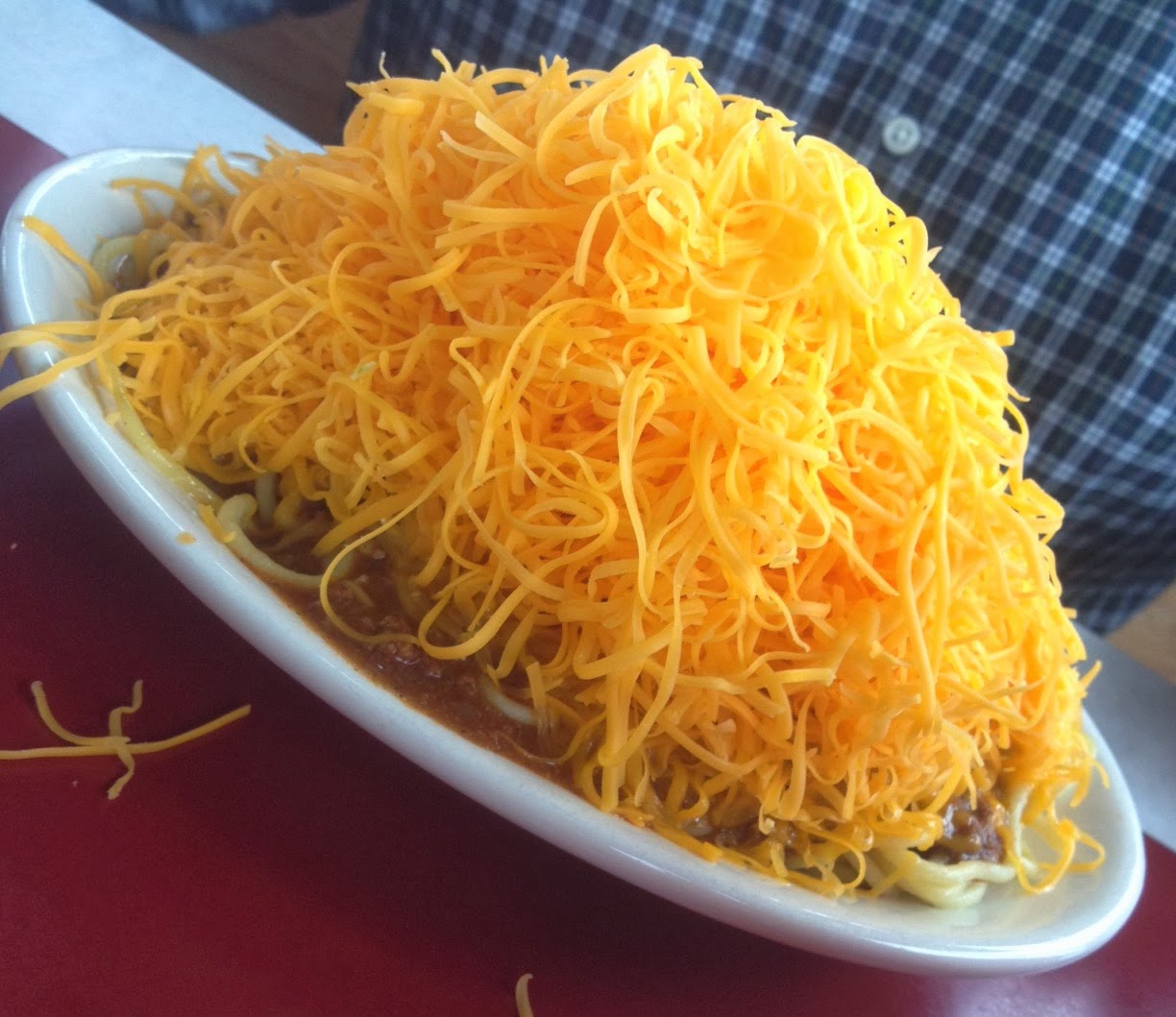 Our nephew went for the three-way – he hasn’t been in Cincinnati for many years – so he wanted to stick with the classic – but with extra cheese. Cuz it needs MORE cheese! Man – that stuff is so good! 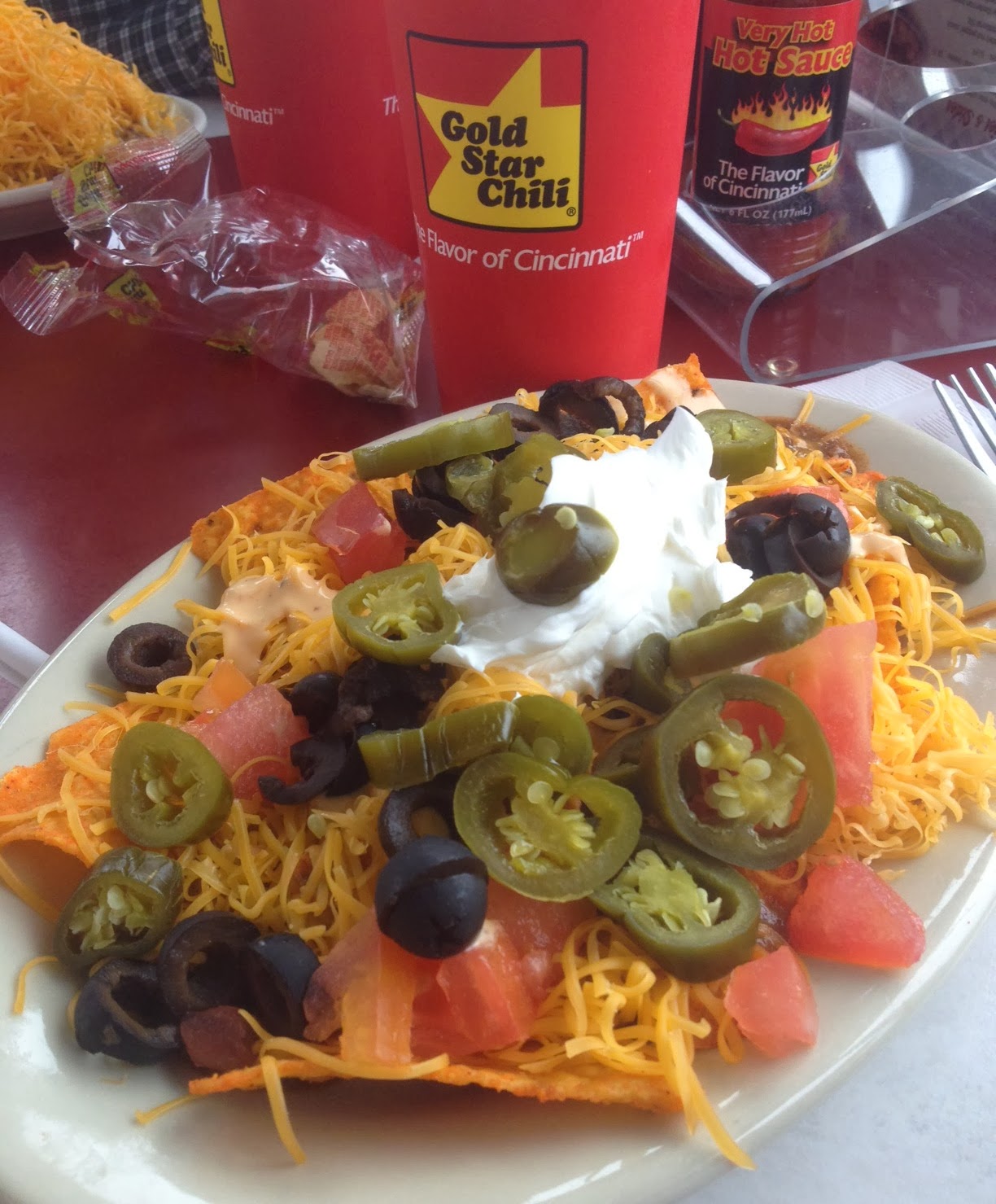 But then it was my turn – my #Cincinnacho craving was about to be filled! Doritos on the bottom  – topped with a cheesy salsa ranch, Gold Star Chili, shredded cheddar, olives, tomatoes, jalapenos and sour cream!

They were delicious!!! I’ve had their regular nachos and thought they were fine – but these were REALLY GREAT! The ranch added a little creaminess and this was the perfect size for lunch. As long as these are around – it’s my new favorite order! (I would recommend eating them in the restaurant – sog factor when you get them to go.) 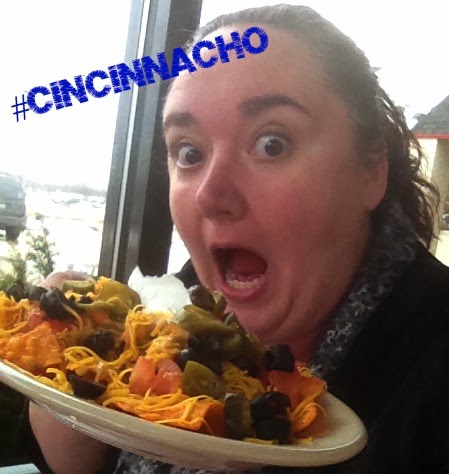 And here’s my #Cincinnacho Selfie!
Have you tried them? You really should – I was pretty surprised by how much I liked them! Yum!

Disclosure: Gold Star Chili provided me a gift card to try their new nachos but the opinion is all my own.