I’m keeping moving on my Cooking Light blogger network and found so many great recipes that I had to try from the May issue and one of them was Shrimp Fried Rice! 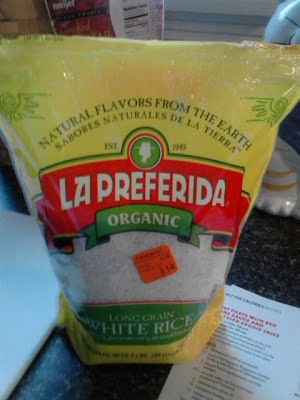 First I had to buy some rice and, as a couponer – I’m always looking for a deal. I found this big package on the clearance rack and snagged it. Larry loves rice and I’ve always been happy with this brand. 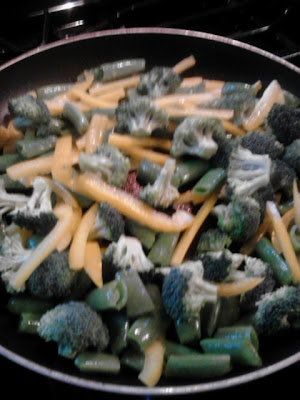 First up – I stir fried my veggies and then set them aside…I tend to modify recipes a bit to what I have and what we like. Larry isn’t big on peppers so I used one yellow pepper, broccoli and snap peas. I would have added mushrooms but we were out. 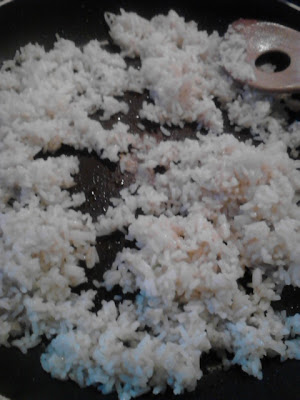 Then I was frying my rice! I cooked the rice first (recipe recommends day old – but I didn’t plan ahead enough), then added a bit of oil to the skillet and put the rice in. I was really shocked at how much flavor this added to the rice – I will likely do this from now on – it’s so much better!!!! And since Cooking Light taught me this trick – I feel good about it health-wise as well. 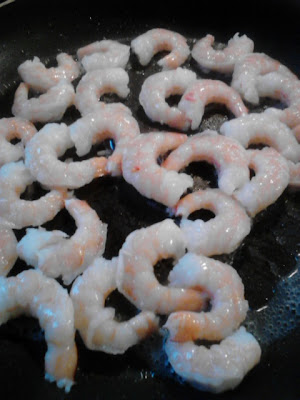 Then after removing the rice, I put the shrimp in the pan. I’ve never used the “fresh” shrimp with the shell on – I’m a bit nervous about all that peeling and worrying about veins and such. So I just use the bagged pre-cooked kind and we’re always happy with them. I also ALWAYS pull off the tails before cooking – it’s so much easier to eat and they pop right off when they’re cold! 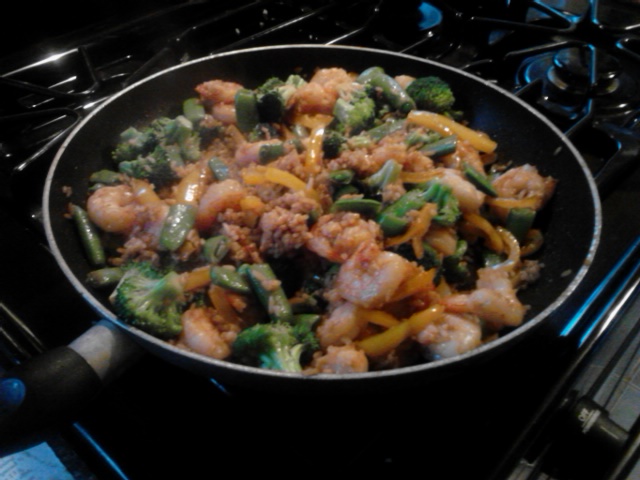 After all the cooking and setting aside – once the shrimp is done – throw it all back together in one pan and  stir! I added soy sauce right in since Larry and I both like that a lot.
I have to say this was EASY and DELICIOUS! Seriously – I will make this from now on – probably every week.
As usual – I tweaked a bit: no edamame, sesame oil, rice vinegar or Sriracha (although I did buy some of that – it’s really cheap)…but it was still incredibly delicious!
I did use the ginger and while I’m not really a fan of ginger – it was not overpowering – although I probably did not use a whole tablespoon. We just don’t like it much…
Have you tried any new recipes from Cooking Light lately? I can’t wait to try even more in June!

This dish is best if you use day-old rice. Cook it and spread in a single layer on a baking sheet to cool completely. Then refrigerate overnight to allow it to lose any excess moisture.
Cooking Light MAY 2012

Previous Post: « I was hoping there would be Firemen serving me…
Next Post: I did not have any wheatgrass… »