I love being one of the Cooking Light Bloggers! I get a free subscription as well as free cook books every now and again. One I recently got was Real Family Food: 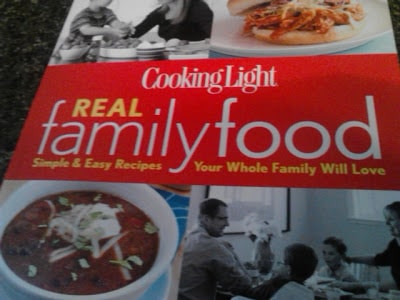 I really love it! And why? 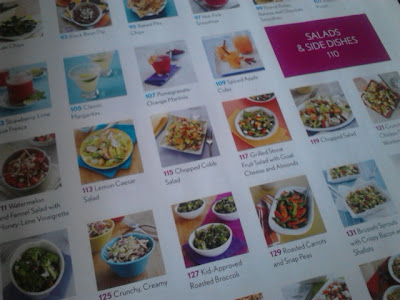 In the index there are pics of every recipe! Then you can see what you’re looking up! I’m all about the visuals – so this was really helpful. 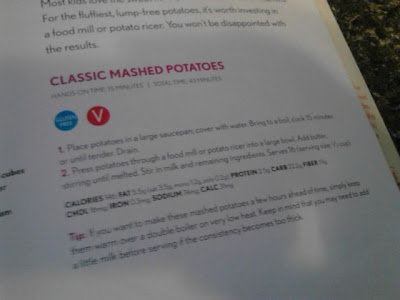 I was specifically looking for mashed potatoes since Larry said he wanted some…yeah – I’m that dumb – I need a recipe to make them. I mean – I know how – I just wanted to make sure I had the measurements for the milk, etc.. right. 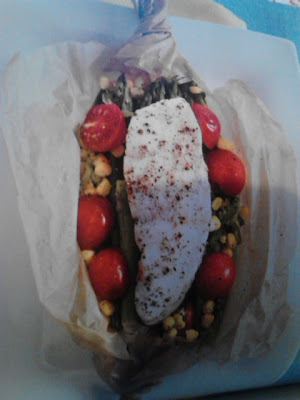 I also have some parchment bags left from Paper Chef and I saw this recipe called Twisted Fish and thought that would go really well with the mashed taters! 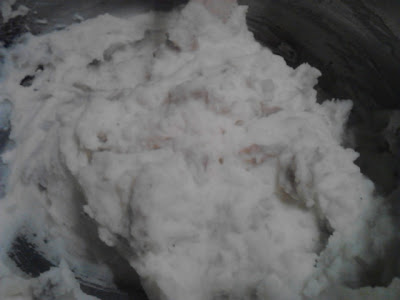 Ahhhh homemade mashed taters! I just used regular baking russets and they were easy to make. These had milk and sour cream in them – which was a great mix. I used four big potatoes and we had enough for dinner plus leftovers! 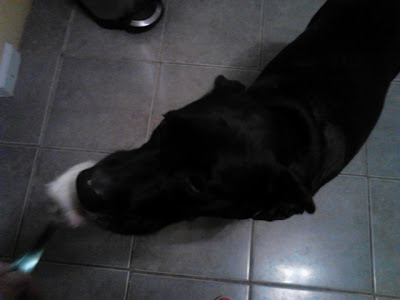 Dog is such a beggar – she was sitting so well – so I grabbed a spoon and scraped out the pan…she was much obliged to take care of that spoonful for me! 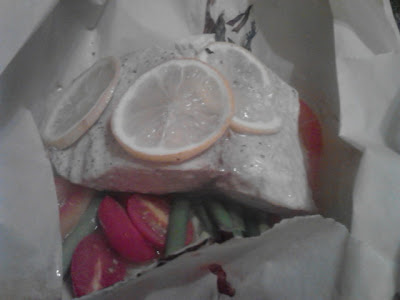 The recipe for the Twisted Fish called for Halibut, unfortunately Meijer was out of it! So I decided to try Mahi Mahi. I know it’s not the same consistency – but we both like it so I went for it. It did take longer to bake – but came out perfect! 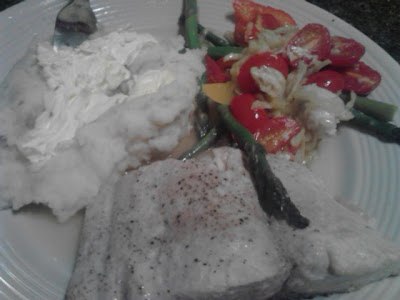 It’s funny – this photo looks like I colorized it – but no – it’s just the veggies are the only thing that isn’t beige!

Overall this was a great meal! I was able to make it after work – which is quite a feat for me – as I’m usually too tired – but they actually worked well together. While the potatoes were boiling I put together the veggies in the parchment bags and then got the fish on top. Then while that was baking – I finished off the taters.