Sushi is something I like a lot – although I admittedly am not very adventurous when it comes to the kinds I’ve tried. That said, it was about time I got to try the “make your own” sushi at Fusian in the Tower Place mall in downtown Cincinnati. 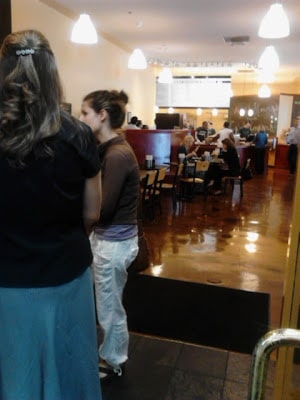 As many others have said, it is very Chipotle-ish in its setup – you get in line – pick your wrap and protein and move on down. The line was to the door when we got there but moved really quickly. 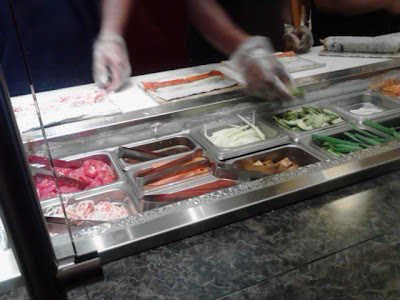 Here’s the “salad bar” area – salmon, tuna, krab and lots of veggies…plus there is cream cheese and a variety of sauces you can add inside and on top. 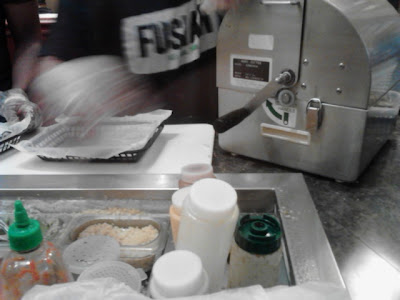 Then the whizbangy “cut your roll into ten pieces” machine! This is a pretty slick tool that they have – just have never seen one…one of those “SO THAT’S HOW THEY DO IT” moments! 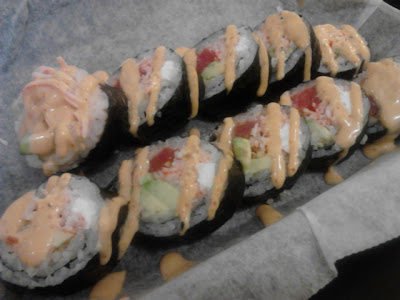 Finally – my sushi – I went for tuna, cream cheese, krab and avocado with the spicy mayo. It’s kind of the standard stuff I like – although I know – cream cheese is an abomination to true sushi people. Oh well – I like it. The roll is like $7-8 (with the two proteins) and I really liked it. My husband always asks me why I get sushi if I’m just going to cover it in mayo and soy sauce – he’s probably right to a point – but it is tasty!

I was actually back again today and tried a piece of the tuna on it’s own and it was okay – I guess it sort of tasted mushy and not a lot of flavor. I really have never tried a piece of tuna on it’s own other than the amazing poke I had at the now-defunct Aqua. It was okay – I don’t want to go so far as to say it had previously been frozen – but meh – it needs the sauces.

Why Should You Go? If you like sushi – it’s definitely worth a shot. They do have options like chicken and steak if you’re really feeling adventurous. I enjoy the sushi and it’s definitely filling!!! With a drink – it’s a $10 lunch – fyi.