Sorry for the delay in the next couple of letters of the alphabet – life happens. I got sick, got laid off, blah blah blah. But hey – I’M BACK! And next up is the letter D! You voted for Dusmesh Indian in the Clifton/Northside area across from Cincinnati State. 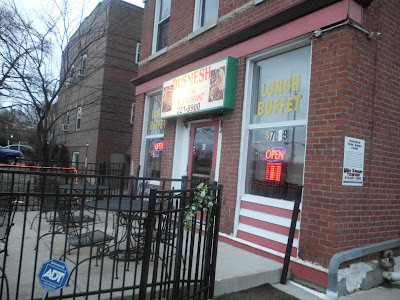 It’s in a house on Ludlow and it’s BYOB – that’s a pretty popular option here in Cincy although I’m a Diet Coke girl so it doesn’t much entice me.

Inside it’s dimly lit and cozy – much cozier than the typical Indian buffets that I’ve been to – feels more like a restaurant than a buffet.  I went on a Sunday evening so it wasn’t buffet time but I do know they have one during certain hours. 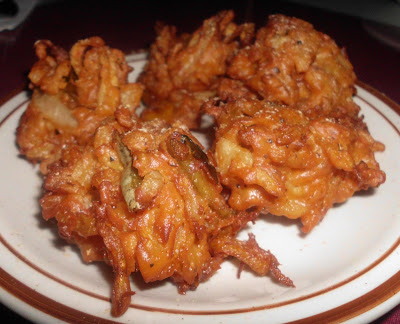 We started with the Veggie Pakora ($2.99) – I love these little fried critters. These were spicier than the ones you typically find on the buffet. These were great – not at all greasy – and the spice was just right. They dusted them with salt too which was a nice touch. 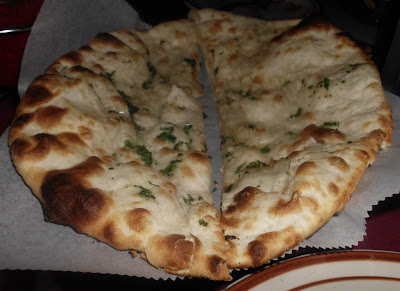 I’m a huge fan of naan and ordered the paneer naan ($2.99). I’ve always wanted to try it and now that I’m back on the cheese train – I thought I’d try it. Well the naan was good but I have to say – we sure couldn’t detect any paneer in it. I’m not sure if she wrote it down wrong or if it’s not “stuffed” like I was thinking. 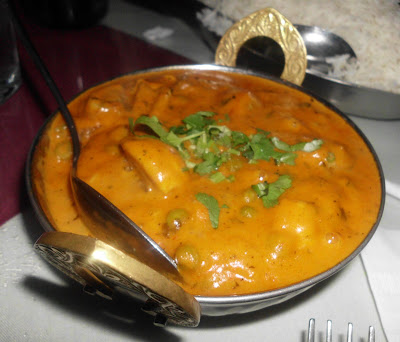 I got the Mushroom Matar ($9.49) as usual. The spice level at Dusmesh is a 1-6 and I got a 2 – I’m kind of a wuss. This was PERFECTION. This was even better than Baba and Kanak – which I didn’t really think was possible! There was more seasoning and fresh mushrooms rather than canned. This was DELICIOUS! I have to say – I’ve found a new Indian favorite! Anybody know of a recipe for Matar? 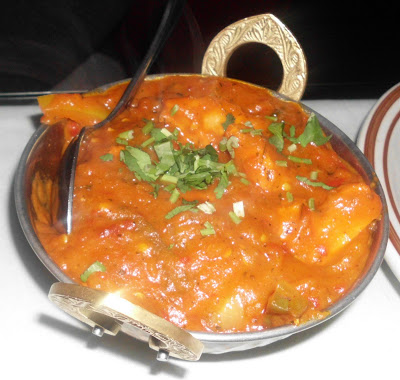 Deb got the Chicken Jalfrezi ($10.99) and got it at a 4 spice level and that was a BIT much for her. So take their spice levels seriously! She did enjoy it though. She’s fairly new to Indian food – so sticks to the Matar, Masasla and Jalfrezi as it tends to be the best items for newcomers to try. 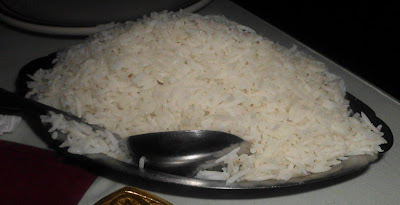 Of course we got the great basmati rice – this is also my standard now. I never make white rice anymore!!!! 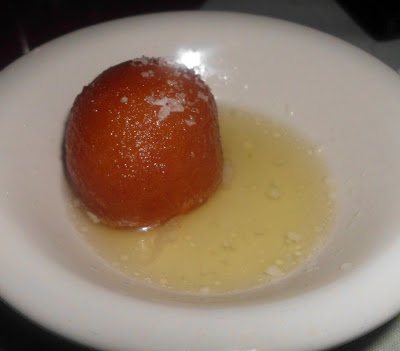 The surprise of the night was that we got dessert too! It’s a half-serving of Gulab Jamun ($2.25 for 2) which is a fried cheese ball soaked in honey syrup and served warm. While I didn’t realize it was a cheese ball – it was good. It tastes like a little donut that’s drenched and soaked in honey. I really enjoyed it! I’m not big on the typical Indian desserts (mango stuff or rice pudding) – but this was great!

Why Should You Go? Um – cuz it’s awesome! Thanks so much to all the voters here because I have found a new Indian favorite. I’ve always been pretty high on Baba but this was just better!