A long time back I’d won a $25 gift certificate from the Greater Cincinnati Independents to Andy’s Mediterranean Grille. I finally got the chance to use it! 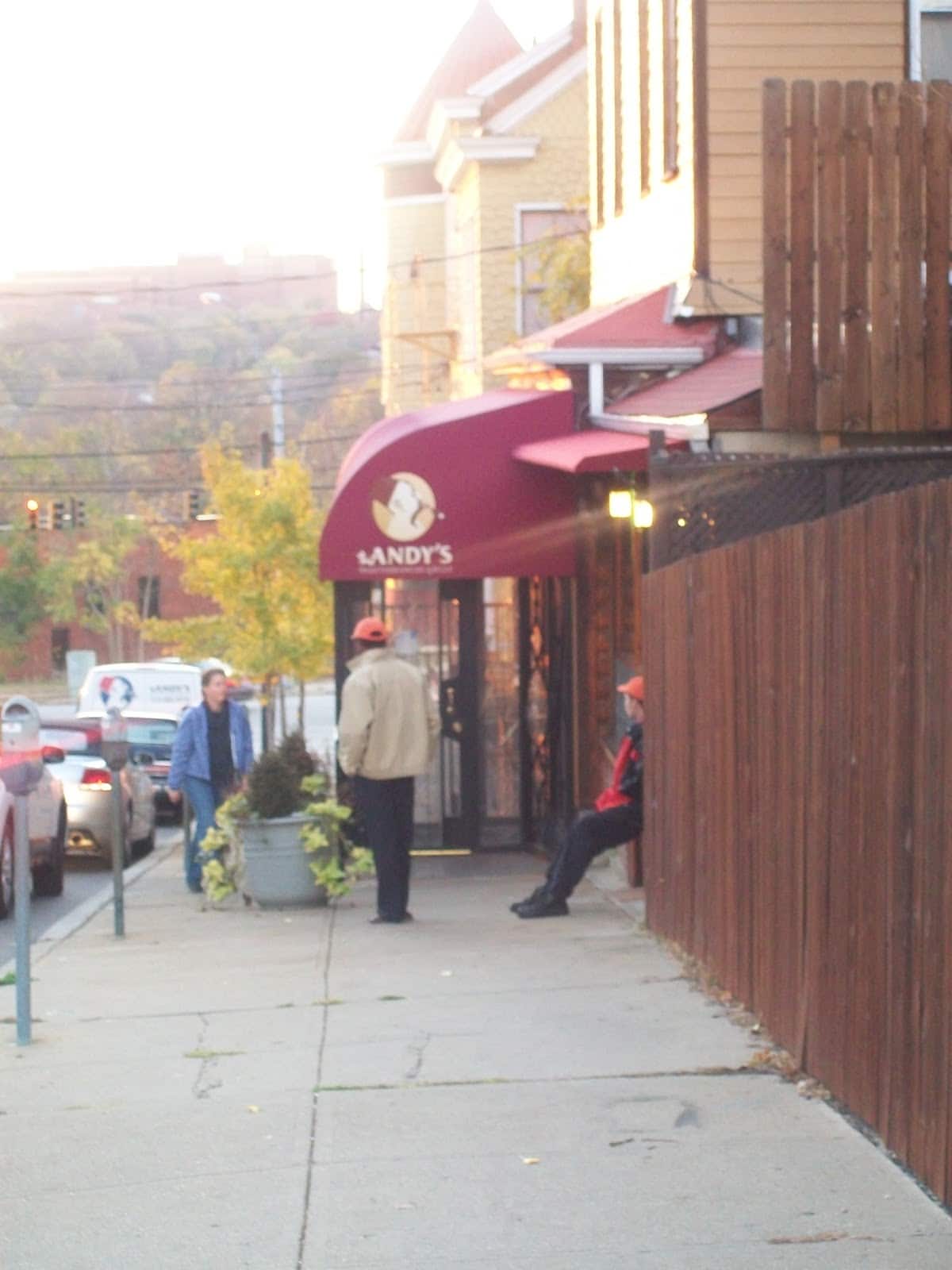 Andy’s is in Walnut Hills and pretty easy to find – even for the directionally challenged like me. 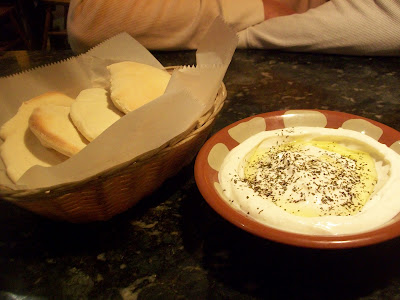 We started out with Labneh ($7). I’ve only been to Andy’s once before and this was all I remembered. It’s really like a bowl of sour cream with olive oil, garlic and spices. The fresh pita were fine – but not my favorite. They’re kinda dry and flavorless but thankfully warm. 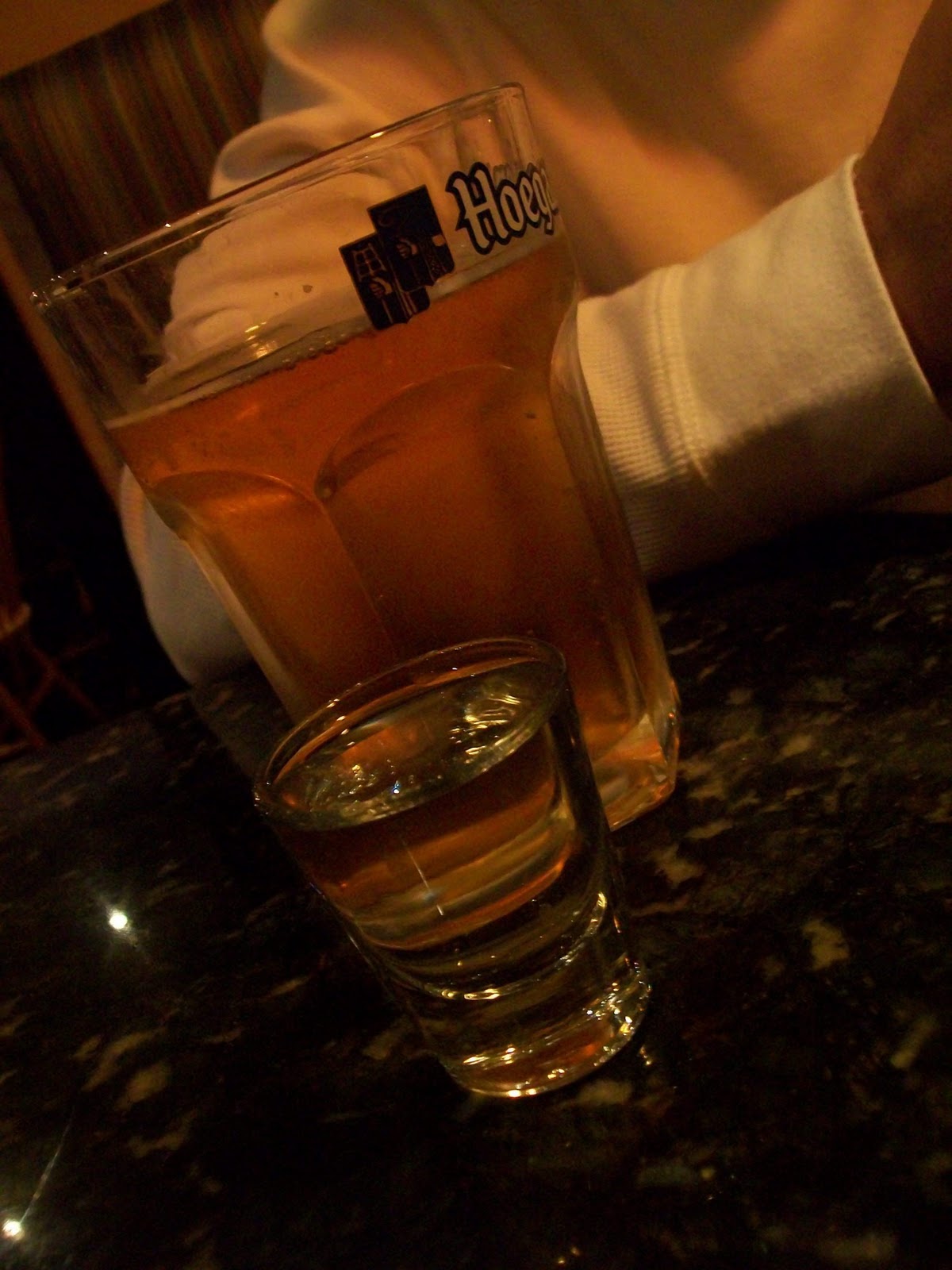 I spotted something called a Lebanese Car Bomb ($8) on the menu. Larry is far more adventurous than I am and agreed to try it. It’s a glass of Almaza (Lebanese pilsner) and then served with a shot of Arak. Arak is the Lebanese equivolent of licorice-flavored gasoline. One whif was enough for me. Larry managed to sip on this throughout dinner but it wasn’t too good. 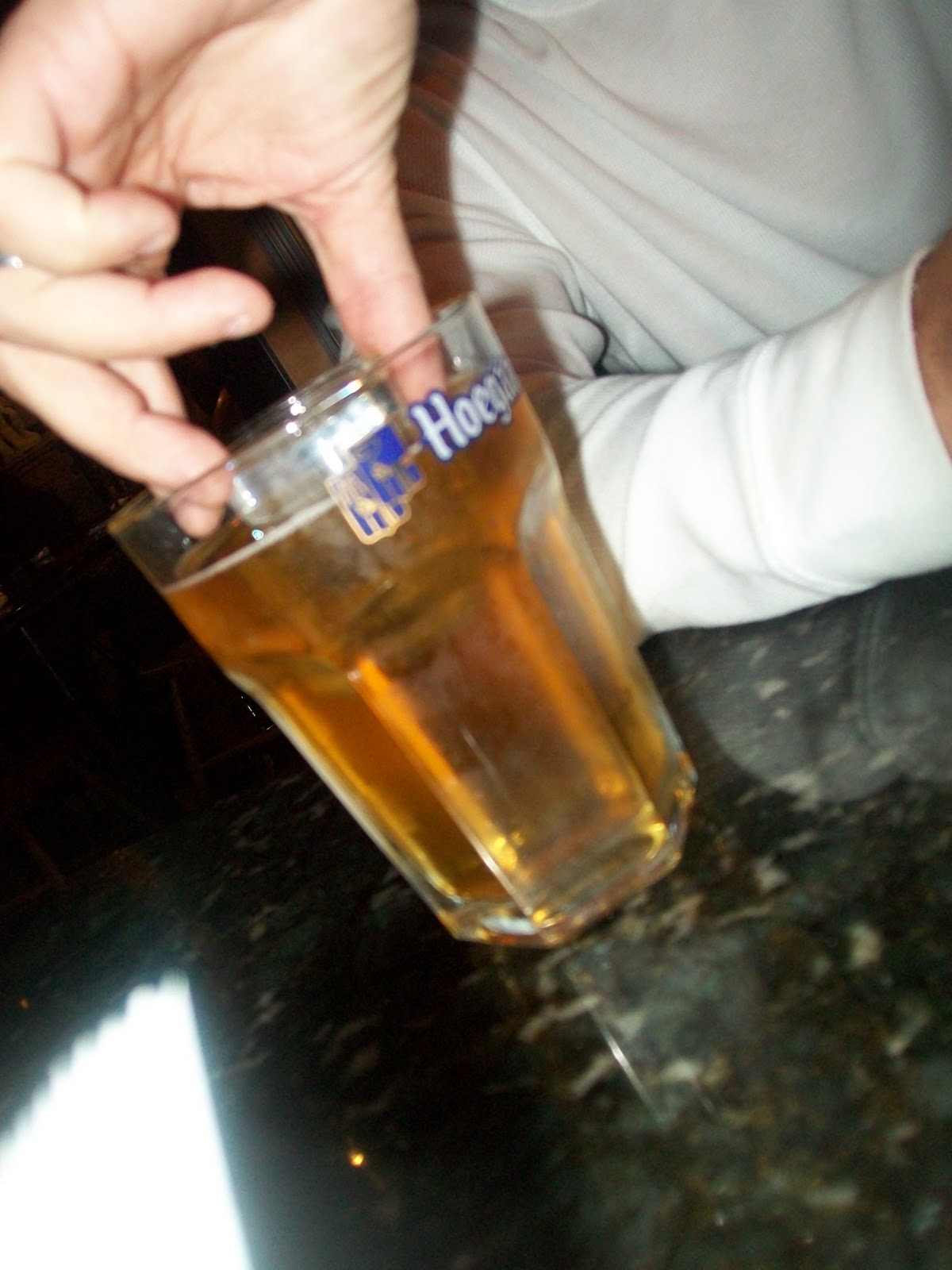 He liked it solely because there was action involved – here is dropping the shot in the glass. GAK! 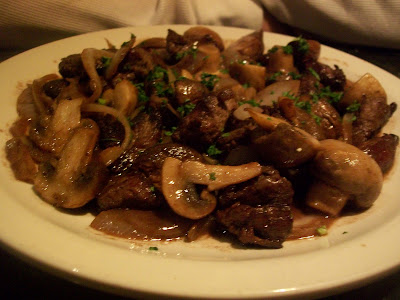 Larry got the Filet Tip Saute ($18) and asked for light onions (waitress said it’s HEAVY on the onions). It’s steak tips, onions & mushrooms in a red wine sauce. It was okay. The sauce was good but there wasn’t enough of it. The steak tips were overdone and dry. 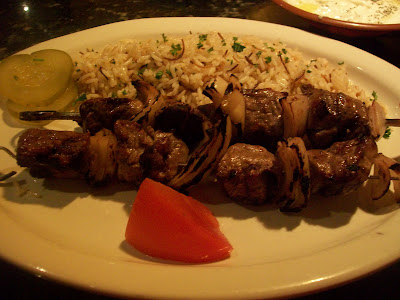 On my one trip to Andy’s, I thought everything was really dry so this time I specifically asked the waitress what was NOT dry. I was kinda hoping for some sauce – but she directed me to the Lamb Shish Kharouf ($20). She said she typically dips whatever she gets in labneh (smart cookie) but she’s had customers rave about the lamb dish and that it’s never dry.

She was right! It wasn’t a bit dry – and the lamb was cooked perfectly and was moist and juicy. Far better than Larry’s poor steak tips!

The rice was fine but I have to ask – what’s with the 2 pickles and a tomato wedge? Seems like the oddest garnish for a Mediterranean meal? 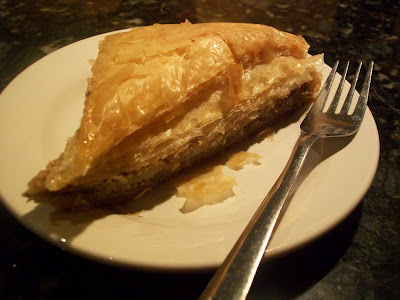 We made sure to only eat half of our entrees so that Larry would have leftovers and I would have room for baklava ($3.50). It was okay – the bottom crust was pretty tough and kind of impossible to cut with a fork.

I do want to mention service was great and Andy was walking around chatting it up with diners – he’s definitely got to be a big reason why the restaurant is successful.

Why Should You Go? I hate to say it – but I wouldn’t. Cafe Mediterranean in Anderson is far better and more affordable. The labneh is excellent – but again – how bad can a bowl of sour cream ever be? The lamb was also good – but $20 seems a bit steep. The lamb was good but the rice was bland and I’m not paying $20 for the rice! Andy’s has a big following it just isn’t my favorite. We were hoping for some belly dancers since we were there on a Friday but didn’t get those either – maybe we were too early.