My friends at Local 12 invited me back for St. Patrick’s Day – I decided to whip up some Boozy treats for the holiday! Cuz that’s what the holiday’s about – right?
So first up – Leprechaun Balls! How is that not fun?! 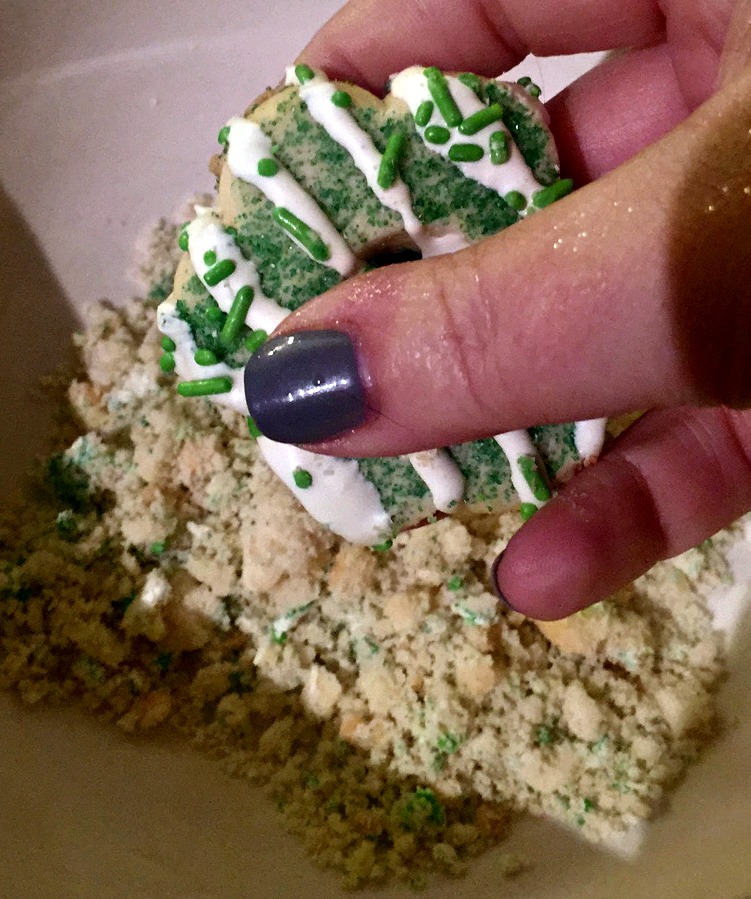 It’s super simple – you just crush the cookies! It gets some aggression out – crush away. I then added green food coloring until it got super green. 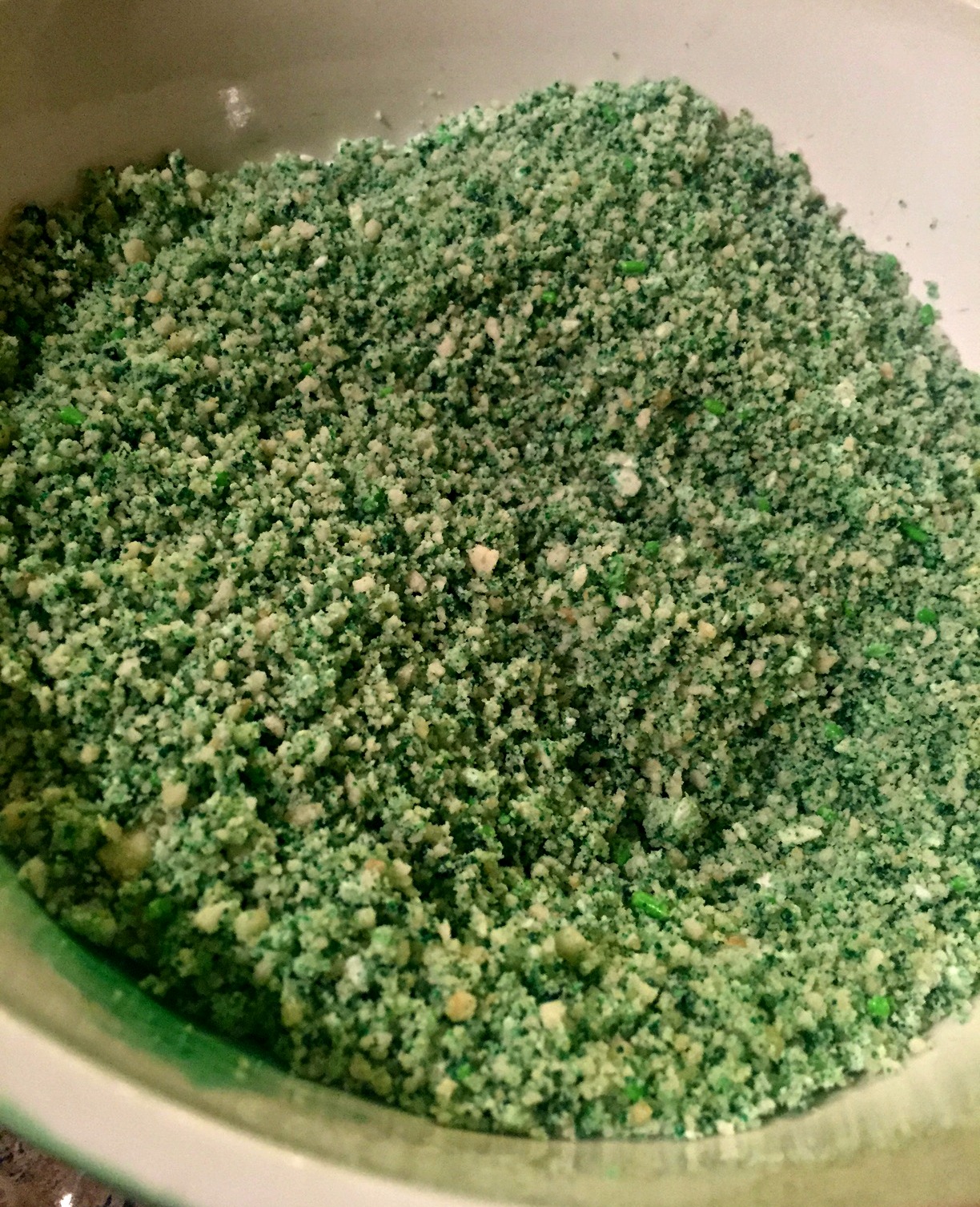 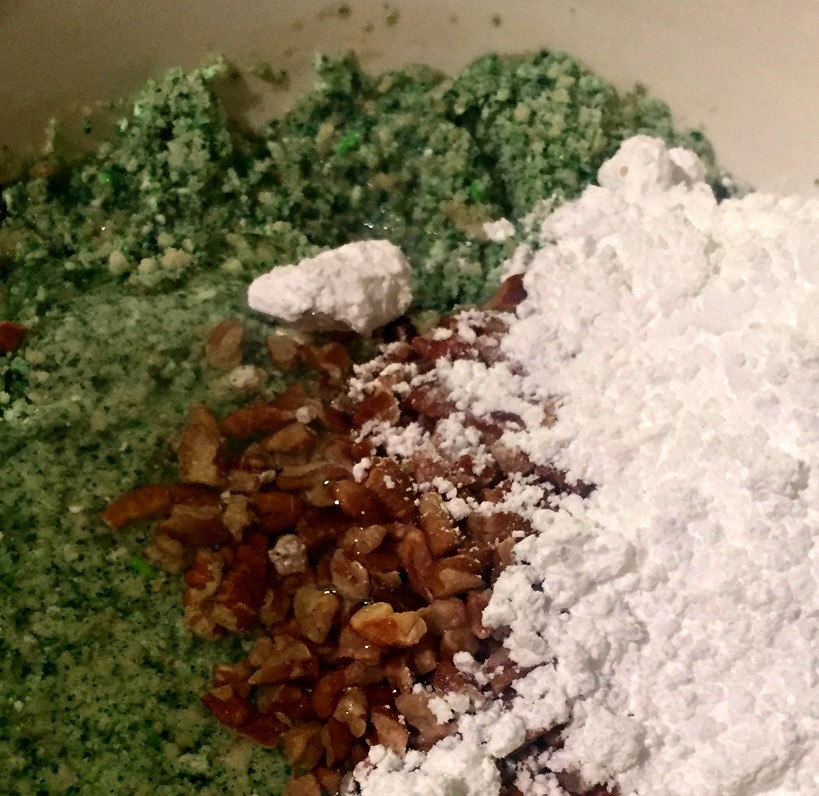 Then you add in the corn syrup, pecans, powdered sugar, whiskey & Bailey’s. Stir away… 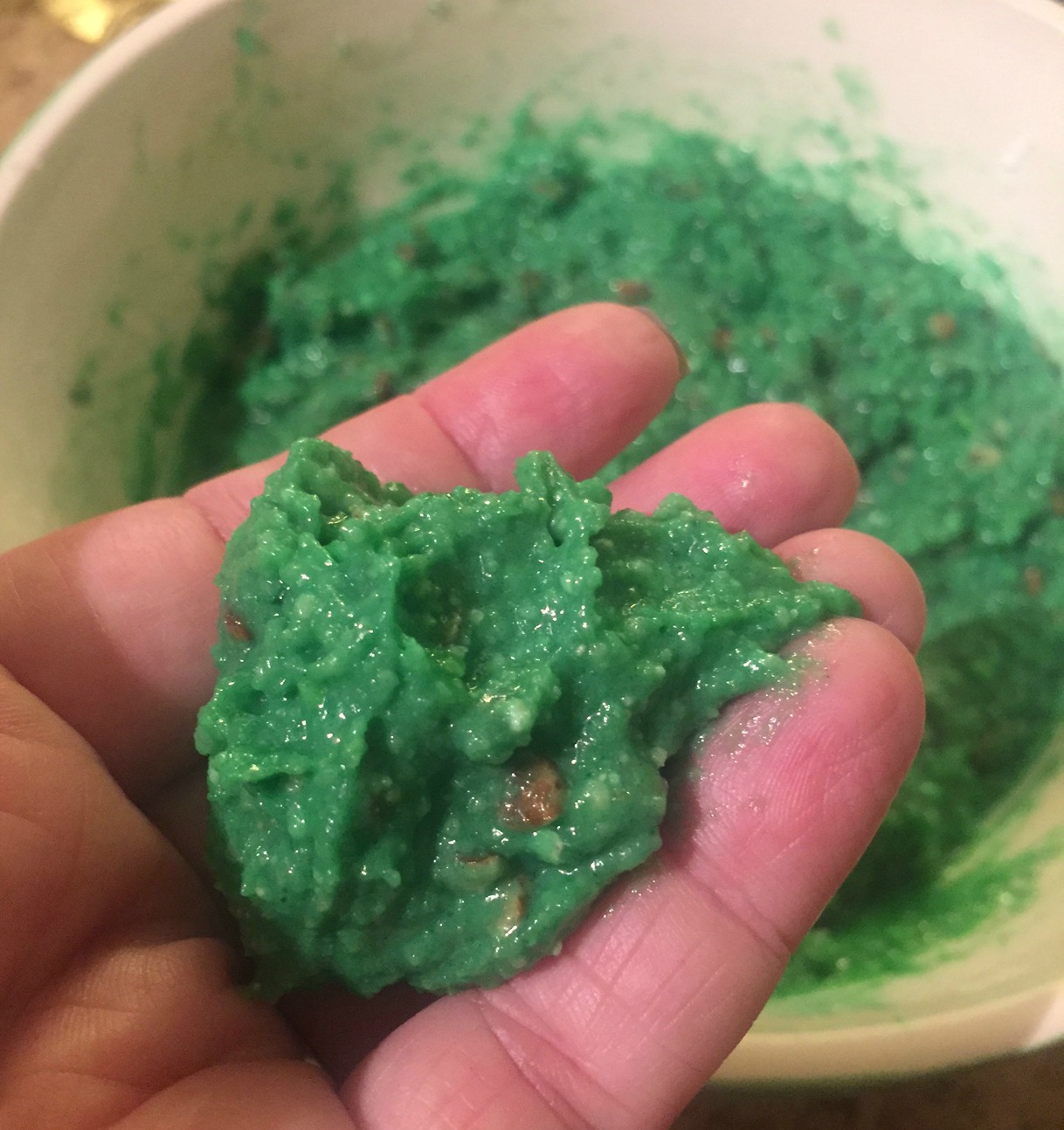 You’ll come up with this super slimy and messy green “dough” – it’s super gloppy. This was by far one of the messiest recipes I’ve made – but hey – when you play with balls, you’re gonna get messy. #thatswhatshesaid.

Then pop them in the fridge for about 30 minutes until they firm up and you have your Leprechaun Balls!

Just a reminder – the booze is in them so they are not kid-friendly. 🙂 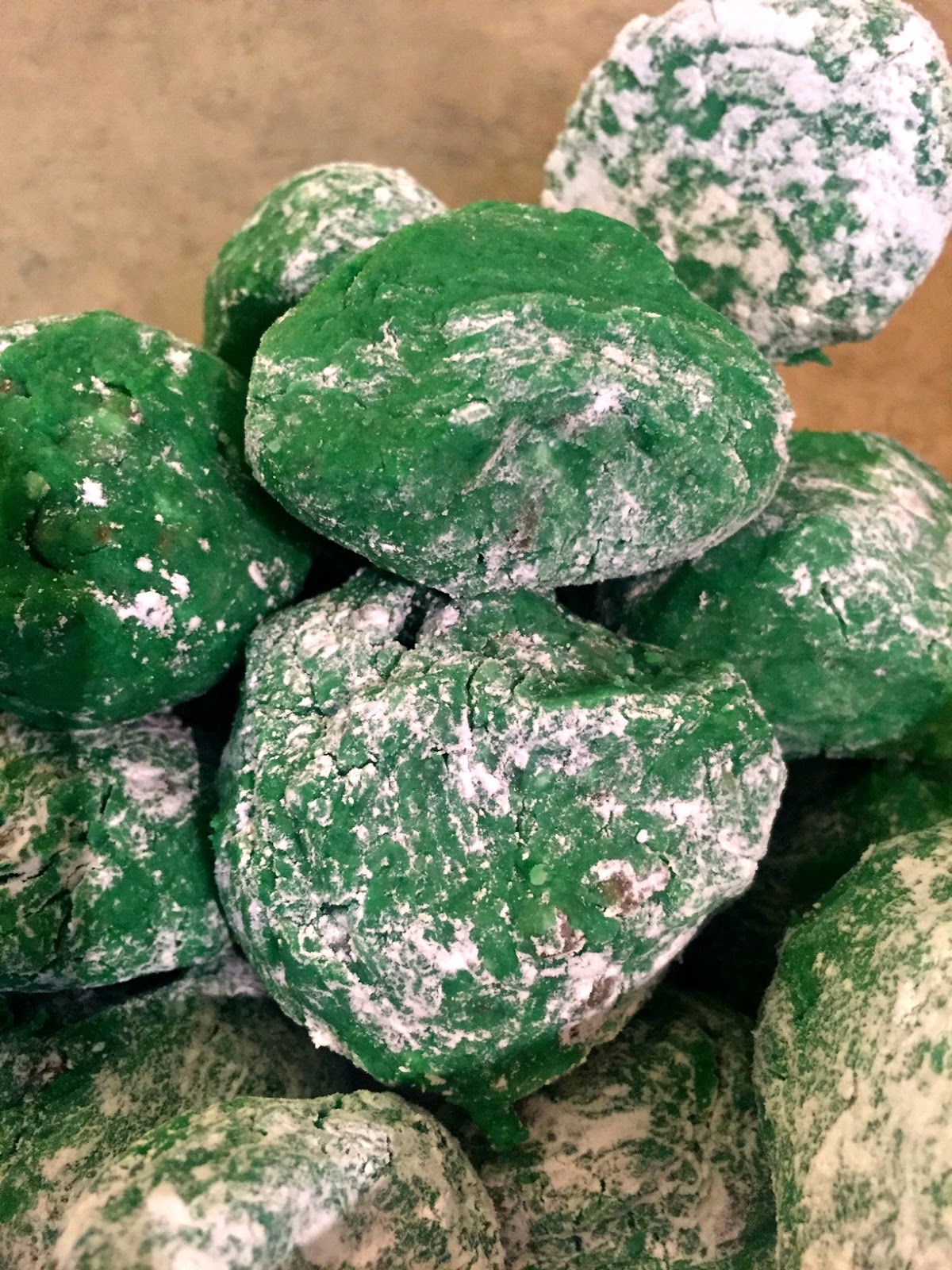 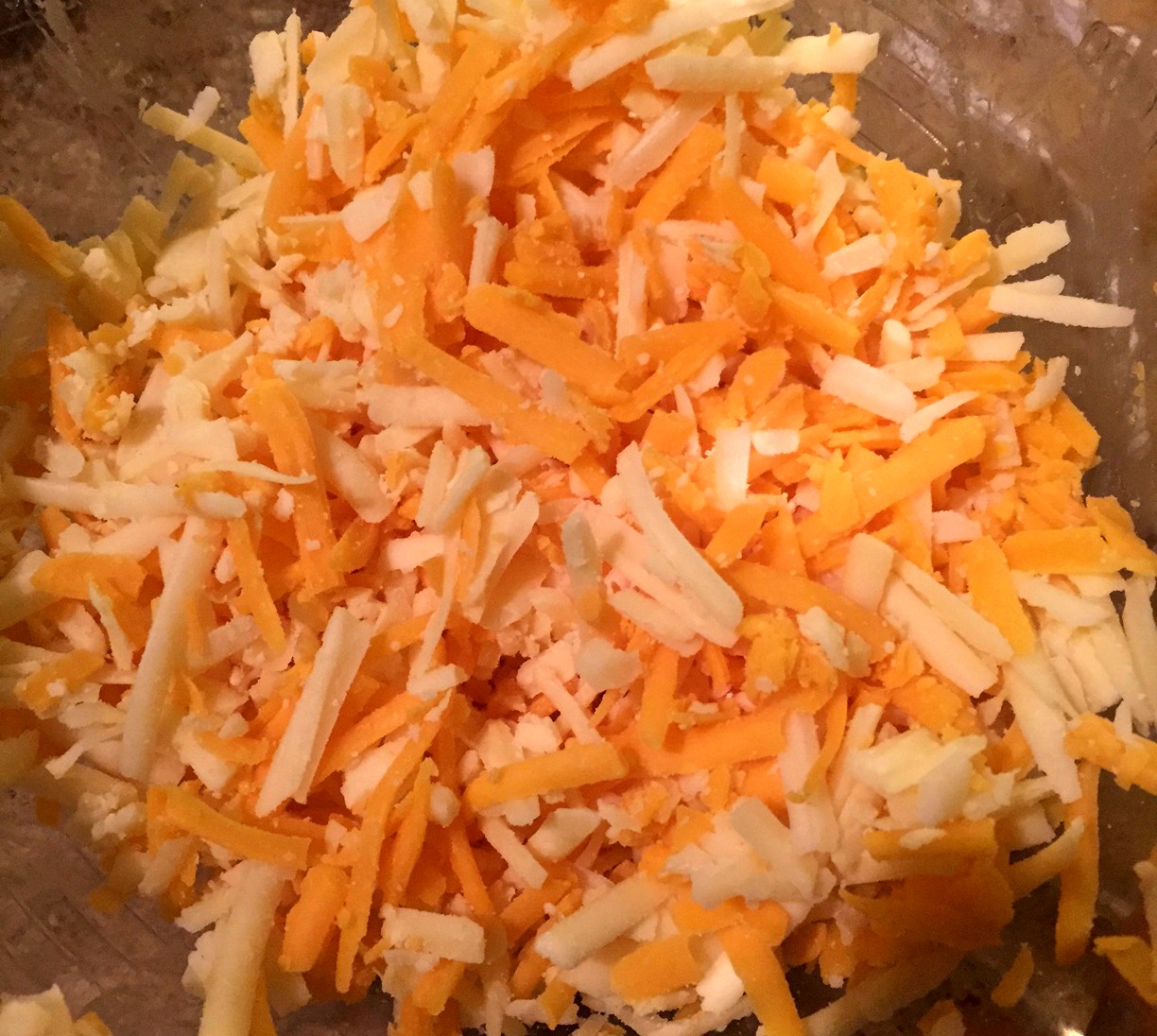 Next up – CHEESE! I love cheese – I just joined Weight Watchers and am already missing cheese. I can have it – just in moderation. This recipe called for Sharp Cheddar – so I decided to go with really good cheese (not the bagged pre-shredded stuff). In the cheese case by the deli, I chose 3 packages of sharp cheddar – one from Ireland (Kelly) and two others – I wanted a mix of flavors to give the dip more depth. 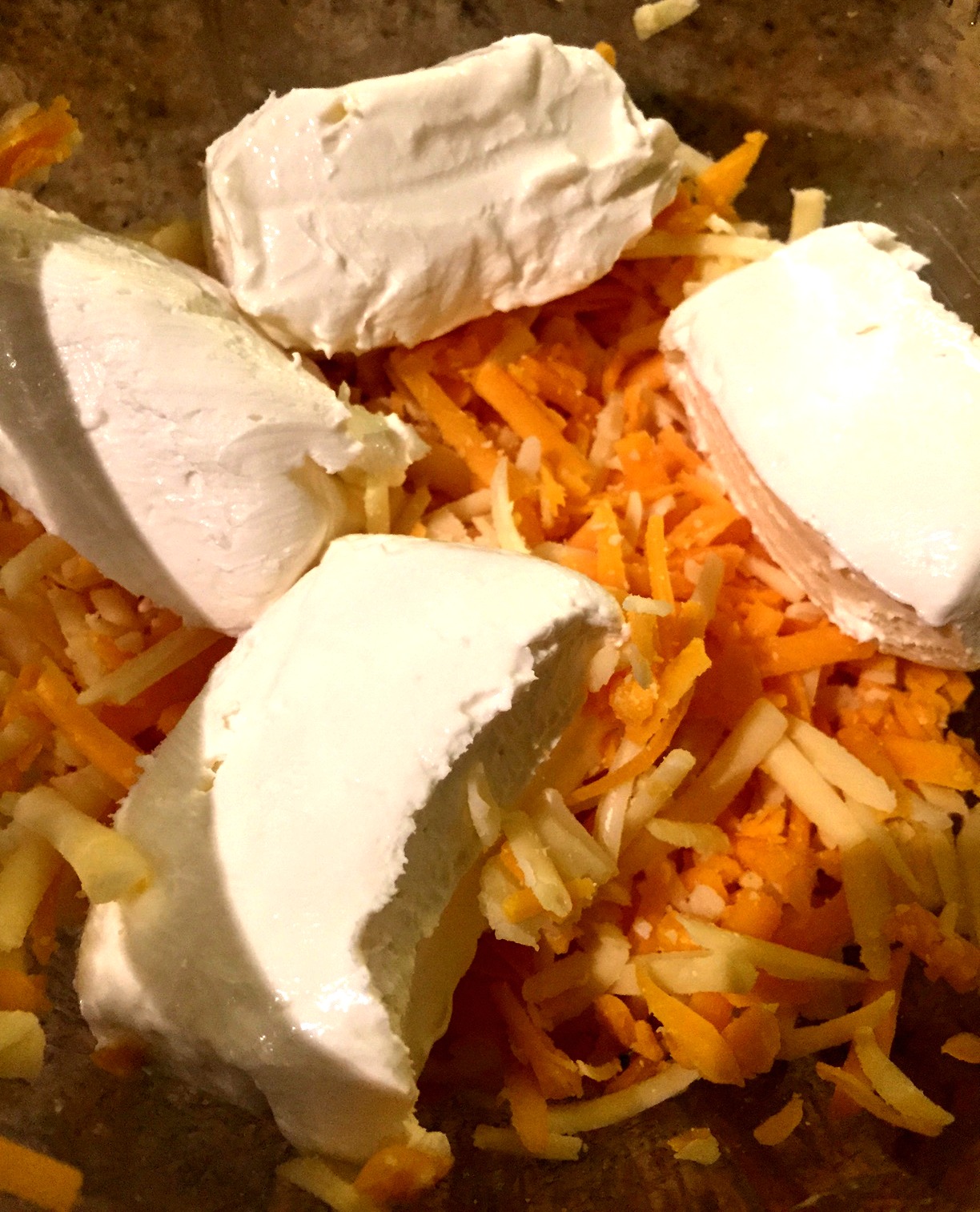 Then you add in a block of cream cheese – softened. 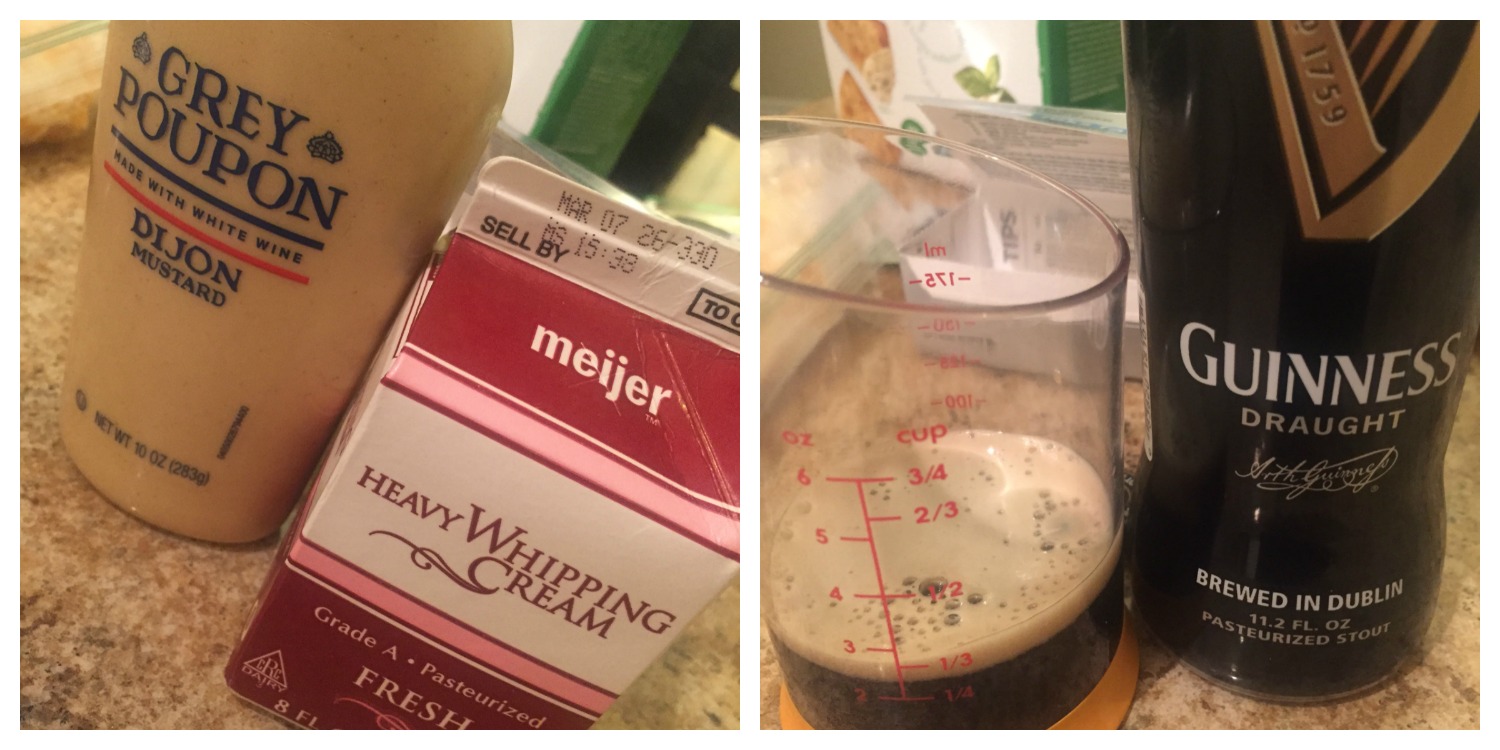 Then add in a little mustard & cream – and mix that up good. I used a hand mixer (you could also use a food processor but I don’t have one). The mixer was fine and once you took it out of the cheese and kept it running – the cheesey goodness flew right off the beaters. I only flung cheese once. 🙂

After that’s all mixed together, add in 1/4 cup of Guinness Draught. I had to buy a bottle of it – it’s not my favorite beer at all – but it’s really good with the cheeses!

Once it’s all together – refrigerate overnight and you’re good. You can add garlic, salt & pepper – but I left it the way it was and served them with the new Kashi Garlic & Pesto Peta Crisps. They had a good amount of seasoning so you could keep the cheese simpler. Tasty stuff!!!! 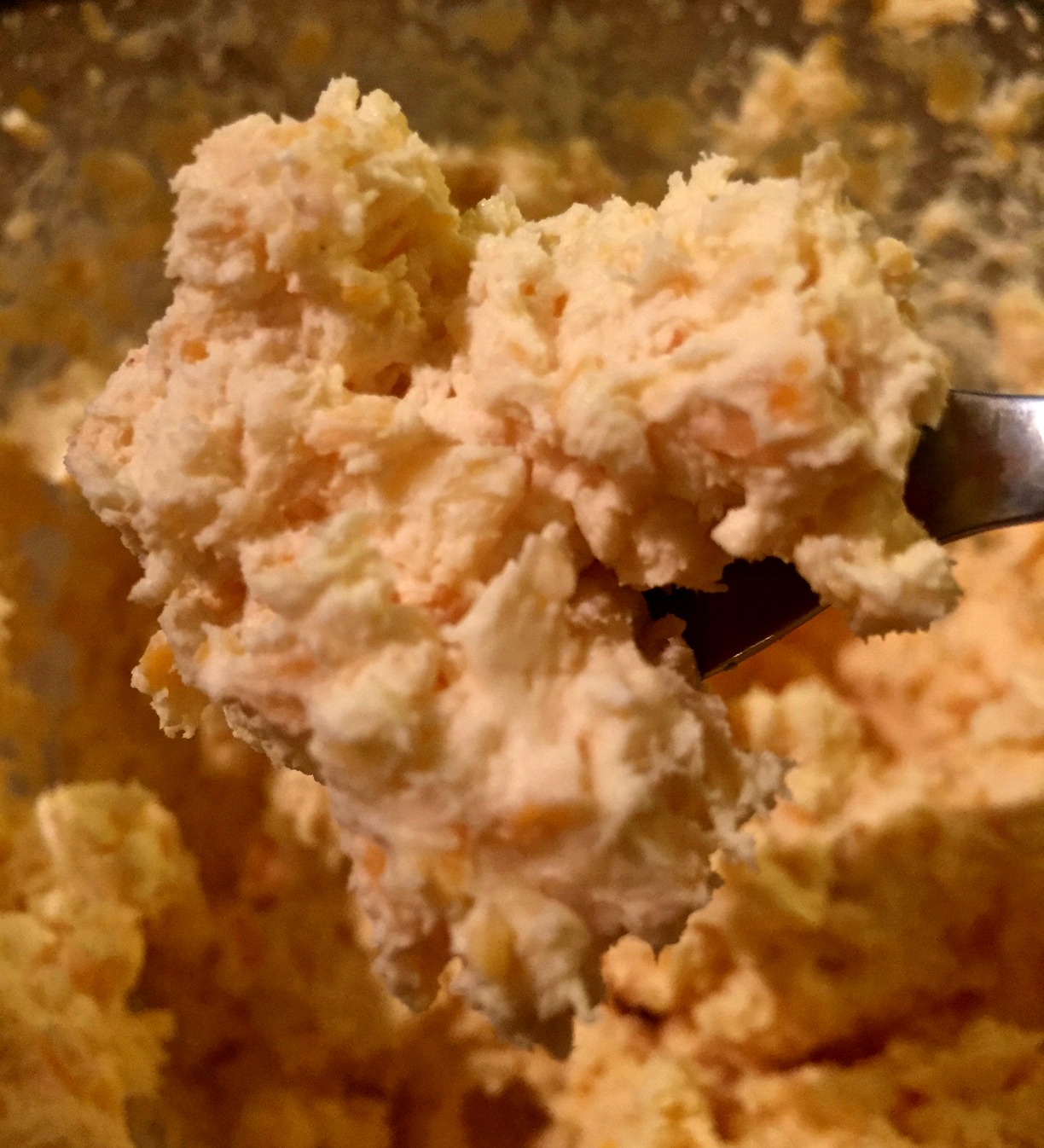 Ingredients
8 ounces cream cheese, softened
2 and 1/2 cups SHARP cheddar cheese, grated (not the cheap stuff – go for the stuff that’s not shredded and unique)
1 teaspoon Dijon mustard
2 tablespoons heavy cream
1/4 cup Guinness Draught
Instructions
1. In a bowl, combine the cream cheese, cheddar, mustard, and half-and-half.  Blend together with your mixer.
2. While mixing, slowly pour the Guinness into the mix and blend until combined.
3. Transfer to a bowl, cover, and chill at least for one hour prior to serving.
I hope you enjoy these recipes and have a great St. Patrick’s Day!!!
Previous Post: « Restaurant Review: Butterbee’s American Grille – Milford
Next Post: Craft Day DIY: Springarific Fabric Mason Jars »