I’ve heard about Red Sesame for YEARS! They started as a food truck back in 2012 and I just had never gotten to try them. Owner, BJ Kim moved to Cinci from NY in 2011 and found a shortage of options for ethnic foods and decided to take on the challenge and bring his style of Korean BBQ to the ‘Nati. 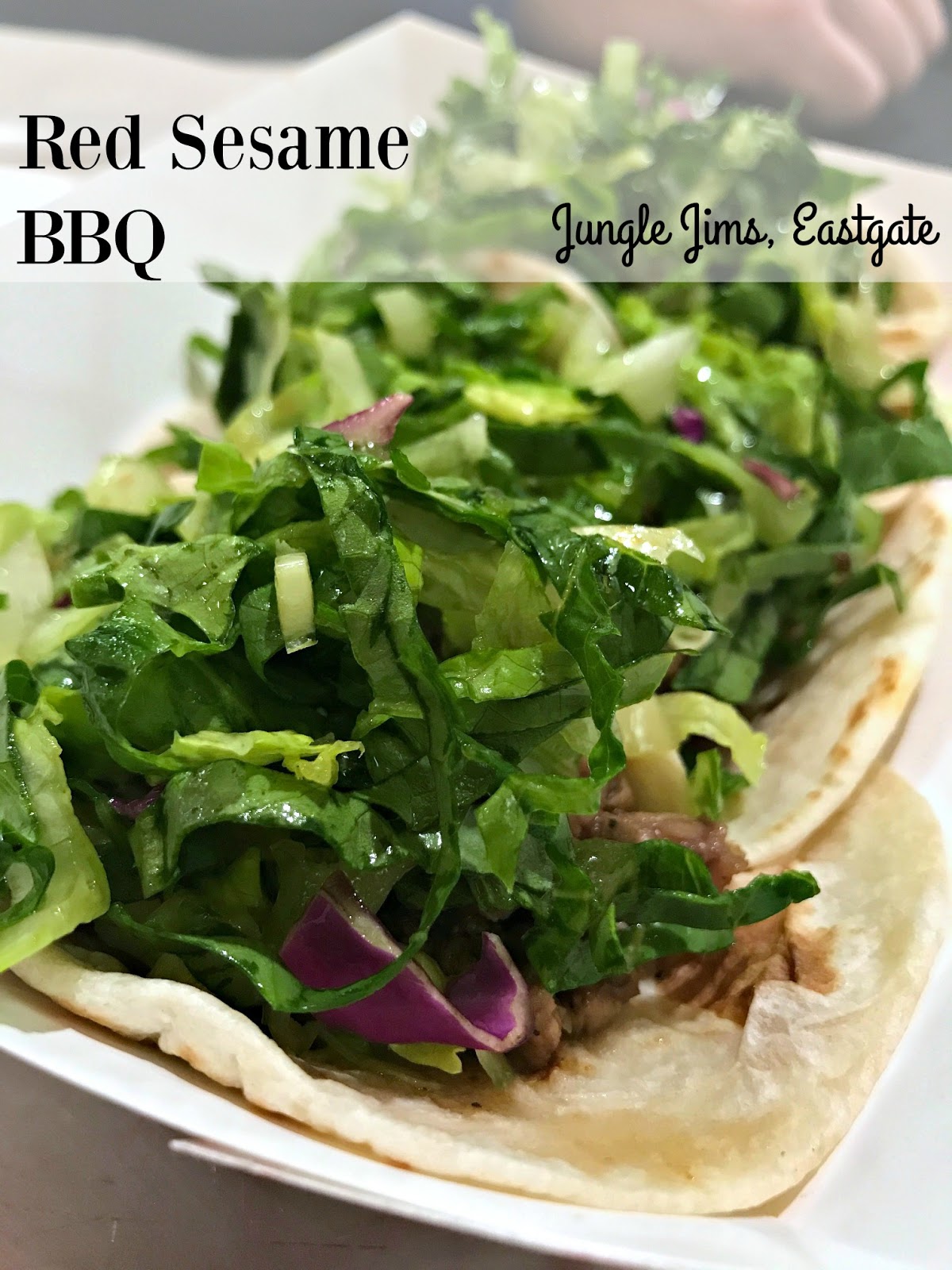 The truck and restaurant menus are similar with tacos, burritos, burrito bowls, quesadillas and a kimchi hot dog (which I really wanted to try). You can choose from chicken, steak, pork or tofu as your protein. 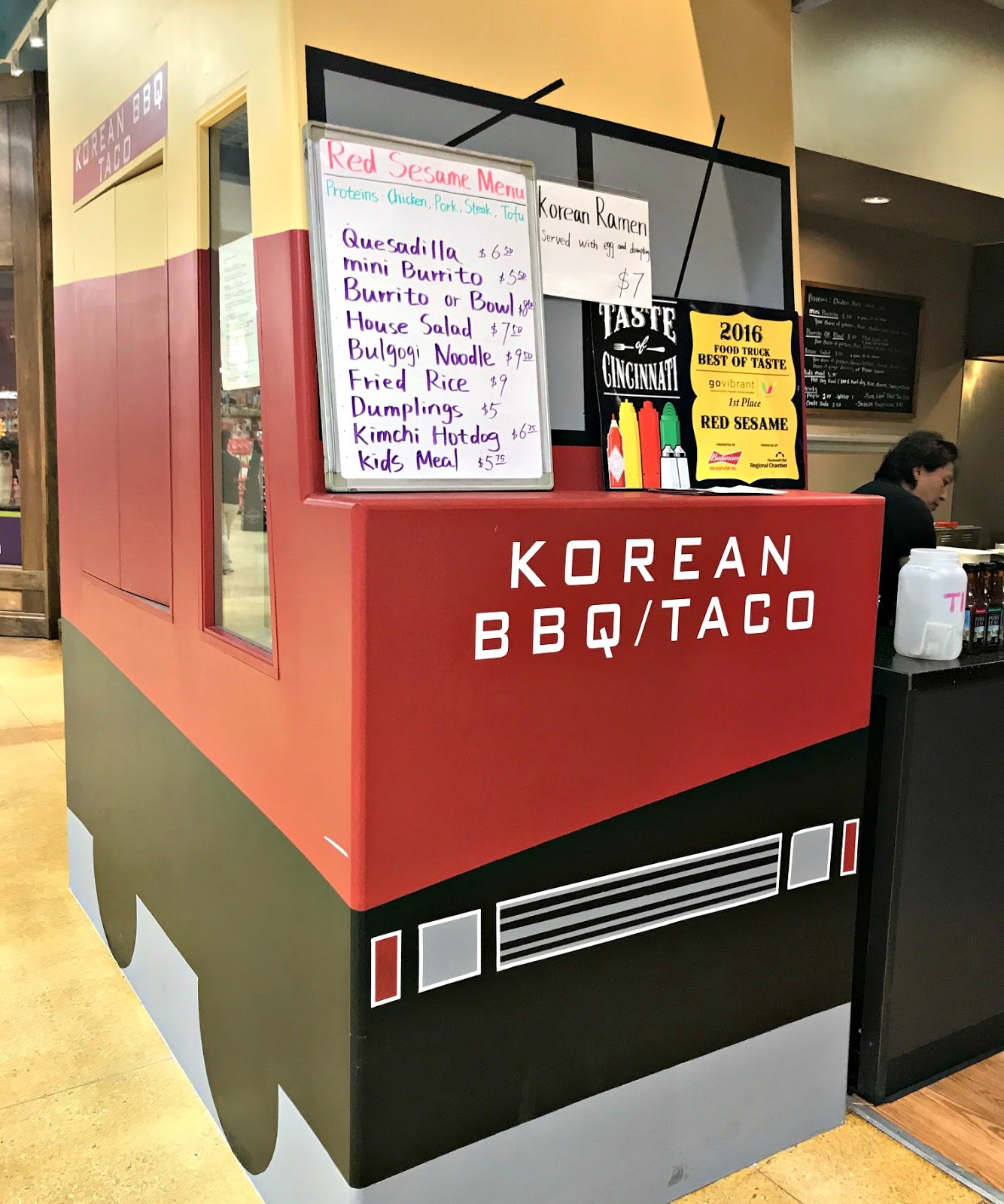 After a few years of very successful food trucking, Red Sesame opened a physical location at the Eastgate Jungle Jim’s. The menu is pretty much the same but with a few more specials and add-ons here and there. 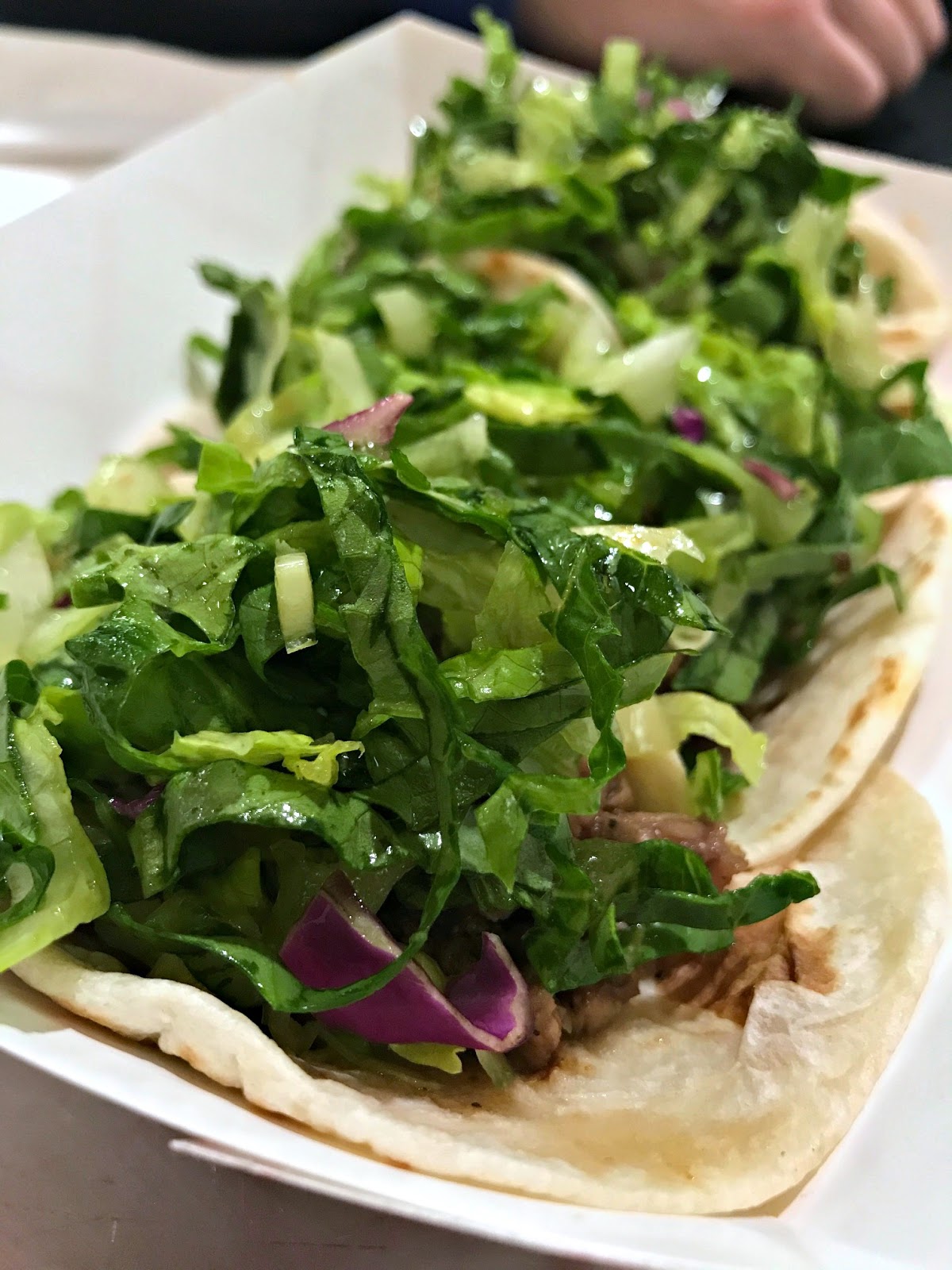 Larry got steak tacos ($9) and was fine with them – they’re definitely their own unique dish. They’re not the Mexican way with cilantro and onion but also not American with cheese and sour cream. I did try a bit and the meat was okay – not a ton of flavor and a little fatty – but not too bad. 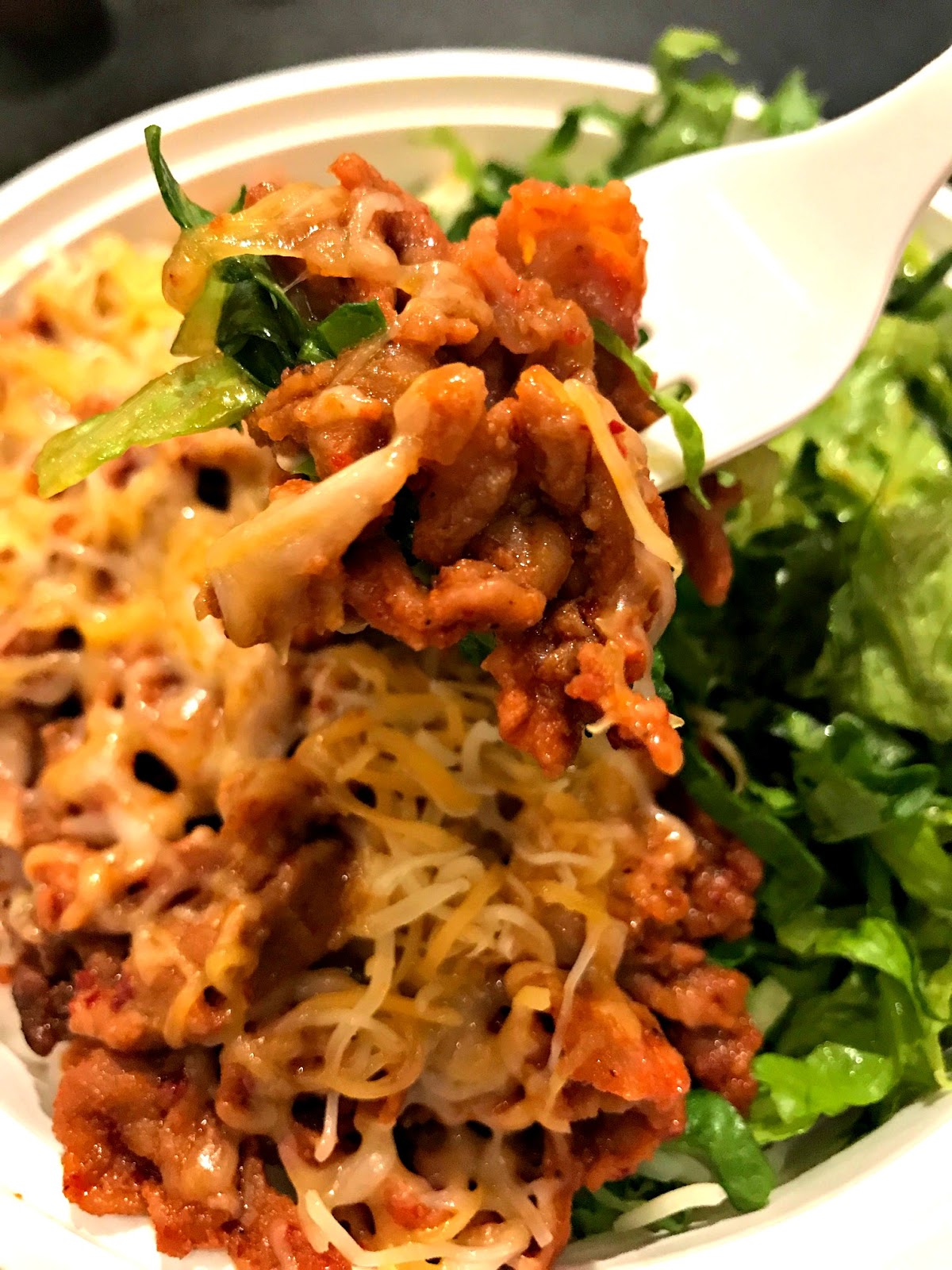 I really wanted the Kimchi Hot Dog but was feeling a little off that day and wasn’t sure that was the best option so I went the safer route with a Burrito Bowl with chicken ($8.50). It also had rice, romaine lettuce, cheddar jack cheese and a house sauce. I didn’t love the cheese on it – the meat had a very Asian flavor and just doesn’t mix well with cheese for me. (The only time you’ll hear me say I don’t want cheese on something!). The dish was super spicy – cleaned out my sinuses for sure! That said it wasn’t that hot that doesn’t have any flavor – it was full of tangy flavor – but was also spicy. I’m guessing they were heavy on the Gochujang sauce – which is fine. They can also go light on the heat if you request it.

Why Should You Go? I think it’s different and unique which I liked. I don’t know that I’m rushing back – but when thinking about the other options right there – I would definitely go back if I’m hungry near Jungle Jims. Another great option around there is Zoup. And right next door in Jungle Jim’s is my favorite cupcake in the city – Abby Girl Sweets. Their Strawberry cupcake is NOT to be missed!