Subscribe
My coworkers and I are kind of obsessed with taquerias – there are so many of them around that it’s easy to find a new one we haven’t been to. 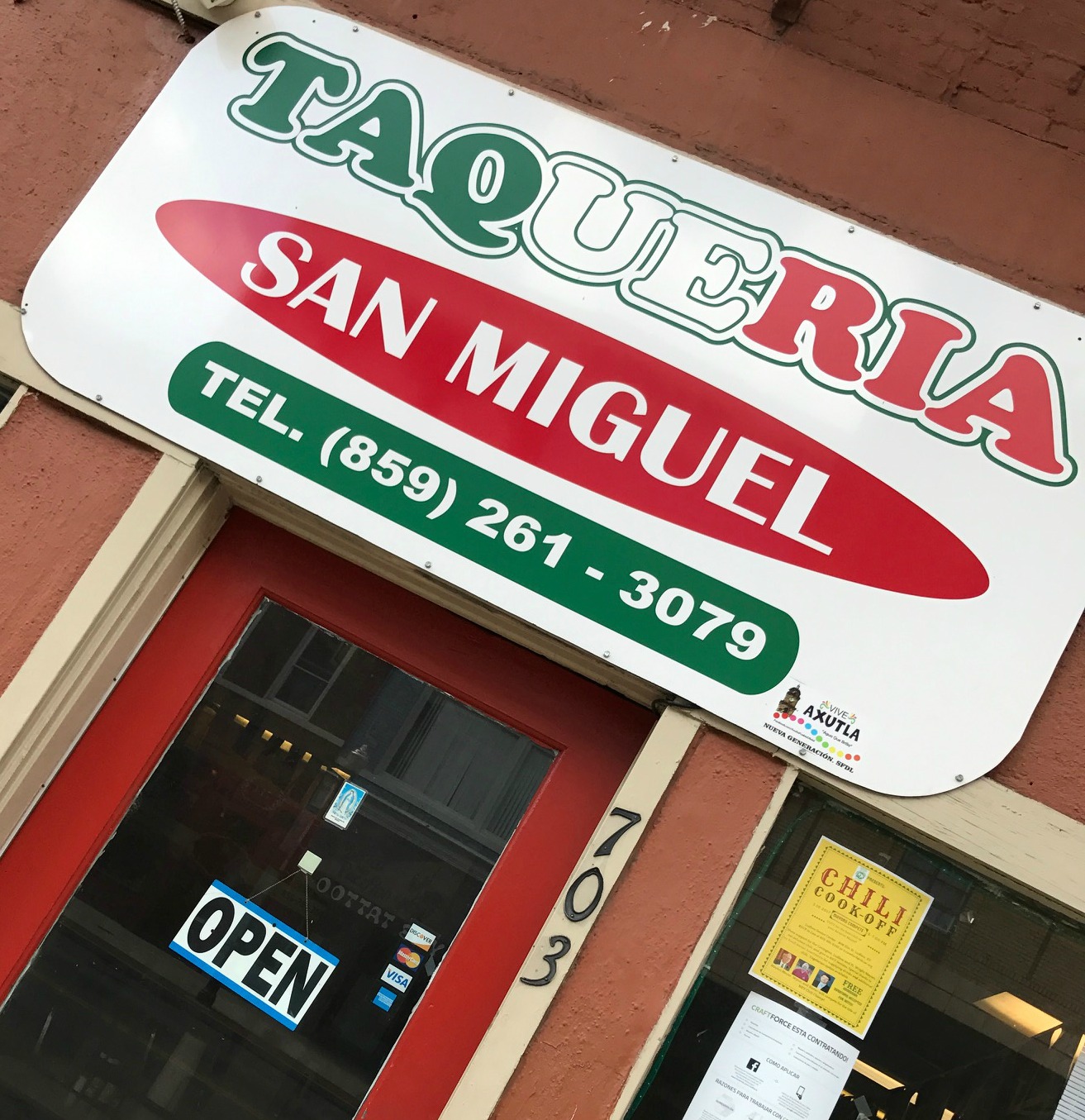 Next up on the list was Taqueria San Miguel in downtown Covington on Madison. It doesn’t appear too inviting on the outside but once you go inside it’s super clean and wide open. There were quite a few people there for lunch. 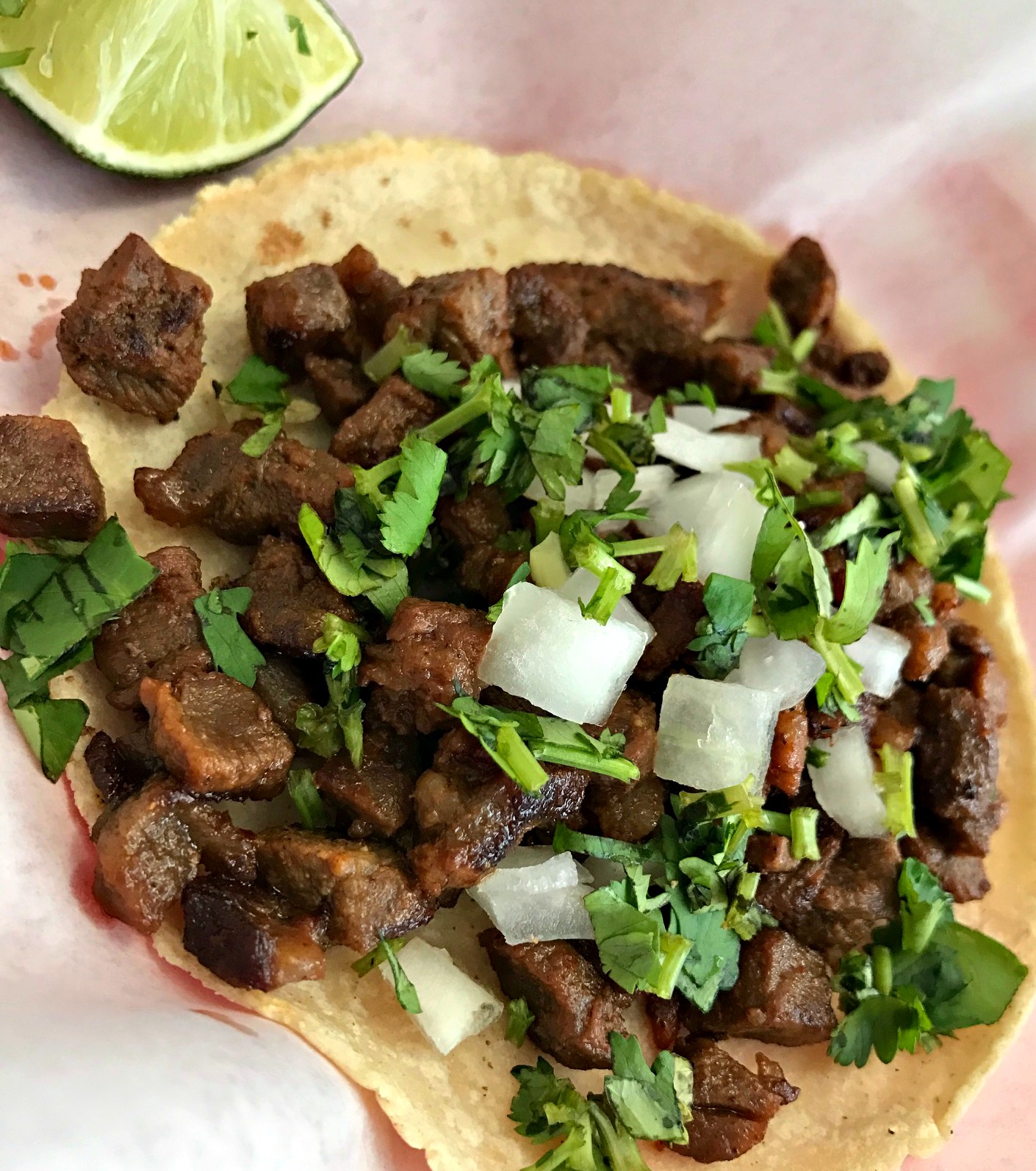 Our M.O. is to order a variety of tacos to see how they do the basics. Audrey went for a carne asada steak taco – pretty standard with a corn tortilla, onions and cilantro. It was OK – a little dry – but she added some salsa. 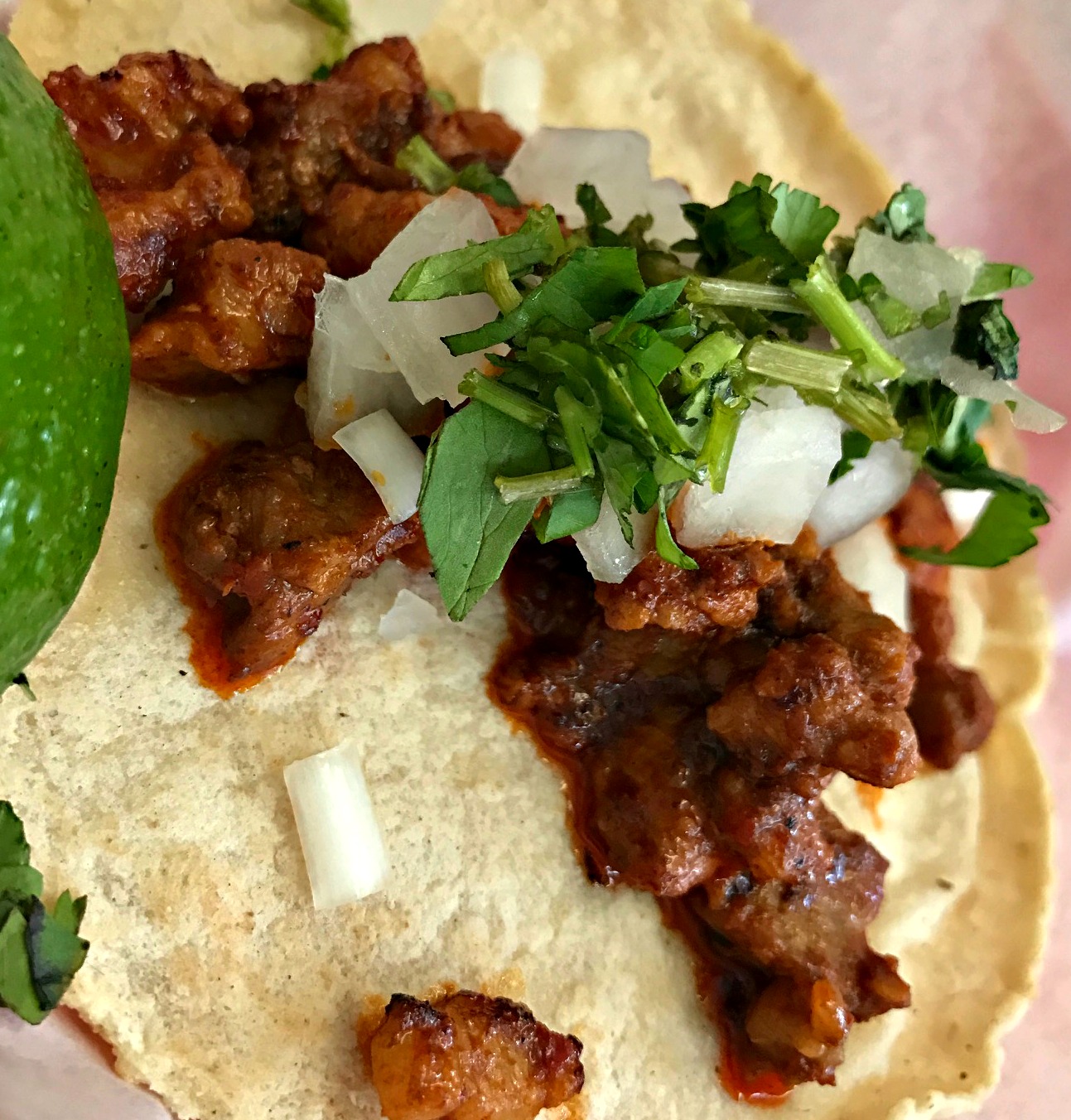 Then the other standard – Al Pastor. It’s a tricky dish with a red sauce and a sweet surprise of pineapple inside. Then topped with onion and cilantro. This was pretty good – not my favorite Al Pastor but not too bad. (My fav is still La Mexicana in Newport.) 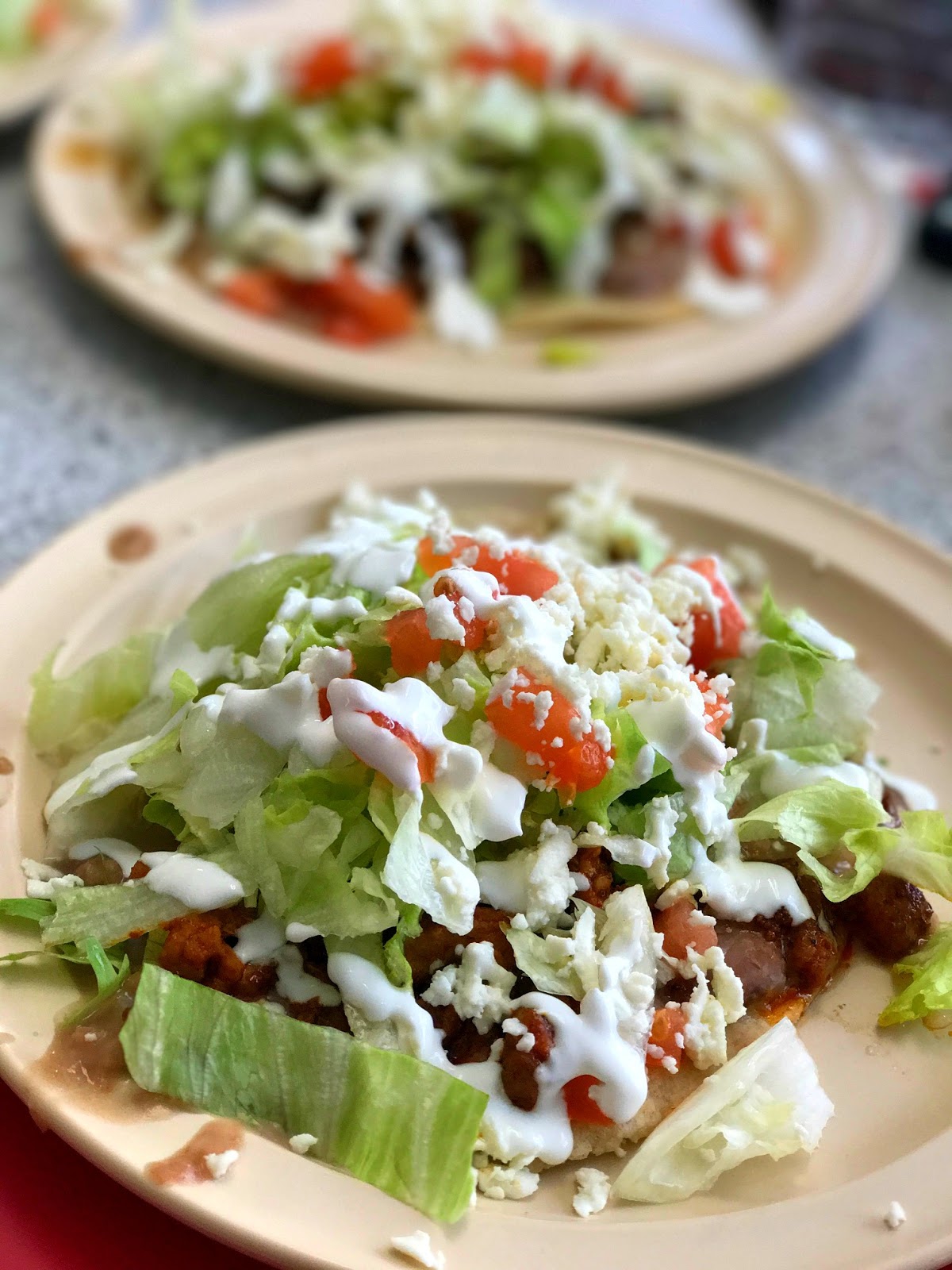 I also got a tostada (I think that’s what it was) which was open faced and had lots of toppings. This was really tasty but a little difficult to eat. I broke off pieces and ate it like nachos. 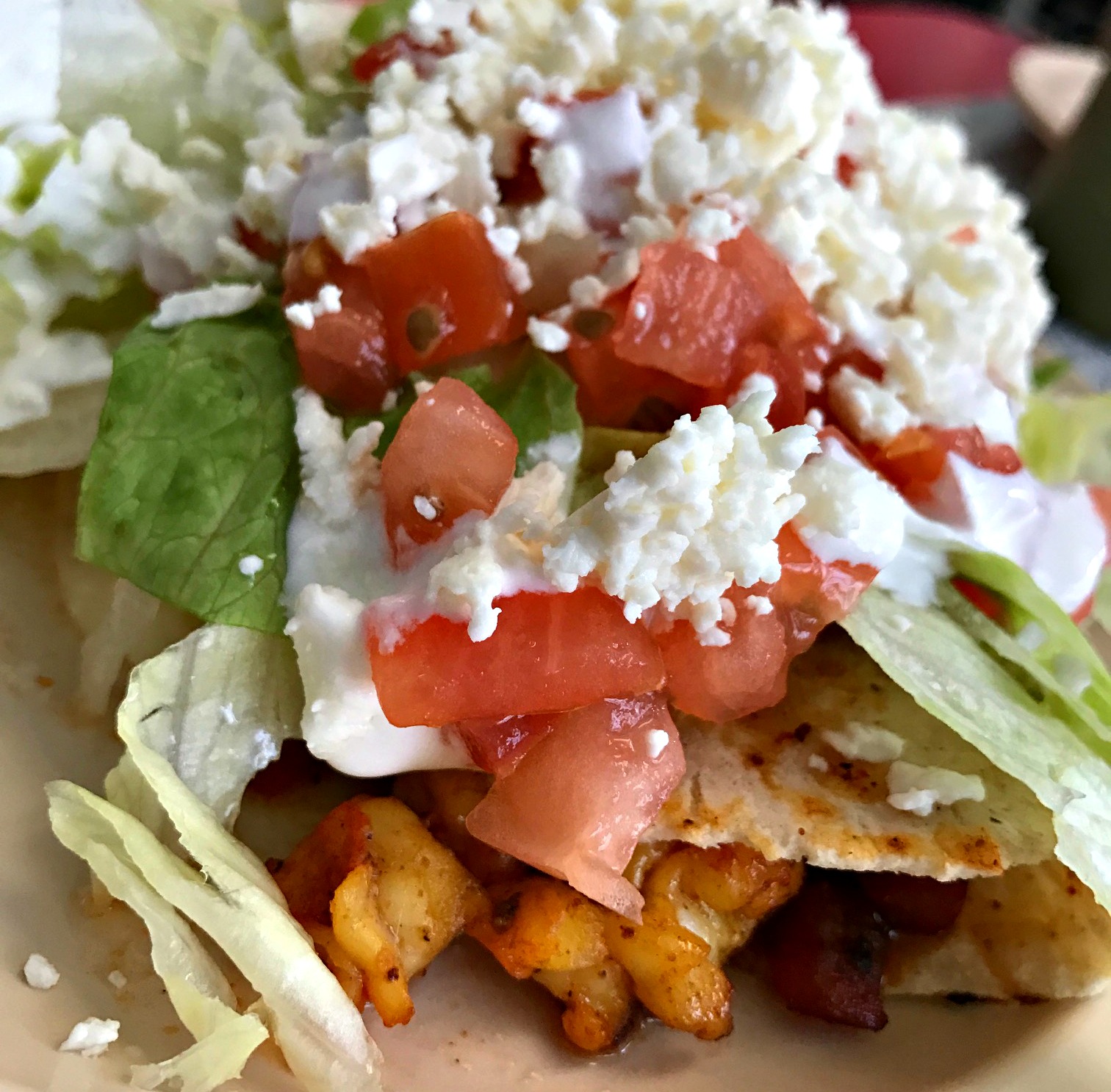 I also got a shrimp taco which was probably my favorite – the shrimp was juicy and it was loaded with toppings! Love when they have an “Americanized” version with sour cream and cheese. 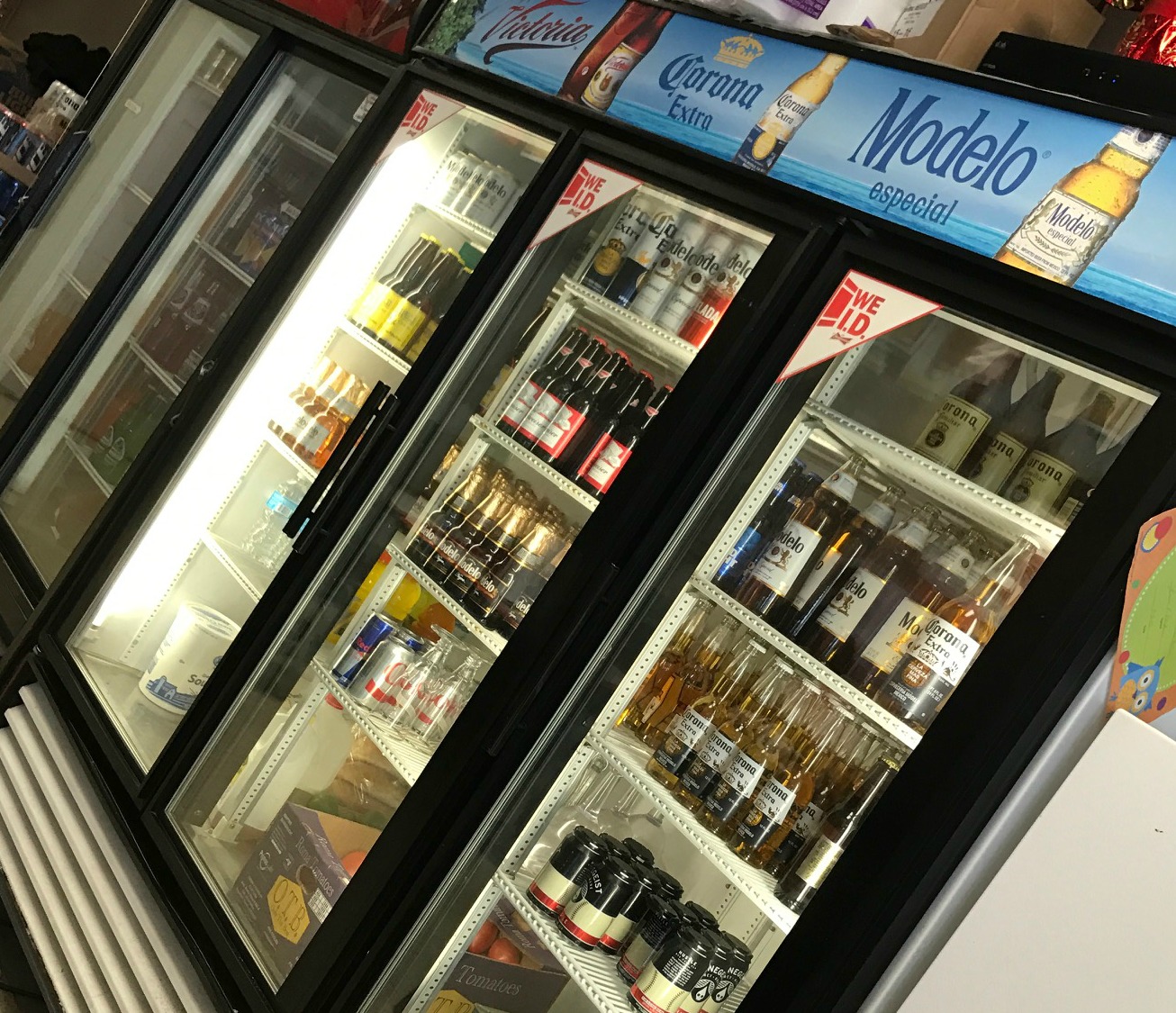 Taqueria San Miguel also has a good selection of beer if you’re in the mood for that.


Why Should You Go? Well – it’s not bad – I still like La Mexicana better but all in all – we had a good lunch and it’s very affordable.

Previous Post: « Is Pork Bad for You and 5 Other Myths About Pork BUSTED!
Next Post: Food Hussy Review: Litehouse Dressings & Bouquet »