I love Lobster – like LOVE IT! But I’ve never had a Lobster Roll – I figure it’s one of those things you should get when you’re in Maine or something! But hey – now we have Court Street Lobster Bar and that is their specialty so I grabbed a hussy and went to give it a try. 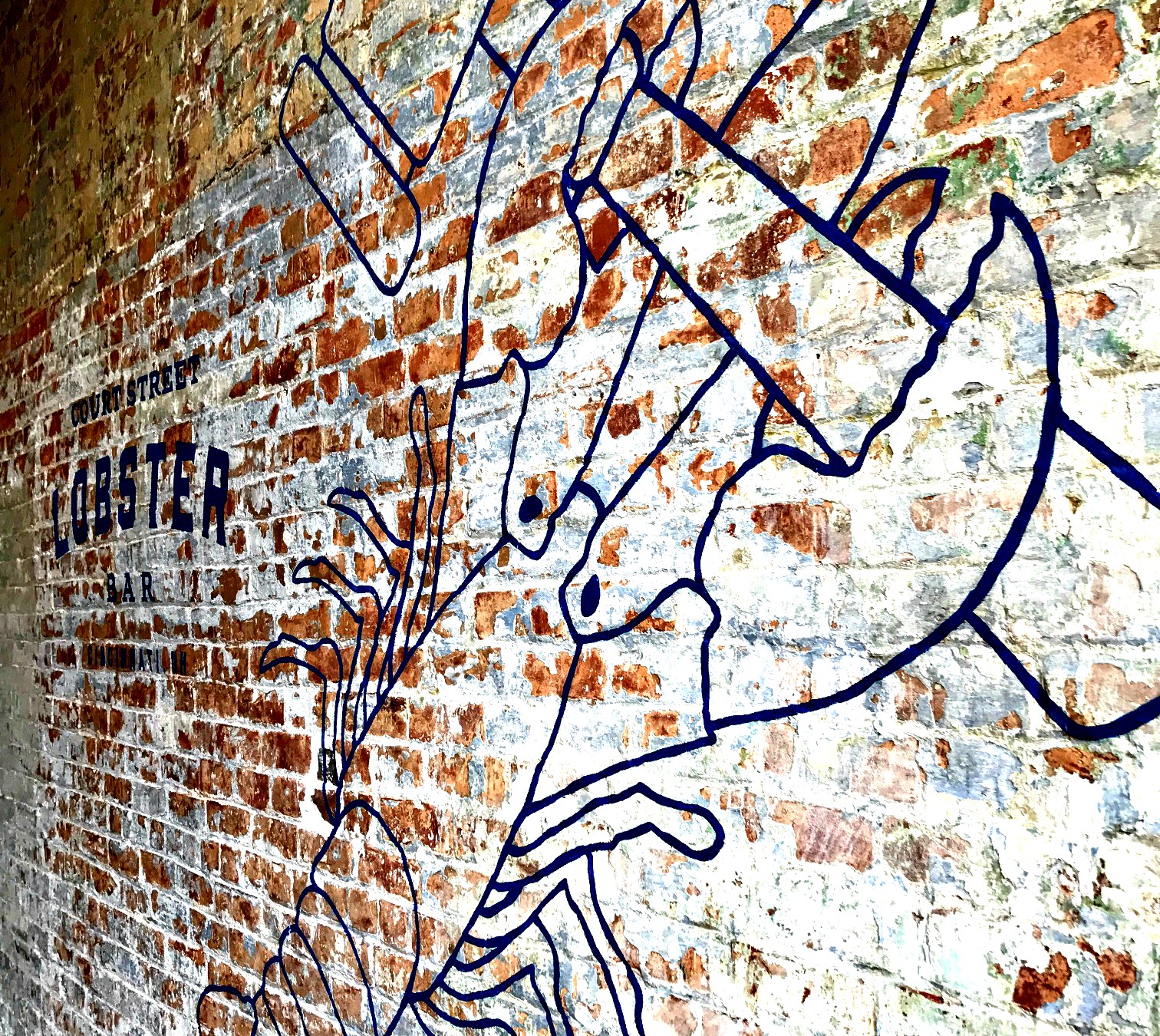 It’s in a newly developing part of downtown – which I like! They’re breaking ground in the area and bringing new biz in – which is always good. They kept the integrity of the interior brick and added their own seaside touches like white slat booths. 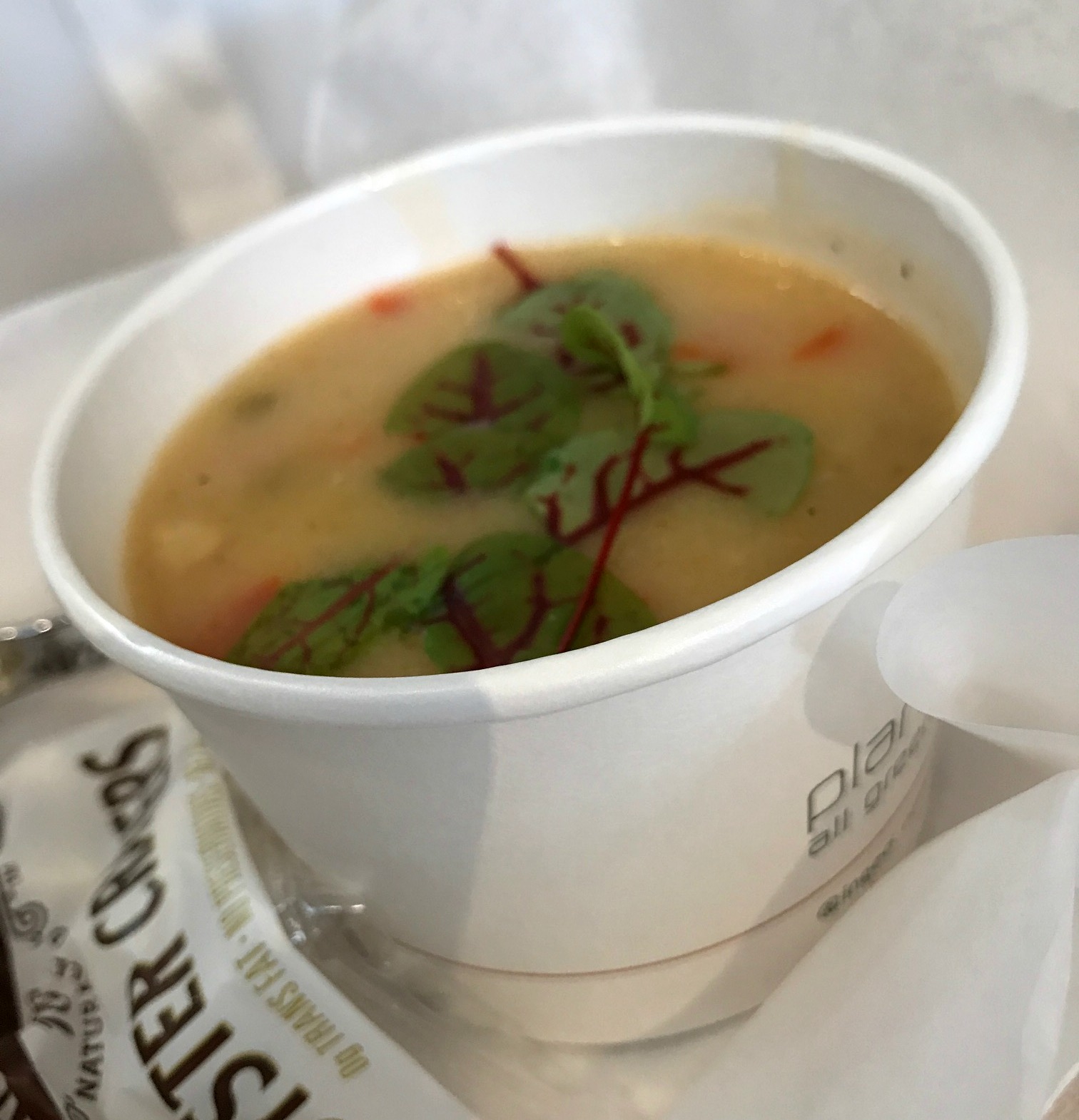 Lauren got the charred corn chowder ($5) with roasted local white corn, leeks, red bell peppers and jalapenos. You order at the bar and then they call you up to pick up your food. I was a little surprised at that – for the prices – that they don’t have table service – but it’s not a big deal. 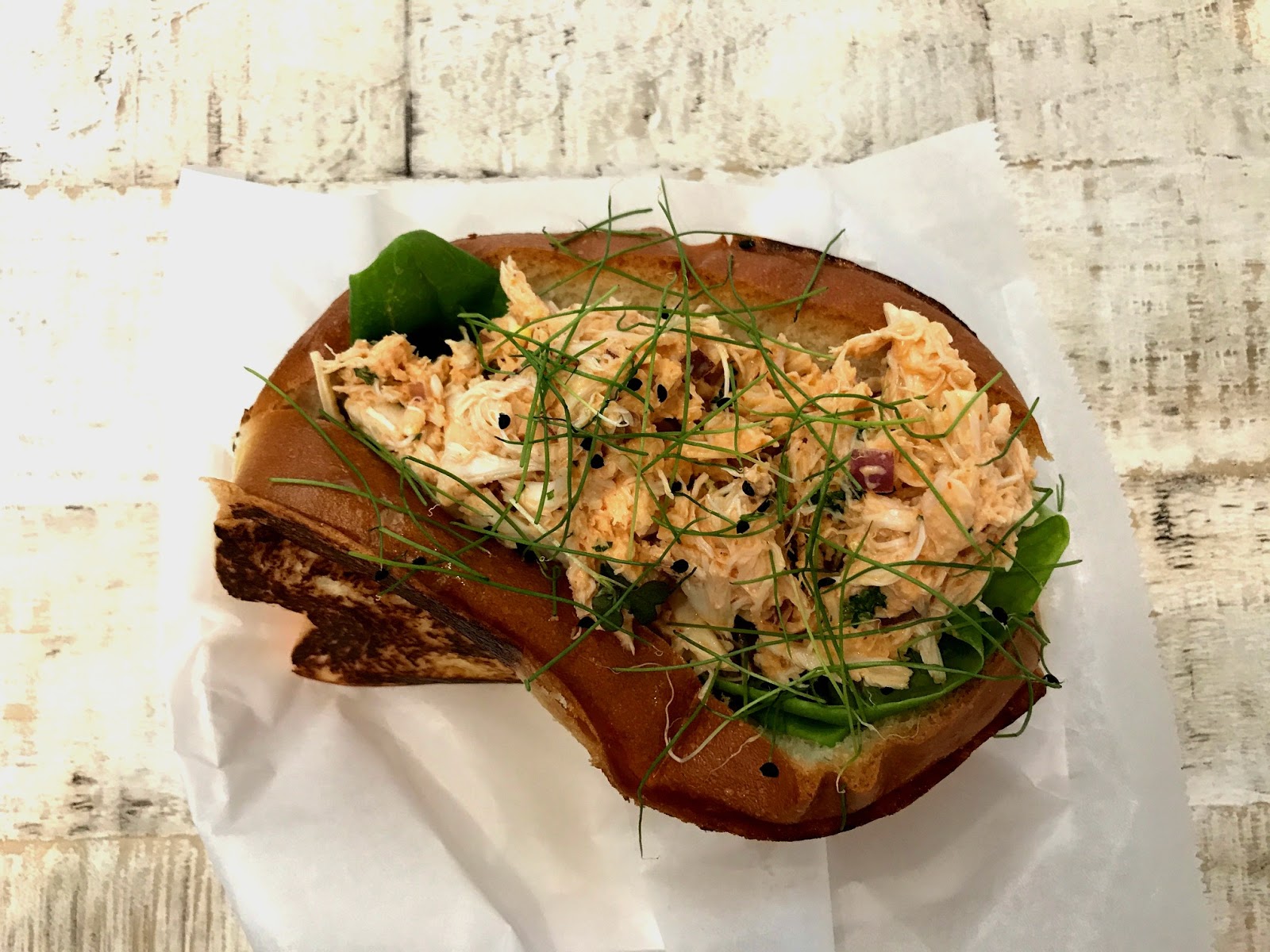 She went for a crab roll ($14) which is served on the Sixteen Bricks Challah Buns and a bibb lettuce base – then topped with Blue crab, sriracha mayo and micro scallions. 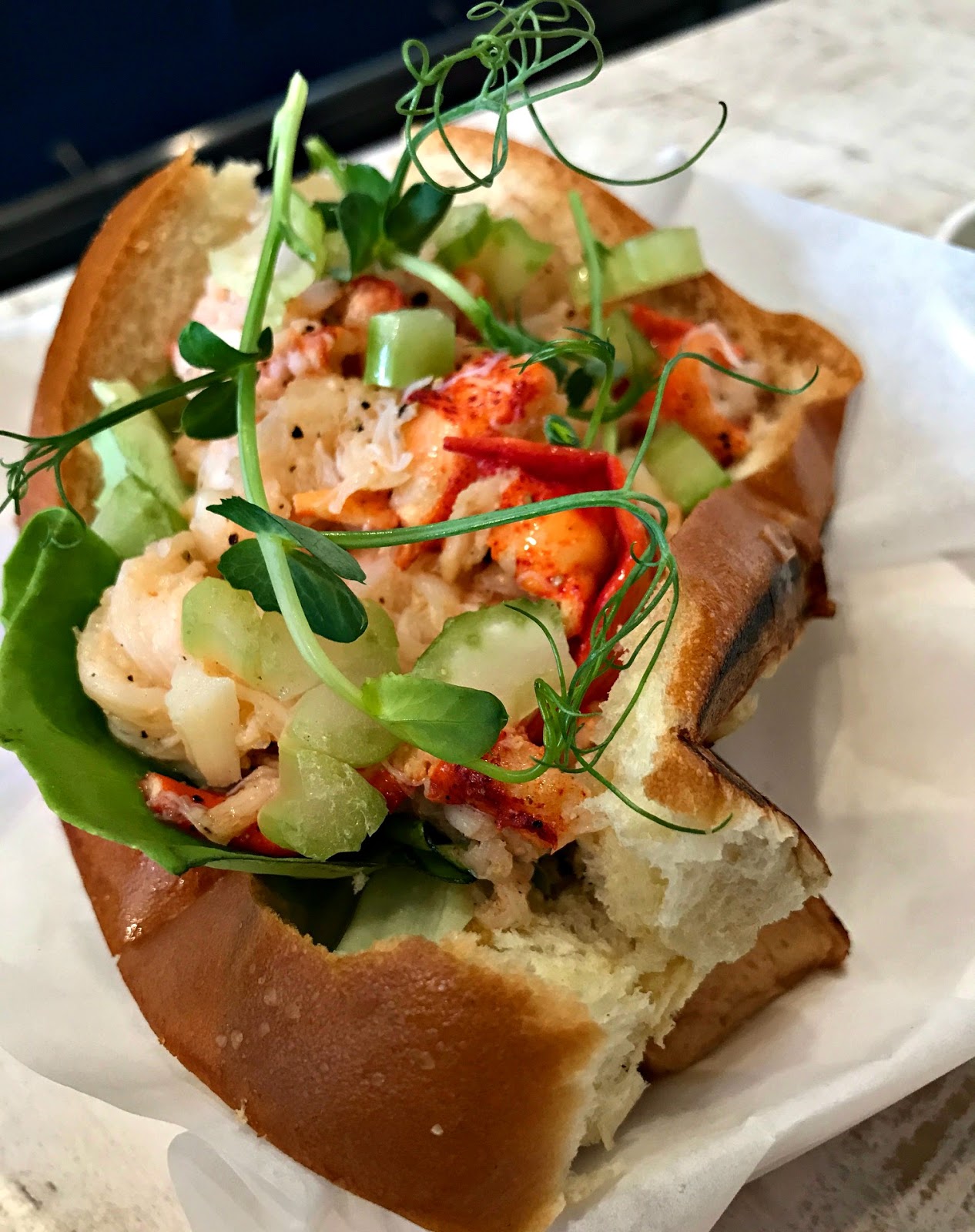 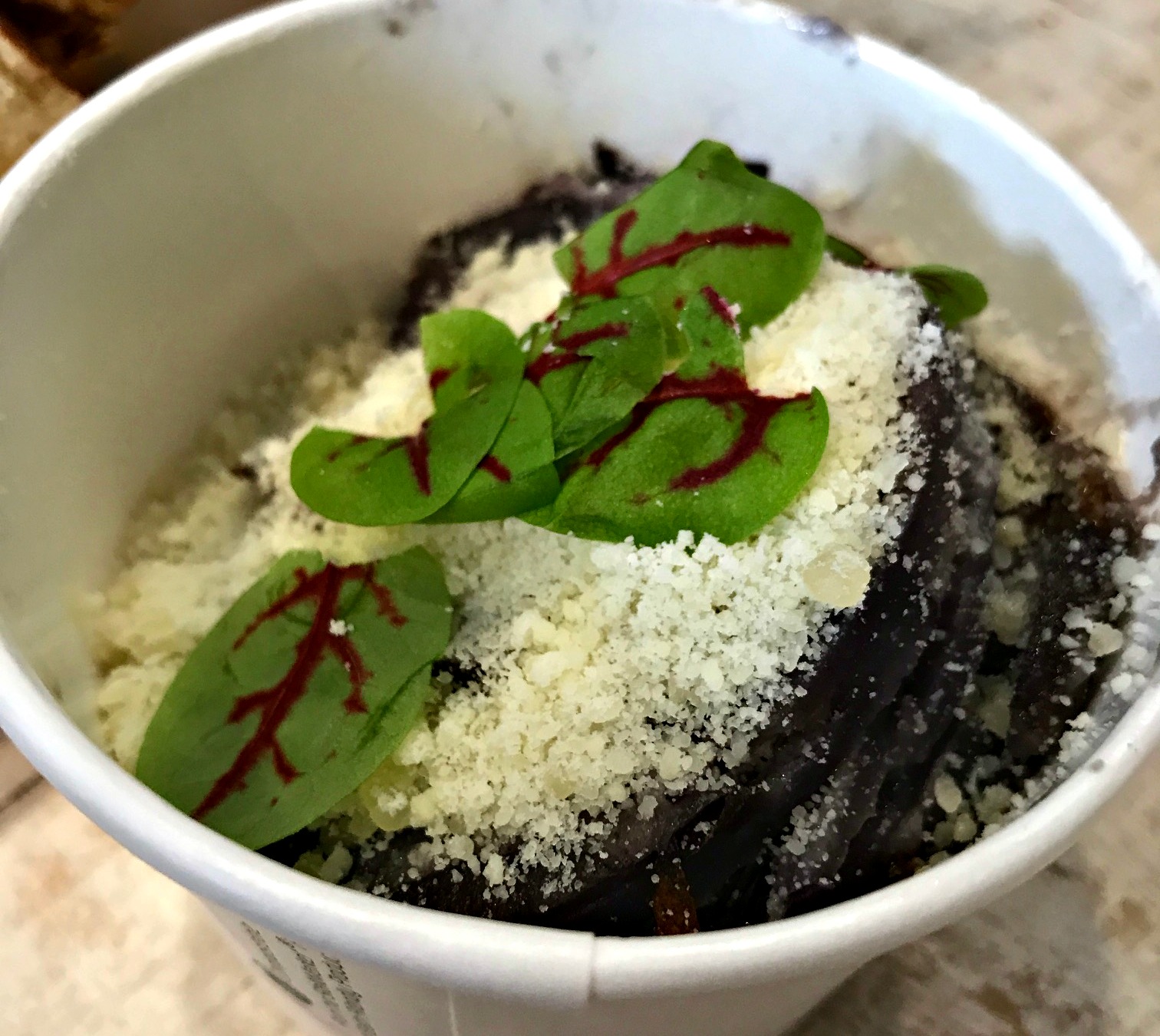 As a side I chose their Purple Potato Gratin (which doesn’t appear to be on their menu right now). I didn’t care for this – there wasn’t much seasoning or flavor. I had a few bites and left the rest. 🙁 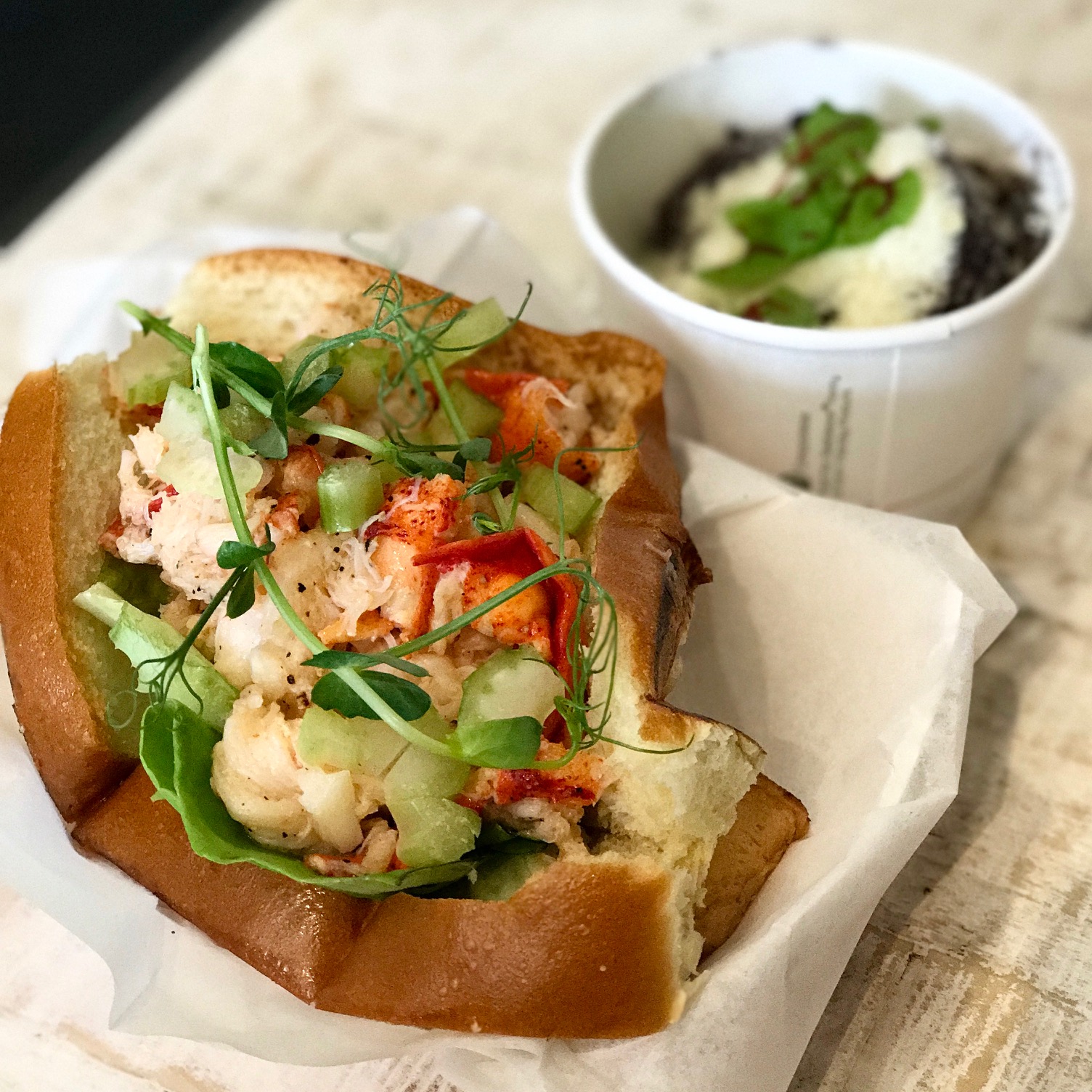 My lobster roll was ok. The lobster was cooked perfectly – so for lobster – I loved it. The roll itself though was a lot of bread and I think I made a mistake by going Connecticut vs. Maine (mayo). There just wasn’t much flavor so it was lobster and bread.

Why Should You Go? If you REALLY like lobster rolls then go – but this was nearly a $30 lunch just for me – and I didn’t feel like it was anywhere near worth it. The lobster is cooked perfectly but not much flavor and $30 is steep for lunch. (Sandwiches don’t come with a side – so it’s all separate.)