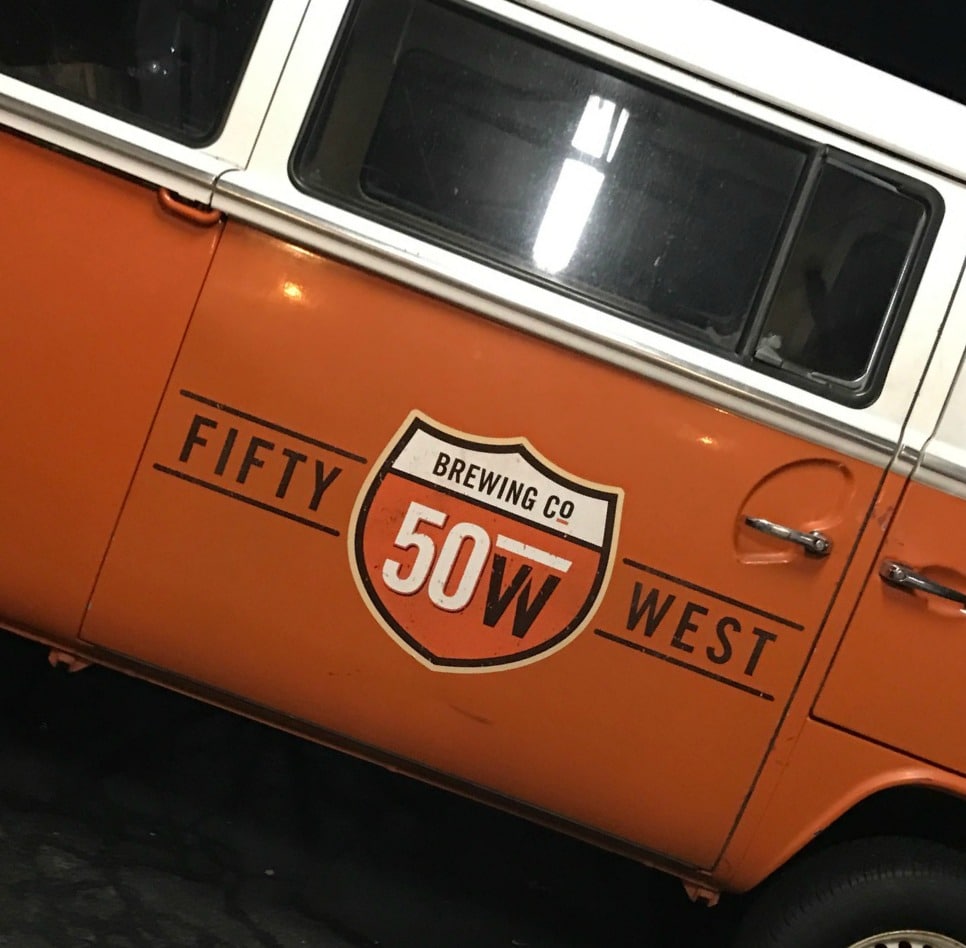 Craft Breweries are like McDonalds right now – there seems to be one on every corner! One of the OG’s in Cincinnati is 50 West Brewing Co. And while I’ve drank there a few times I had never had dinner! 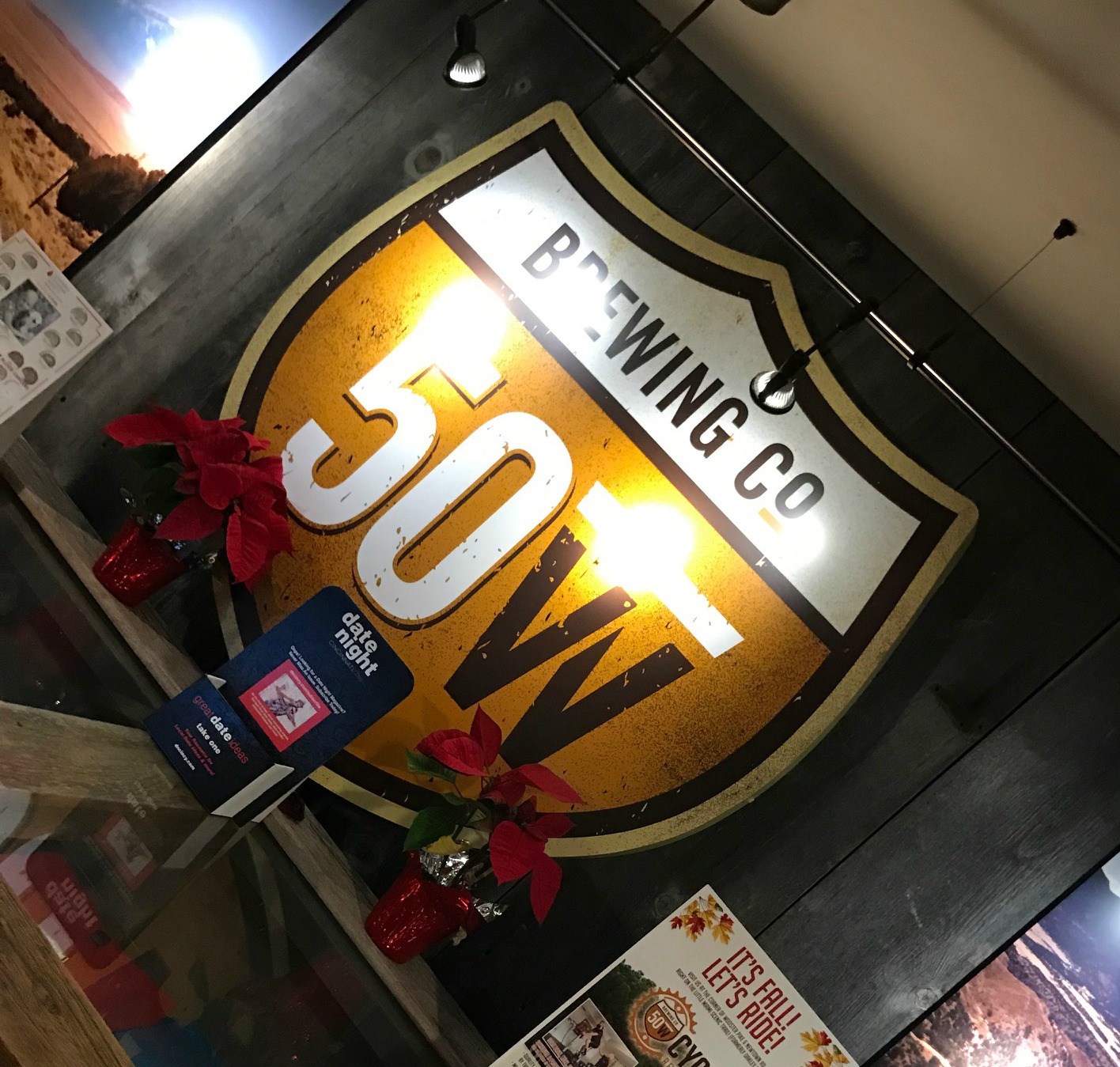 So we had to rectify that situation! To do so I grabbed my Kelly, her fiance and my hubs and off we went! 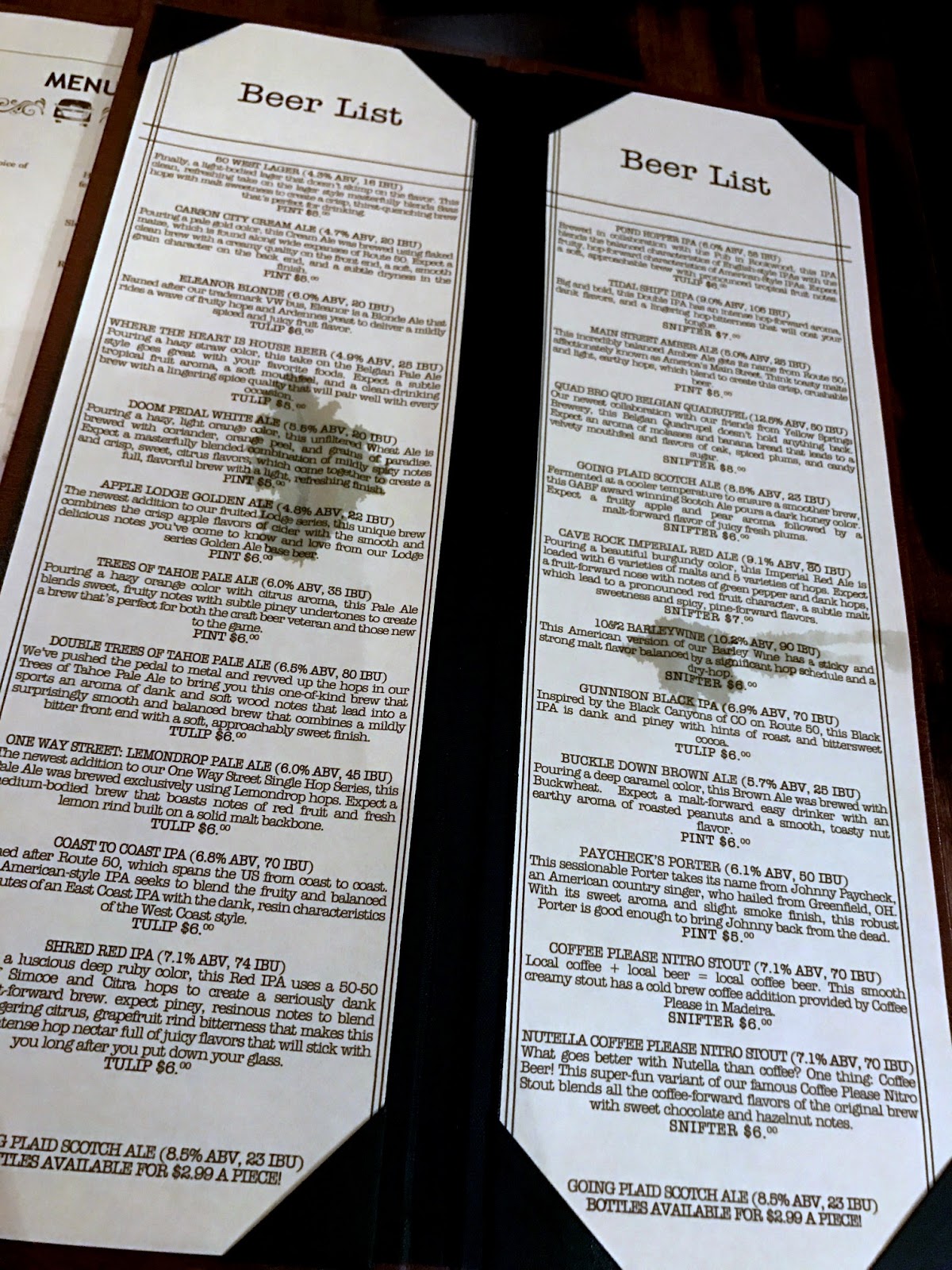 The beer list is quite extensive as you would imagine and there were plenty of IPAs for the other three but there wasn’t one cider. Come on guys! 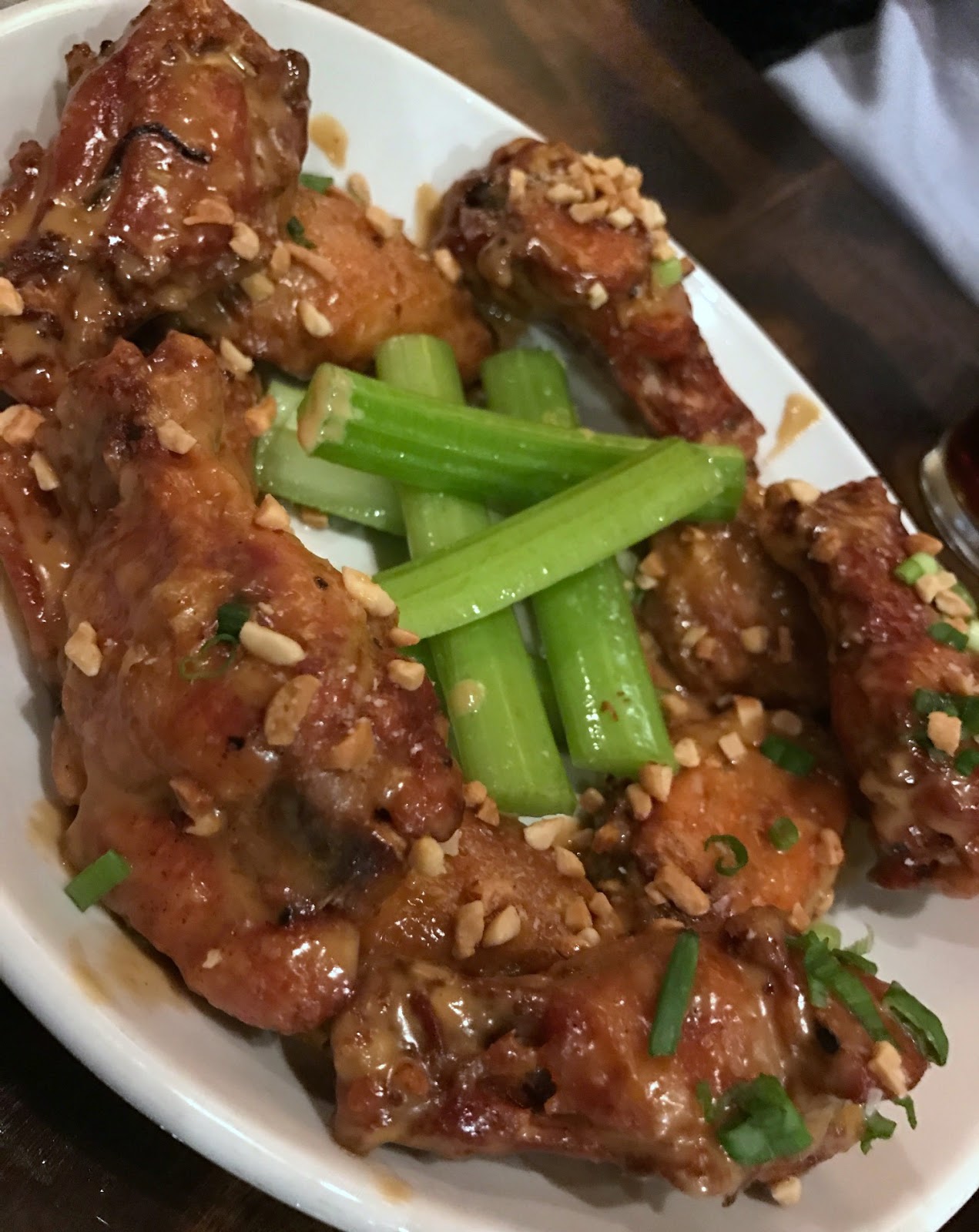 Kelly + boy got the Wings ($10) which are slow roasted, fried and then tossed in a spicy peanut sauce. The wings are very large and they liked them very much. 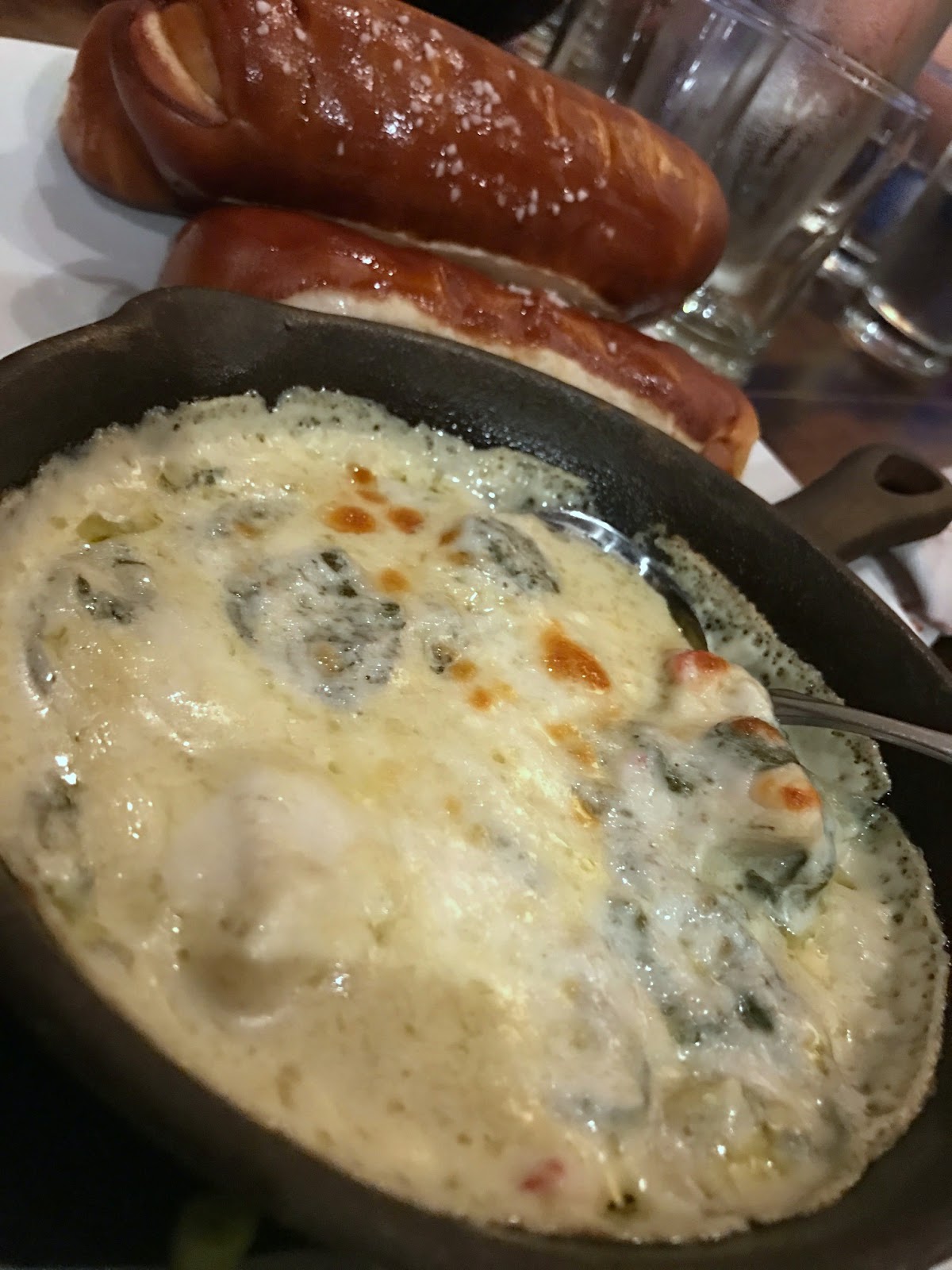 We went for the standard in the Johnson house – pretzels and cheese ($8) but these were on steroids. The pretzels were the big puffy Bavarian salted style but they were served with a beer infused spinach artichoke dip that was divine! Loved this pairing and so much better than so many of the places that serve some wonky yellow orange globby concoction. 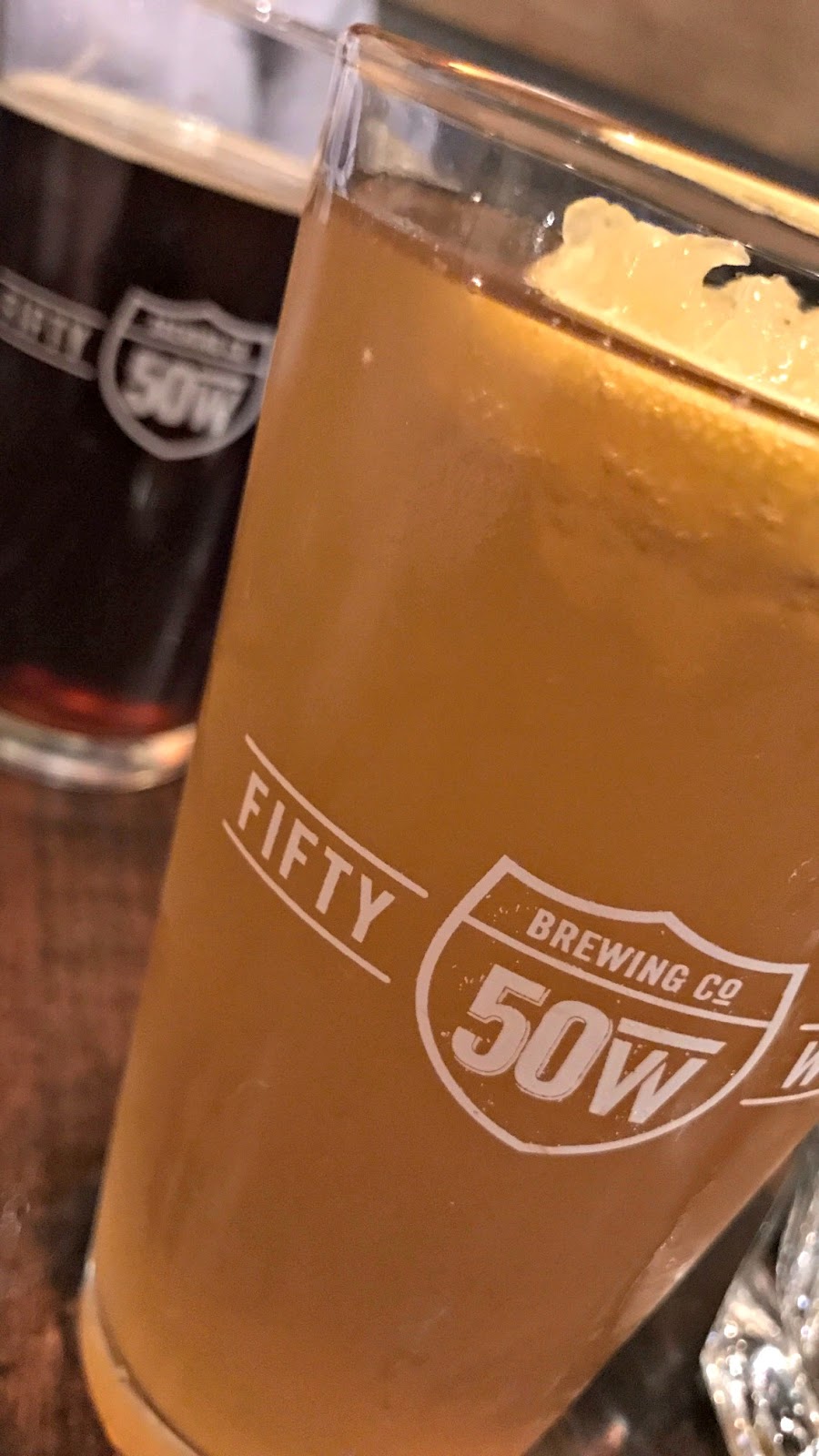 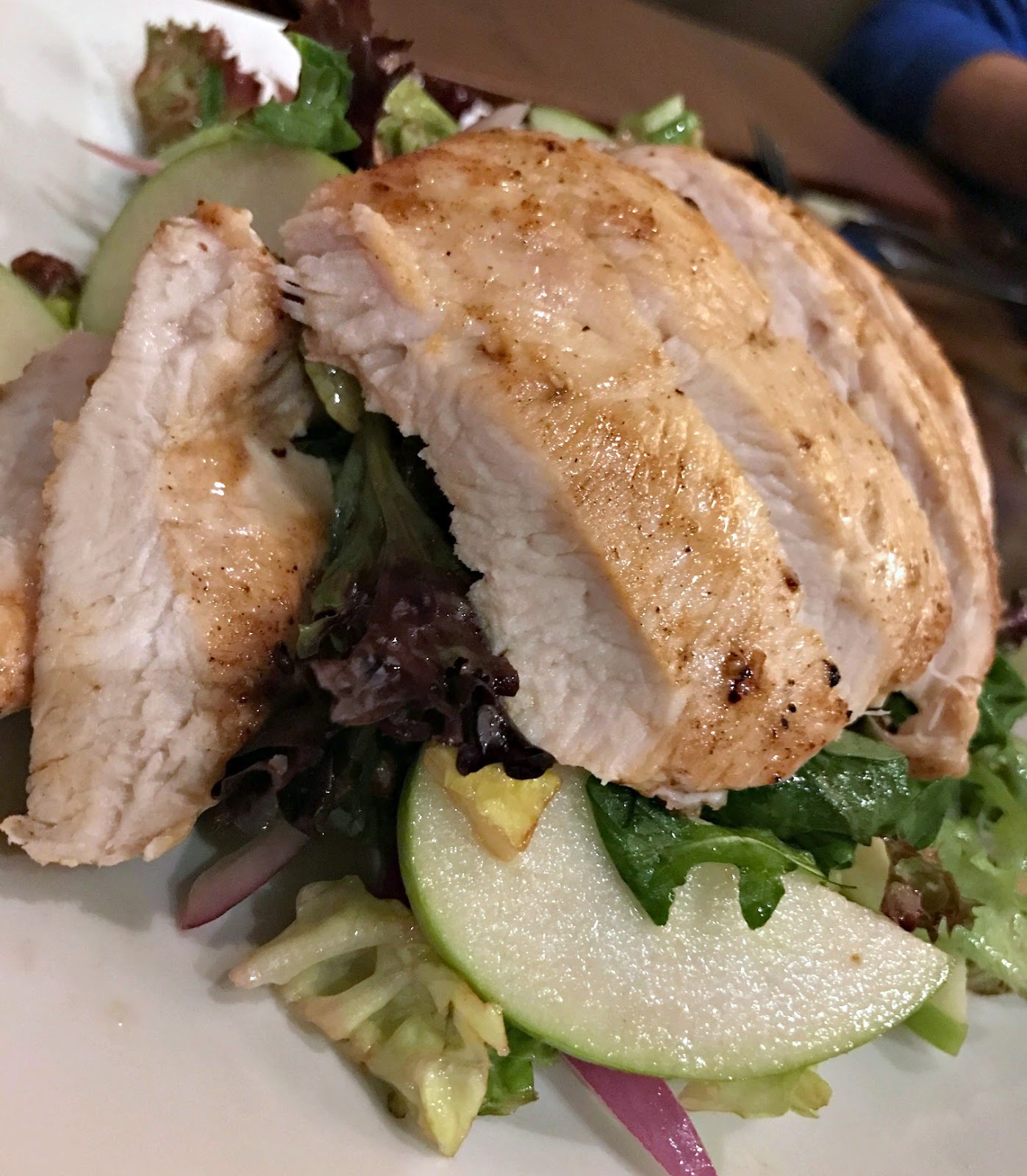 Larry was feeling vegetables and ended up with the Harvest Salad with Chicken (Half $5 + Chicken $4). He liked it and the chicken was really juicy. 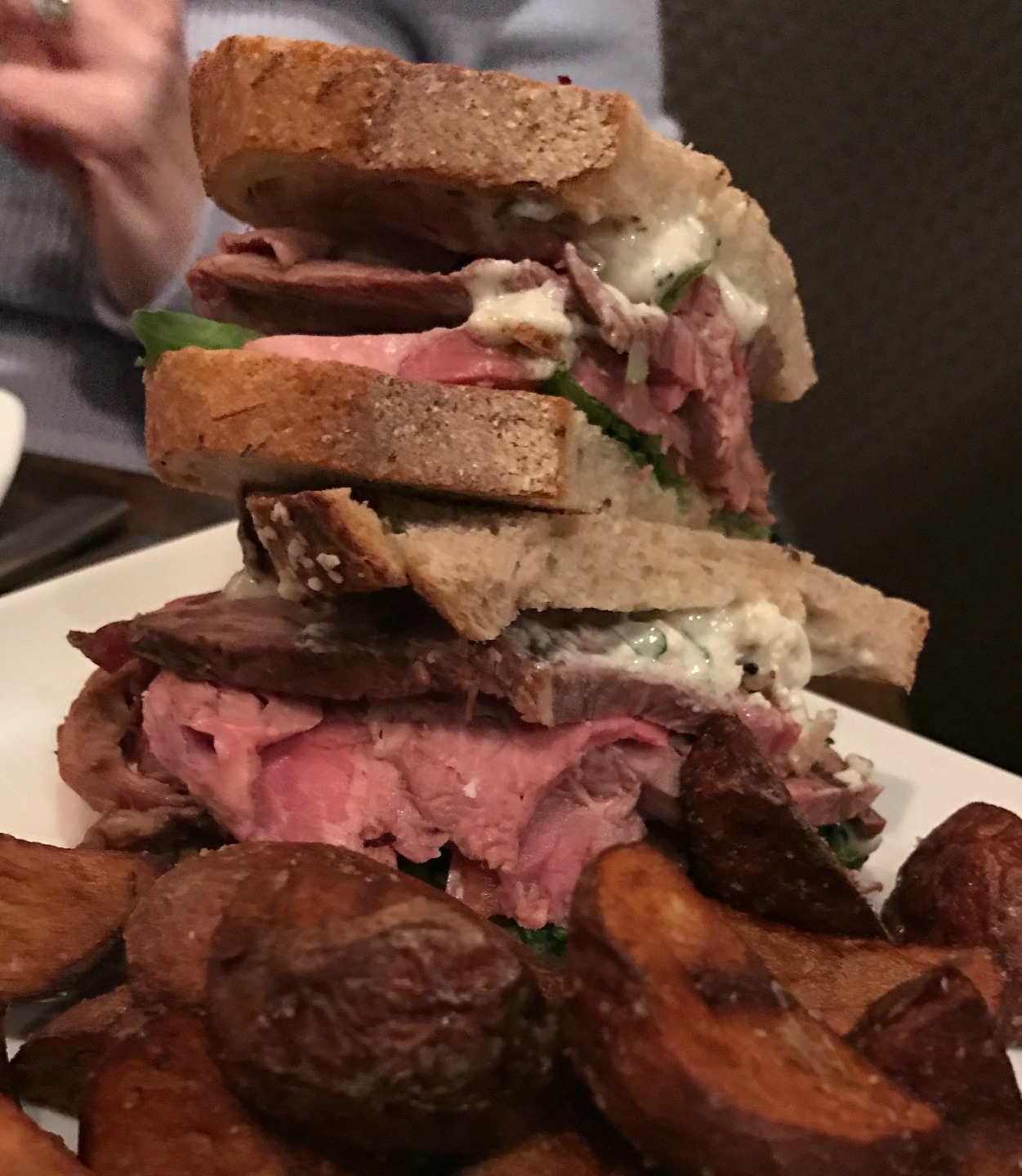 Kell got the Ribeye Sandwich ($14) – slow roasted and thinly sliced ribeye with tomato, red onion, arugula and bleu cheese aioli on salted rye.  Unfortunately she didn’t care for it – the steak was a little too rare for her and it was cold. We both agreed that we assumed the steak would be warm and that cold sandwiches aren’t bueno (unless it’s a chicken salad, etc). 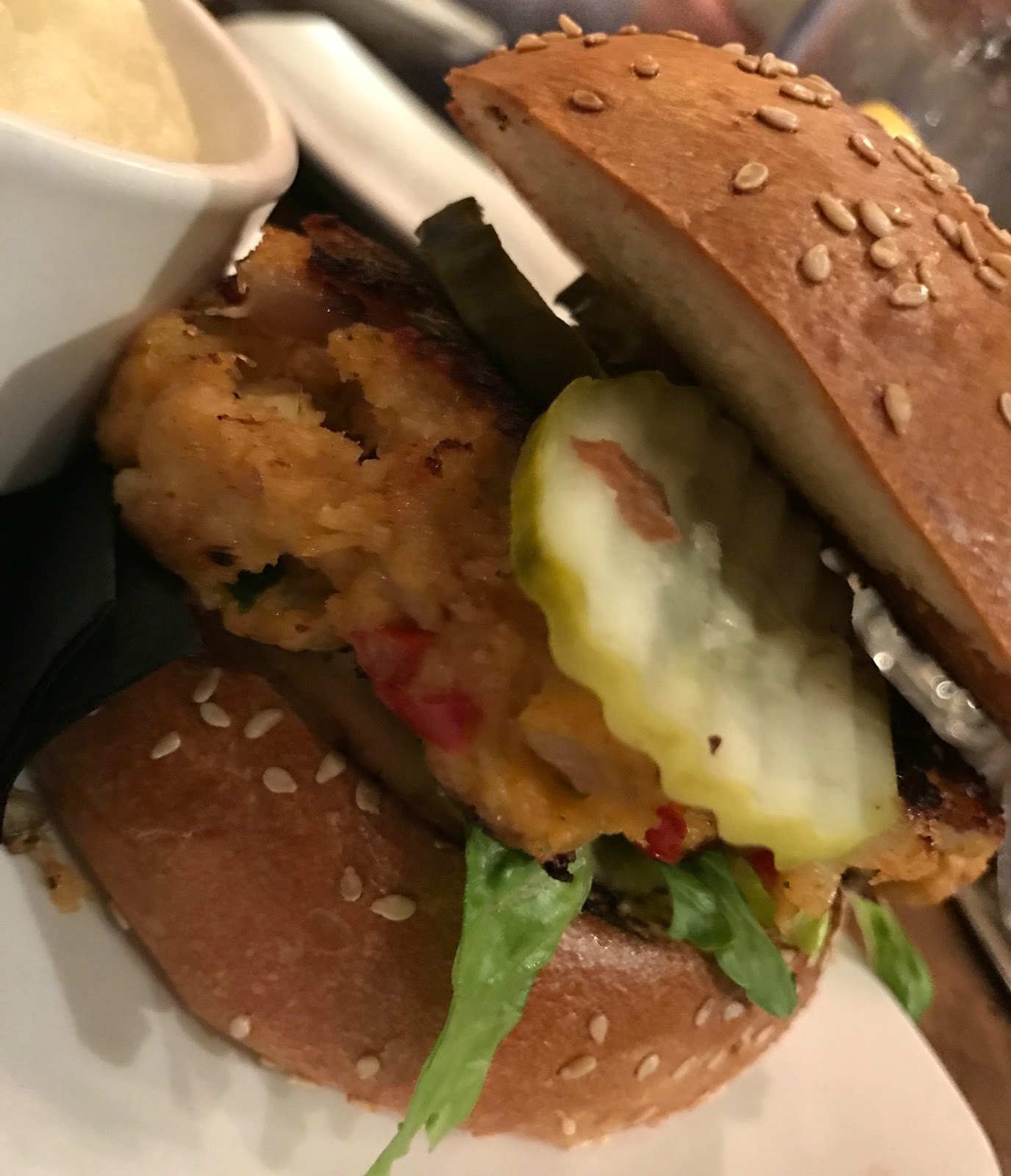 I decided to try something totally different – the Shrimp & Crab Burger ($14) – pan fried topped with lettuce, red onion, pickles and sambal tartar sauce on sesame seed bun. I was #TeamKelly on this with my disappointment. The burger was mainly shrimp – very very little crab. The bun was overpowering with such a light “burger”. It was also very bland. 🙁 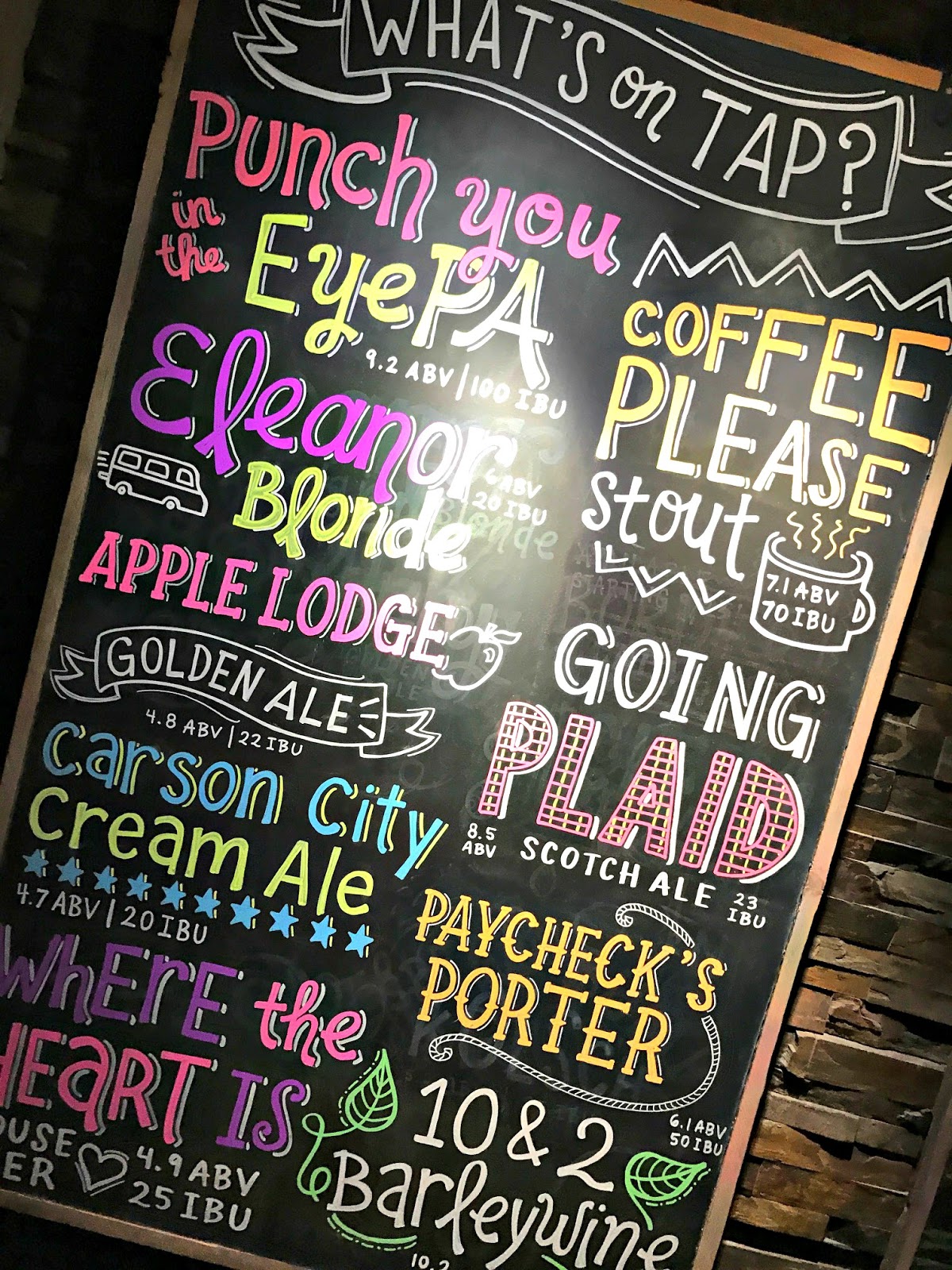 They do have some fun chalkboard beer art – do people go to school for this? Do you use stencils? Someone tell me!!!

Why Should You Go? If you like IPAs – then go. The food was hit and miss – so I guess go with something you really know you like and hope for the best. I do applaud the menu selection – there’s a wide variety and it all sounds great – it just didn’t follow through for me.