My good friend Jenny told me that there was a new ethnic restaurant neighborhood in her area of Mt. Washington. It’s a Peruvian cafe called Tumi Cafe. She’s really hoping it does well since it’s great to have new places in a neighborhood. Nobody has blogged about it – so I decided to check it out. 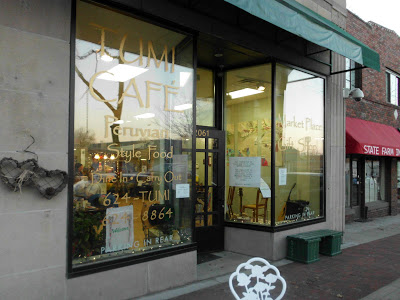 It’s just a couple doors down from the Creamy Whip – which is my favorite Ice Cream place! 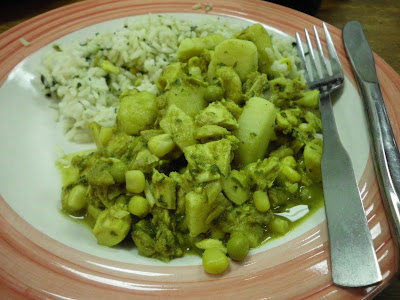 I got the Cau-Cau (pronounced koo-koo). Everything here is so affordable – most expensive is $7! This was potatoes, corn, chicken and onion served with a side of rice. Honestly – I didn’t like it so much. It had a good spice (heat) level but I just wasn’t a big fan of the peruvian seasonings in this one. I have to mention though – all the ingredients are so fresh. She said they’re a “green” place – the motto is Sometimes wild, sometimes mild, always green!

I’ll also say – the online menu says, “Entrées are served with white or green rice, salsa criolla (aji peppers, red onion and vinegar), and two surritos (cheesy corn bread sticks).” We got the rice (as you can see) but didn’t get any of the salsa or surritos. 🙁 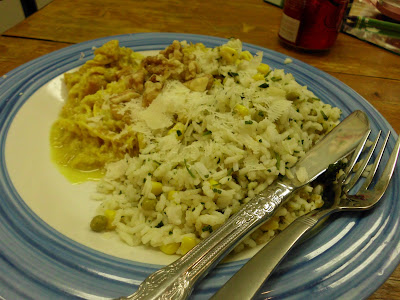 My friend Kelly came with me and the owner convinced her to get the Aji de Gallina – which is shredded chicken covered in walnuts, aji peppers, tomatoes, and Parmesan cheese (very spicy). I tried a bite of this – I liked it a lot more than what I had. It is spicier though. 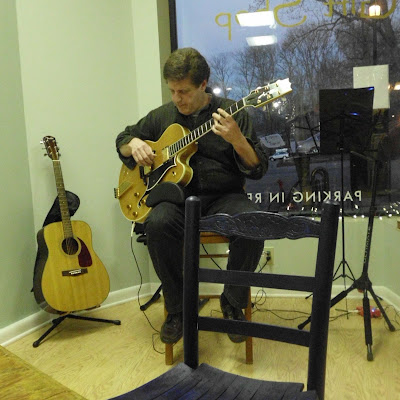 They had music as well – which was perfect – nice background music and didn’t interrupt our conversation. They’re having a grand opening soon and will have music all day. 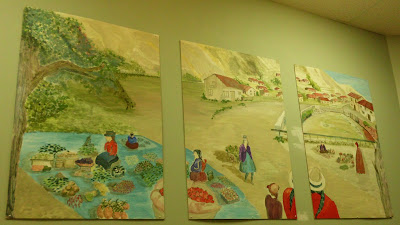 Really cool art on the walls too… 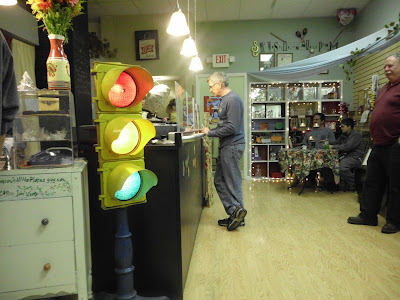 It’s a really cute little place and I love the stop light. 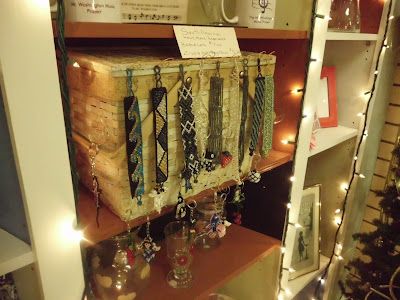 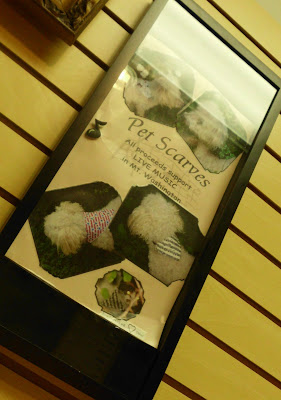 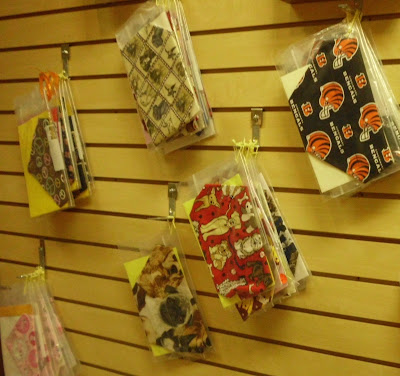 Why Should You Go? Well I have to admit, we didn’t really love our dinner choices. I liked Kelly’s better than mine though. I want to go back though – there were a few other menu items I want to try – and seriously – at $7/person – it’s worth it! I admire the idea and want to check it out again and hopefully find something I love. I think the Tumi sandwich or Mushroom Ceviche are calling me for the next visit. I hope some of you try it and let me know your thoughts.

After that – we needed dessert – and I knew just the place! We were close by so we headed over to Bella Luna for some bread pudding! It’s what they’re known for and Kelly had never had it. 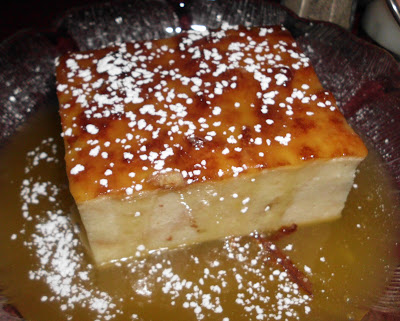 Look at that plate full of goodness! No raisins, no nuts – just deliciousness. The butter rum sauce is so decadent as well. I wish it had been served a little warmer…but still very tasty! 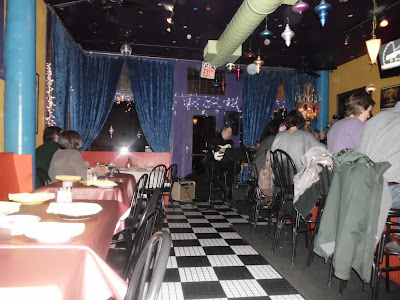 They had live music too – we weren’t paying much attention – but it was there. We were too busy catching up – it does have a really cozy vibe. We just sat in the bar area and really enjoyed it.