A few weeks back I found out that the Glendalia Boutique Hotel had opened this summer. I had heard about it and looking forward to finding out more…then I found out – they had a Culinary Studio! 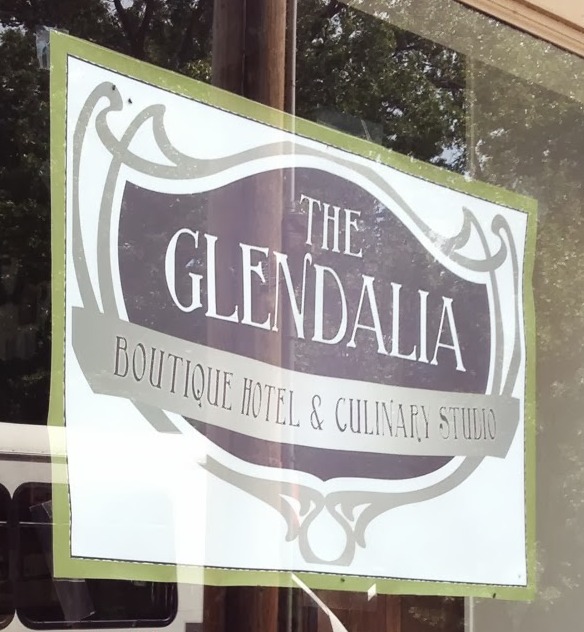 The Glendalia is right on the “square” – it’s on the street with the gazebo. The hotel has 6 rooms and is perfect for a small wedding party or weekend getaway for the girls – you can take the whole place! Or just sneak away for a night with your sweetie. 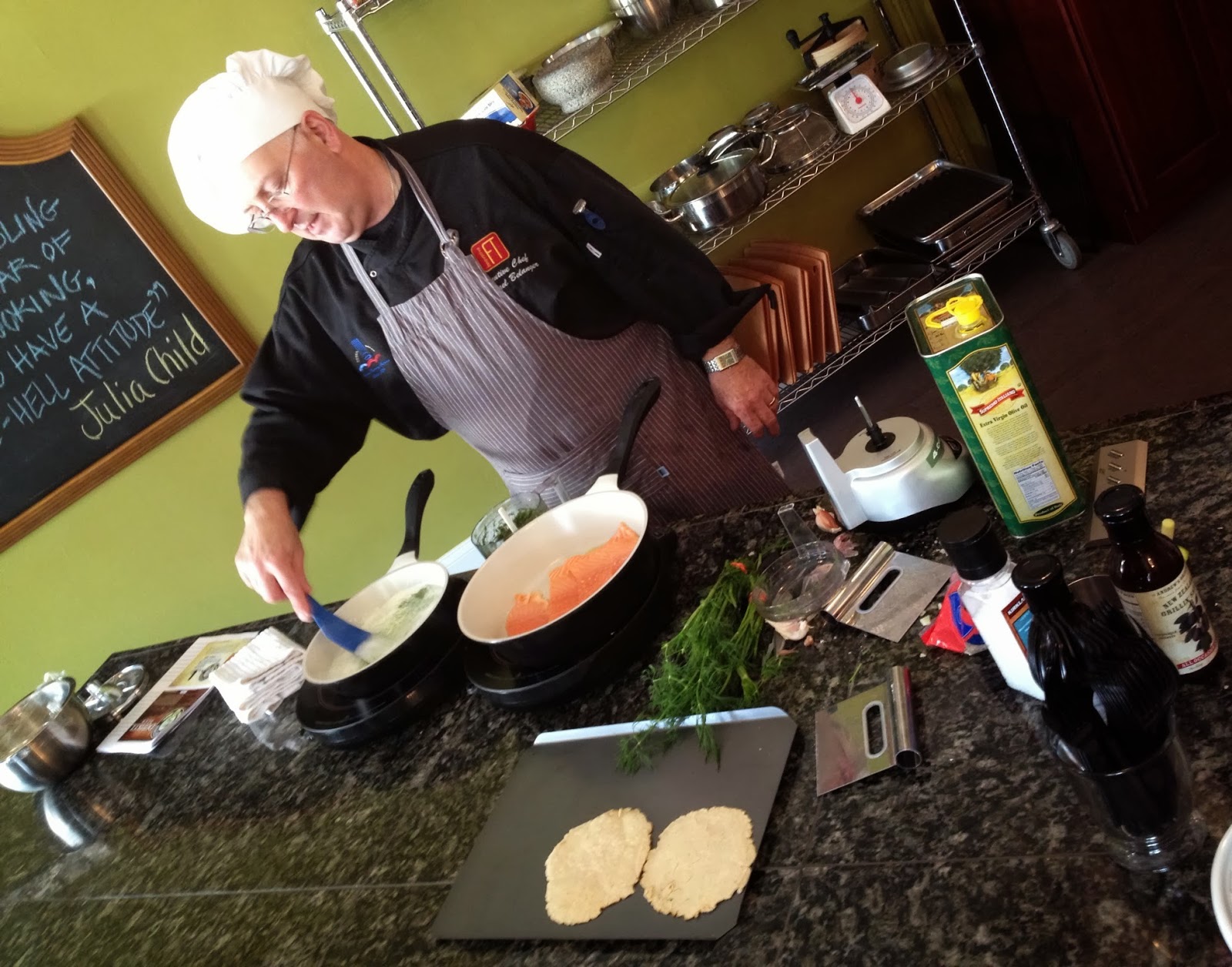 Chef Michael Belanger – who is also our Cincinnati Dishcrawl Ambassador – is now the head Chef and teacher at Glendalia. He’s got a great attitude and a real knack for this gig. He’s a born talker and just goes with the flow – which helps in a “live” situation where things can be a little whackadoo! 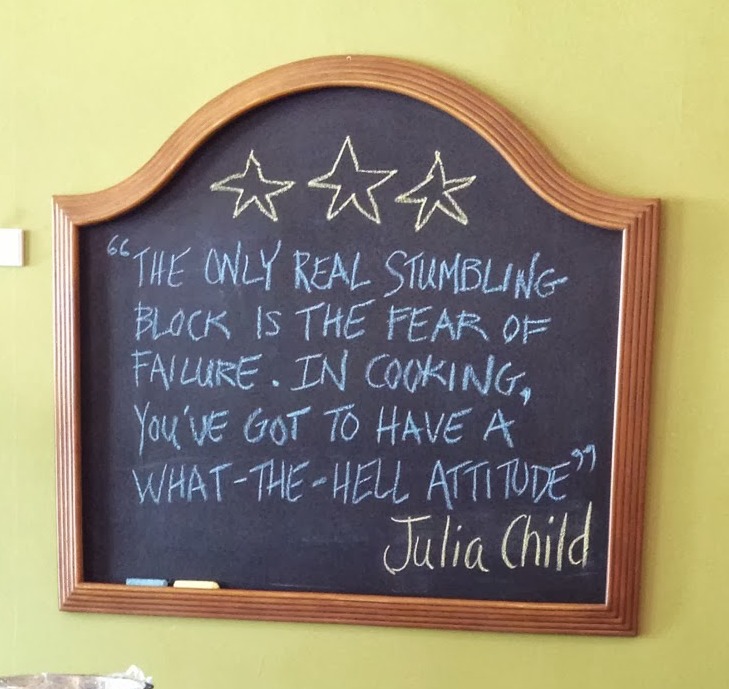 What culinary area is complete without some inspiration from Julia? 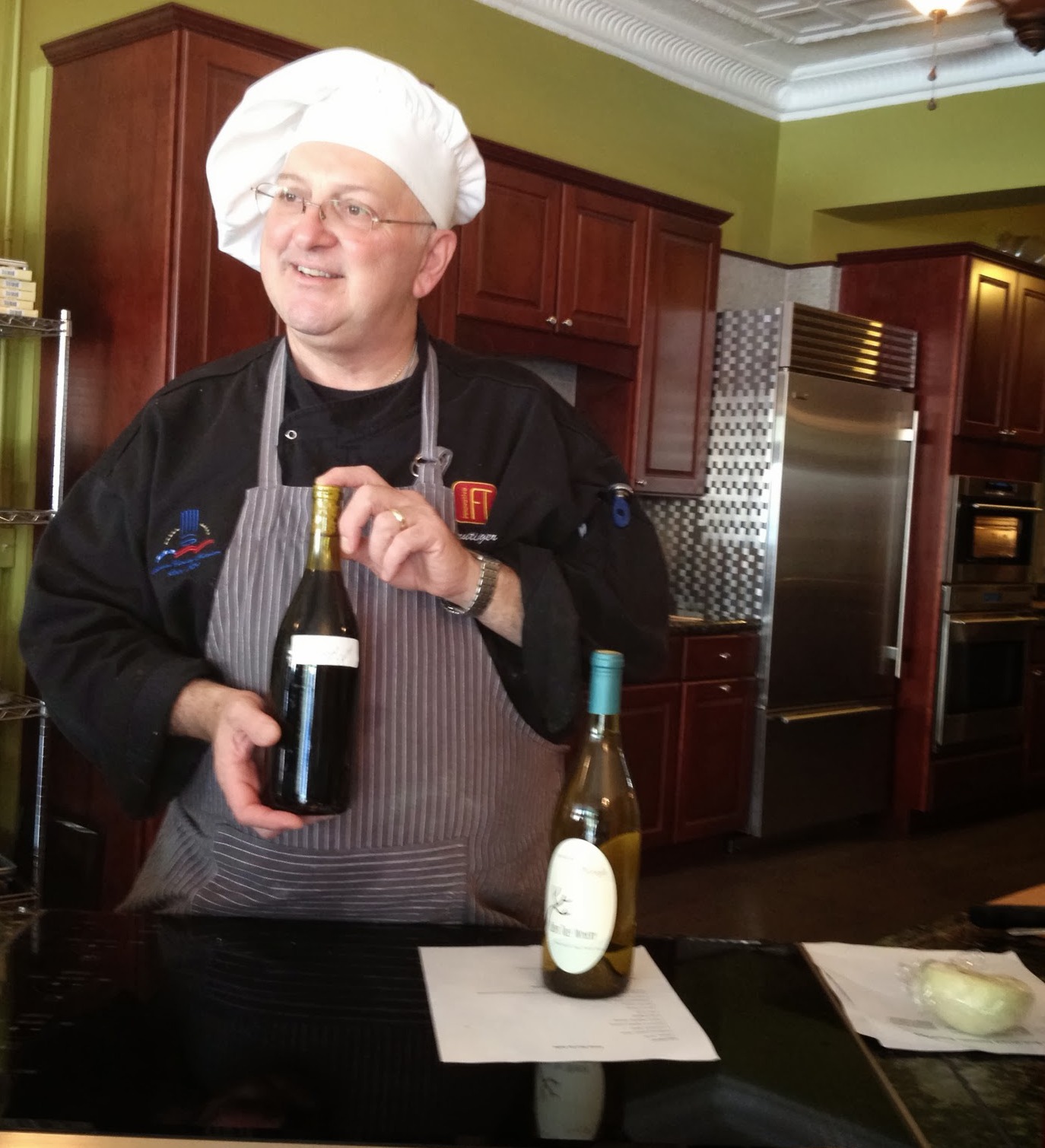 Chef Michael also shared with us different wines that went well with the meal he was preparing. We also got a tutorial on dicing onions. He’s a wealth of knowledge and is really fun. We all got to take part.

One very unique characteristic of the Glendalia cooking studio is that 90% of the classes are hands on vs. demonstration. This class was a special demo during the Food & Wine festival – but can’t wait to go back for a hands-on class!

Chef also demonstrated some new tools they have in the store & studio. This doohickey looks like fun and seems helpful! He spun some zucchini threw it and then nuked it for 90 seconds – and voila – side dish!!! Larry even liked it! 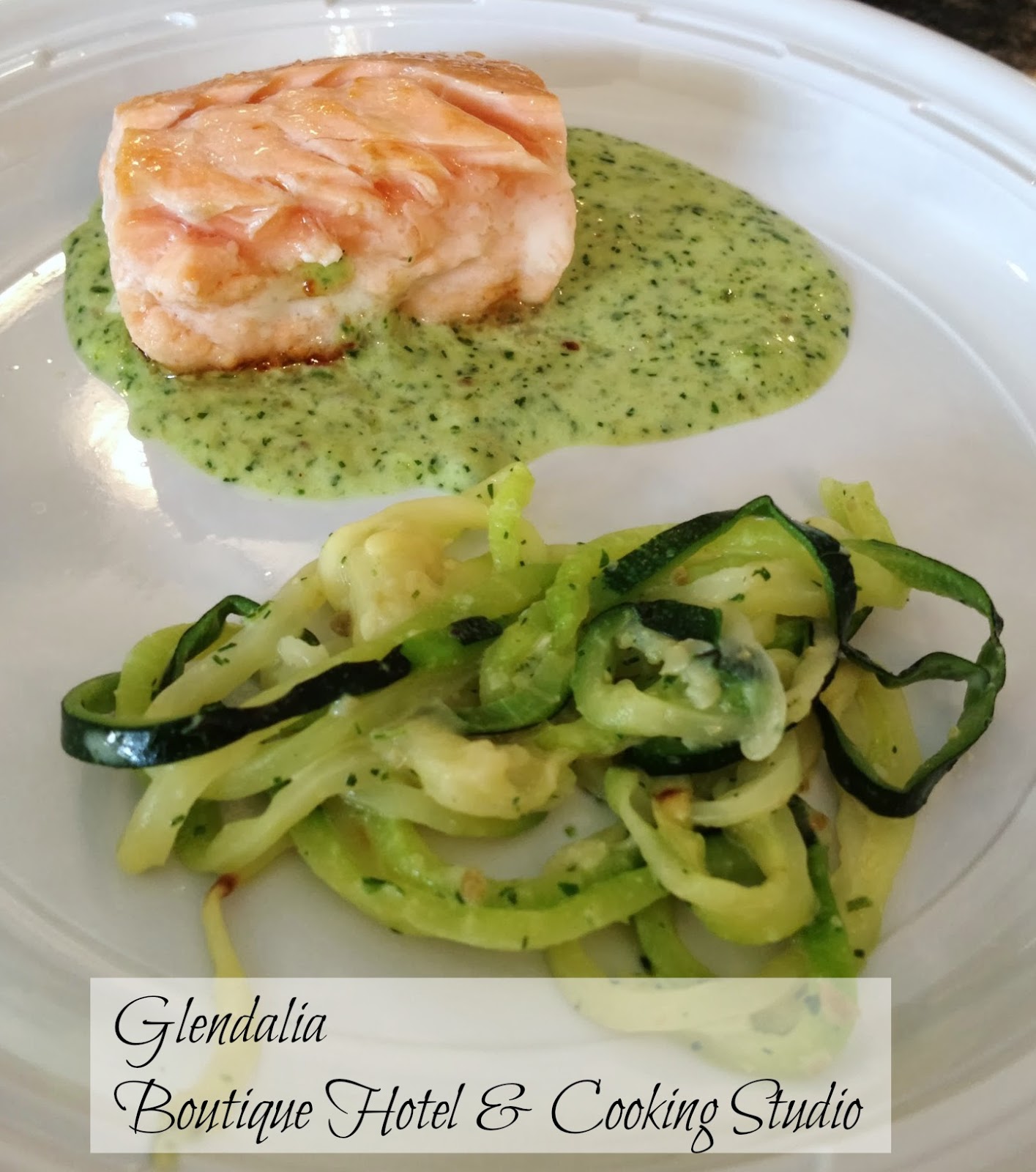 Chef Michael cooked up a seared salmon with a dill cream sauce and turned someone that doesn’t like salmon around! She said “Wow – that’s actually good!” It was so moist and cooked perfectly. He cooked it to a perfect medium rare – then a couple folks wanted it more done and he obliged but said they really should try it the right way. I couldn’t agree more.

I knew I liked salmon – but the zucchini pasta was the real surprise! I mean – zapping it for 90 seconds and it was tender and delicious. A tiny bit of butter and salt – blammo perfect side dish! 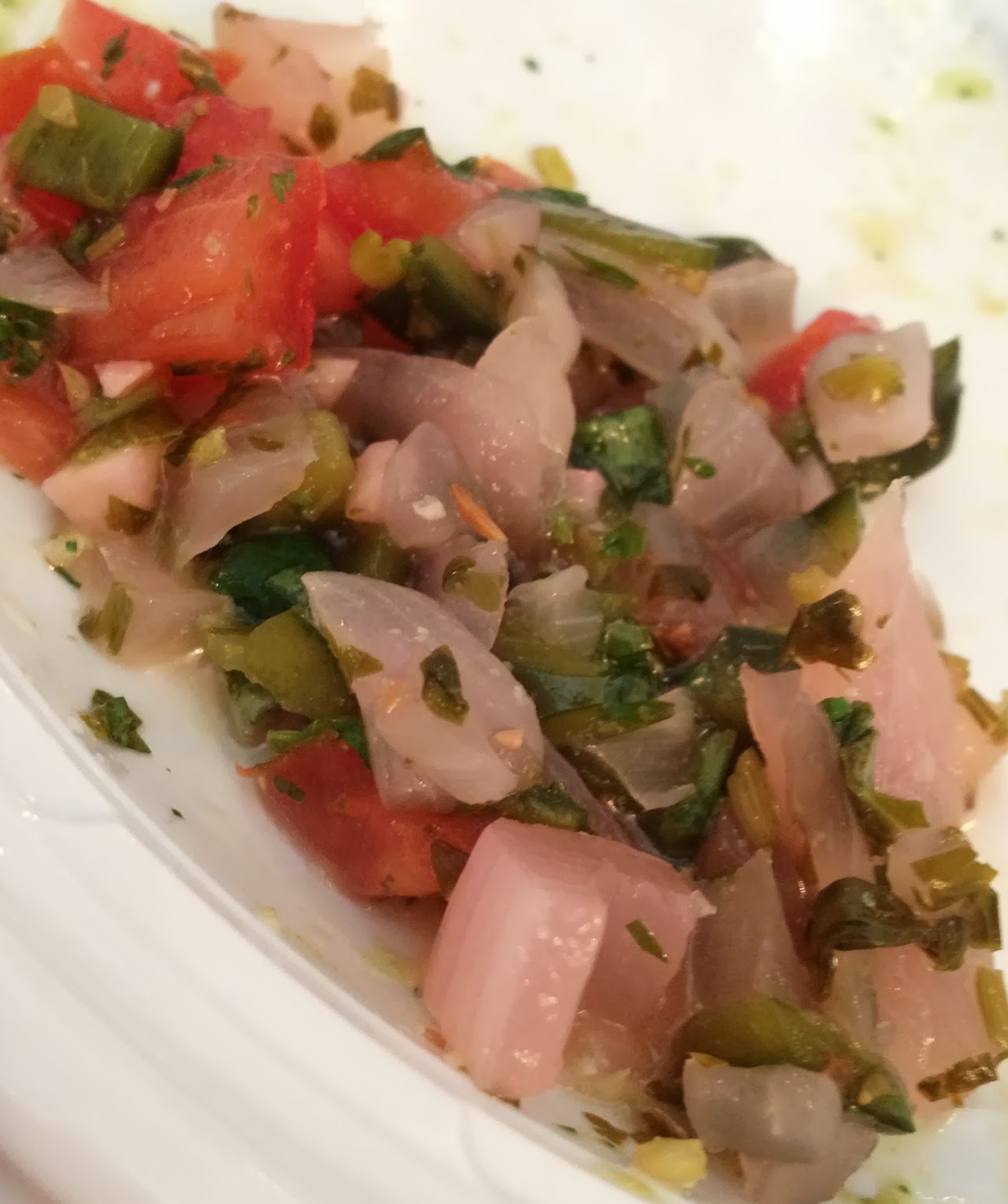 Since we finished early – Chef shared some salsa he made earlier with some corn tortillas he made fresh. Again – delicious! 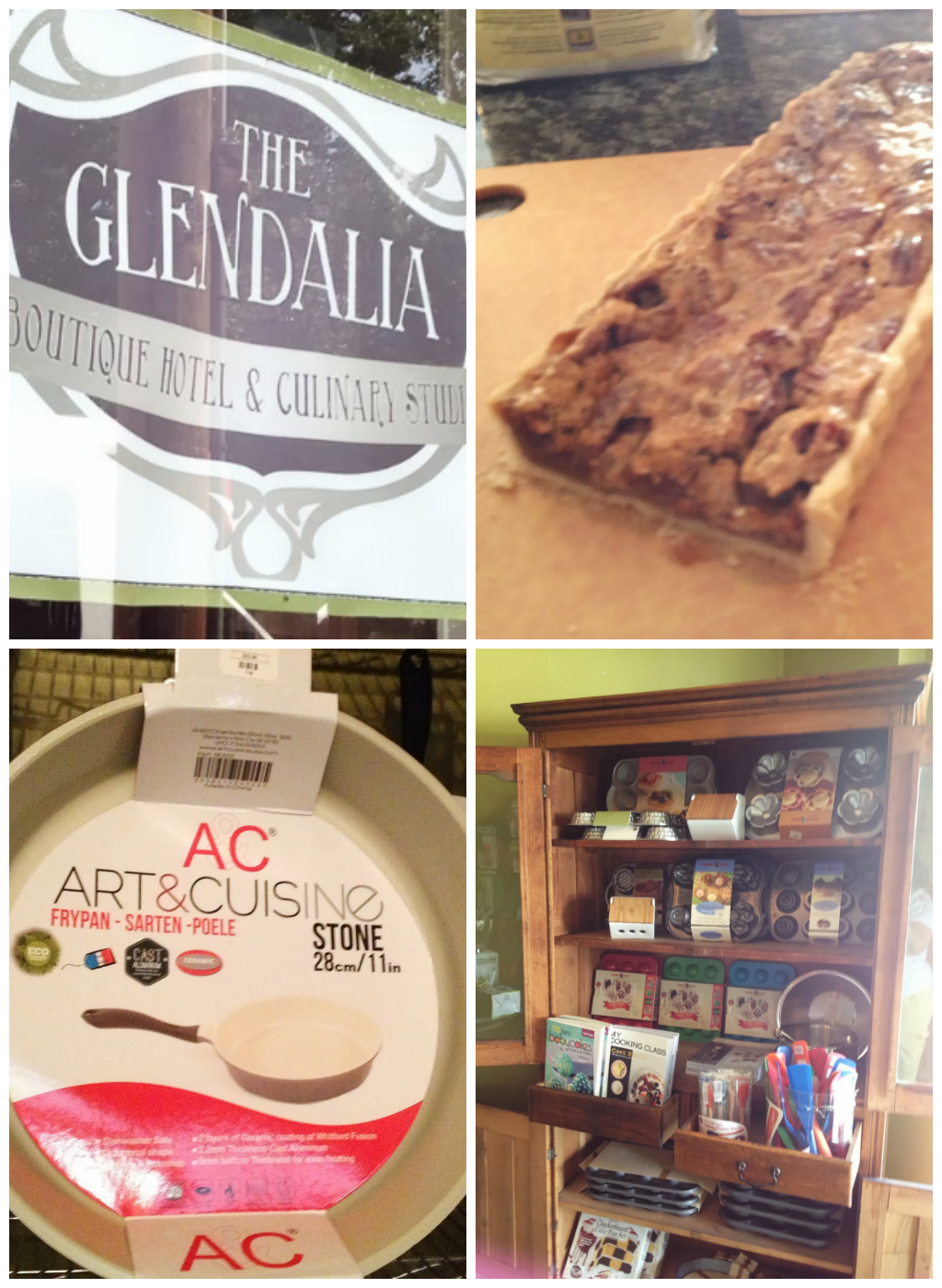 The Glendalia also has a small shop that features some of the cooking tools they use in the classes. I have to say – that Art & Cuisine cookware is AWESOME! I was seriously drooling and dropping hints to Larry about how much I needed some new pans.

And let me tell you about that Pecan Pie – it’s a mix they sell – you add a couple of ingredients and pop it in pie crust. Best. Pecan. Pie. Ever. 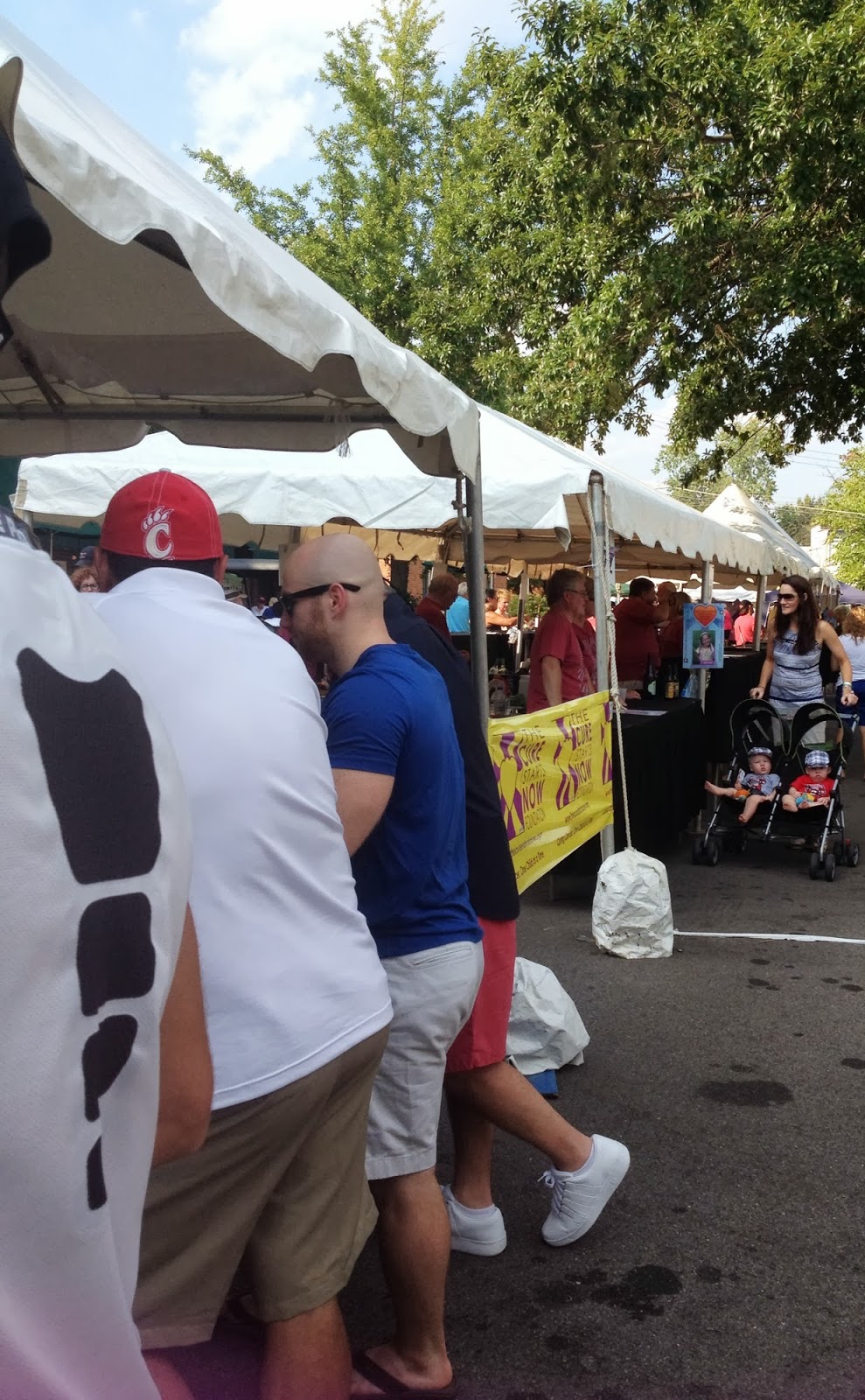 After the class, we headed to the Glendale Beer, Food and Wine Festival and has SO MUCH FUN! We tried lots of different kinds of beer & wine – sangria, local vineyard Bent Tree, some funked up chocolate stout (yuck!) and an awesome Zombie Killer Cherry Beer – these were just a few of the ones we tried. 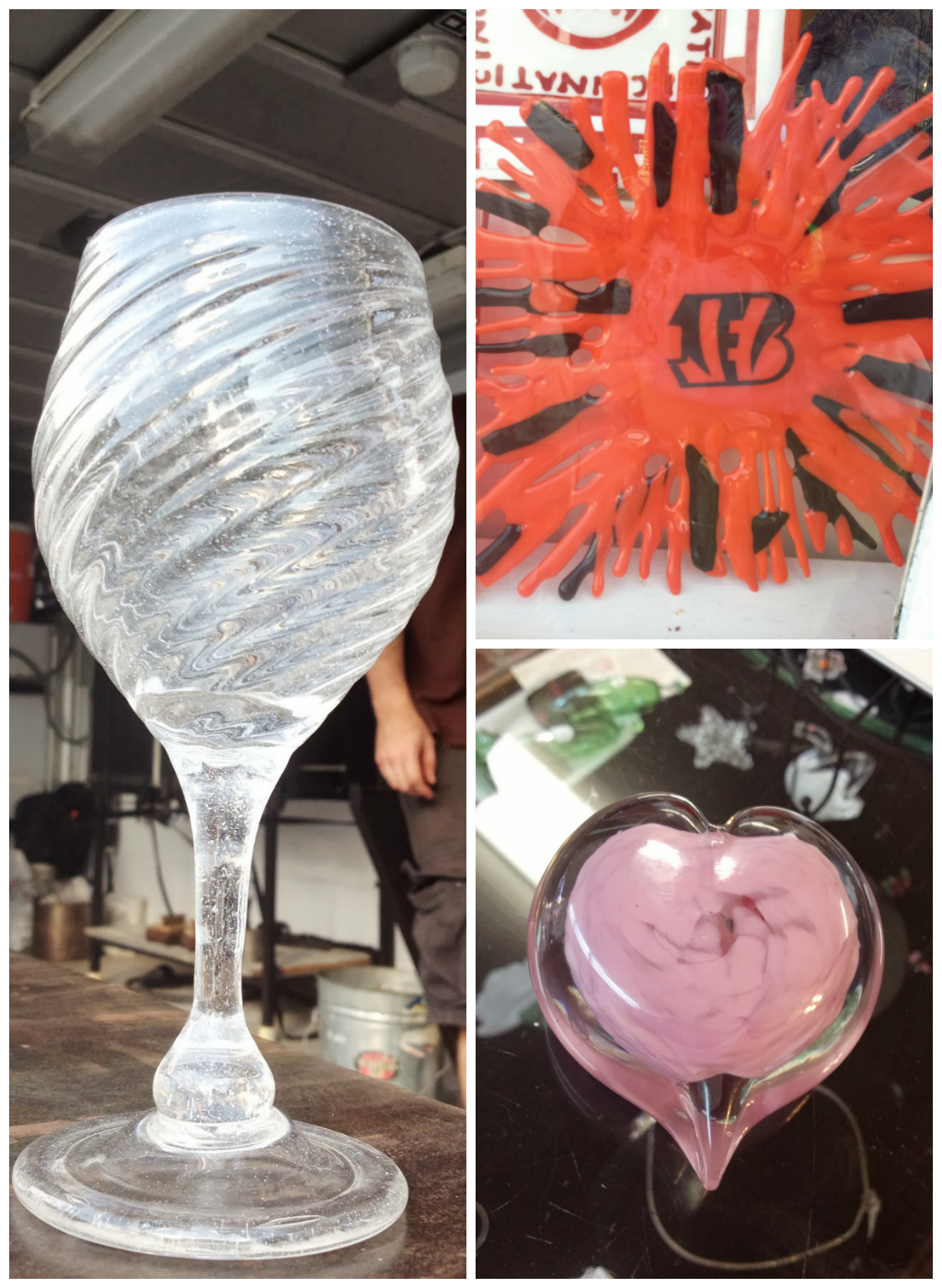 Besides the drinking (which I did PLENTY of) – there were vendors and stores open. Neusole Glassworks was doing glass blowing demonstrations – it was so cool! I bought that pink heart for my desk and Larry did a special order Colts horseshoe for his basement. 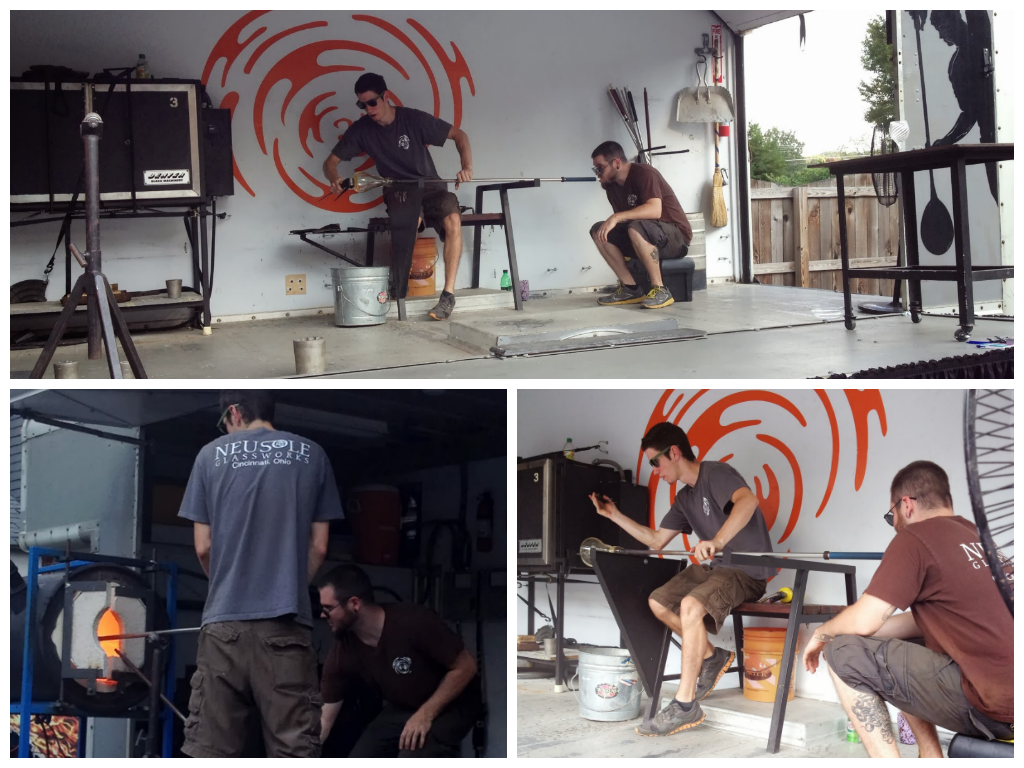 Here’s the Neusole guys at work – it was so cool seeing the glass turn from a blog into something beautiful!

Then they showed us how to make a volcano with their creation! 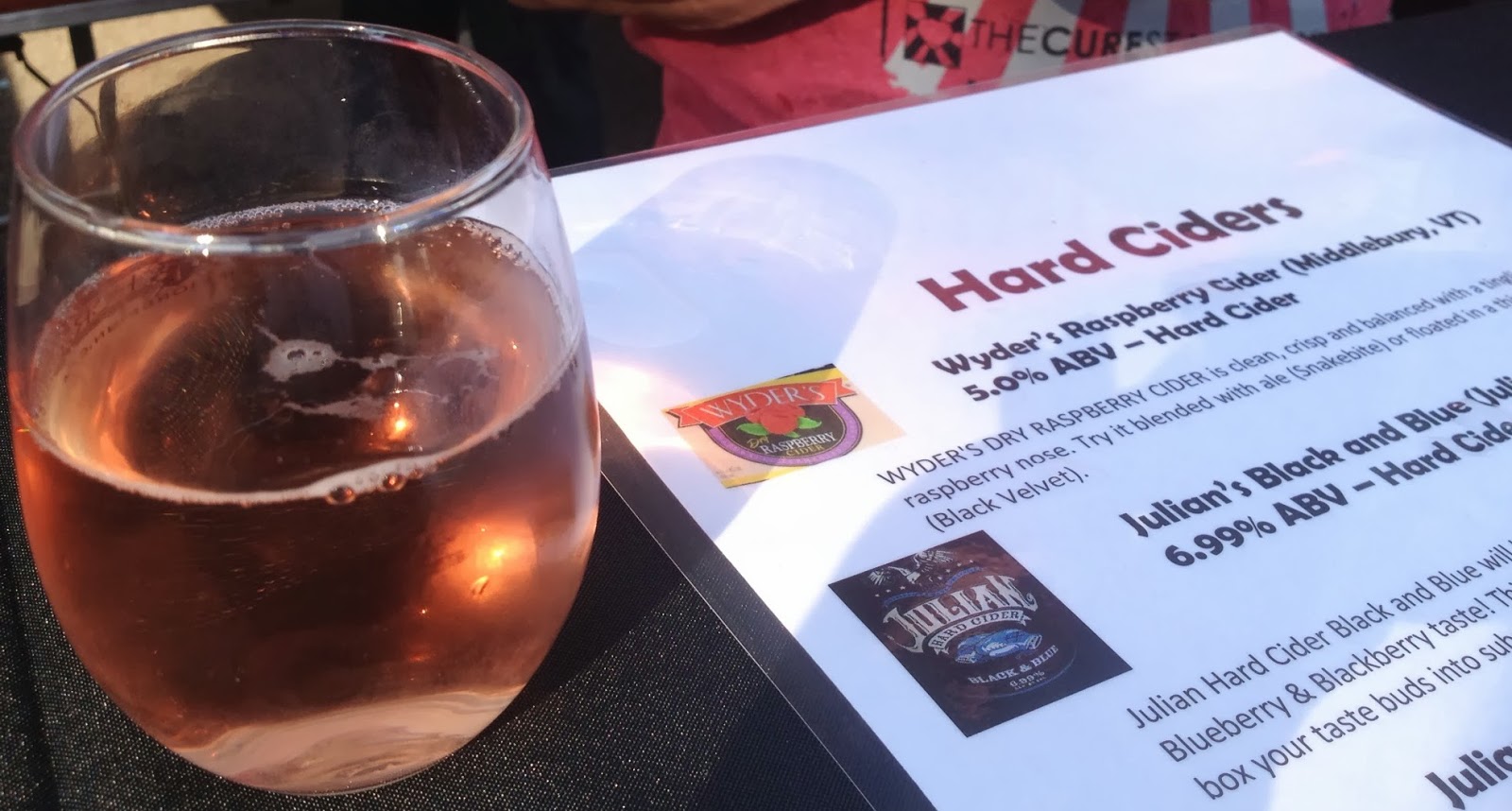 There was also a cider table – all ciders and I tried them all! Blueberry, raspberry, pear, apple – YUM! This was my favorite table. And I don’t really drink – like seriously – I drink maybe 1-2x a year and this was one of them! Five drink tickets later – I was feeling good! 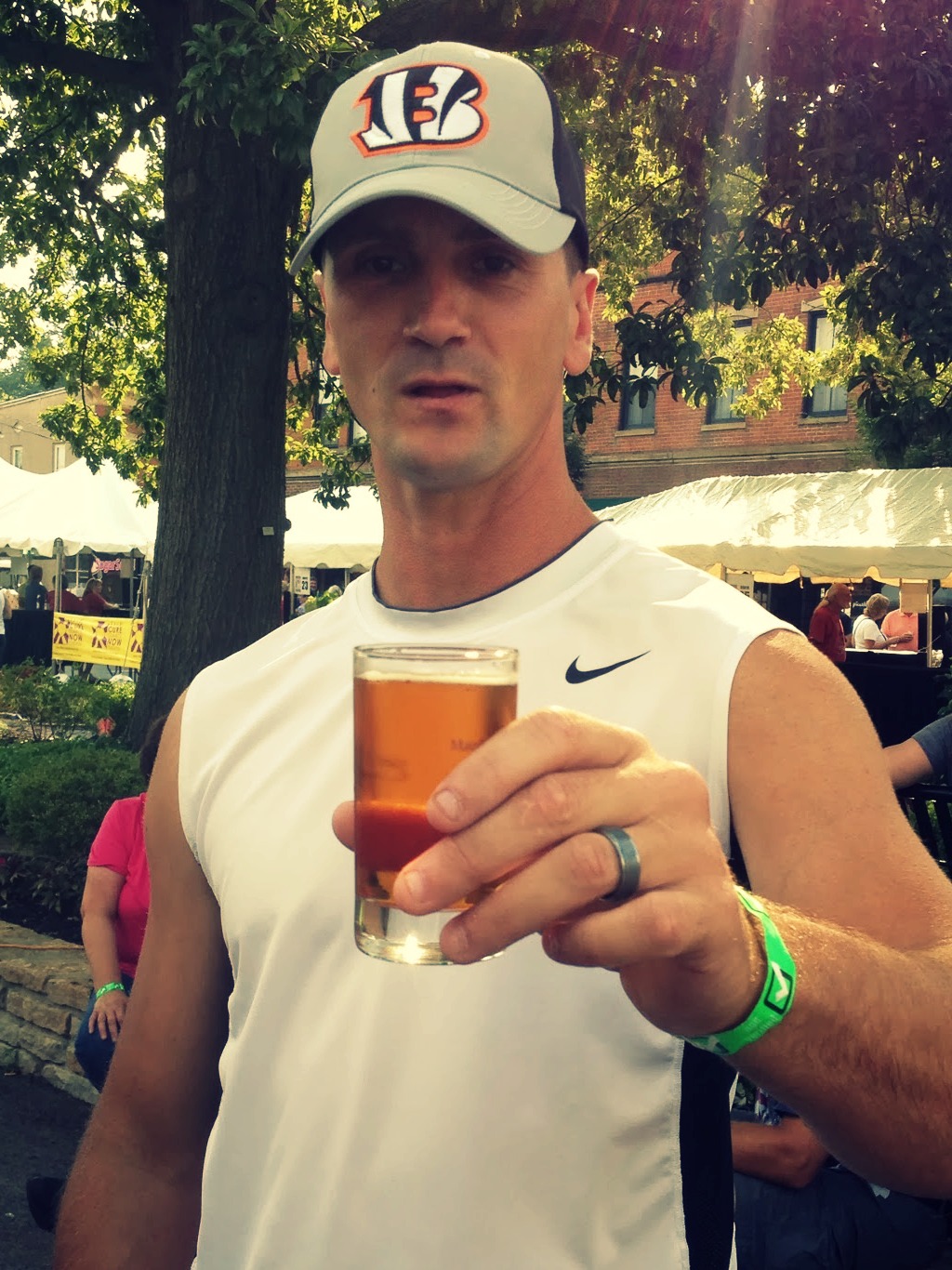 I tried to get Larry to try other kinds of beer – and he did indulge me for a couple of tickets – but then – he caved and went to love – Kentucky Bourbon Barrel Ale – the fact that it was on draft – he can’t turn that down. It’s his favorite and I have to agree – on tap – it’s sweeter. If you like beer and you like bourbon – you gotta try this. I visited their brewery/distillery earlier this year and loved the tour! 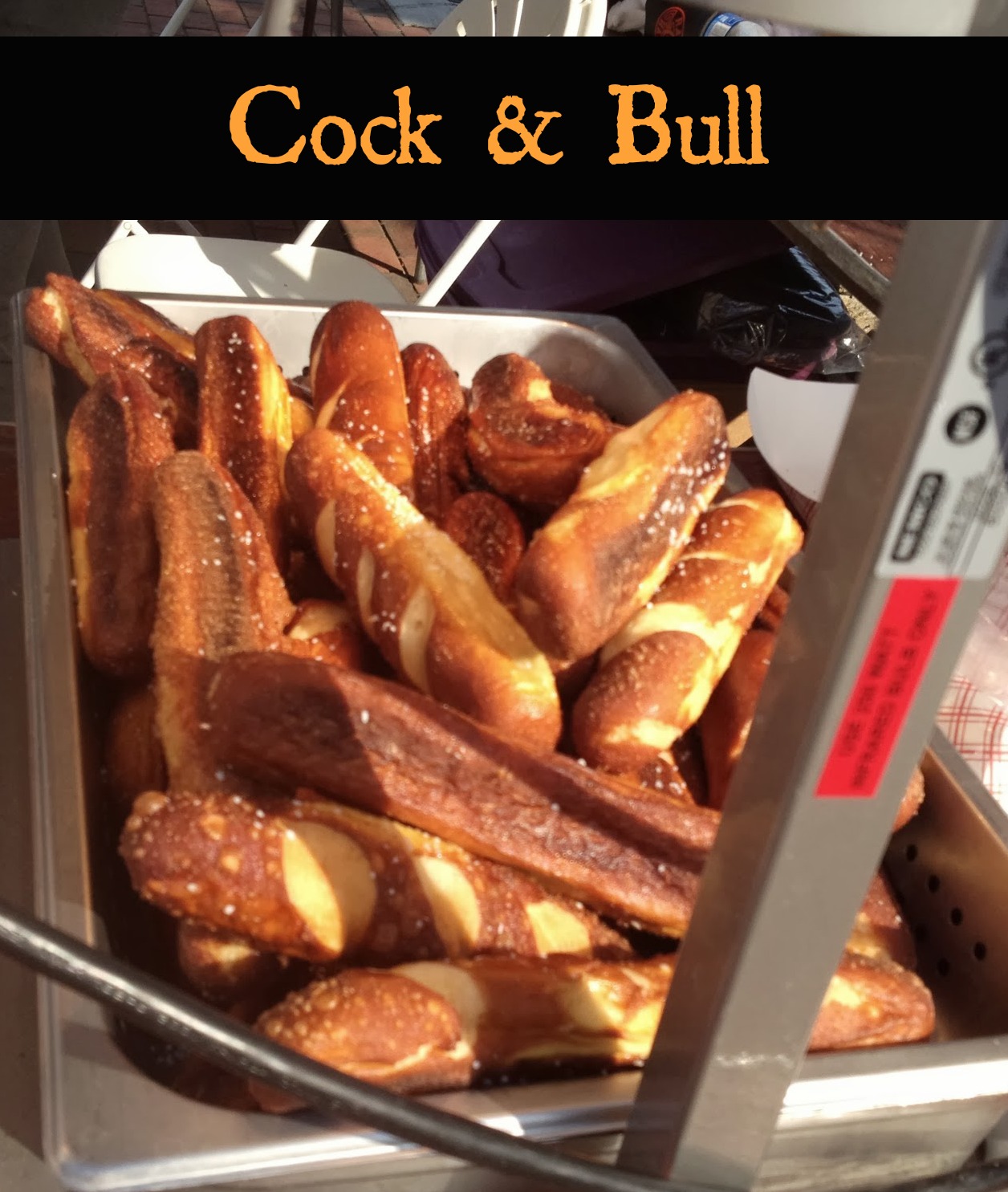 There was also food at the festival (of course) and let me tell you – these pretzel sticks from Cock & Bull were AMAZING! Holy wow – $3 each and well worth it. They were crispy, salty and buttery – then you bite in and it’s soft and delicious. Seriously – I nearly tried to steal the pan! 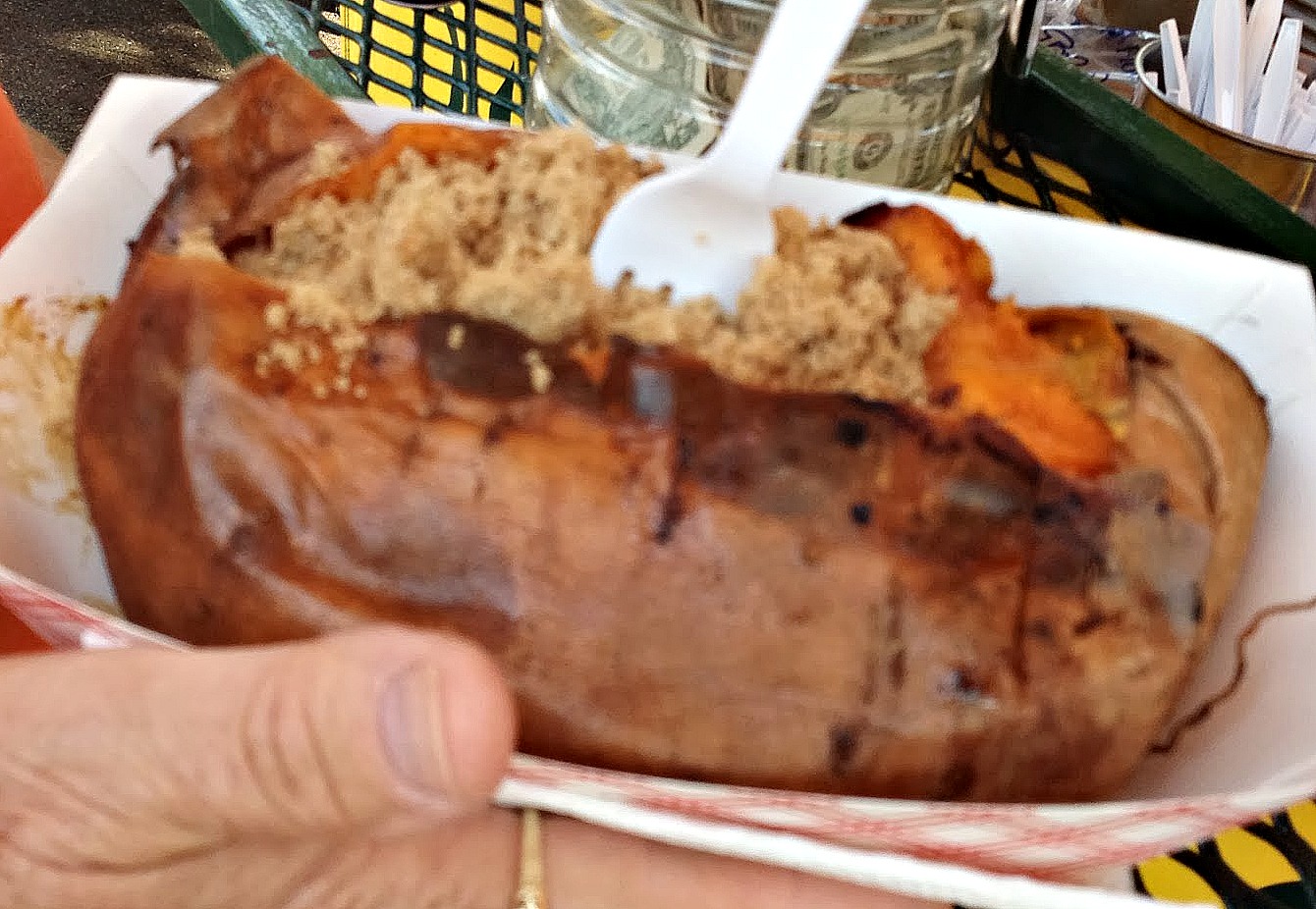 Then I found out the lemonade stand was selling these GINORMOUS sweet potatoes. Holy wow. I seriously made a random stranger stop and let me take a picture of her food. 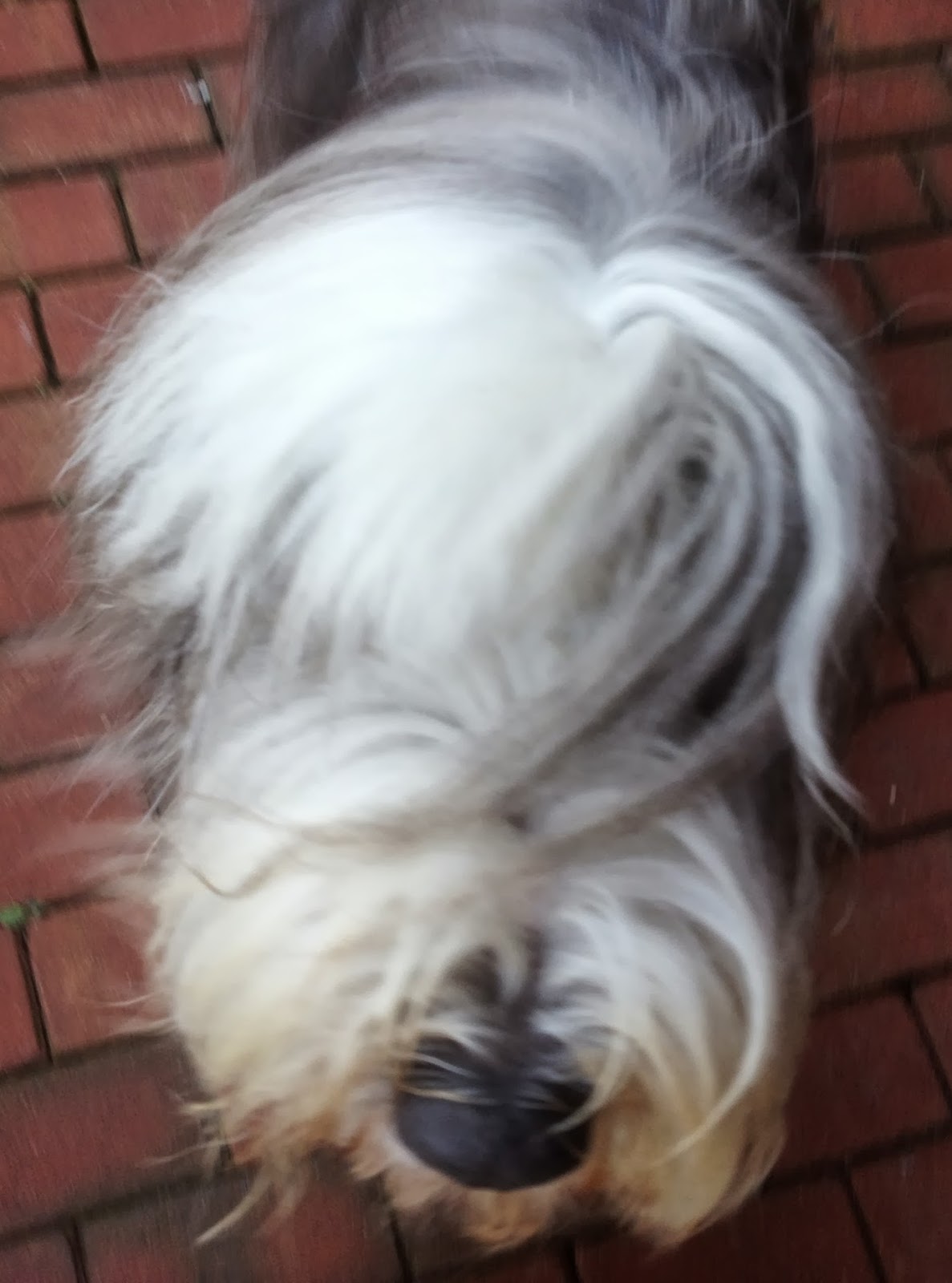 And if you like wine and dogs – stop at Piccolo – they have TWO dogs and LOTS of wine! Look at this boy! He and his brother just hang out at the store. I was in heaven! 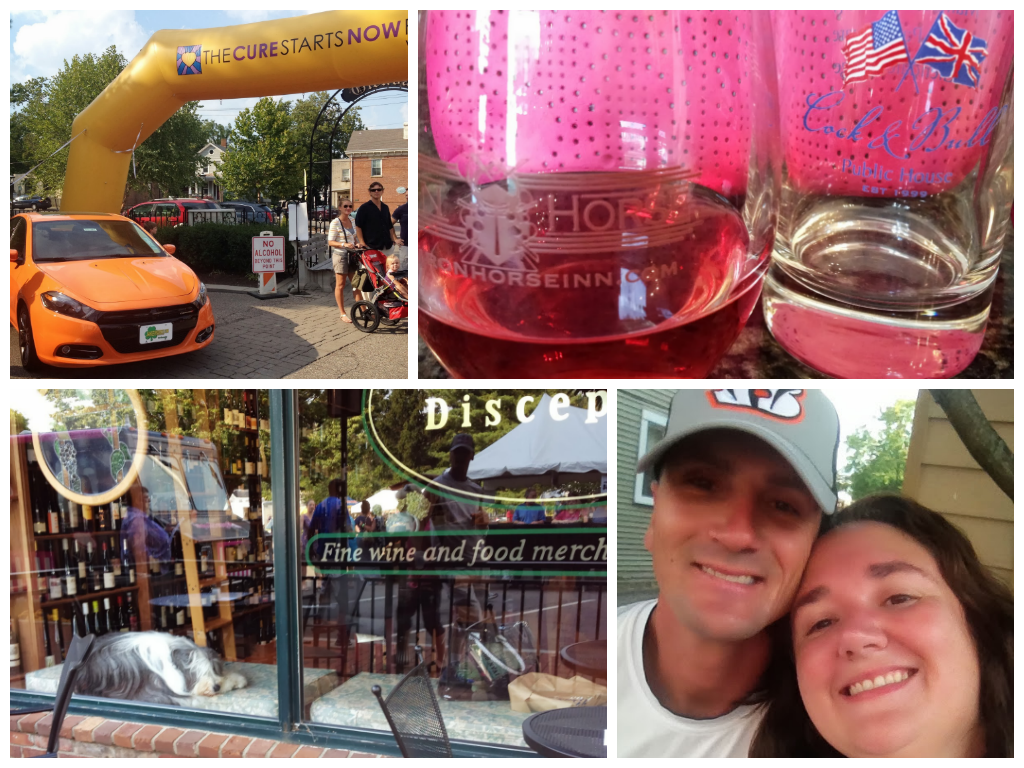 Proceeds from the Festival went to The Cure Starts Now – so even though the festival is over – you can still donate to the cause. And make sure to mark your calendar and like them on Facebook so you are aware next year! 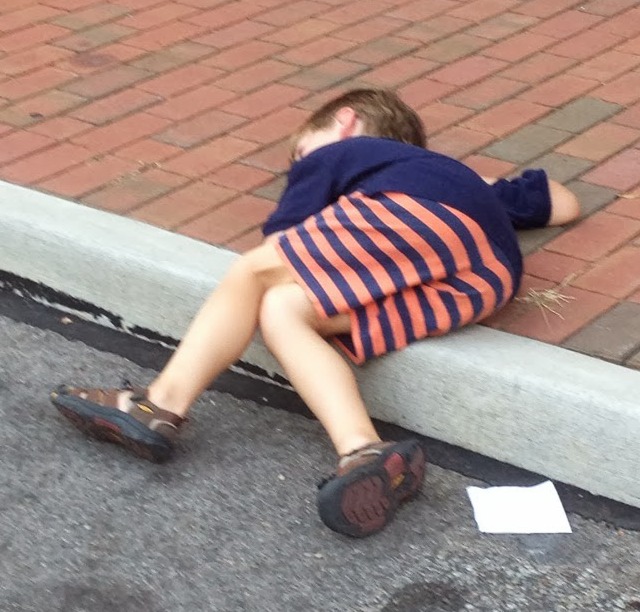 And to some people – it was just a helluva day all around!
I can’t wait to take another class at the Glendalia and hopefully stay sometime soon as well. And will definitely be at the Food, Beer & Wine Festival again next year!
* Disclosure: I was provided free tickets to the festival that included drink tickets as well as the class at the Glendalia for free. That said – all opinions are my own and I did get a little schmammered.