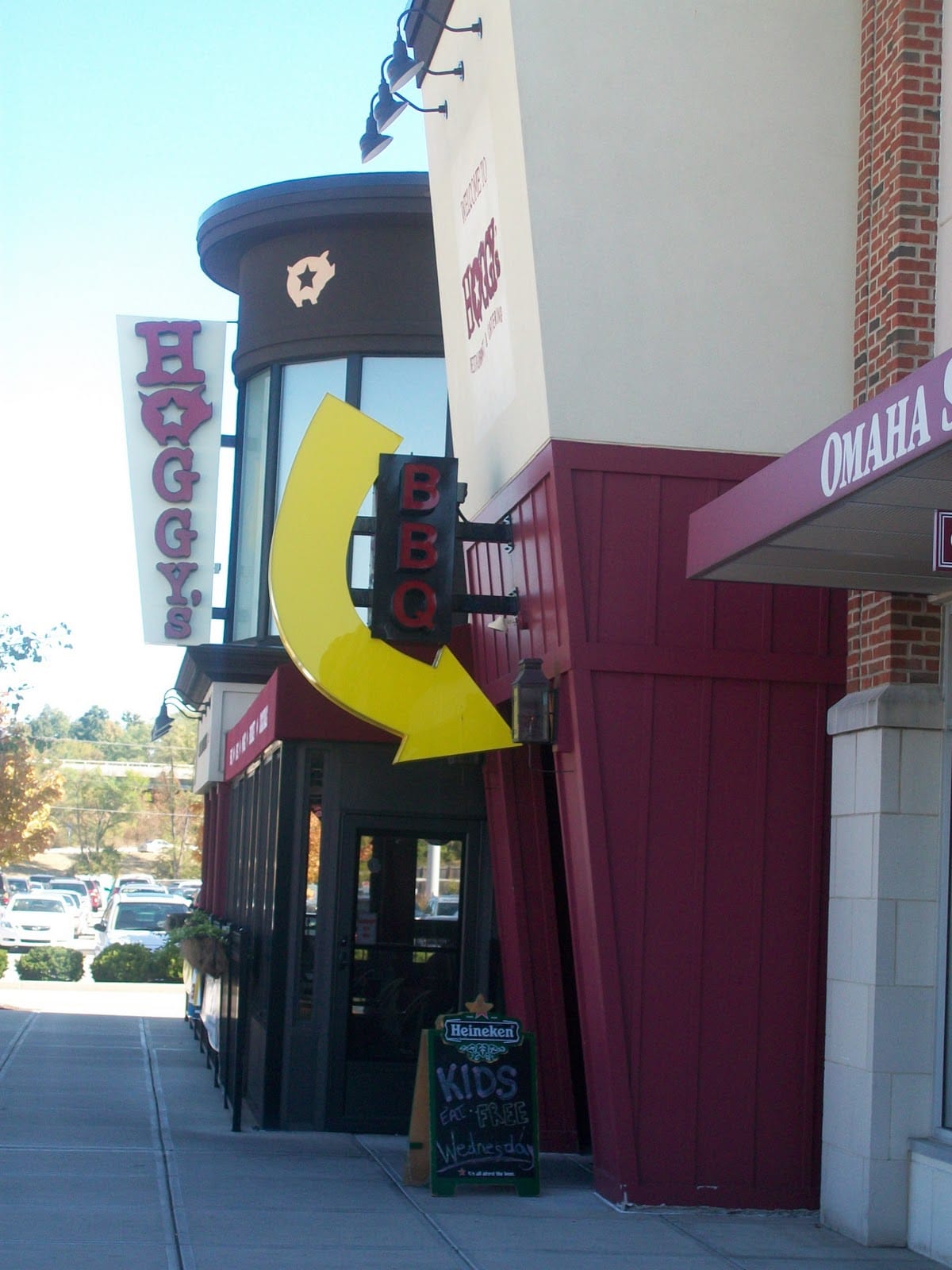 It’s in Crestview Hills Mall on Dixie Highway but it’s tucked in a bit – so you can’t see it from the road. 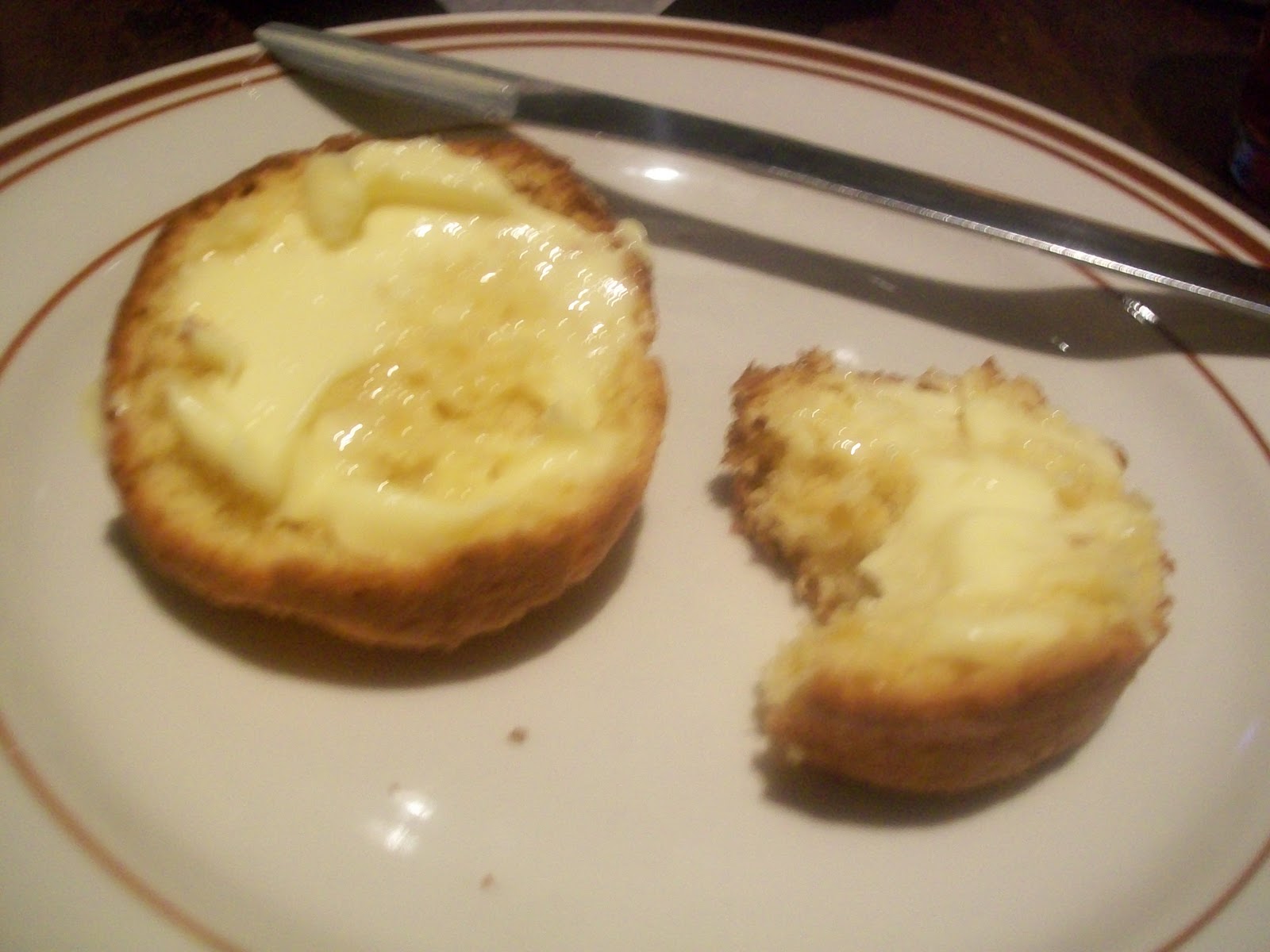 I remembered that the cornbread was really good…but I think it used to be pieces of cornbread. Now it’s muffins and they weren’t very good. BIG disappointment! 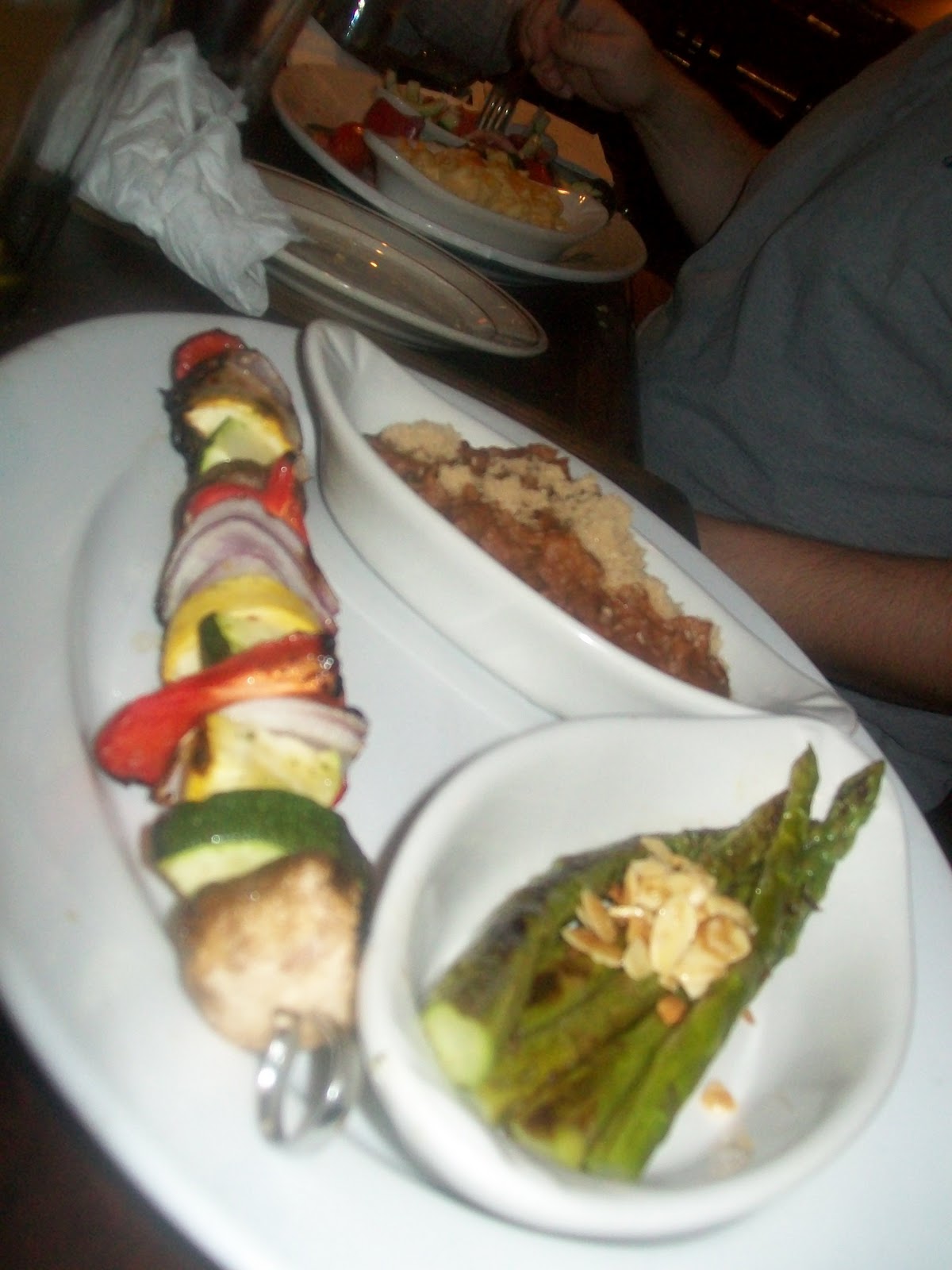 There’s a veggie combo of kabob, asparagus and mashed sweet potatoes. Kelly wasn’t a fan of the potatoes at all. We each had the veggie kabob – it was okay but nothing special. The zucchini was tasty and really the only thing that held the marinade. 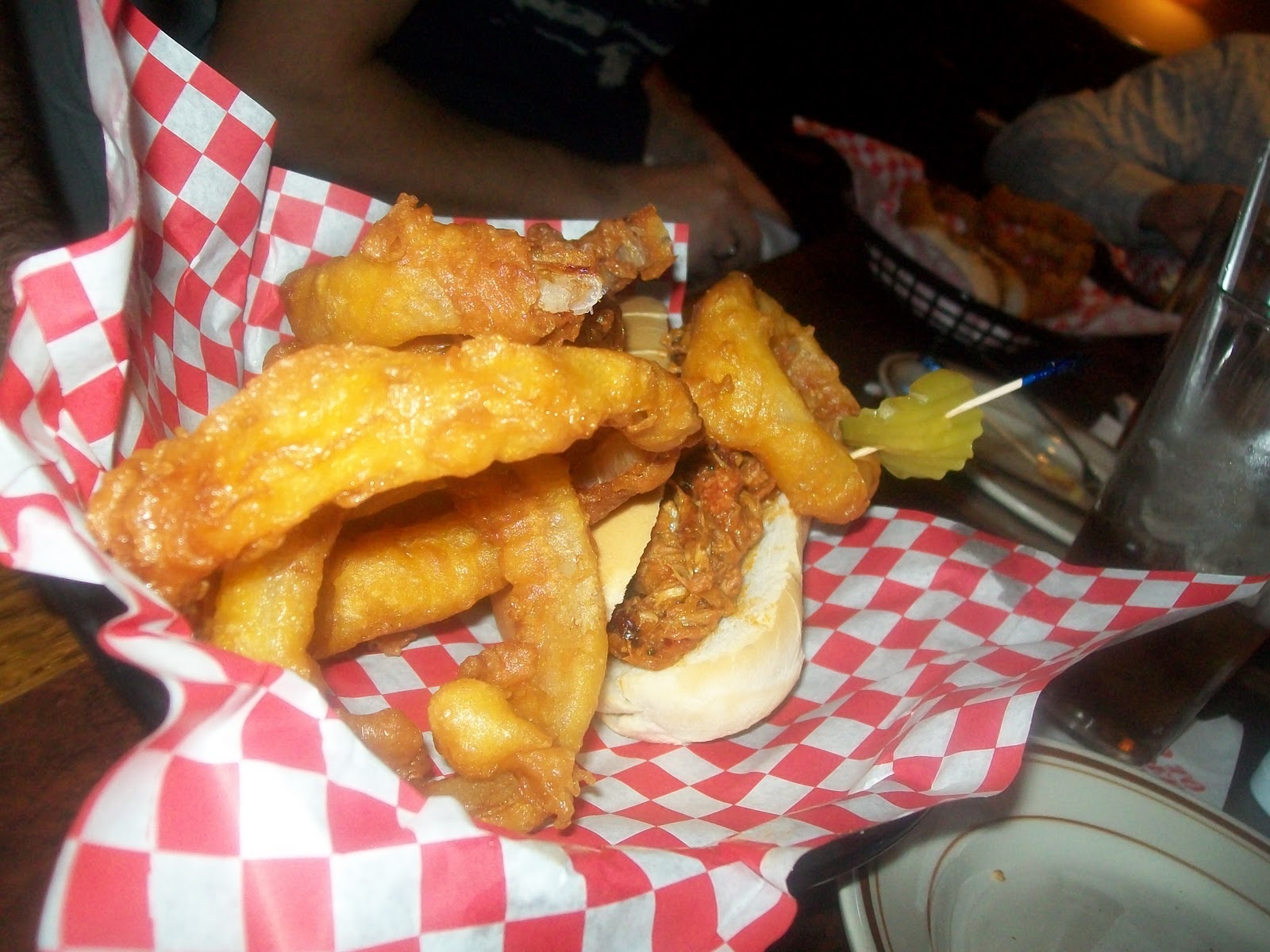 The onion rings look really good…big and horrible for you. 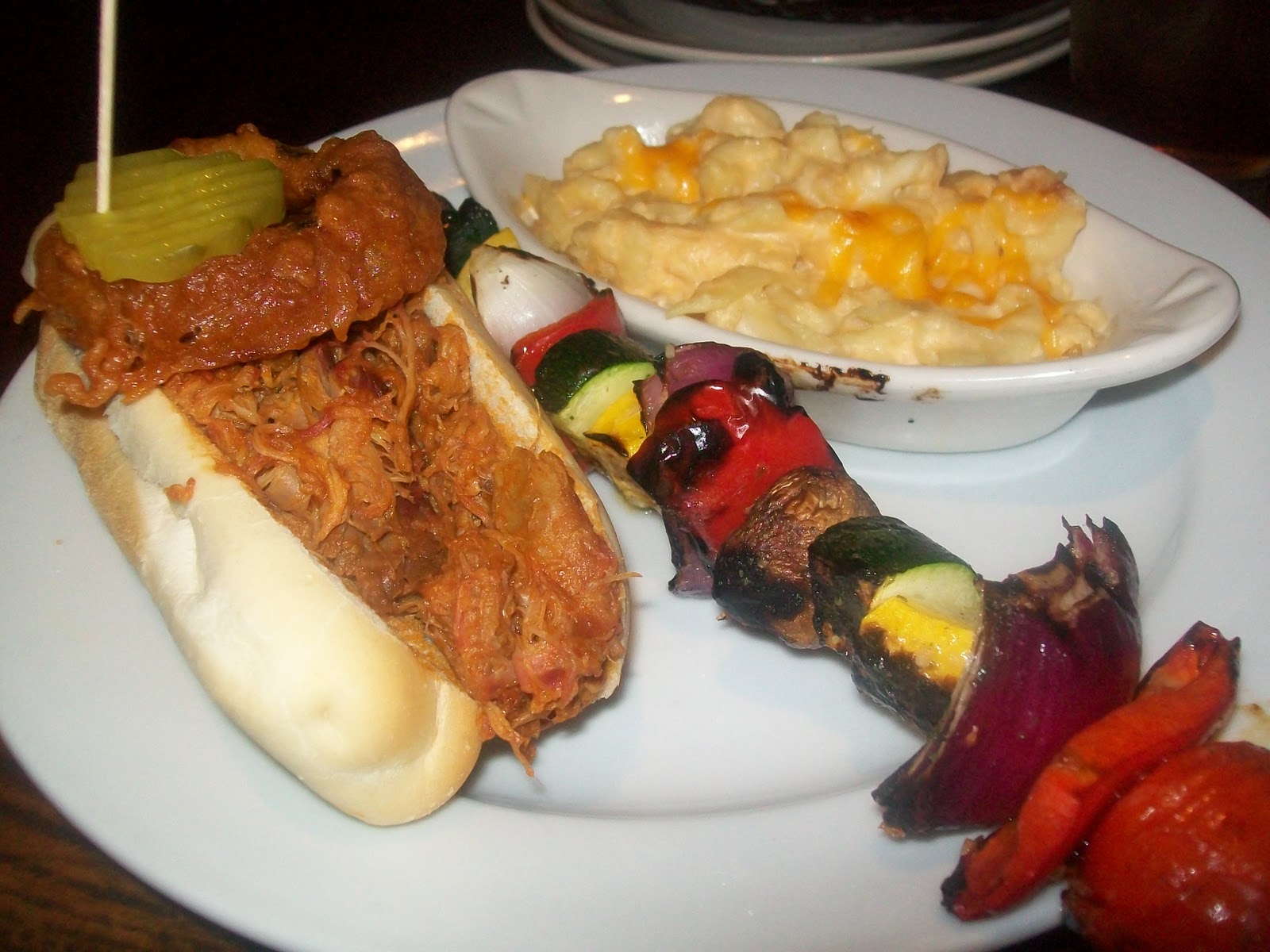 I got a Pick 3 with a bbq pork sandwich + 2 sides (mac & cheese & kabob). The bun on the pork sandwich was HARD AS A ROCK – I couldn’t even eat it. The bbq inside was okay. The kabob – previously mentioned – fine but not flavorful. The mac & cheese was bad! It was lumpy and gloppy – not creamy at all. Very “homemade” but not good – bland bland bland and a consistency that wasn’t so good.

Why Should You Go? Well – I’m thinking don’t bother. I hear City BBQ is much better. Thus the poll on the top left – what is your favorite bbq in town? (Hoping not everybody says Montgomery Inn – I’m not a big fan.) So vote in the poll or comment below if your favorite or a “must-try” isn’t listed.