My friends at Gorman Heritage Farm on Reading Rd have some of the most interesting events – a couple of weeks ago – I got to attend their Savor the Season: Farm to Fork day at the farm.

If you’re not familiar – Gorman Heritage Farm is a working, educational farm in Evendale. It’s interesting to be in a corn maze in the middle of town!
For Savor the Season they had cooking demonstrations, unique food vendors as well as demonstrations around the farm. My good friend AdventureMom was able to join Larry & I with her family at the event and it was a beautiful day! 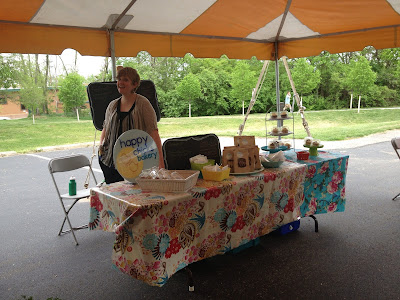 The vendors ranged from a bakery to artisan cheesemakers as well as folks like Grailville, Green Bean Delivery, Whole Foods Mason and a lot more. 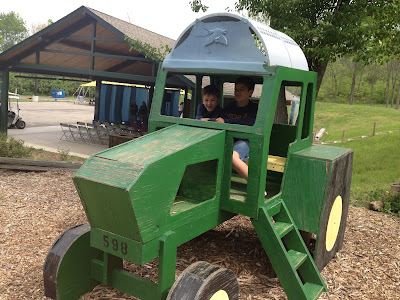 AdventureMom’s two boys had a blast on the farm – it was a photo opportunity around every corner! 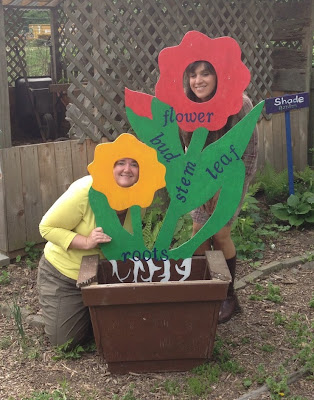 And then we had to get in on the action… 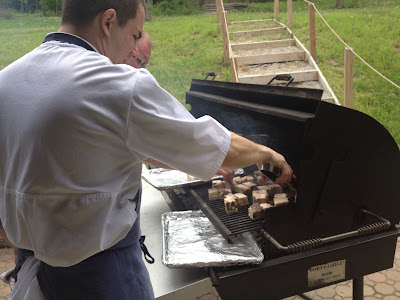 There were a quite a few cooking demonstrations going on – we decided to sit in on Jose Salazar‘s demonstration. He’ll be opening a restaurant later this summer in OTR. 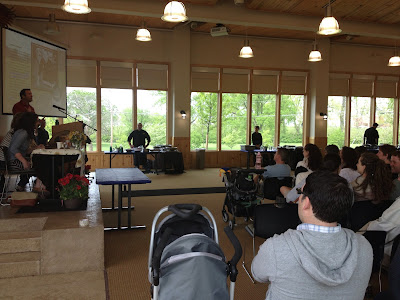 But we had to sneak away for a few minutes to catch a Cincinnati version of Chopped/Iron Chef. 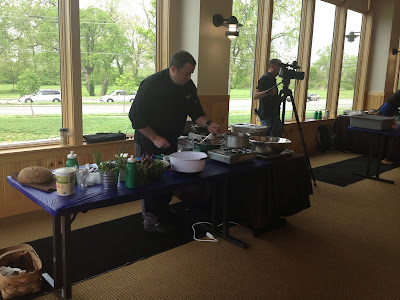 I have to say – it was fun – but not as interesting as the television show – there’s a lot of silence while they’re cooking. 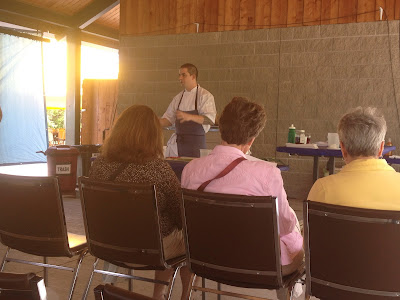 So back to Jose – 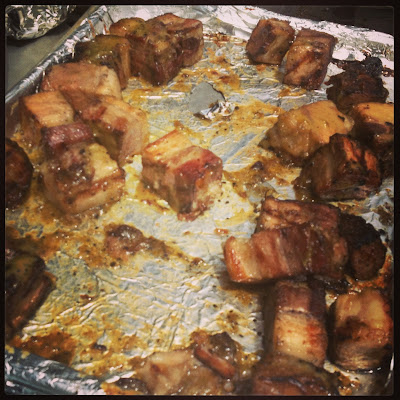 Mmmmmm Pork Belly! This was really delicious – the marinade/sauce added to the intensity of the pork belly – loved it! 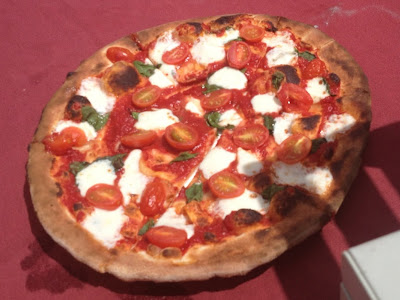 Right outside the cooking demonstration, Fireside Pizza Wagon was there serving up fresh pizzas… 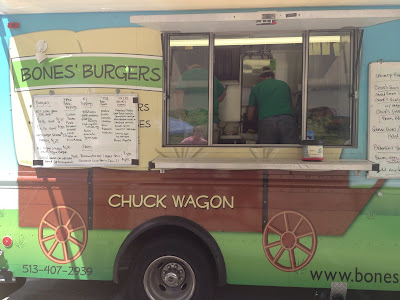 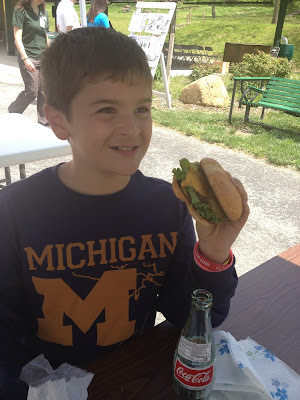 Their food looked good though… 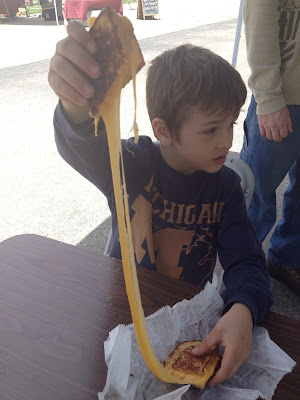 Cuz yeah – anything with cheese like that has to be good – amiright? 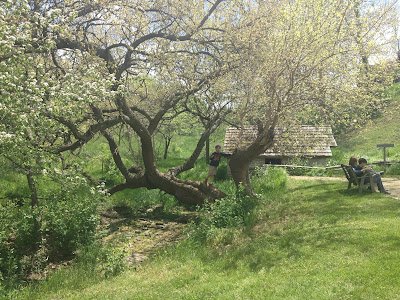 What’s that in the middle of the pic? Um yeah – AdventureMom’s boys don’t fall far from their AdventureMom tree! They were climbing like nobody’s business! I wish I had their lack of fear! 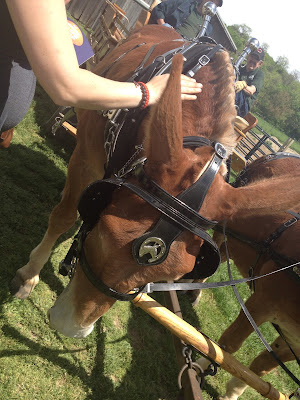 Then we took a carriage ride with the mules – they were so pretty and soft. I am such a horse lover – I have decided that I want to go horseback riding for my birthday. 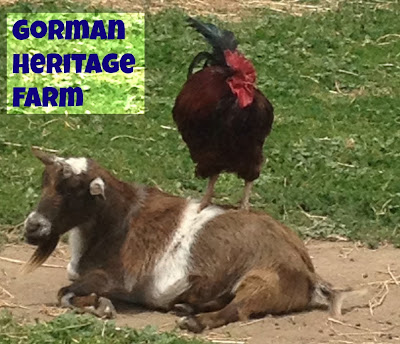 Oh yeah – then this happened. 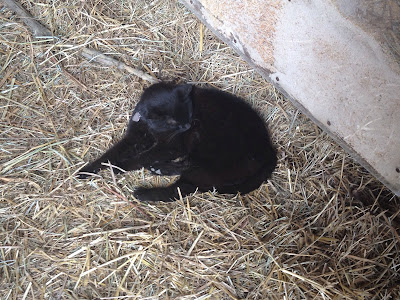 And what farm is complete without a barn cat? 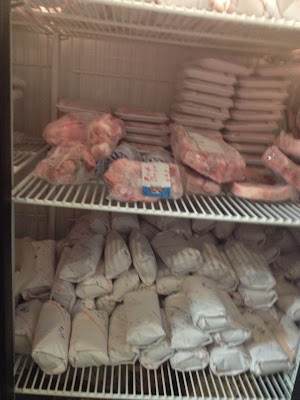 The farm also has a gift shop with a lot of handmade goods and – well – it’s a working farm – so as with farms – animals aren’t just for snuggling. Yeah – they sell freezer beef, etc… awwww 🙁
And what came at the end of the day? 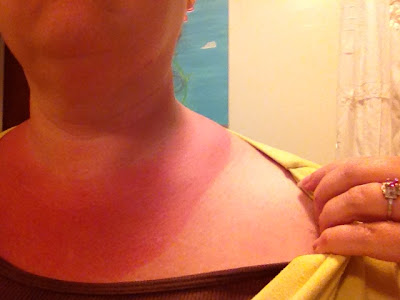 Yeah – that hurt.
We did have a great day at Gorman Heritage Farm – we learned about growing potatoes, found out how to cook pork belly and learned quite a bit about mules! The farm is open year-round as well as having special event days like the Sunflower Festival (one of my favorites!). They also have summer camps and other educational programs.
The Farm is a really great place to visit if you have kids – but adults can have fun as well. If you’ve got city kids – take them to a farm so they can get out in the dirt a little bit! And then when you’re done – head down the street to the Root Beer Stand for a root beer float!
Previous Post: « It’s Smashburger and I helped!
Next Post: eMeals Subscription & Ham Stroganoff »