I have decided I’m just not much of a festival person – I know – it’s the Cincinnati thing – but I just don’t love them. Overpriced food and drinks – kinda boring – blah blah blah. That said, I keep going to them.
A couple of weeks ago, we all went to the Goettafest! Again – unless you’re there to drink some beers – it’s not that much fun – but it killed an hour of our lives – so it was fine. 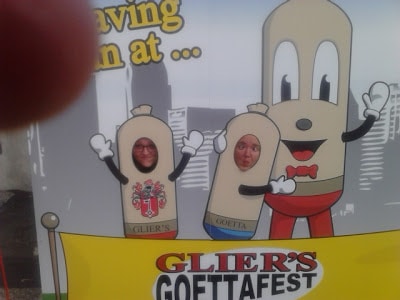 We had to get the Goetta shot – that’s my sis on the left not getting into near as much as I did…she’s such a party-pooper! And yes – that’s Larry’s thumb up in the corner… 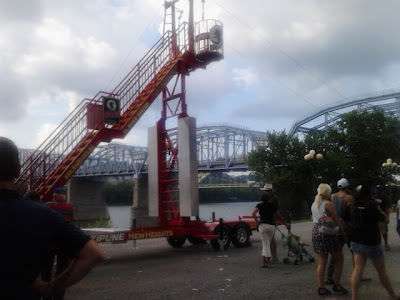 That right there is a mobile zip line. I could just see me trying that out and then it toppling over. I’ll wait until I’m in the wilderness for that one! 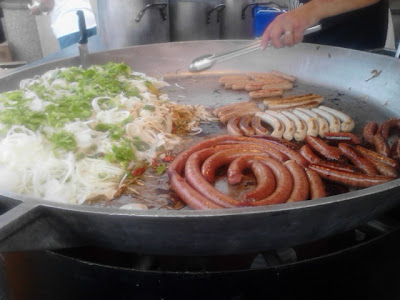 There were a LOT of food vendors – I was pretty impressed! This big ol’ frying pan of goodness was screaming my sister’s name. 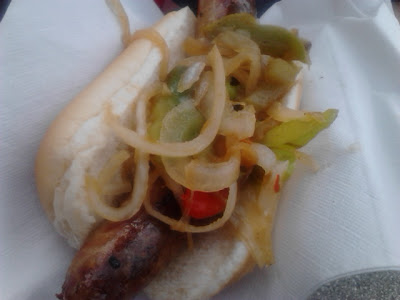 She wasn’t brave enough to try the goetta (wuss) but she did have a sausage with onions and peppers. She enjoyed it but then wished she’d tried the goetta.

There was goetta mac & cheese, goetta burgers, goetta nachos, goetta brownies and so much more… 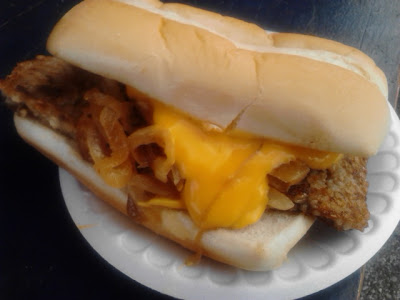 I went for the goetta philly cheese – I’ve really only had goetta once and didn’t like it – so I was going for something covered in cheesy goodness just in case I didn’t like the main ingredient.

Actually – I really liked it! It was pretty much like sausage and hash browns fried up together (taste-wise). It was crispy and salty and pretty darned good! I would definitely try goetta again – but not the mac & cheese – that stuff looked awful!

Have you been to Goettafest? What’s your favorite way to eat goetta? Did anybody actually buy anything out of the Goetta vending machine???? 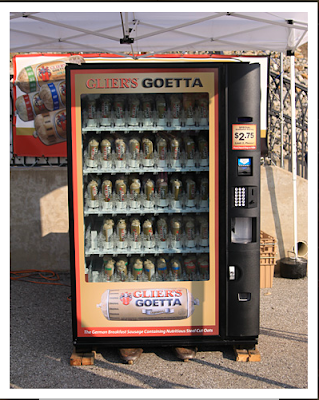