I feel like if you live in Cincinnati – you’ve heard of Crossroads Church – as long as you haven’t been living under a rock! It is our city’s version of a “mega-church”. I’ve attended Crossroads off and on for going on ten years now – their main location is in Oakley but now they have satellite locations around the city and are expanding throughout Ohio and Kentucky. It’s also known as the “church for people who don’t like church”. It’s very modern, relaxed and contemporary – which I love.

Crossroads is also a very giving church. They have a huge Thanksgiving food drive that helps those in Cincinnati and helps people around the world. The Christmas Angel Tree program is one of the best you’ll find. They’ve also created the phenomenon known as Go Cincinnati – where the city bands together to bless every neighborhood. 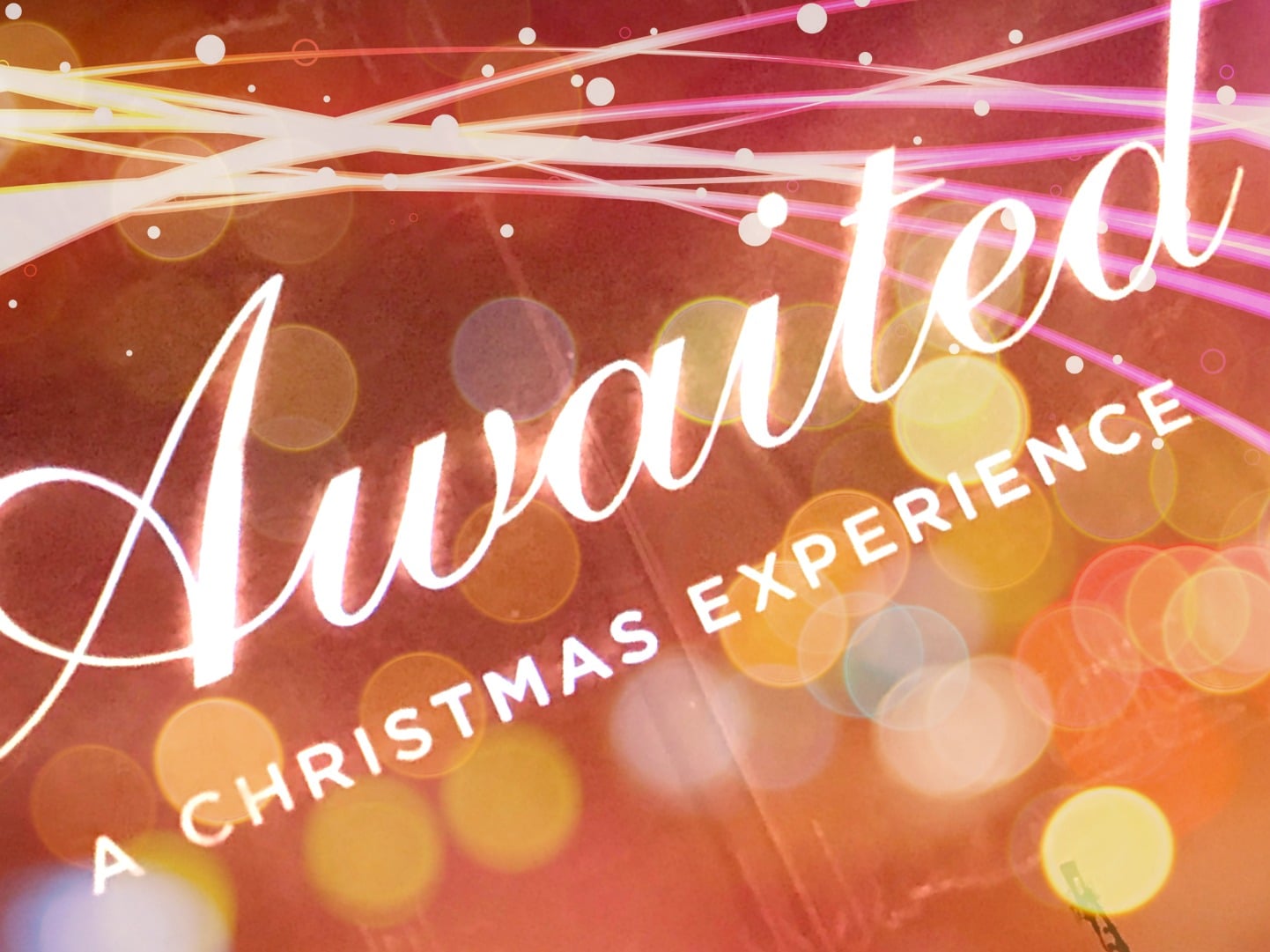 There’s another piece of the Crossroads pie that thousands have experienced – and this is the last year for it: Awaited: A Christmas Experience. This is a Christmas show like you’ve never seen before – it’s basically a show that could be on stage at the Aronoff – but it’s free! The show is amazing – but it takes a lot of resources to put it on and they want to spread the funds for other ways to bless more people.
The show can be seen at Mason or Oakley now thru December 23 – but you must get tickets. The tickets are free though! And if all the tickets are gone- you can go and try for standby. I’ve heard people have good luck with them.
But this year – they want to make sure that the show gets out to even more people – across the world! They are now streaming it online – I know I’m going to be sending this to my mom in Iowa, my cousin doing mission work in China as well as my friends that are youth pastors in Ecuador.
But let me tell you about the show too! 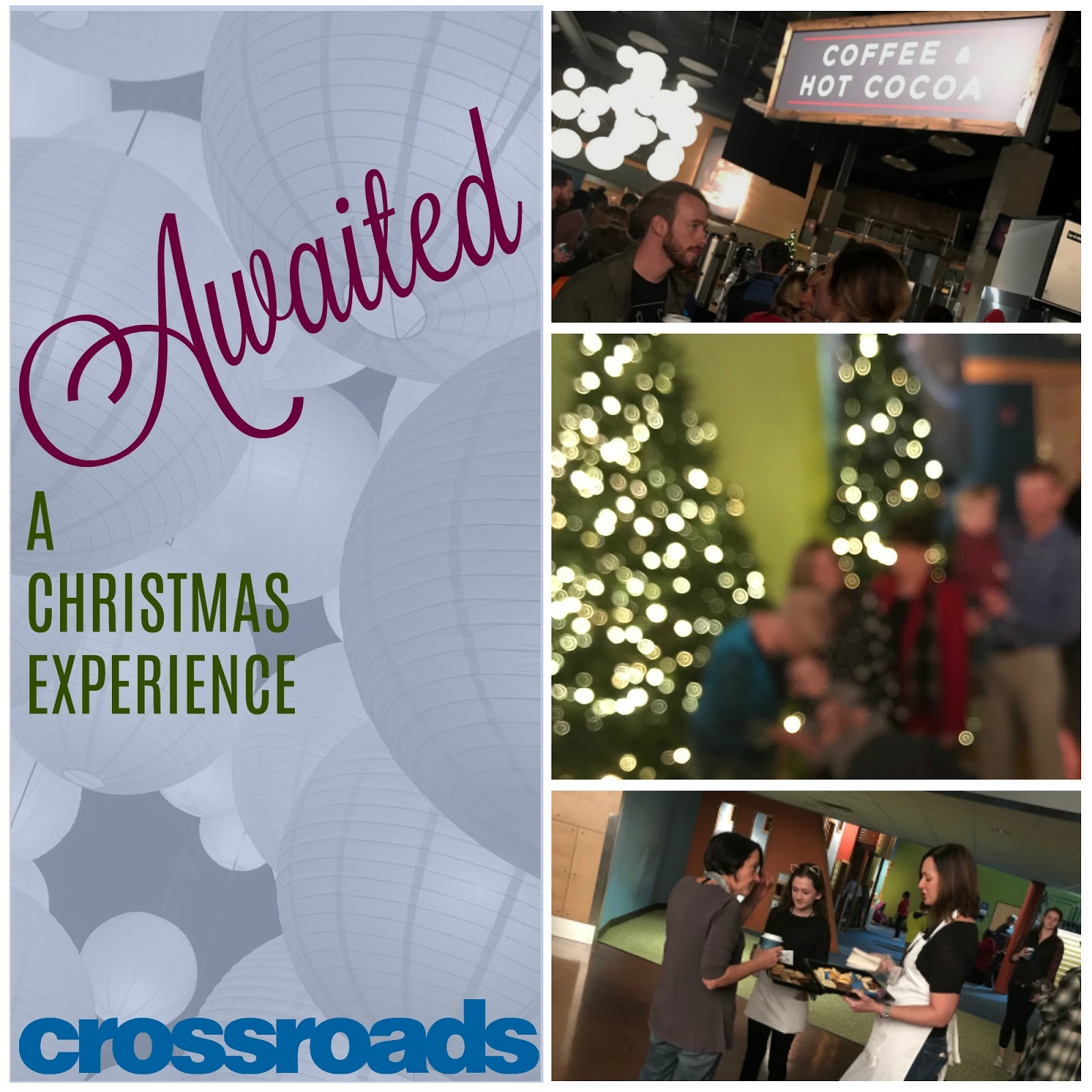 When Crossroads does a show – they do it up! The environment is definitely full-on Christmas with hot cocoa, cookies and just lots of holiday spirit everywhere. So if you head to the show – go a little early and enjoy it. They have parking down to an art form – but if you want to avoid the traffic after – park across the street behind Petsmart/Target/etc and walk a block – you’ll get out quicker.

Then there’s the show – it’s the telling of the events leading up to the birth of Christ. The show is for kids and adults alike. One of the favorites is their original song, Love Crashed Into the World. They make it a sing-a-long and kids light up – plus it will totally get stuck in your head.

Crossroads also brings dance and acrobatics into the show like you’ve never seen before. It’s not really a show with actors – the story is told through dance and song.

If you’re near an aisle with your seat – be prepared for visitors. This show engages you from every angle. And I also know from friends participating in it – that many of the people on stage are volunteers. My friend Danielle has been in the chorus multiple times.

My favorite part of the show though is the music – this is the start of my favorite song from the show, O Come All Ye Faithful. (All the music is available here.) What I love about the music is that it’s far from my Grandma’s version of a church hymn and they vary the styles of music for different portions of the show. It’s just so good!
It’s really my favorite thing about Crossroads Church in general – my husband hates being stuck in traffic – so we have the agreement when we go that we’ll park across the street so we can get out quicker – but then we get to stay for ALL the singing!

I hope you’ll check out the Awaited show – in person or stream it live. If you like it – share it with someone. You can stream it live December 21 thru December 23 or you can watch it on our local stations:

Thanks to Crossroads for providing me special seating and a little goodie bag to the show. All opinions are my own.

And – if you haven’t been to Crossroads – here are two reasons to try them out in 2018:

* Their first series after Christmas is called, “How Not to be a Jerkface” – uh – I know a few people that need to attend that one!

* Their Super Bowl service is not to be missed. I can’t even begin to explain it – but it’s the Super Bowl of Preaching with popcorn, hot dogs, marching bands and one of the best halftime shows you’ll see. And yeah – it’s on Super Bowl Sunday.