So now that fall has arrived – I’m all about the crock pot. I use it at least once a week – and I’m always looking for ways I can have dinner ready when I get home. Cooking after work is just too much for my schedule at times.
Thanks to Pinterest – you can find tons of crock pot recipes – then I started to see the Crockpot FREEZER recipes! This is my new obsession. I bookmarked a bunch of recipes and tried to find ones I thought we’d like best and that I could handle. I decided to start small and found a blog called This Lady’s House that had the recipes, shopping list and instructions – it made it really easy for a first-timer.
It’s a little daunting – there’s shopping, chopping, packaging, labeling and some cooking. I got my lists in order and then I set aside everything that would be added on the day of cooking and put those items into bags first.
Then I just started going one recipe at a time and getting through the recipes. Some of them suggest doing all the meat – then all the veggies, etc… but being on my own – I decided to just do a recipe at a time so I could pace myself.
Some of the recipes I could clearly tell would be more than enough for just the two of us – so I split a few into 2 bags. But all in all – it was pretty fun – especially when I filled the freezer with 10 meals! 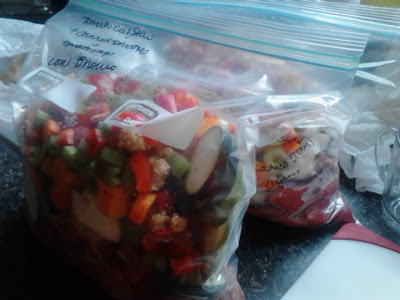 Here’s a pic of some of the final meals all bagged up and ready for the freezer – this isn’t the easiest thing to take pics of. But really I just wanted to share this awesome idea with all of you! 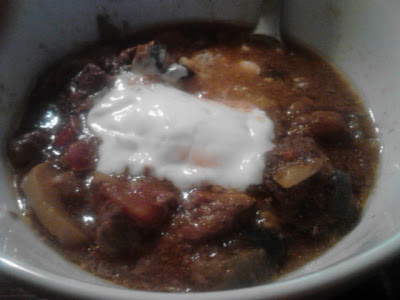 This was the tomato beef stew – it was okay. I’m not a huge fan of beef stew – but if you like it a lot – good stuff. The stew meat was interesting – Meijer was out and then it was a back and forth with the meat counter guy trying to figure out why to buy. I never realized it was really just end pieces – so sometimes stew meat could be expensive cuts – other times eye of round. Who knew?! 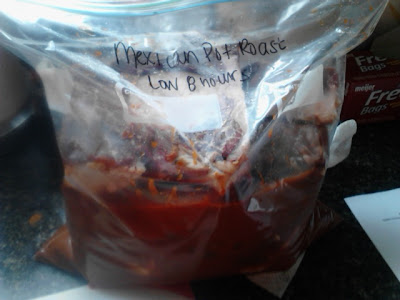 Rather than using labels – I just used a sharpie on the bags themselves – worked just fine. 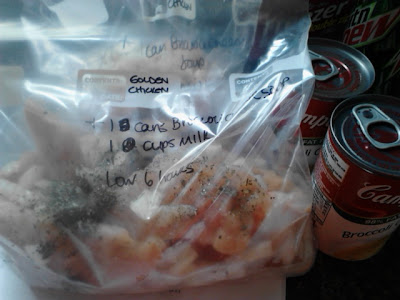 This is the bag for the Golden Chicken – if the chicken doesn’t have enough sauce with it – it gets dry – something to watch when you’re cooking. 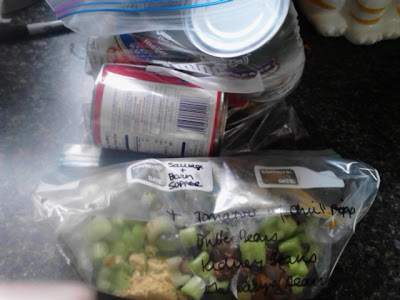 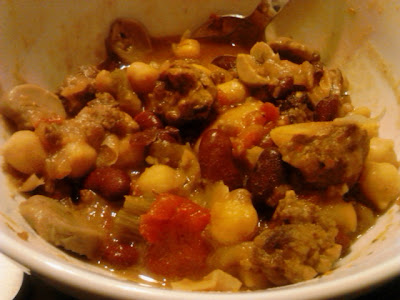 This was my favorite so far – the Sausage and Bean Supper. Larry’s not a big fan of sausage – but even he liked it. It was so warm and hearty – I threw in some canned mushrooms as well since I’m a big fan. I think the honey really added a lot – you could just taste this extra little bit of sweetness – man I wish I had this in the crockpot right now! 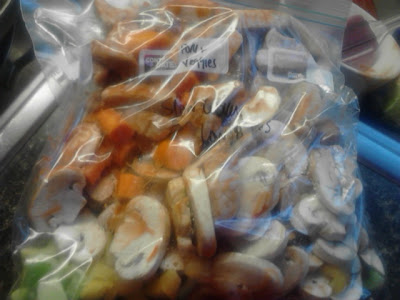 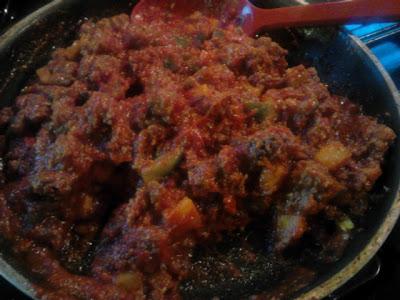 I think this is the slow cooker pizza that I haven’t tried yet – but it looks good too! 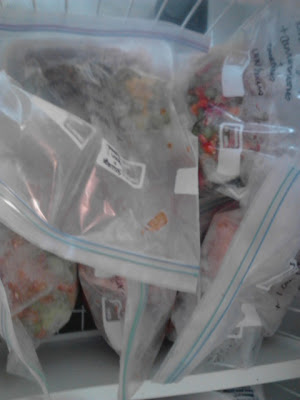 And here’s what it looks like to have a freezer full of recipes! 10 bags of dinners! Woohoo!
I just found another set from Six Sisters that I’m really excited to try – these don’t have any canned things you have to save back – even simpler!
Have you tried these crockpot freezer meals? What are some of your favorite crock pot recipes?