So it’s the last day of Iowa week here at FoodHussy. Kinda sad – I miss home quite a bit – which is odd since I was so happy to leave 7+ years ago! But Cinci is home now…and that’s a good thing!

But back to Iowa – they have a huge Farmers Market in downtown Cedar Rapids – I should have taken pics but I wanted one day blog-free! While there – my friends introduced me to Rileys – where they serve something called the Shipwreck. How can that not be good?!

I had a bite and it was delish! So we decided to hit Riley’s up for breakfast later in our trip. 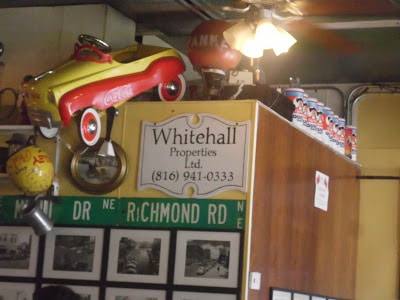 It’s right on 1st Ave in Cedar Rapids next to Moose McDuffys – gotta love that name. Parking is either on the street or in the back. Inside is an eclectic mix of signs and photos and junk from all over the place. 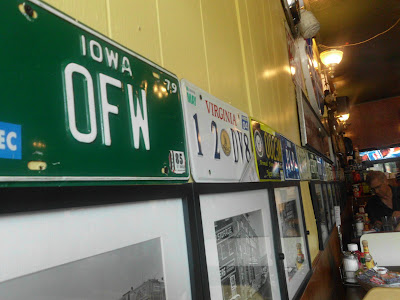 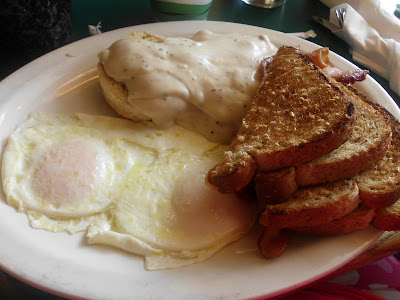 I went for a fairly normal breakfast of eggs, biscuits & gravy and toast. Iowans really like big thick toast – that was one difference I noticed right off the bat. This was like the 3rd time we had huge pieces of toast!

The biscuits were a little thick and heavy – I prefer them more light and airy. The gravy was good and the eggs/toast were great as well. 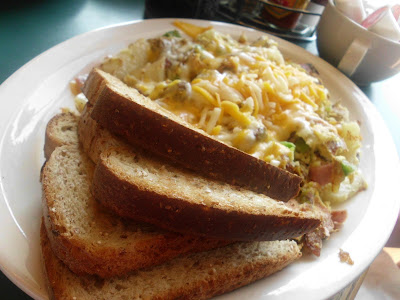 Amy got the Shipwreck – I think this is actually half a shipwreck. They don’t have an online menu so I can’t tell you what’s all in it or the price. It’s potatoes, eggs, veggies, meats and cheese – all fried up together. She barely made a dent in that thing! And of course – big ass toast. 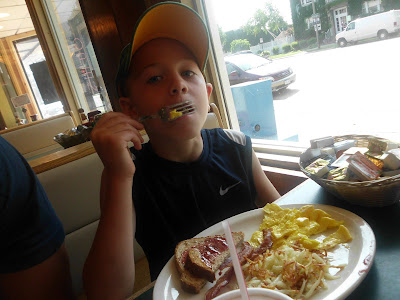 Tanner being Tanner – munching away on his eggs and hashbrowns. 🙂 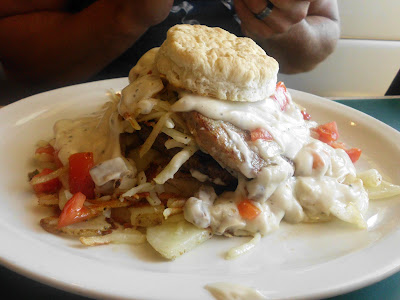 Oh how I wish they had an online menu because I can’t for the life of me remember what in the hell this thing was called! Larry decided he was HUNGRY and as usual his eyes were bigger than his stomach- but he did eat quite a bit.

In this concoction you’ll find a biscuit, a hamburger (yes at 8am), a sausage pattie (maybe 2), hashbrowns, tomatoes, onions and potatoes. It was supposed to come with eggs but Larry asked them to instead POUR SAUSAGE GRAVY OVER IT!

I wonder what it’s called? Heart Attack on a Plate maybe? And yes – the husband with 7% body fat enjoyed it! Argh!!!

Why Should You Go? I’d say that this place gives Hamburg Inn a run for it’s money on breakfast – so for Cedar Rapids – it’s my new go-to choice!