I headed up to Wittenberg University in Springfield a couple of weeks ago to see my baby sister and take part in their Homecoming celebration. It’s a little different than the huge party at the University of Iowa where I attended college…but I was still up for a fun day of football and mayhem.

We decided to have lunch at a place I’ve wanted to go to for years! Every time I drive up there’s a sign I see that I love!

CORN beef – I have no idea why it brings me such joy but it does! Well turns out the sign is attached to Mike & Rosy’s Deli… 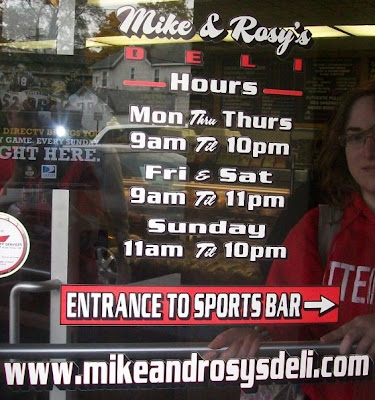 We headed inside for some pre-football lunch with my sis and her posse. I had no idea what was awaiting me… 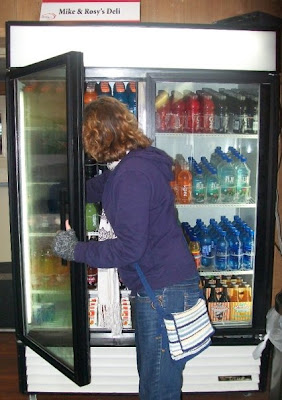 They have a shit-ton of drink options! Yes – that’s the technical term…Here’s Leslie finding some IBC somethingorother… 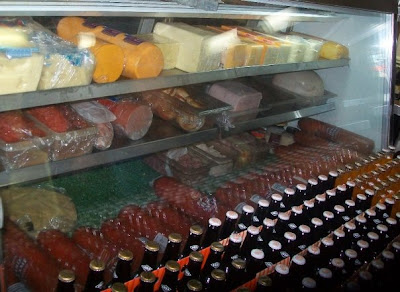 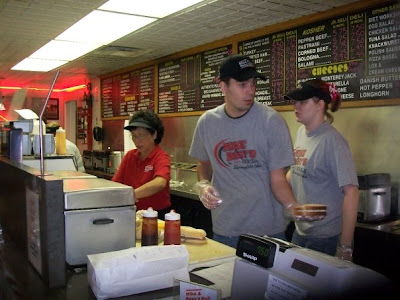 Mike & Rosy’s was PACKED! They definitely have a system down. It is nothing short of the soup nazi but it works…There was definitely standing room only at the counter. They also have a large selection of chips and mustards, etc… that you can take home.

I didn’t get a shot of the menu – but it’s big! They also have a discount for students – which is nice since it’s within walking distance of the campus.

They write the orders on a paper bag and then call your name when it’s ready…just so you know the drill when you get there. 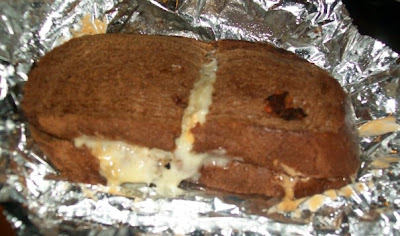 I ordered a Reuben – of course. It’s my standard for any new deli I try – I like to measure them against each other. This was one of THE BEST! The “corn” beef is really great and there’s a ton of cheese and thousand island dressing. It was really perfection. The sandwiches are nice and hot and foil wrapped to stay that way. 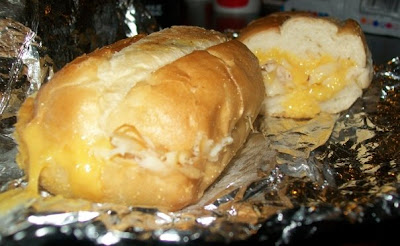 Sis is boring and got turkey and cheese but she loved it…the rest of the posse got a wide variety – some veggie – some meat – too many girls to take pics of everything. But everybody was happy. They’re just disappointed they didn’t find Mike & Rosy’s until their Senior Year! 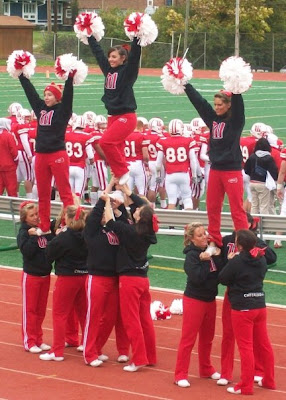 And yeah – we did go to the football game as well…at least the first half. Long enough to see the Shifters (a not-so-secret society on campus – they wear paper clips – I don’t get it) do their thing…Witt was kicking the other teams arse at half-time and we were freezing…so that was enough team spirit for us.

After freezing our doogies off at the game, we decided we needed sweets and warmth…the girls suggested Tim Horton’s. I’d never been so off we went! 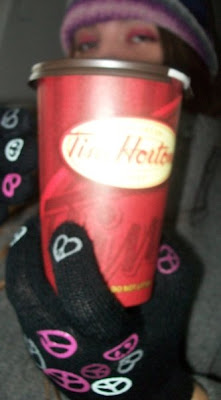 Jessica…holding the cup of goodness…some sort of mint latte thing. I don’t drink coffee but she was pleased and her breath smelled minty fresh. 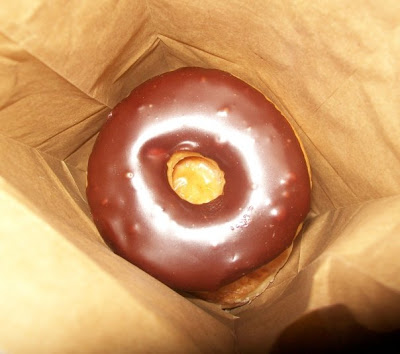 We got donuts for the girls… 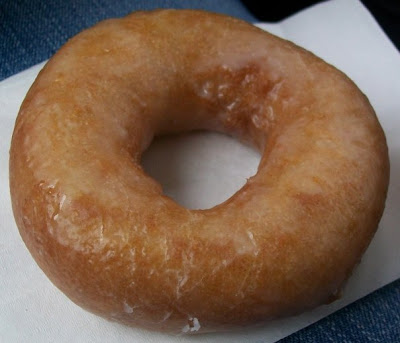 I asked what their special was and they had a pumpkin donut for the holidays. I have to say – I was sorely disappointed. It was spongy in texture and just all in all – kinda gross. I’ll stick with the Ridge Donut Shop back in the ‘Nati.