We enjoy exploring our new neighborhood and one of the places we sort of stumbled upon was Frickers off Hamilton Ave in Mt Healthy/North College Hill. 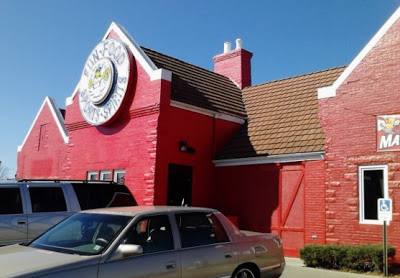 Our visit was during March Madness so it was pretty busy for a mid-afternoon on a weekend. They have a big patio as well – but it was too cold this day. 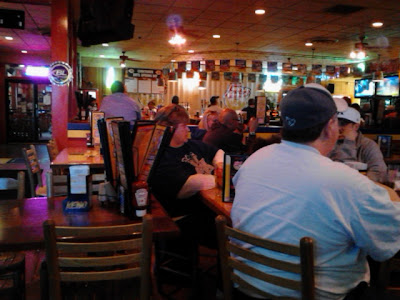 There’s a very large bar but there are also a lot of tables separated from that – so you can get away from that atmosphere. There are a lot of TVs everywhere – so for sports – not really a bad seat in the house. 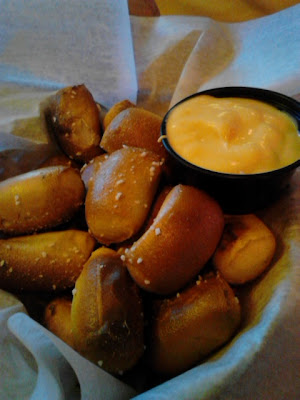 We started with Pretzel Bites and I have to say it is a HUGE portion! They took quite a while to come out – which was annoying for an appetizer – but they were tasty. 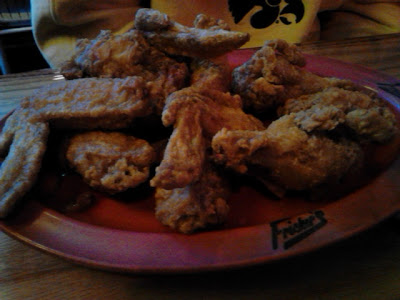 Larry went for the bone-in wings – both of us went for “medium” buffalo because they said the mild is basically just butter. 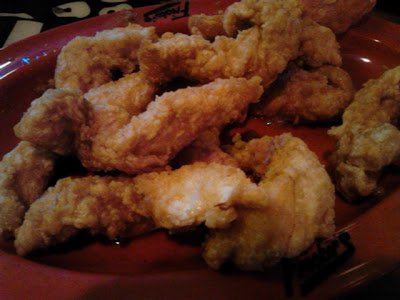 I’m definitely addicted to buffalo right now for some reason. I tried the boneless (odd because it’s usually the other way around for us). They were both good and the portion size is large in both cases.

Why Should You Go? While not as good as Toot’s – the wings are good and the best in my part of town.  The atmosphere is friendly and the staff was attentive. Service was a bit slow – but we both enjoyed our food and had ample leftovers to take home.