Recently a coworker decided we should have a healthy lunch – wheeeeee! So we went to Total Juice Plus on Vine – they’re a smoothie place that also has soups and wraps. 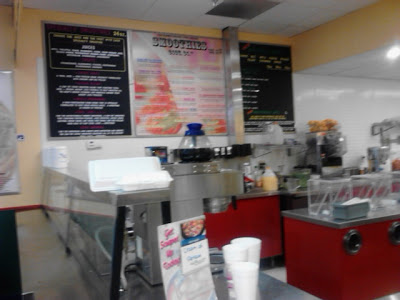 I’m not one for smoothies – I hate yogurt – so they all taste like butt to me…but if you’re a smoothie person – I hear they’re really good. They have lots of wheatgrass too – people left and right – slamming shots of wheatgrass. 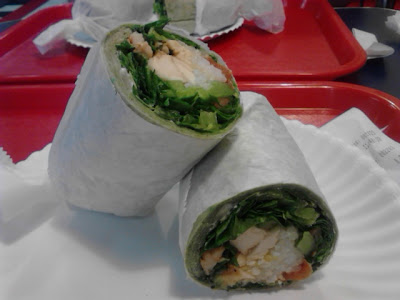 Grilled Chicken, fajita seasoning, cilantro, romaine lettuce, rice, tomato, bell pepper, sour cream, citrus juice, olive oil, avocado, wrapped in a spinach tortilla.
I went for the Chicken Fajita Wrap – ordered a small ($4.95) but was given a large ($6.50) – at least I think it was a large. I ordered a small, my coworker ordered a large and we got the same thing. You figure it out. It was fine – but bland. It sounded like one of the wraps that would have the most flavor – but it just didn’t. It just made me long for Roly Poly (which really did have a LOT of healthy wraps!). 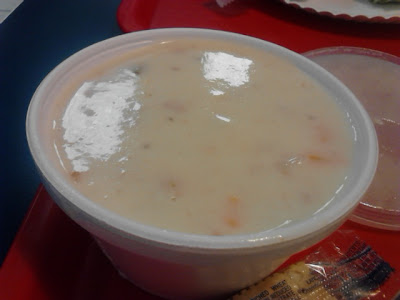 I also tried a cup of soup – don’t even remember what kind – maybe potato. I have now realized – after many attempts – that in my late 30s – my body is not a fan of cream soups. We’ll just leave it at that. The taste was fine – bland again – but fine.
Why Should You Go? If you’re uber-healthy or love smoothies – sure go for it. I won’t be back though.