So – we’re up in the Colerain area now and I’m a Meijer shopper – those two things combined mean that I’ve seen Firehouse Subs more than a few times…but haven’t taken the time to stop in – until now!

We did wonder if it was started by firefighters or if it was just capitalizing on the “Yeah America” theme. It didn’t really say on their site – but they do have a foundation – so I’ll give them an A for effort. 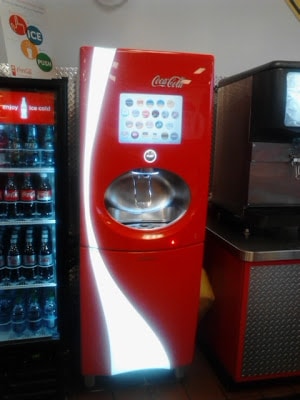 Firehouse Subs also had the new Coca Cola Freestyle machine – I’ve seen this around a few places in Cincinnati. It’s pretty cool – you pick your soda and then can add flavor to it and mix it all together and such. I went for a Cherry Sprite! 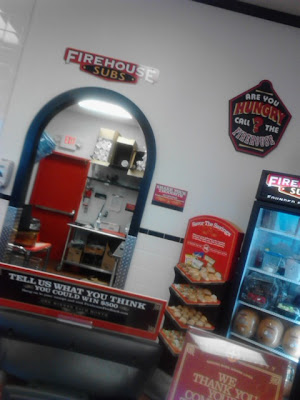 The firefighter theme is everywhere – but I have to admit – it’s all pretty sterile and “new” – nothing authentic – just a lot of signs you can probably either buy or get made for $2.99. 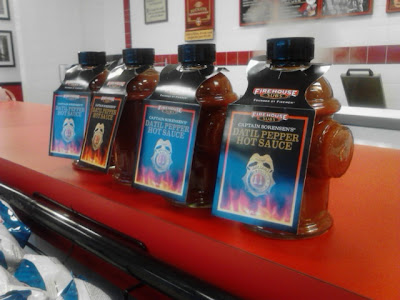 They did take the theme one step further to have their own “fiery” hot sauce! 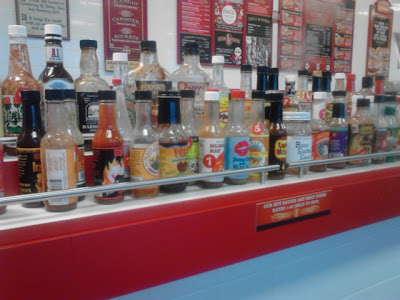 And they offer a wide variety of other’s hot sauces too! 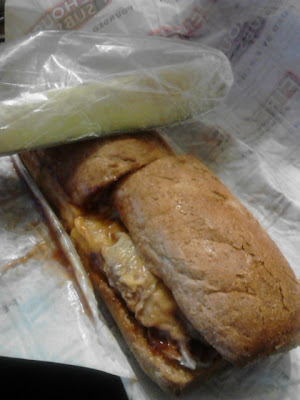 I went for the Smokehouse Beef & Cheddar Brisket on wheat. I thought it was pretty good – I still prefer Quiznos but all in all – it’s a nice break from fast food and I’ll stop again!

Why Should You Go? Well if you like toasted subs and you’re in the Colerain area – it’s a good stop. I liked it – it’s nothing amazing or ground breaking – but if you have a kid in the family that loves firefighters – they would likely get a kick out of it!