Okay – so the Lending company is actually Lending Tree – but Apple Tree reminds me of that. The sign they have doesn’t help much either – I mean – the word cafe is under the apple and you can barely see it! But – all that said – Apple Tree Cafe is an eatery. It’s in Dillonvale Plaza near Deer Park at Galbraith & Plainfield. We went for breakfast last Sunday because of the coupons in Reach Magazine. (Did you know you can go online and print the coupons out?) Really only a buck off but it also got us in the door. 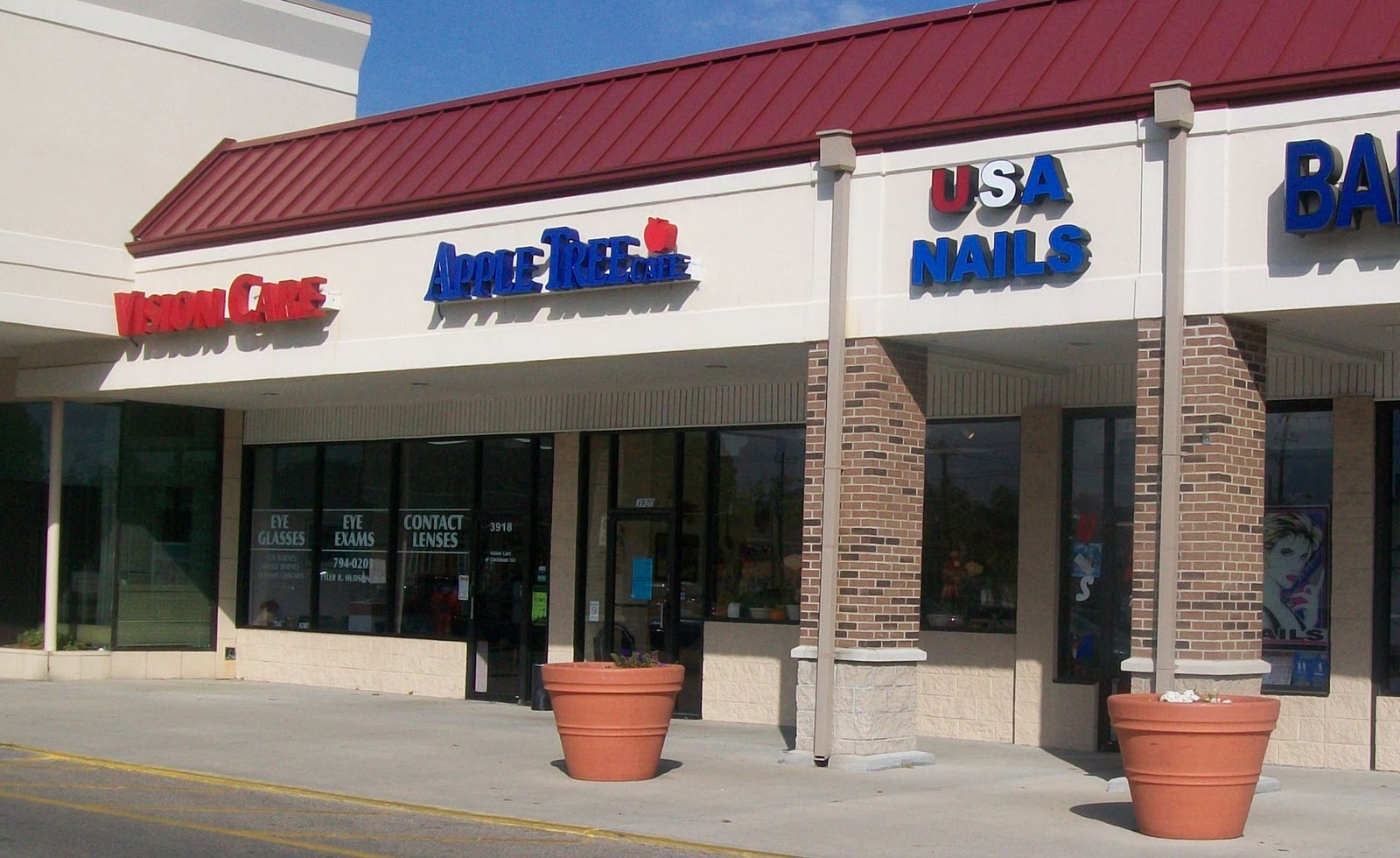 When we went last weekend and found out they’d only been open for 2 weeks . They have been overwhelmed by the amount of traffic – which is great for a new business. I have to admit – there isn’t much in that area other than chain-heaven by Kenwood Mall for the breakfast/diner crowd – so they may have found a good niche! 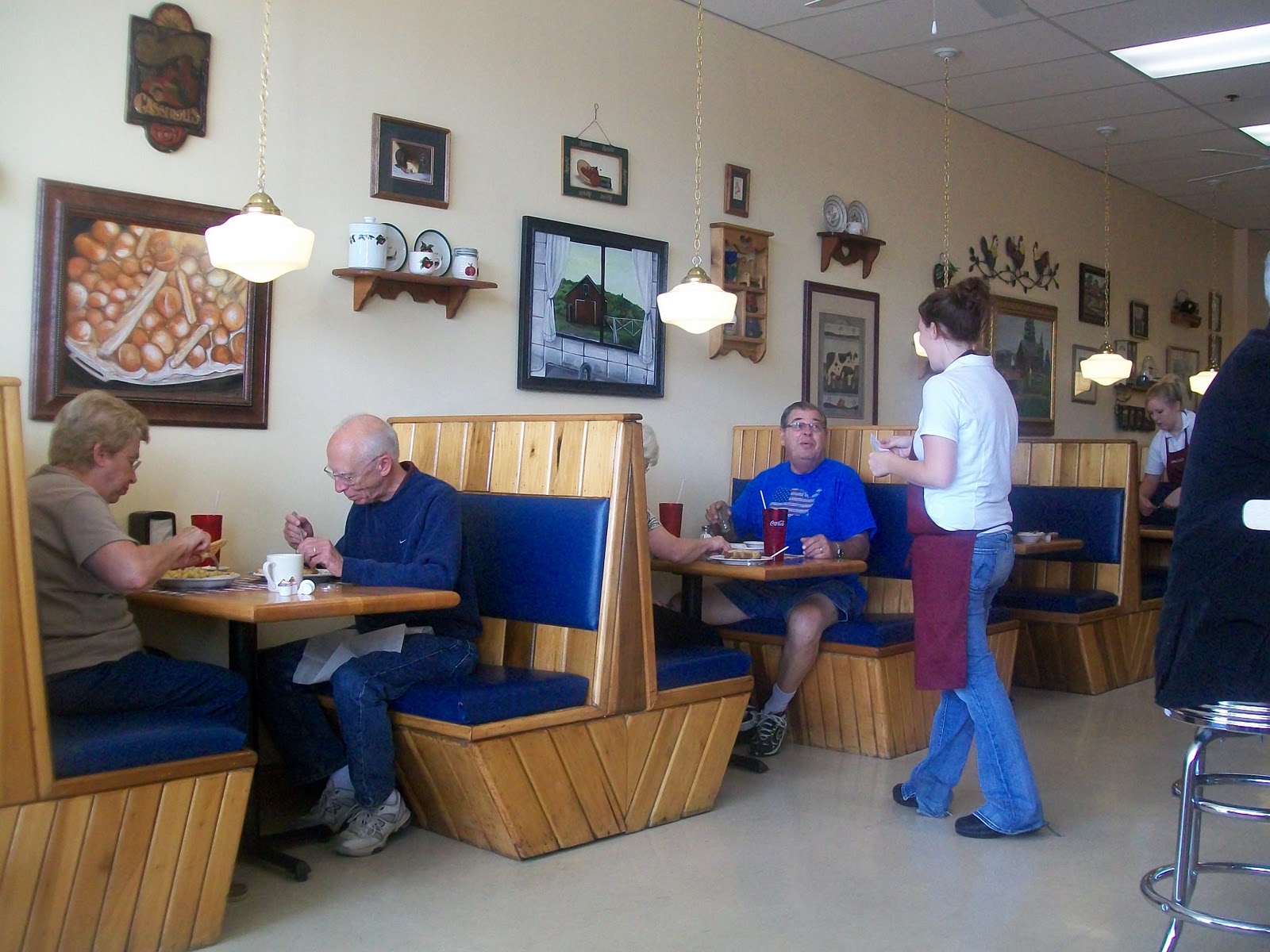 Inside it’s all about red, white & blue Americana. It is consistent – I’ll give them that. There aren’t that many tables so if you’re stopping by at a heavy traffic time – you might expect a wait. There’s also no place for a party of more than 4 – that I saw anyway. 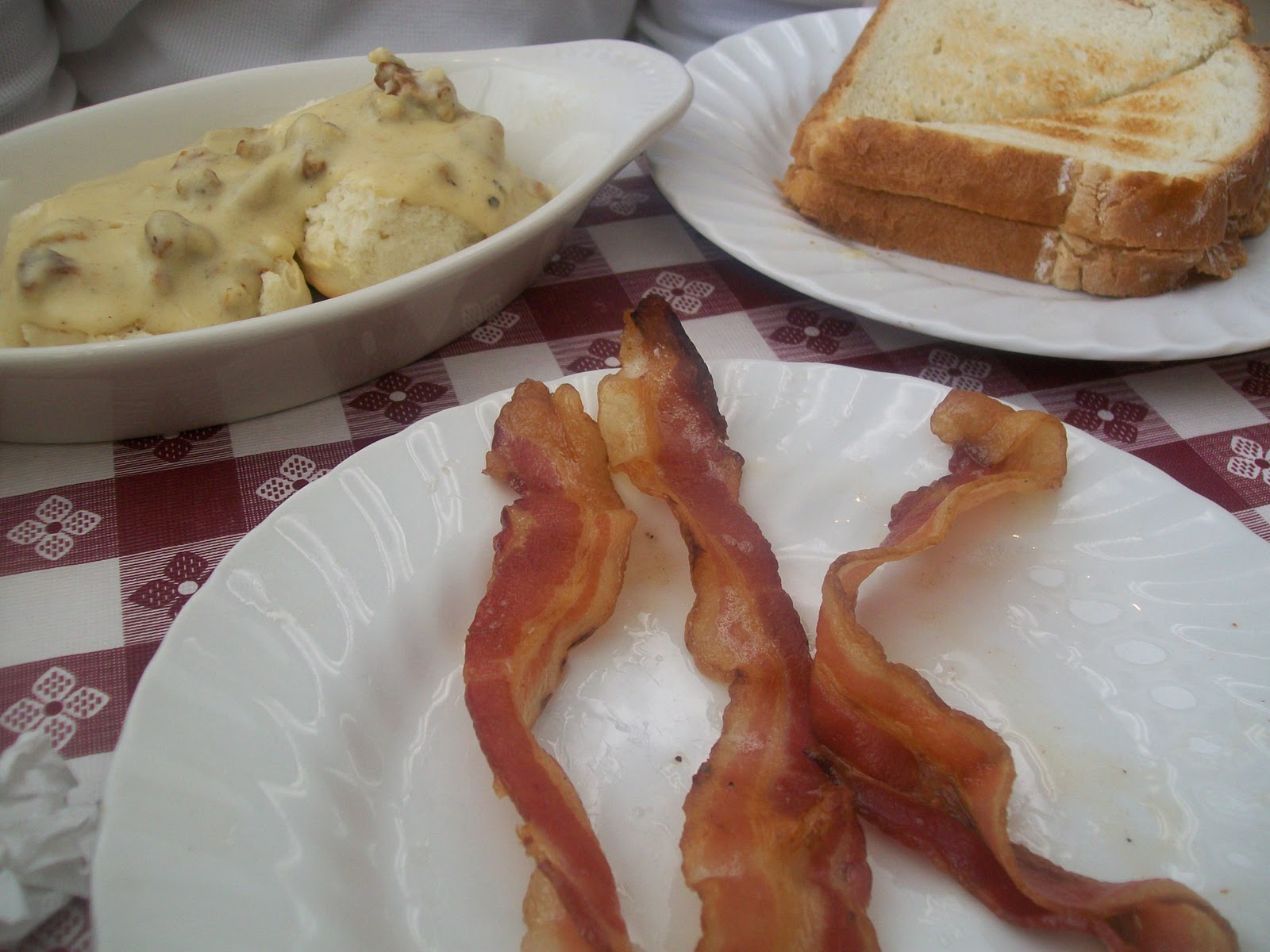 Larry of course had biscuits and gravy along with bacon and toast. The b&g – thumbs down. The gravy has a unique flavor that I can’t pin down but it’s awfully thick. The biscuits are a bit doughy (homemade). The bacon was cooked very well and the toast is HUGE! We easily shared that… 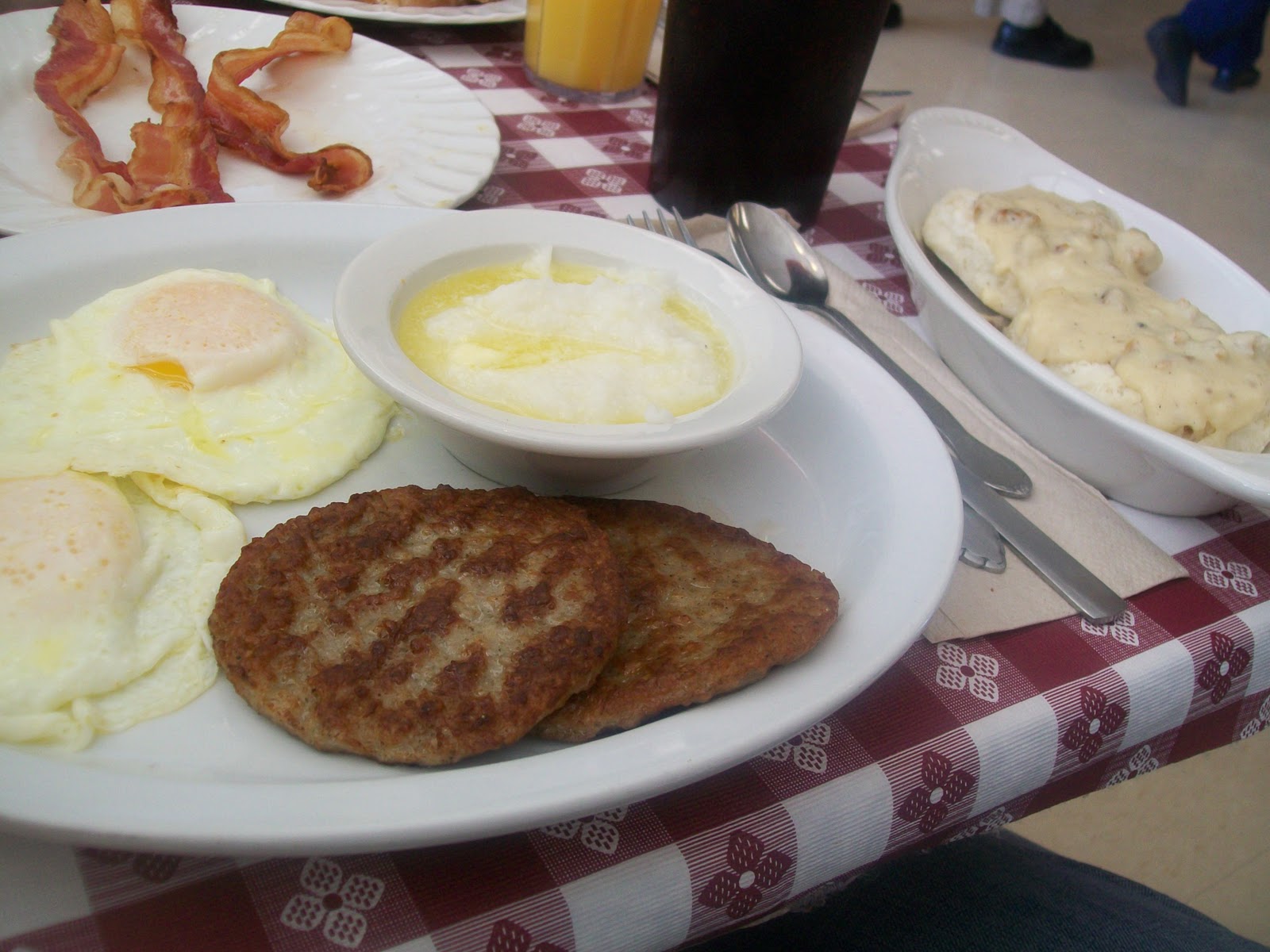 I got the Country Breakfast ($6.95) with eggs, grits, b&g and sausage. I’m not a grits fan – but I tried. They are heavily buttered – I tried a little sugar (Larry’s reco) – nope didn’t like that. Then I tried them with a little salt – it was better than the sugar but I still just set them aside. That’s not saying their grits are bad – it’s just a texture thing for me. The sausage patties are pretty fatty – which also means tasty!
Our meal came to about $17. We sat up by the front and also noticed lots of fresh herbs growing in the front window – which is nice and makes me think they use them in the cooking.

At the counter just as we were about to pay – they brought out fresh donuts!!! They do pride themselves on their homemade bakery items – so I had to try them! They had powdered sugar & regular sugar – I went for one of the regular. At only 50 cents each – I couldn’t resist.

They’re really just biscuits with the centers cut out and then deep fried and covered in cinnamon/sugar. But the simplicity of it is just fine by me because it was delicious!

Why Should You Go? Because we weren’t too impressed by the biscuits and gravy – we likely won’t come back for breakfast. That said – I saw someone else’s pancakes and they looked AMAZING! So if you can eat eggs – go there for breakfast! I do think we’ll try them again for lunch or dinner sometime. The staff is very friendly – our food came VERY quickly and was exactly what we ordered. I think speed of attending to people waiting to be seated or waiting to pay might be an issue if they’re busy – but they’ll get that under control the longer they’re open. So far…so good.

And don’t forget to enter my cookbook giveaway from Wednesday!