Oh Burger King – how could I resist you? 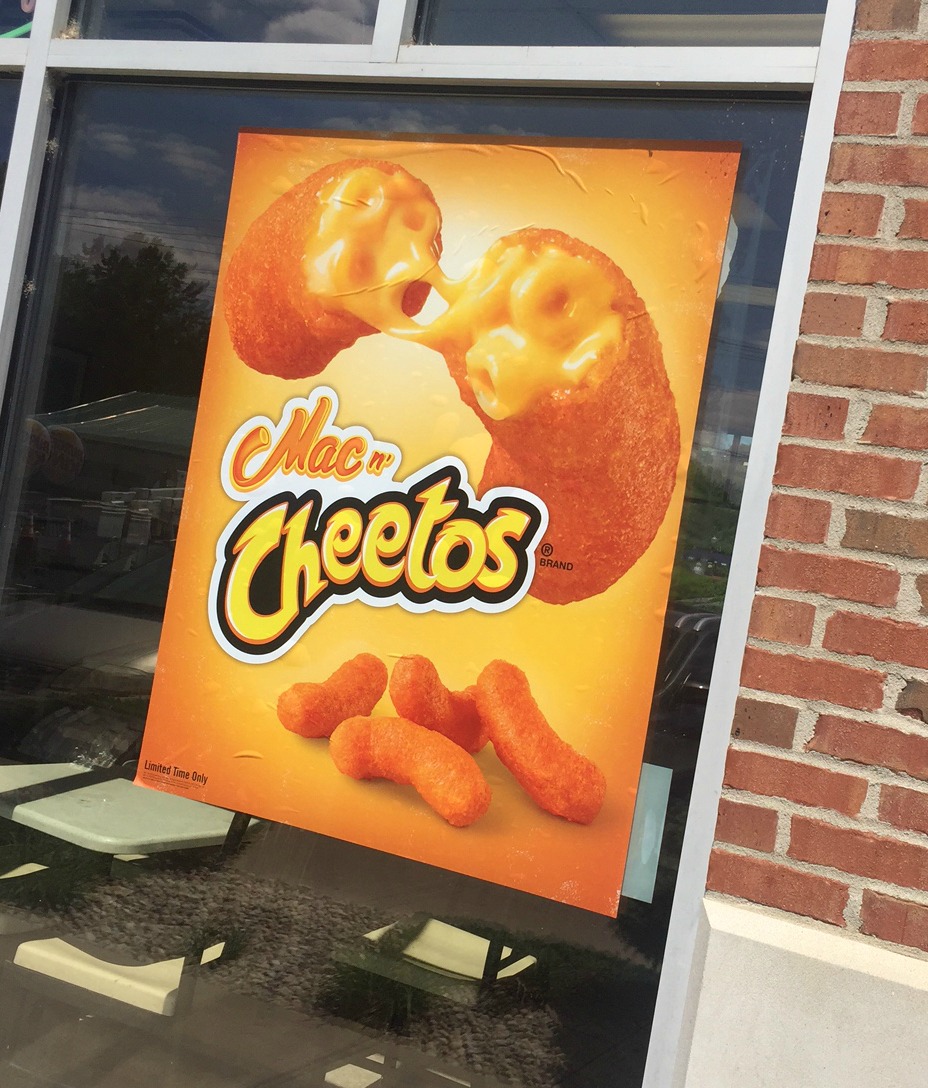 That’s right – I did it – I tried the Mac N Cheetos that they came out with last week. Why would I do this? Well – I really like orange cheese. Kraft Mac & Cheese is my favorite food ever – and somehow I thought that was inside. Yeah – that’s pretty much all it took. 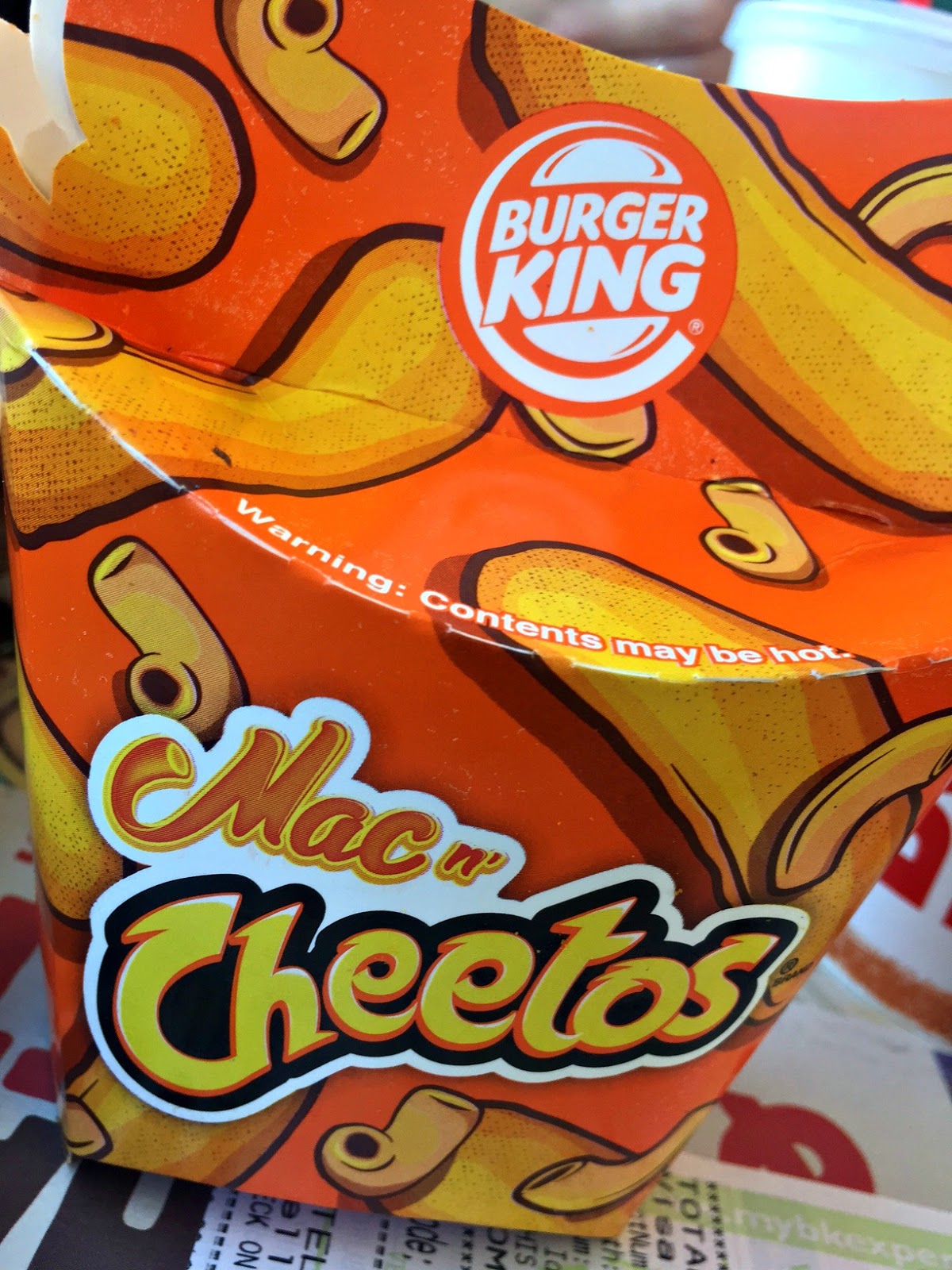 So there it is – the magic box…they were super fresh which I think is probably a fortunate thing. 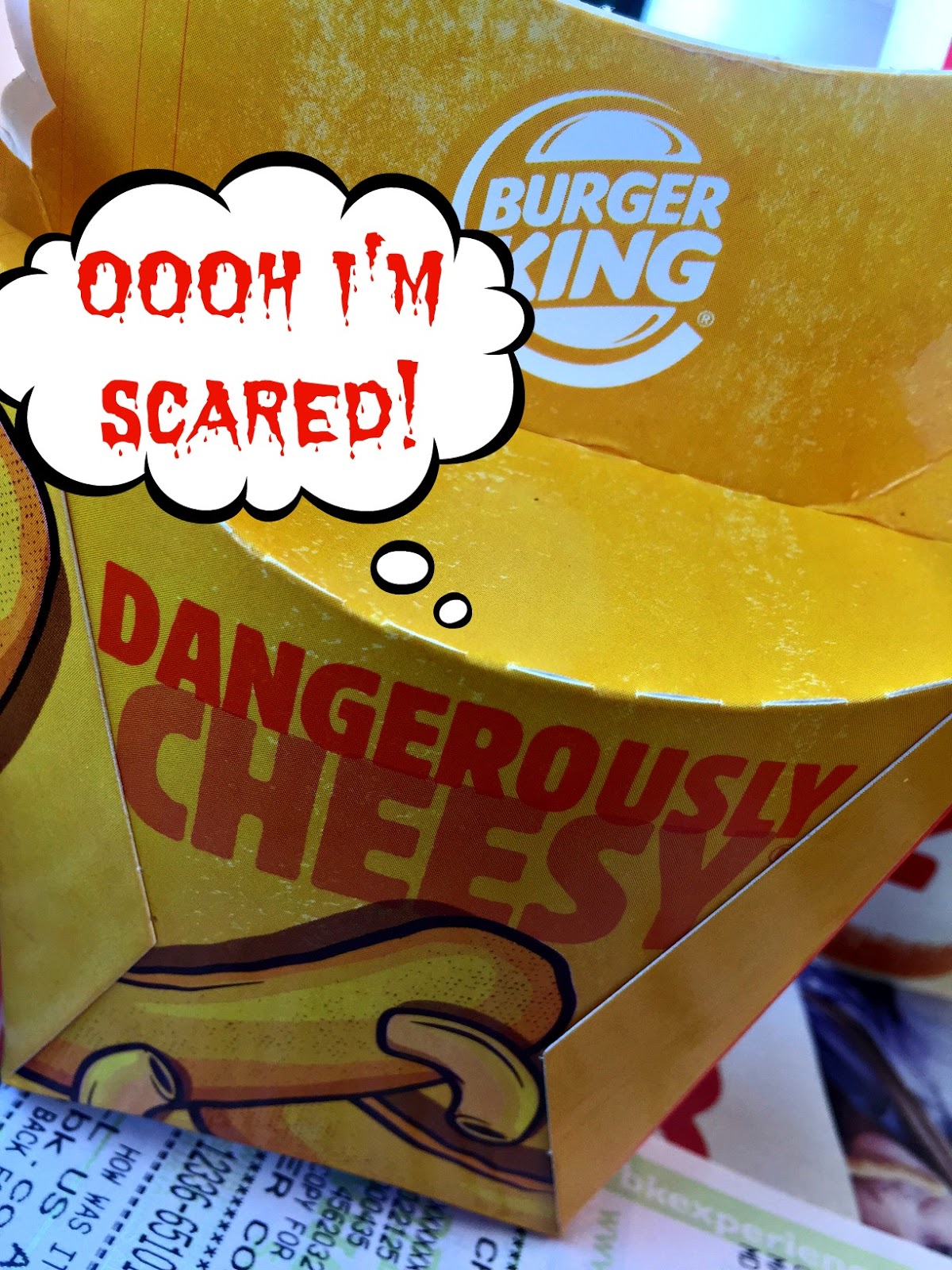 Now they had to tell me it was DANGEROUSLY cheesy – what the hell does that mean? Am I going to run in traffic after eating them? 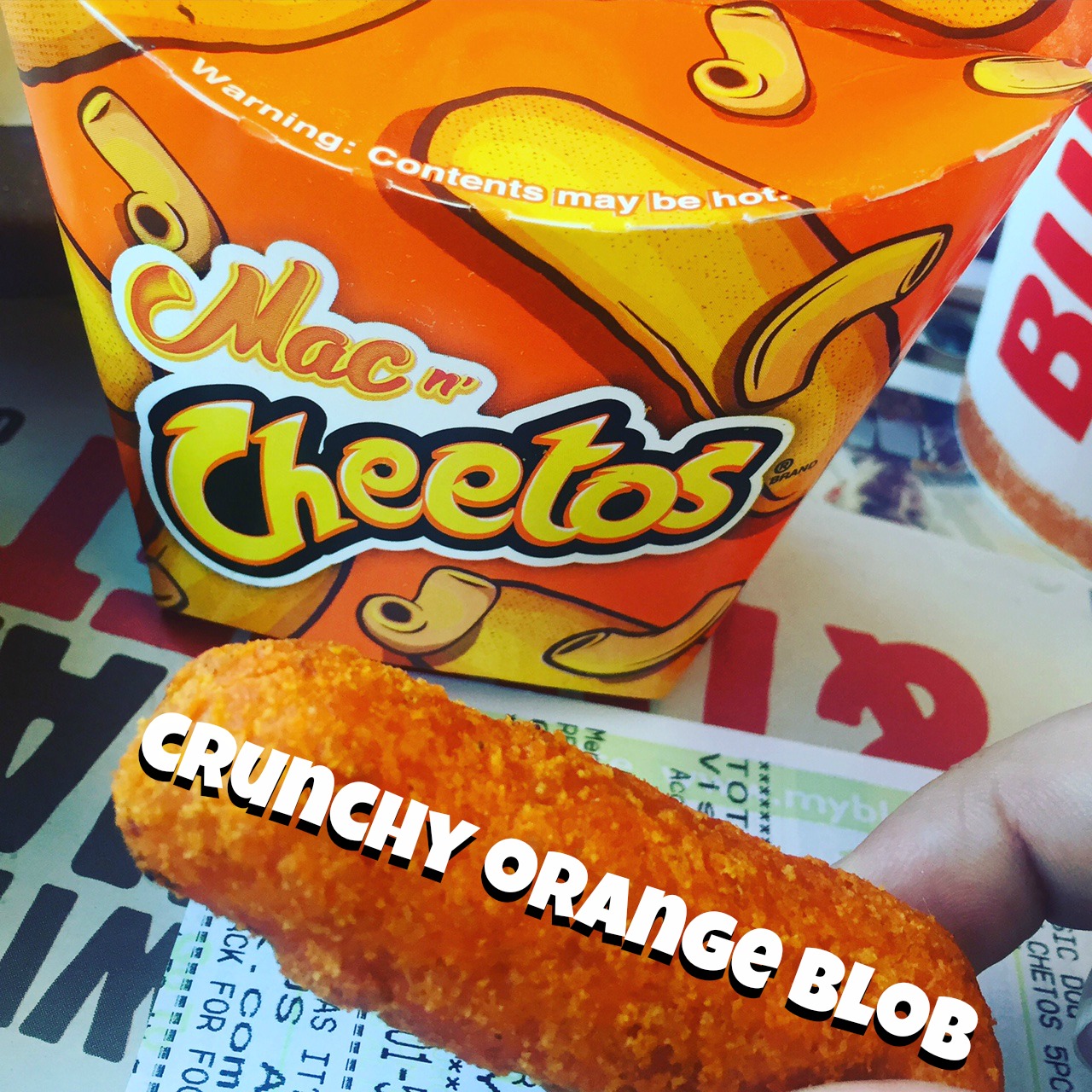 So I opened the container and out came these crunchy orange blobs. There’s no aroma to speak of – they’re very firm – and very orange.

After eating – we were all (oh yes – I subjected multiple people to this) a bit disappointed in the lack of cheese flavor. The mac & cheese portion was fine – but the crunchy coating didn’t taste a bit like Cheetos. It just tasted like fried mac & cheese bites – which isn’t a bad thing. There was a bit of an after taste…but we found a way to combat that… 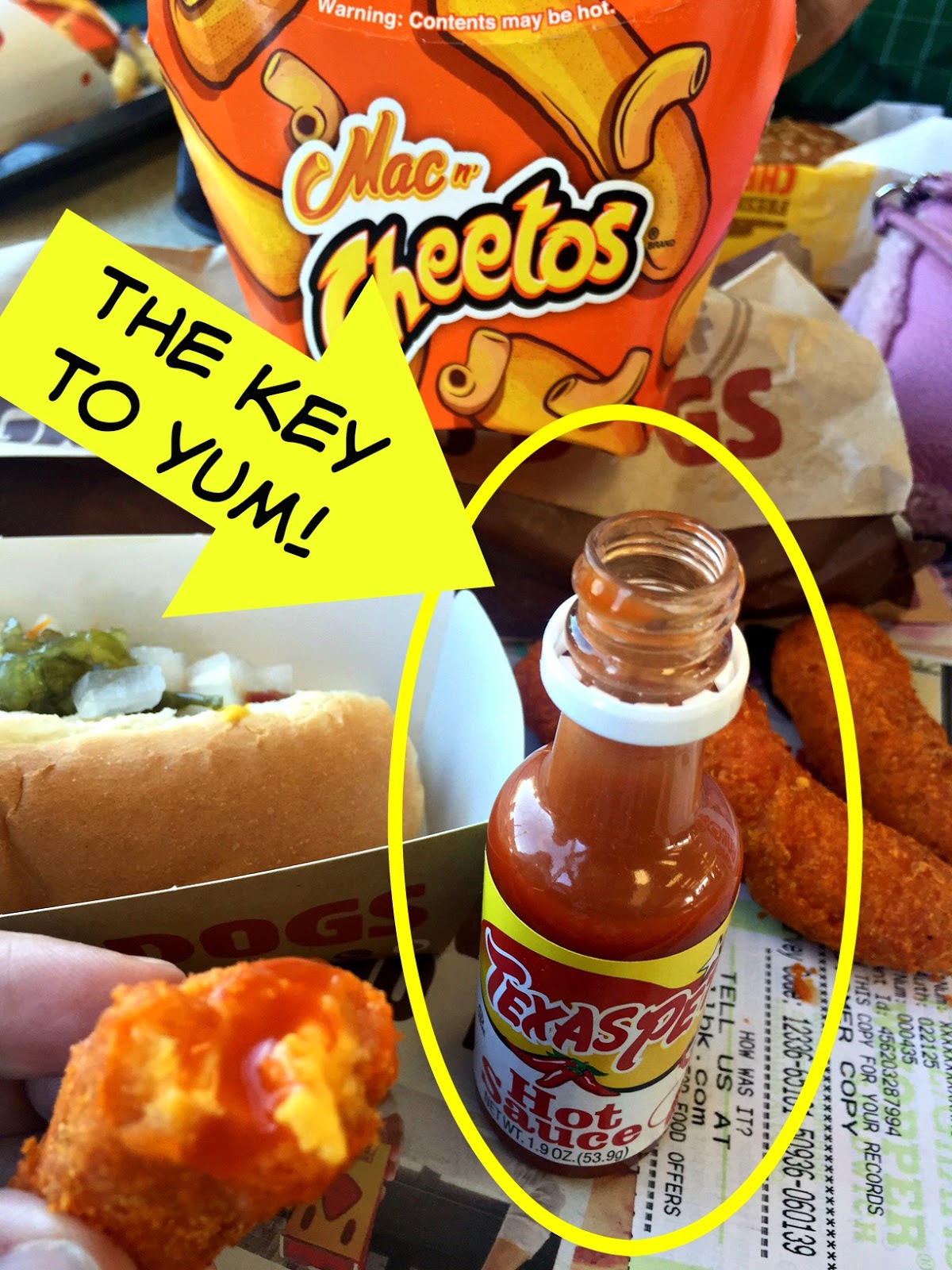 To which we overheard the next table say, “They should make these with Flaming Hot Cheetos!!” 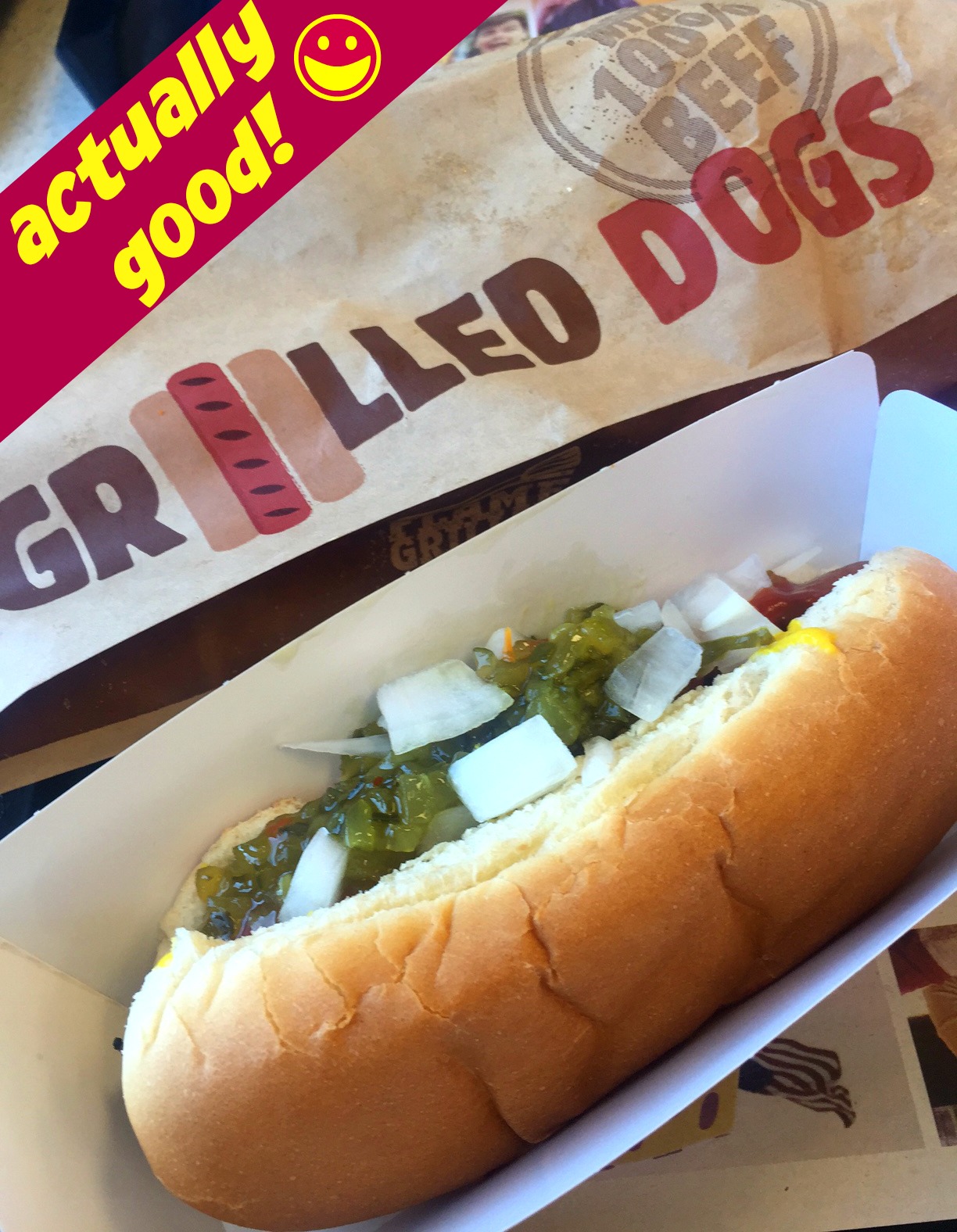 In addition to the Mac n Cheetos – I got one of their new Grilled Dogs – they have a Classic and a Chili Cheese Dog. I went for the Classic – (ketchup, mustard, relish, onion) – I just felt like the Chili Cheese would kick my a$$ all afternoon. 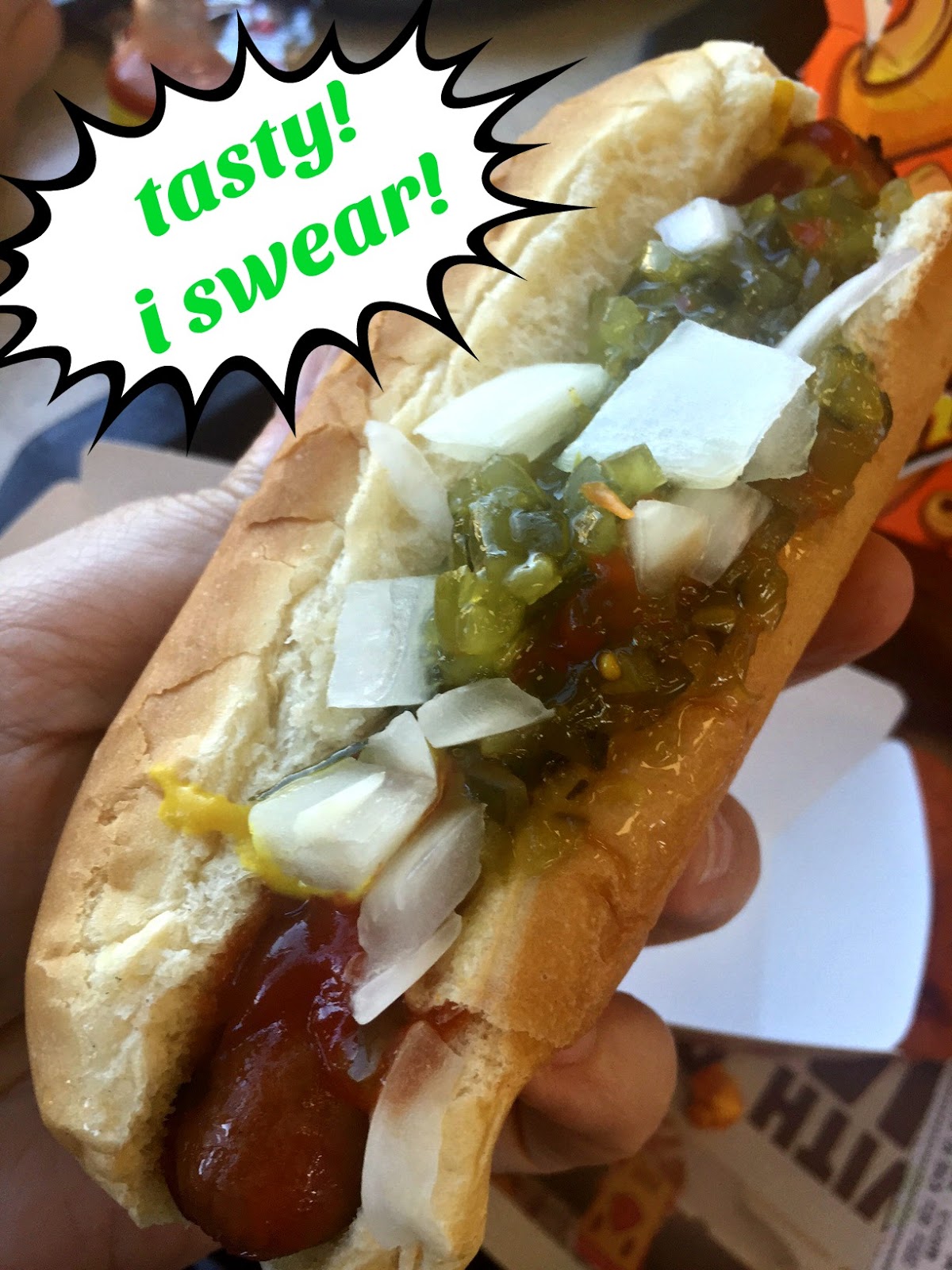 And I’ll say – it was a really good hot dog! I don’t often get hot dogs at restaurants – except for Gold Star – but I was in the mood and it did not disappoint. I would definitely dog it up again! 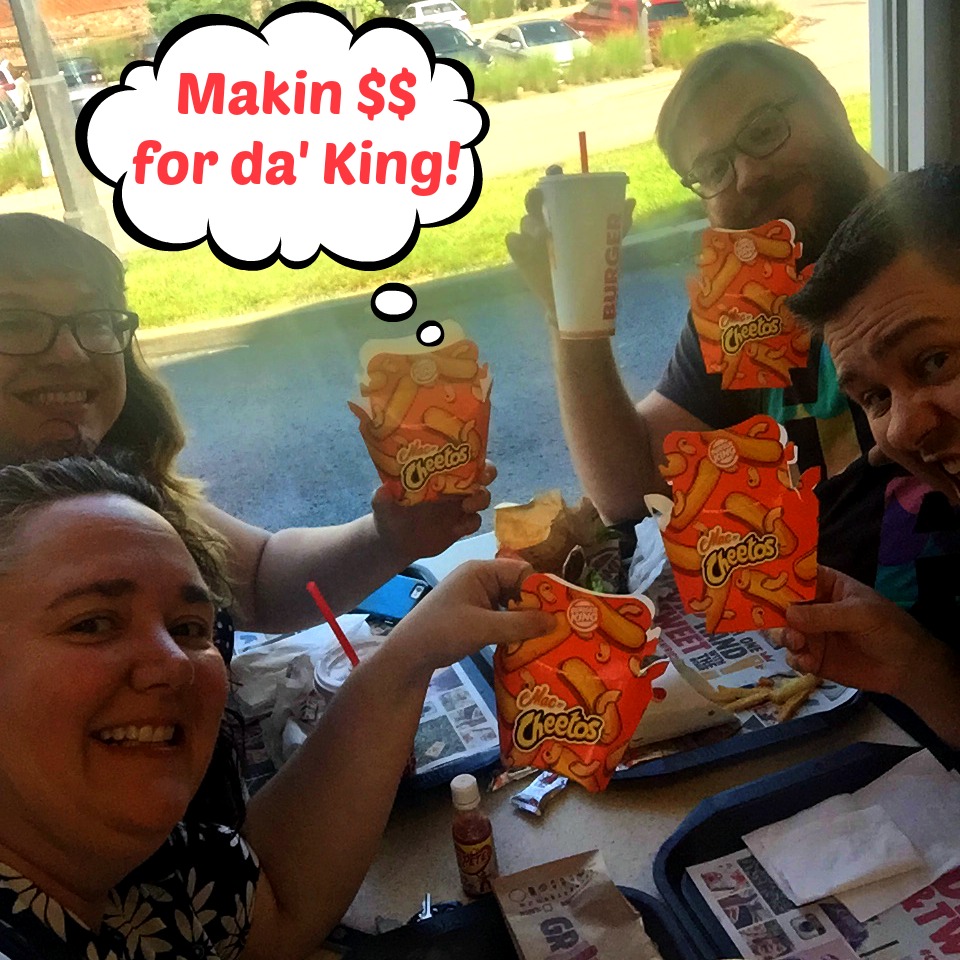 And yes – I wrangled 3 coworkers into trying the Mac N Cheetos with me – the BK employee couldn’t believe how many were selling – three guys after us got them too.

All in all – it’s not bad (which it very well could have been) but it wasn’t great either. Pocket some hot sauce if you try them to make them a little better.

(and yes – I bought these myself)