I love Spinach Artichoke Dip and so does the husband. It’s his go-to appetizer – as long as it doesn’t have mayo in it! I decided to make some at home so he doesn’t have to only get his favorite in a restaurant. 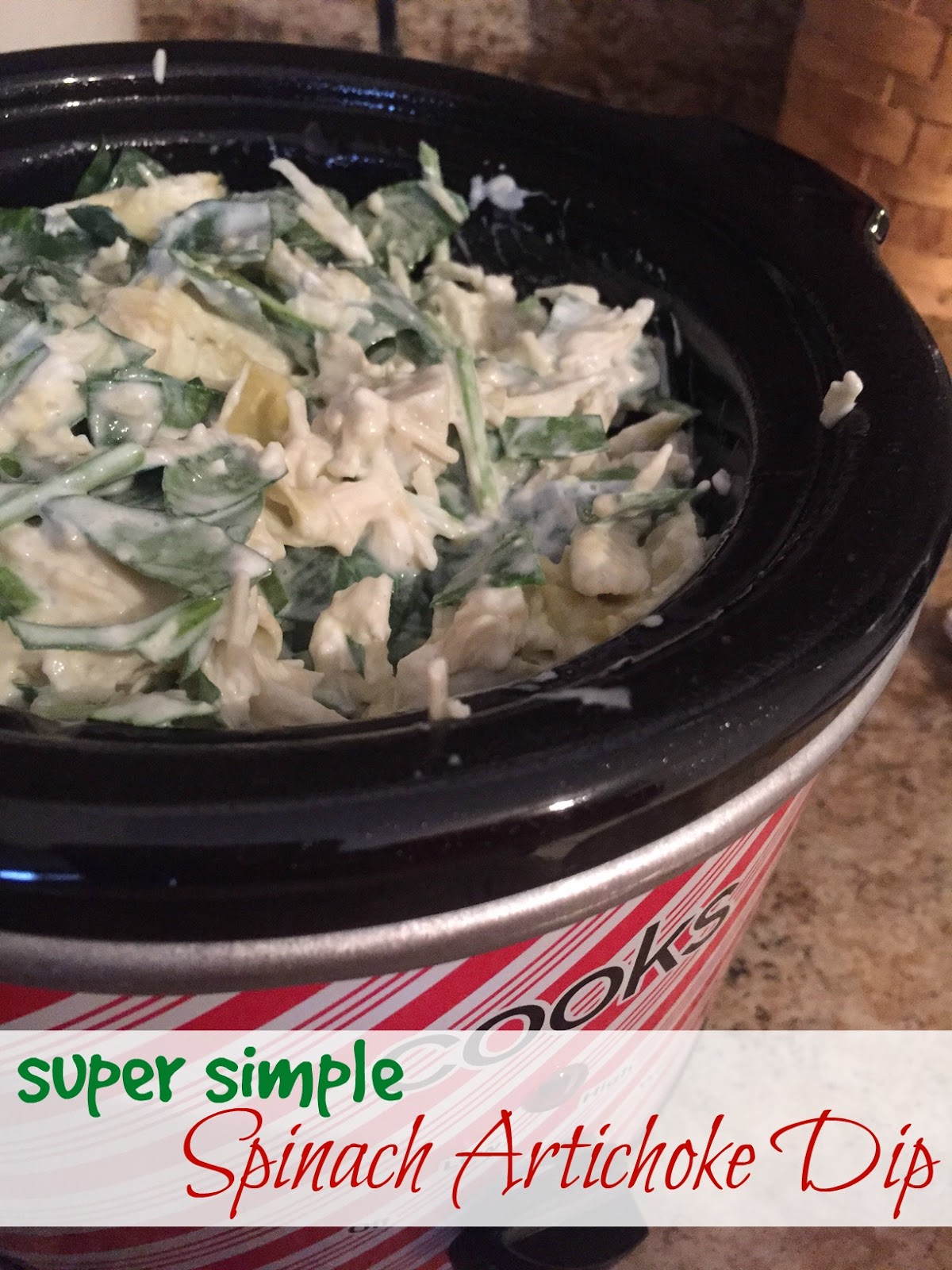 And of course – if I’m making it – it had to be simple! I even got this adorable mini-slow cooker at Christmas that is perfect for dips. It’s just a 1.5 quart – so cute! 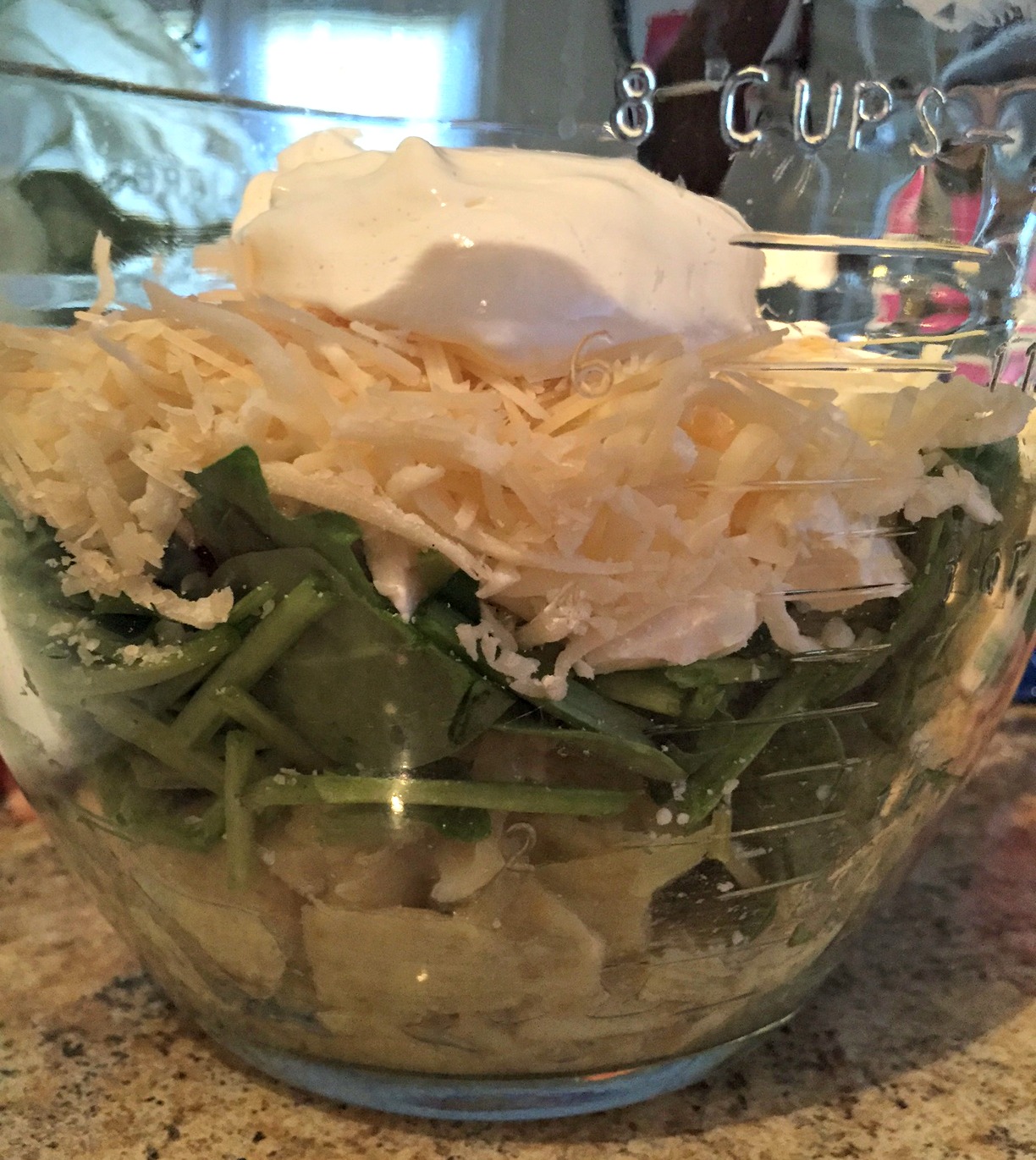 The best part about this is you just throw it all in a bowl (artichoke hearts, spinach, cream cheese, mozzarella, sour cream, salt & pepper) and stir it up. 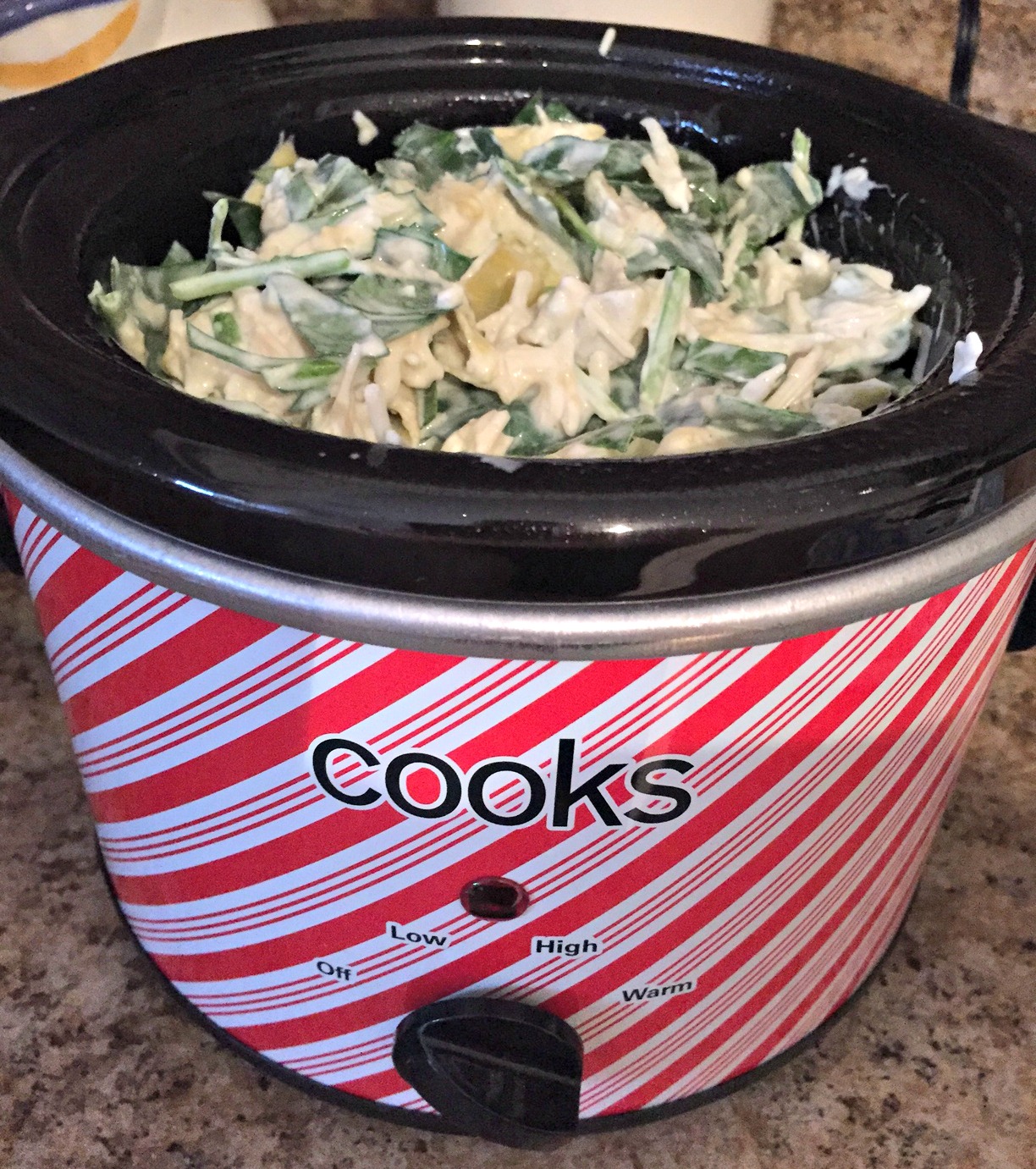 Then pop it in the slow cooker and turn it on low for 4 hours. This is such a little one – that it doesn’t have to heat that long. 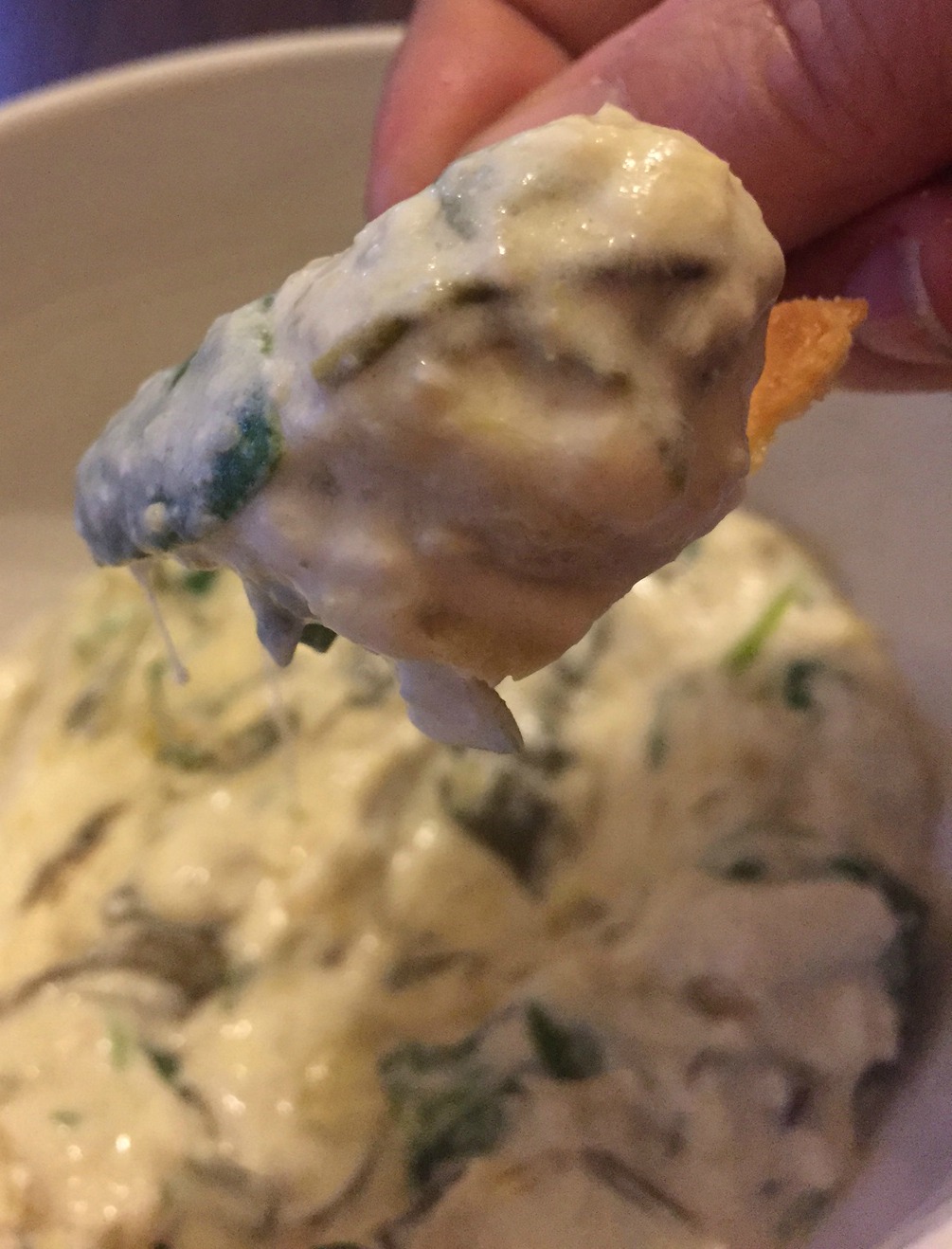 What comes out is creamy, cheesy deliciousness. And, of course, it’s great with pita chips – which is how we enjoyed some of the yummy dip. It’s definitely easy and tasty. This also doesn’t make an overwhelming amount – so you’re not eating it for 2 weeks.

The thing is though – we did have leftovers. So I took them into my bag of tricks and made a second recipe! 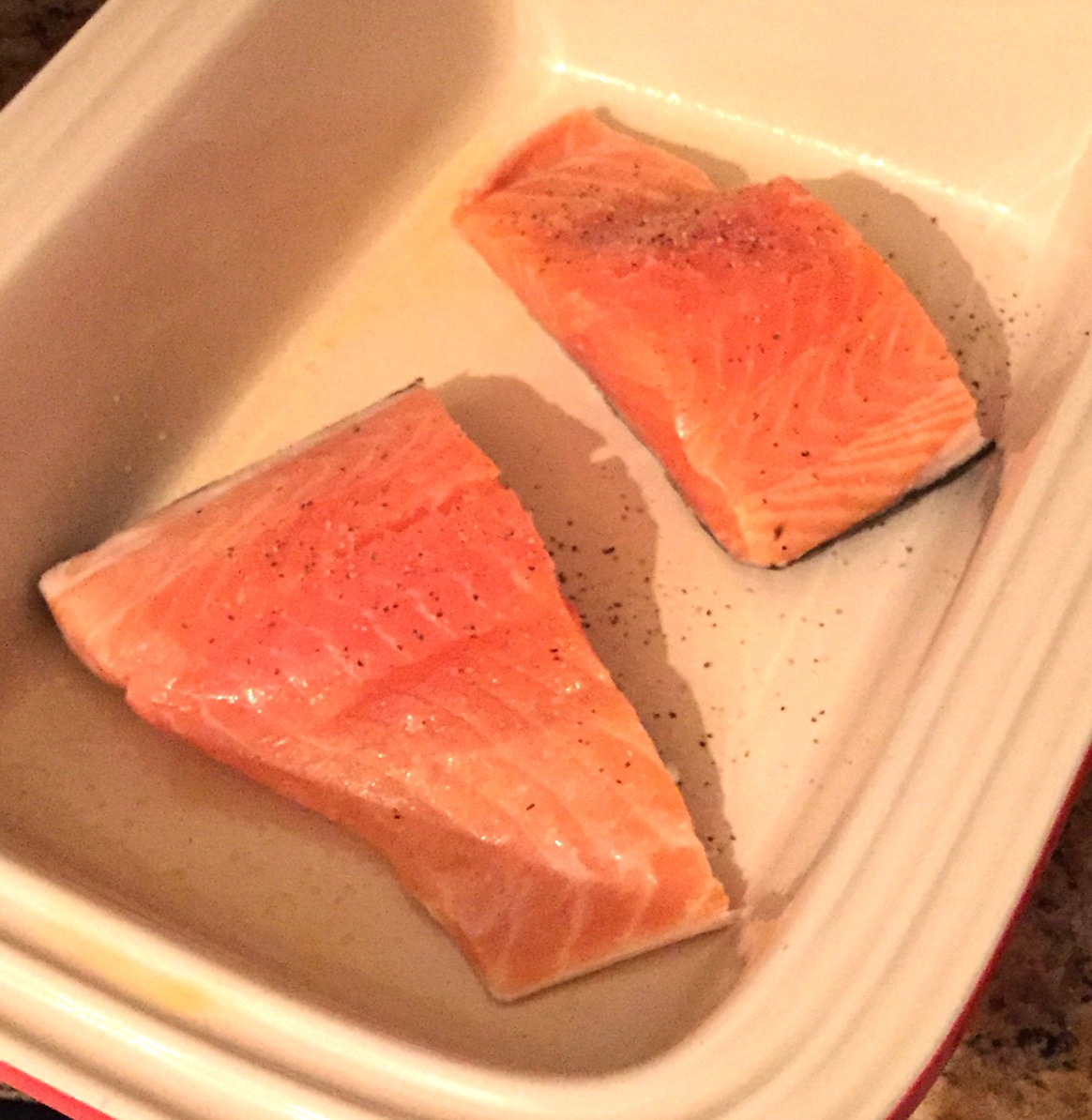 There’s a restaurant we love that serves a fish dish that basically has spinach artichoke dip on top – so I decided to give it a whirl. I bought some salmon at the grocer and went to town. 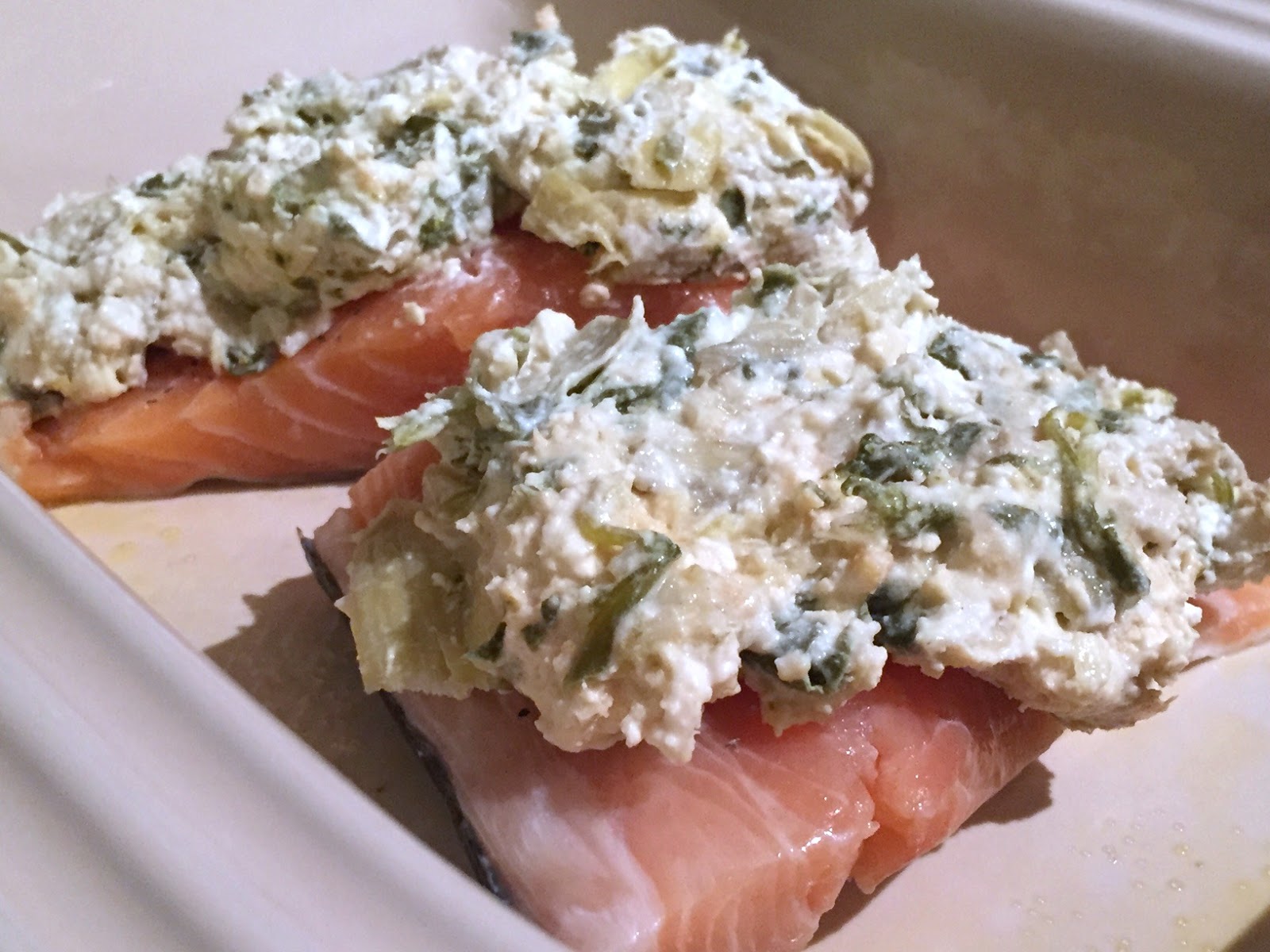 I piled the leftover spinach artichoke dip on top and baked it for probably 12-15 minutes at 400. It really depends on how thick your salmon is and how well done you like it. I like my salmon a little more on medium – definitely not well done. 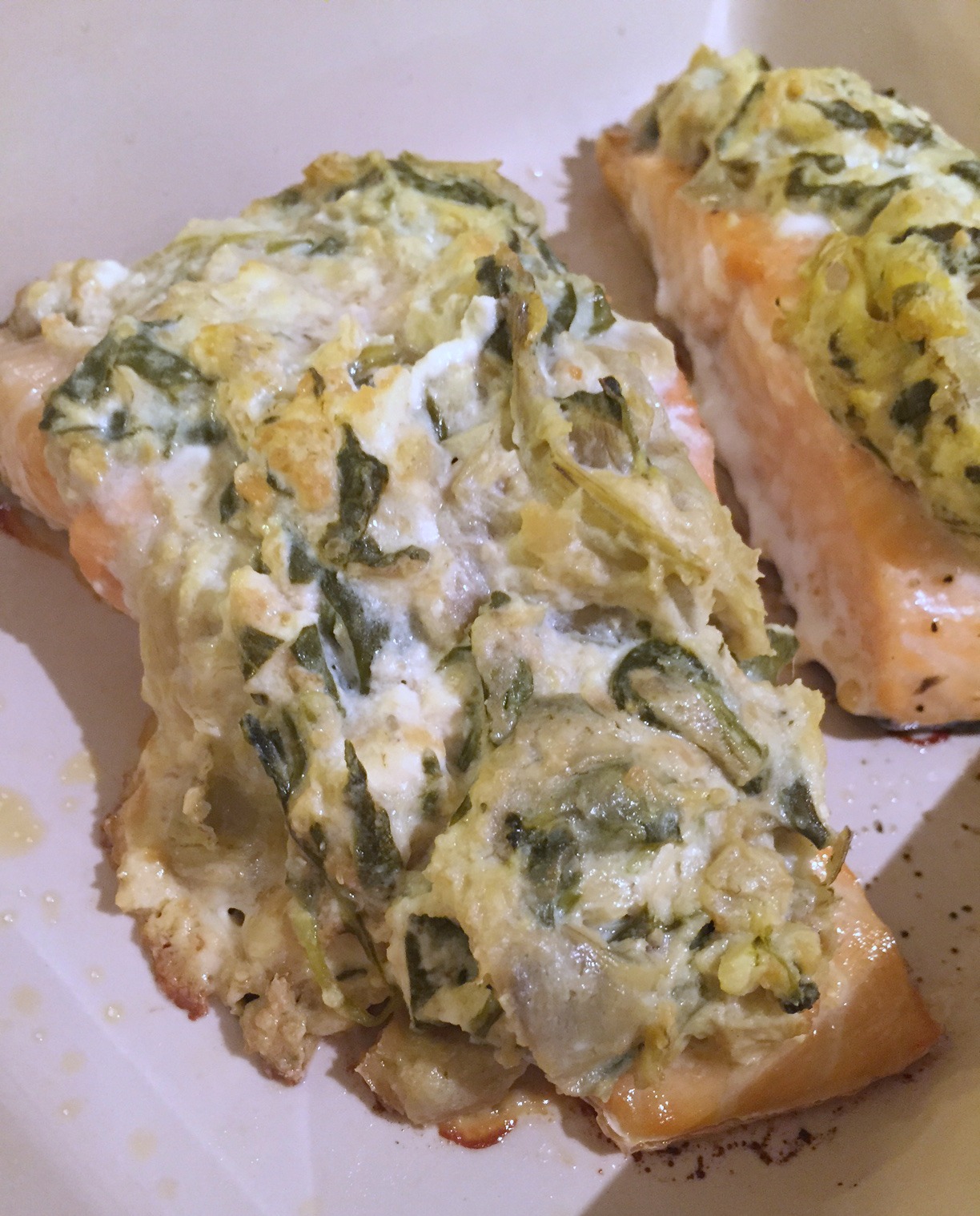 Out came deliciously flaky salmon with a wonderfully cheesy topping. The best salmon I’ve ever made – hands down – it’s a great pair!

Mix all ingredients together and spoon into a slow cooker and cook on Low for 4-6 hours.

Spray baking dish with non-stick spray. Cut salmon into 2 pieces and place skin-side down in baking dish. Top each fillet with 1/2 cup dip. Bake at 400 for 10 minutes – add minute 2-3 min at a time until desired doneness.