I try and keep some quick to fix items on hand for those weeknights when I just don’t feel like big meal planning – pizza crust is one of those items! I also had recently picked up some Tyson Grilled & Ready Frozen Chicken Strips and wanted to try those too! So – BBQ Buffalo Chicken Pizza it was! 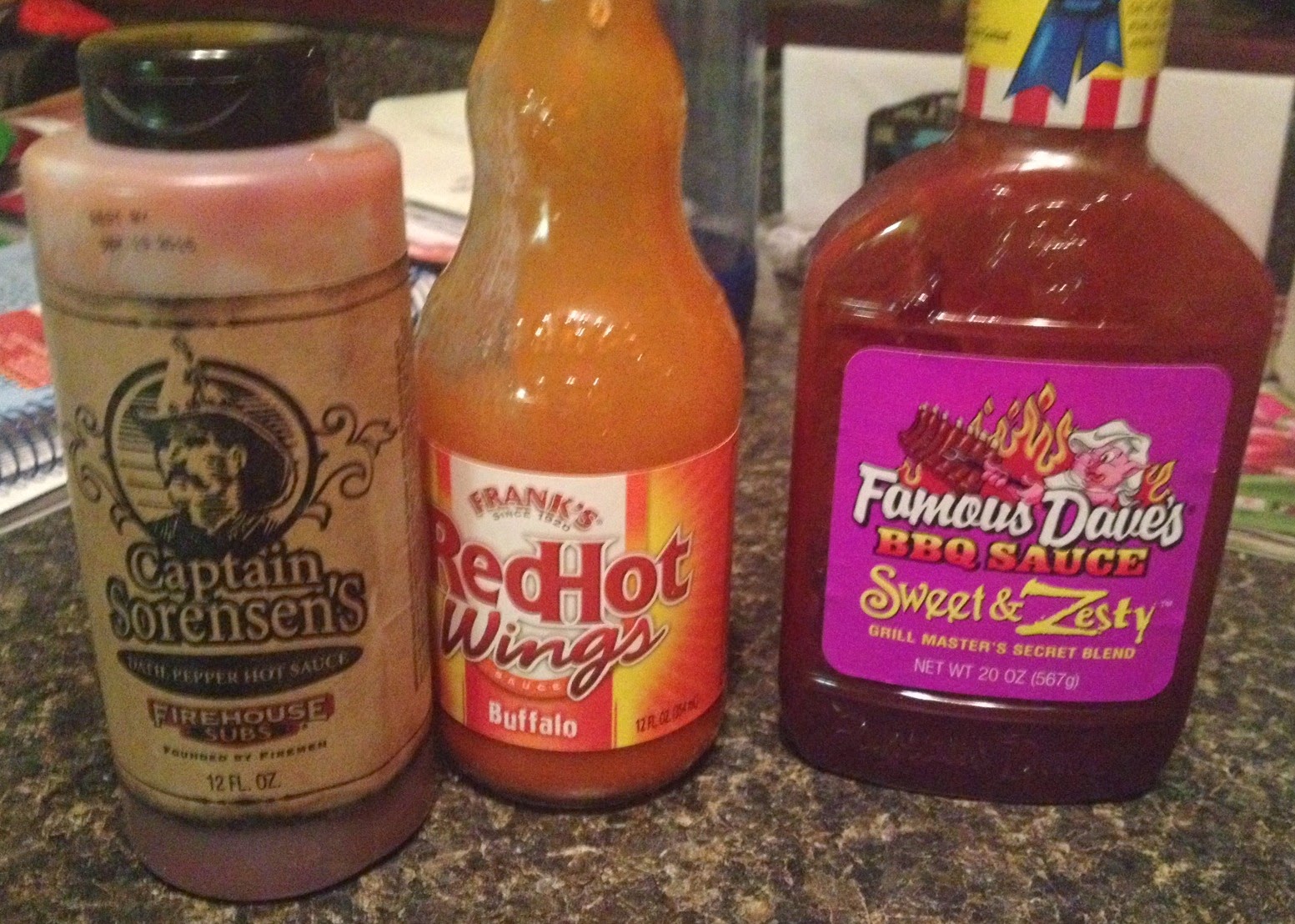 I decided to make a homemade mix of sauces and used buffalo sauce, bbq sauce and my favorite datil pepper sauce from Firehouse Subs! I mixed them in a bowl until I liked the flavor and the kick. 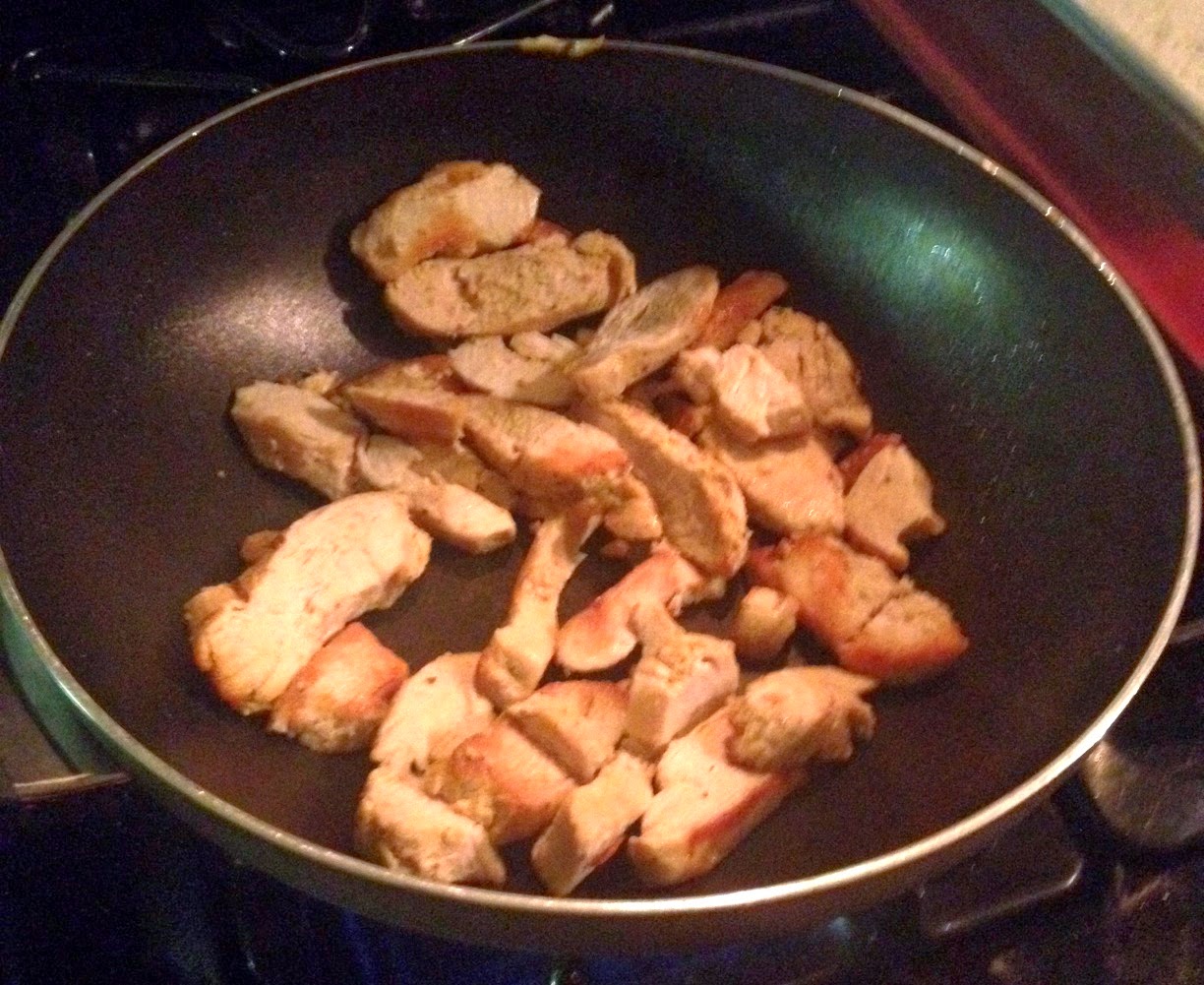 I heated up the Tyson frozen chicken strips for a few minutes to thaw them out. I was using the Southwestern strips. They make things like this super quick & easy. 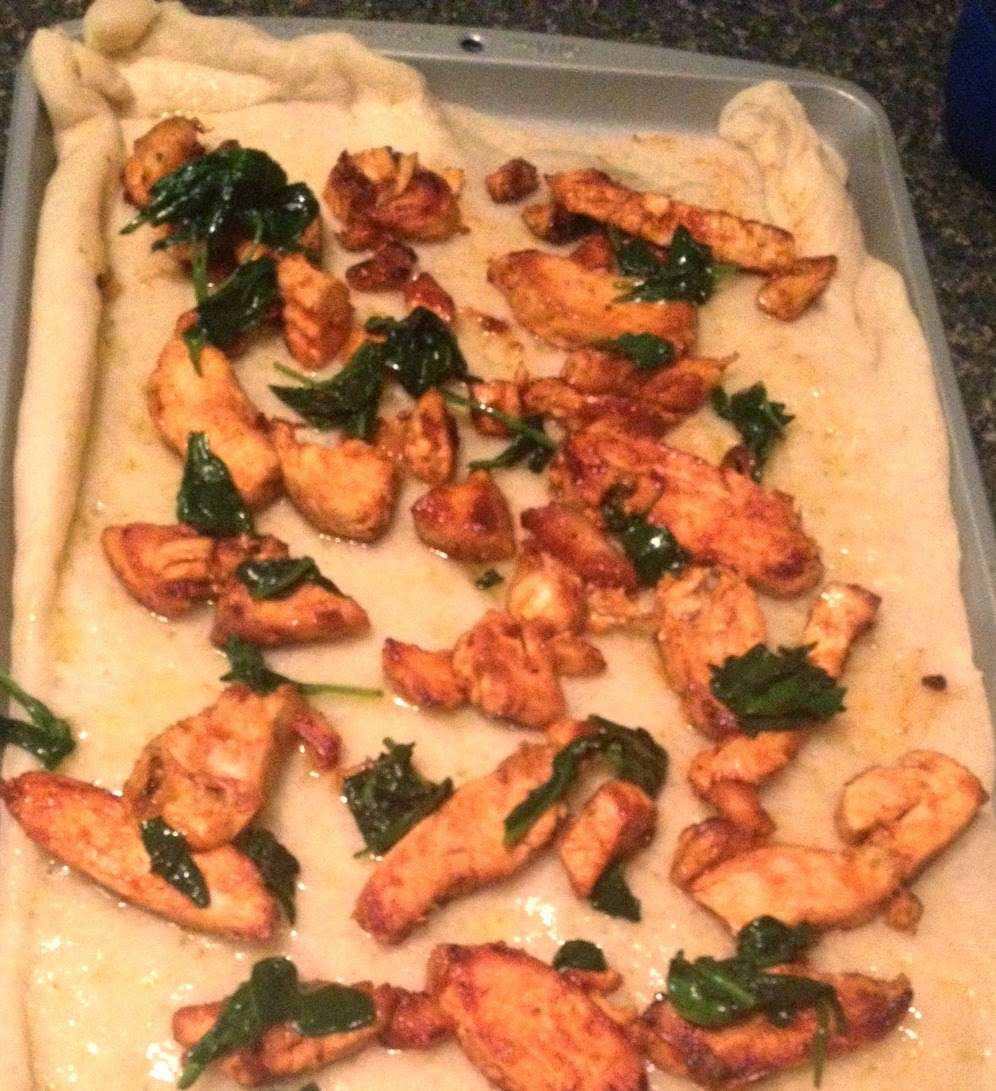 On my pizza crust – I brushed the crust with olive oil first and then spread the chicken strips across the pizza crust. I also sauteed a little spinach to get some vegetables in there. I topped that with my sauce mixture and topped it with CoJack cheese. Then in the oven for about 10-15 min (refer to your package directions – you may need to pre-bake the crust for a few minutes). 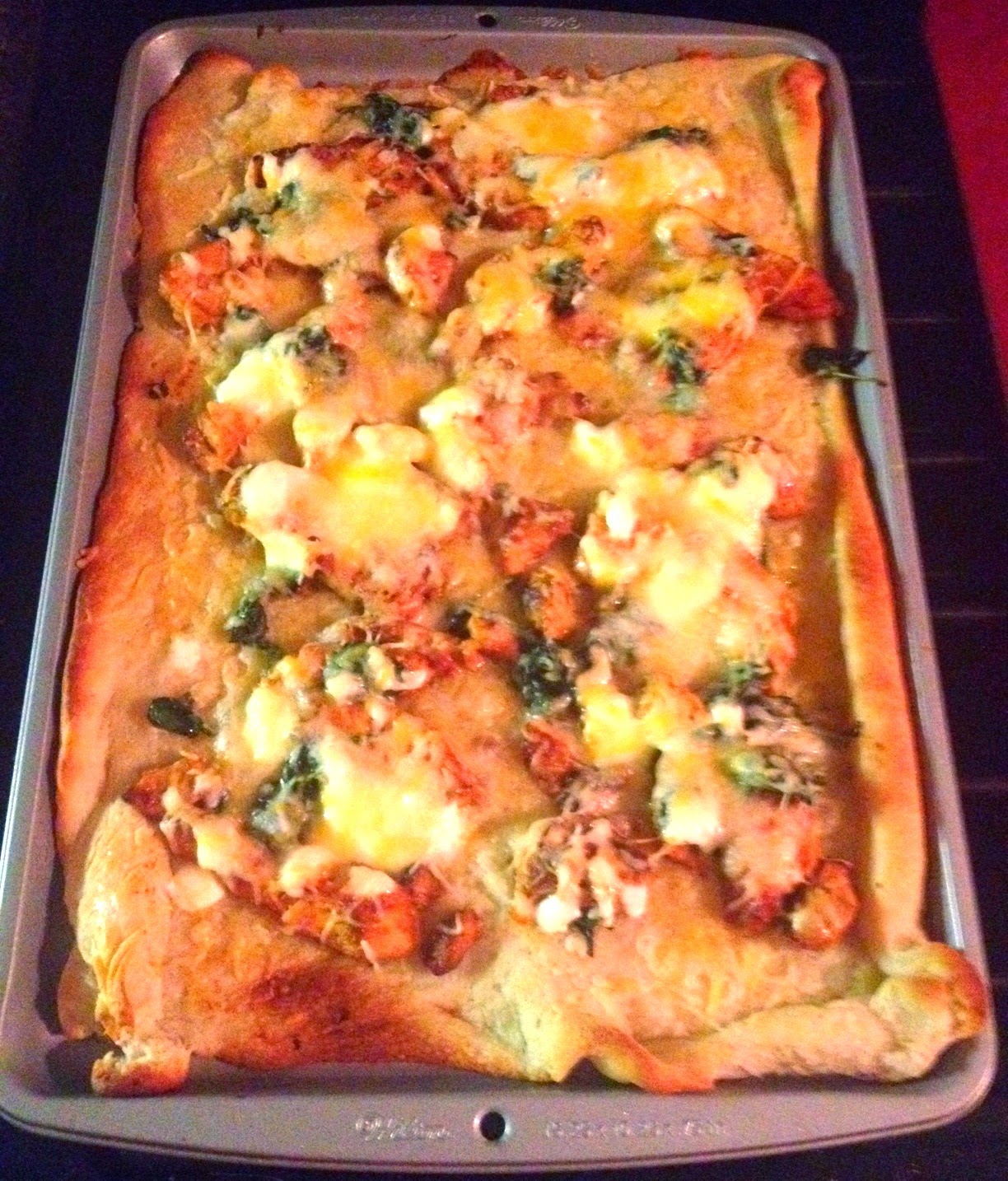 Voila! Fluffy and crunchy crust with a great bbq buffalo pizza in just 15 minutes! This is one of those things you don’t even need a recipe for – just mix it up and use whatever is in your fridge or whatever you like. Branch out from the traditional pepperoni & red sauce – I made a shrimp/pesto pizza that Larry still raves about! 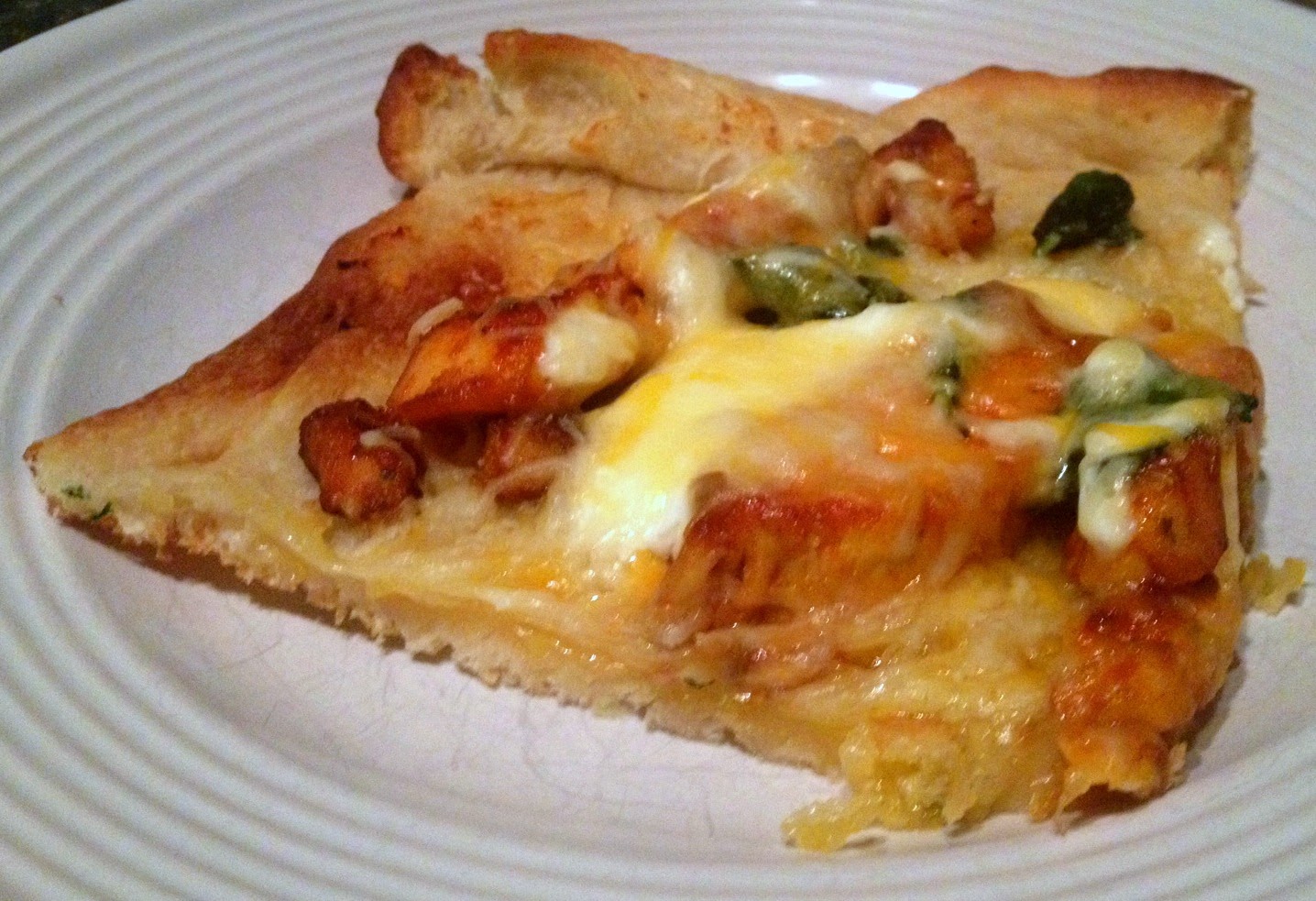 All in all – it was a good, quick pizza. The chicken was a little dry – but good to use in a pinch. I would add more veggies next time – but I didn’t have any. 🙁