I’ve become OBSESSED with my cast iron pan from Brylane Home. I saw a recipe for Cast Iron Pizza and had to try it!! 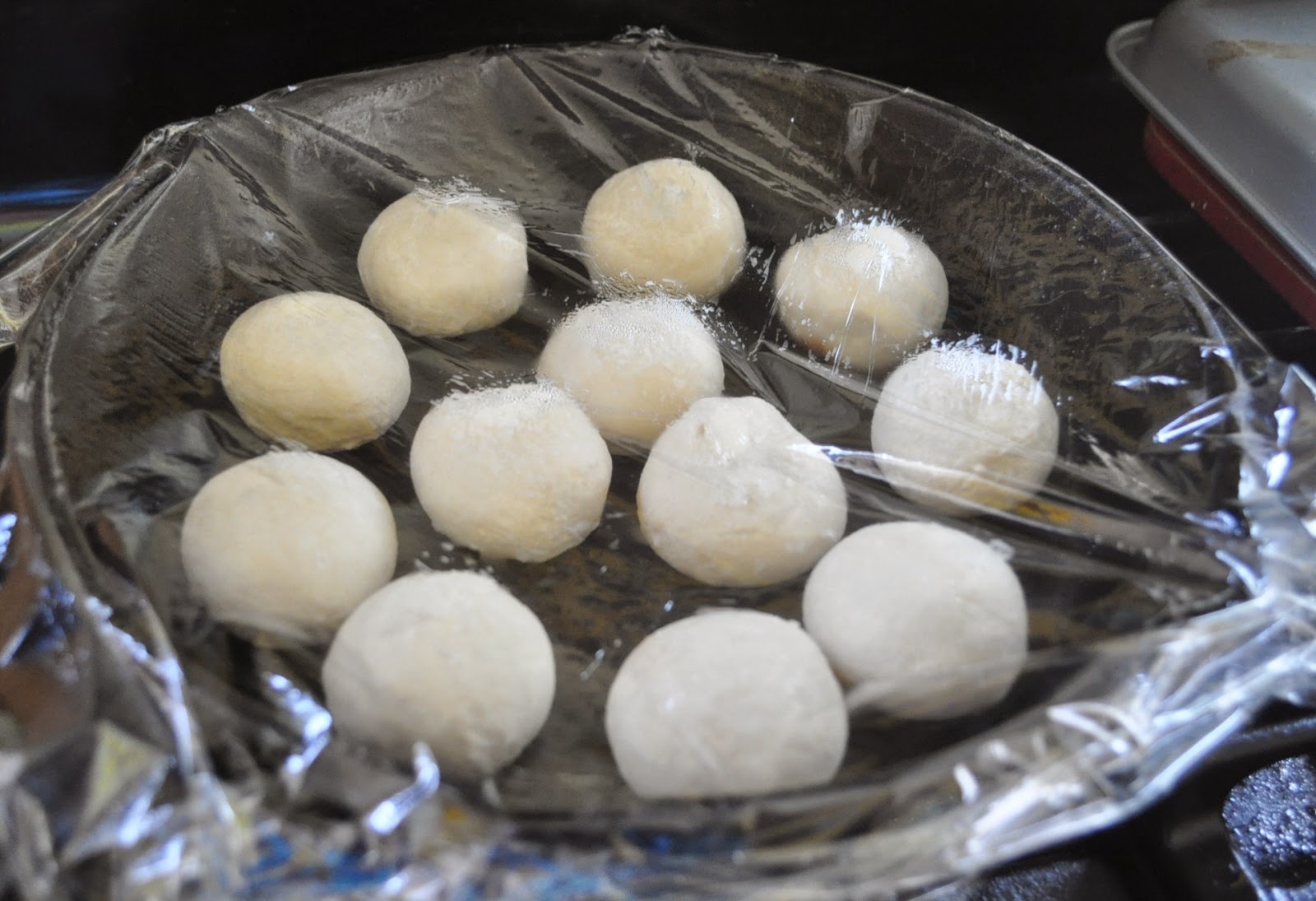 This recipe was pretty unique because you start with dinner rolls. You take frozen dinner rolls that need to rise and place them fairly close together in your cast iron pan. My pan was 12″ and I used 12 rolls – judge for yourself based on the size of your pan. I had a little bacon grease left and put it in the bottom of the pan just to make sure it wouldn’t stick. 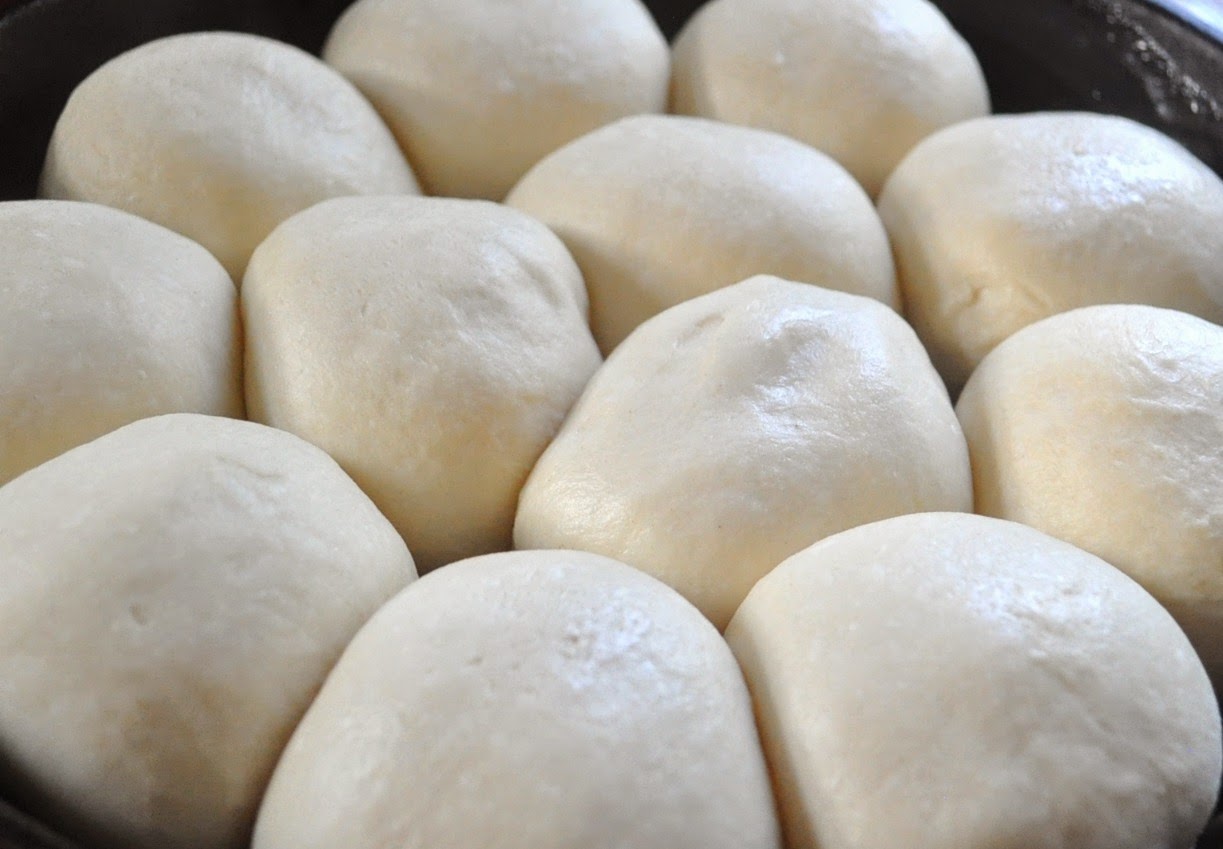 I chose for the “slow” method and just covered it with plastic wrap and let the rolls rise for a few hours until they were nice and puffy! Then comes the fun part – poking them!!! Deflate all the rolls – you might want a little oil on your fingers – it’s kind of sticky. Mush them together to make a crust. This was my first time – admittedly – I need some work in my technique. Then you pre-bake the crust for 15-20 minutes until it just starts to turn color (watch it closely – mine went a few minutes too long as you’ll see). 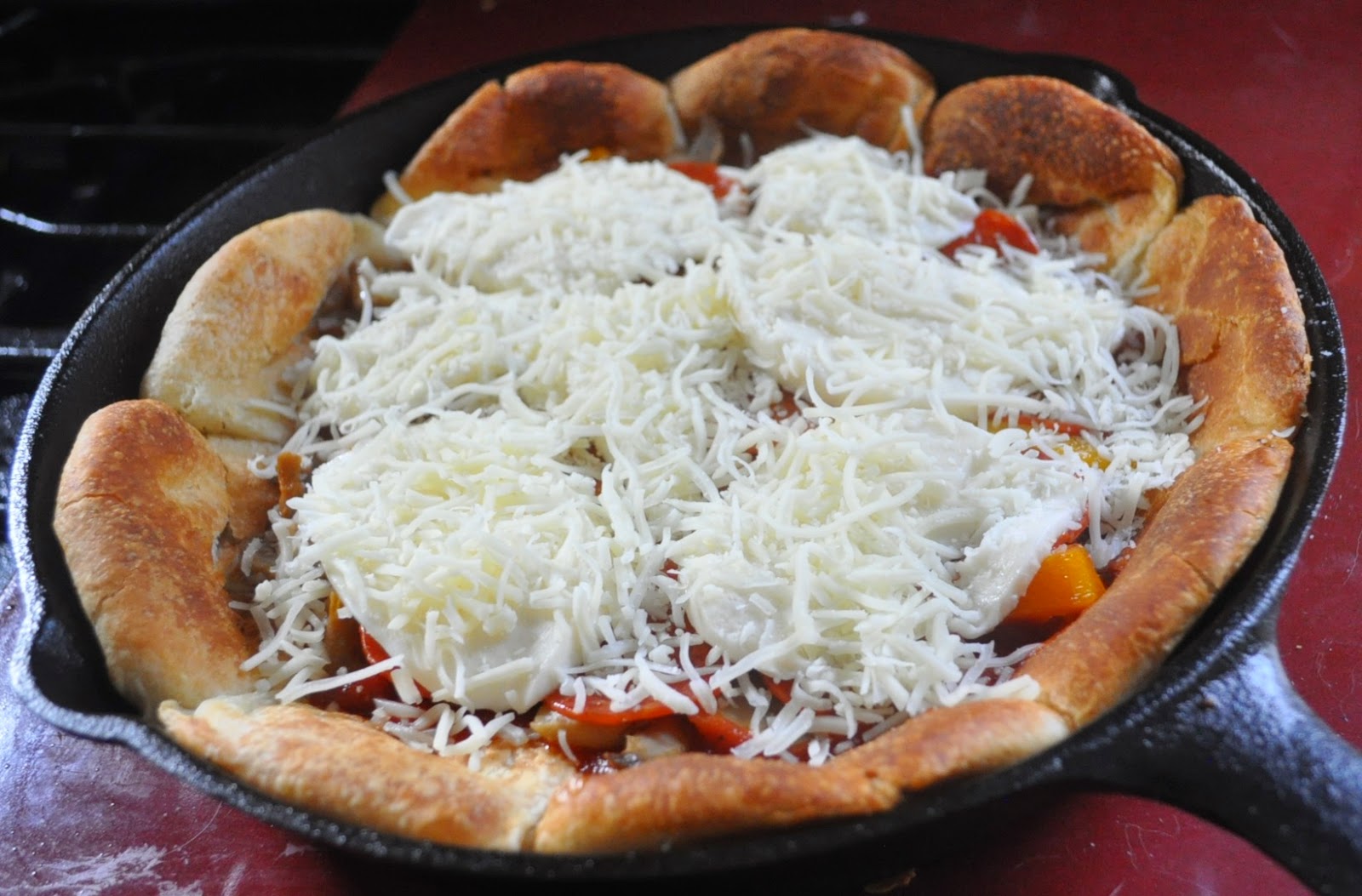 Then top the pizza with whatever you like – I went for pepperoni, orange peppers, red sauce, fresh mozzarella as well as shredded mozzarella. 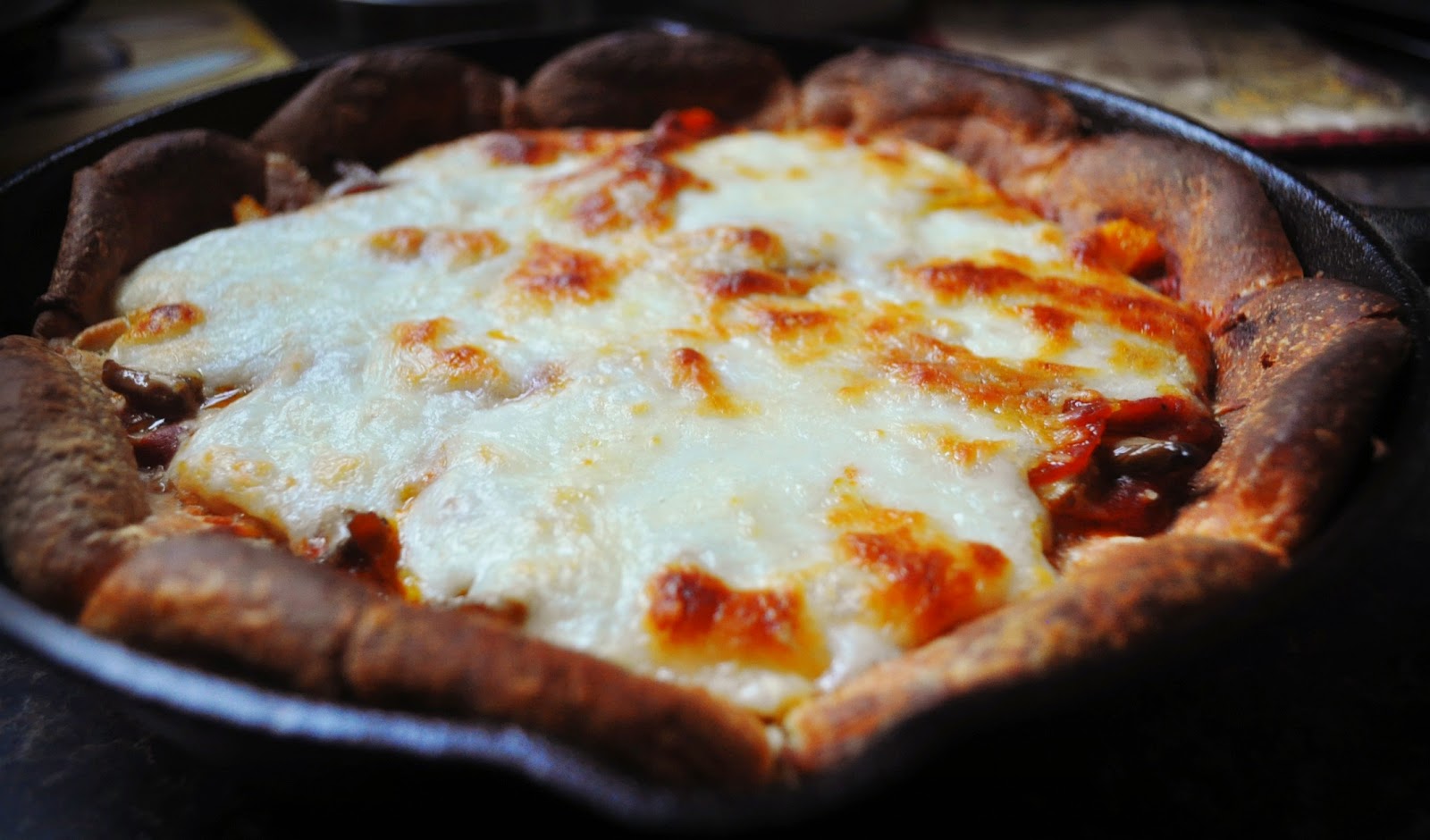 Bake at 425 for another 15 minutes or so until the cheese starts to get brown & bubbly. You can see the combined baking was a bit much for the edges of my pizza but I have to say – the biscuits still did a great job and tasted good. Nothing stuck at all in my cast iron pan – I’m such a convert!


Thanks to Recipes For Our Daily Bread for the recipe starter!


Looking for other pizza-riffic recipes?