This morning I’m making an appearance on Local 12 – Star 64 morning news with my favorite news anchor Bob Herzog! I love going on the air and creating fun and simple recipes. This one is a little more complicated – but I bet Bob can handle it! 😉 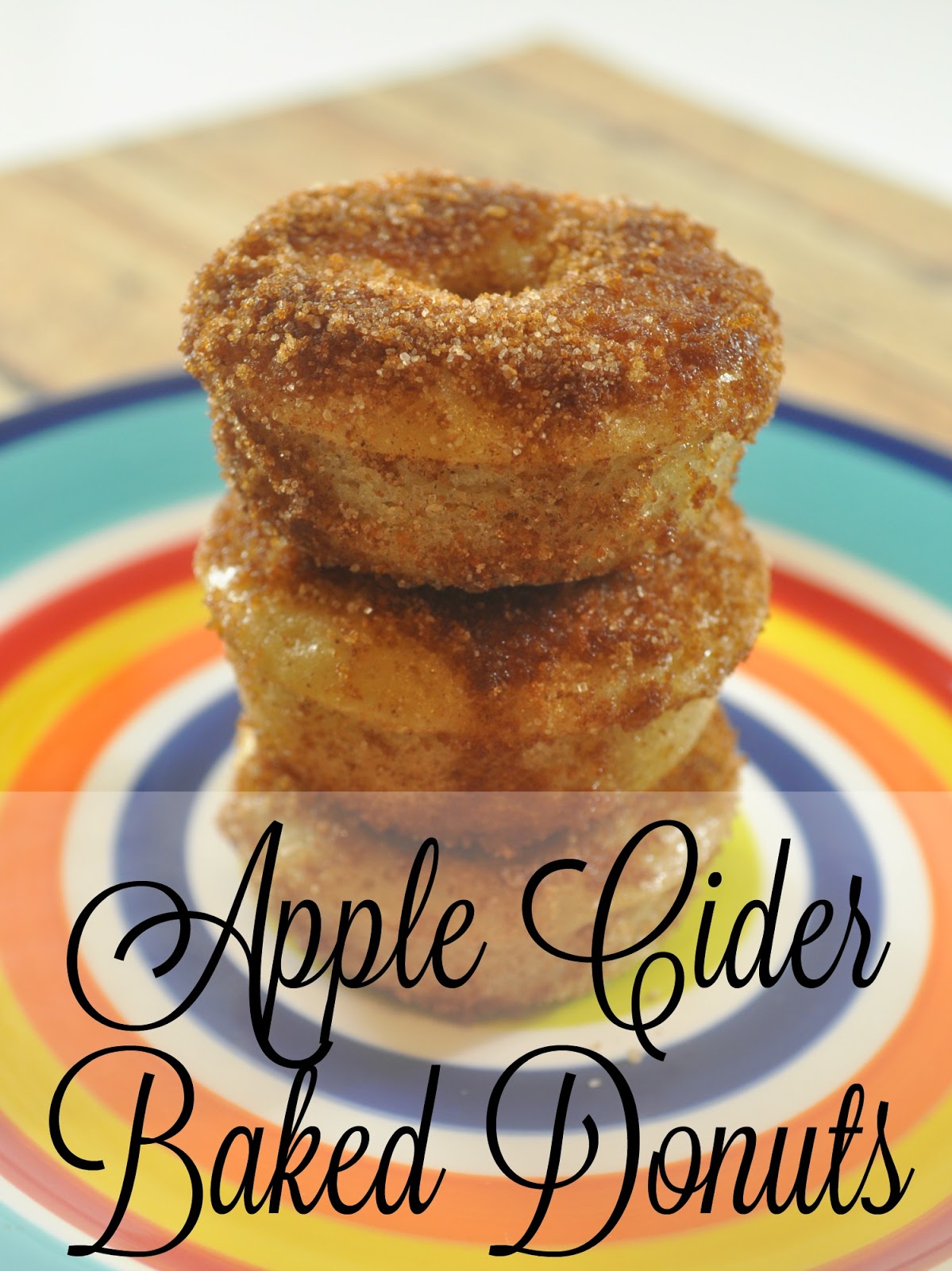 Now that Halloween has passed – maybe we can move past the pumpkin. So I was thinking what else screams FALL?! I landed on Apple Cider. Then I thought – what’s good in the morning? Donuts! Boom!

I got the recipe from Foodie Misadventures – normally I try and create my own but with time being of the essence – I just found a simple one and went with it. 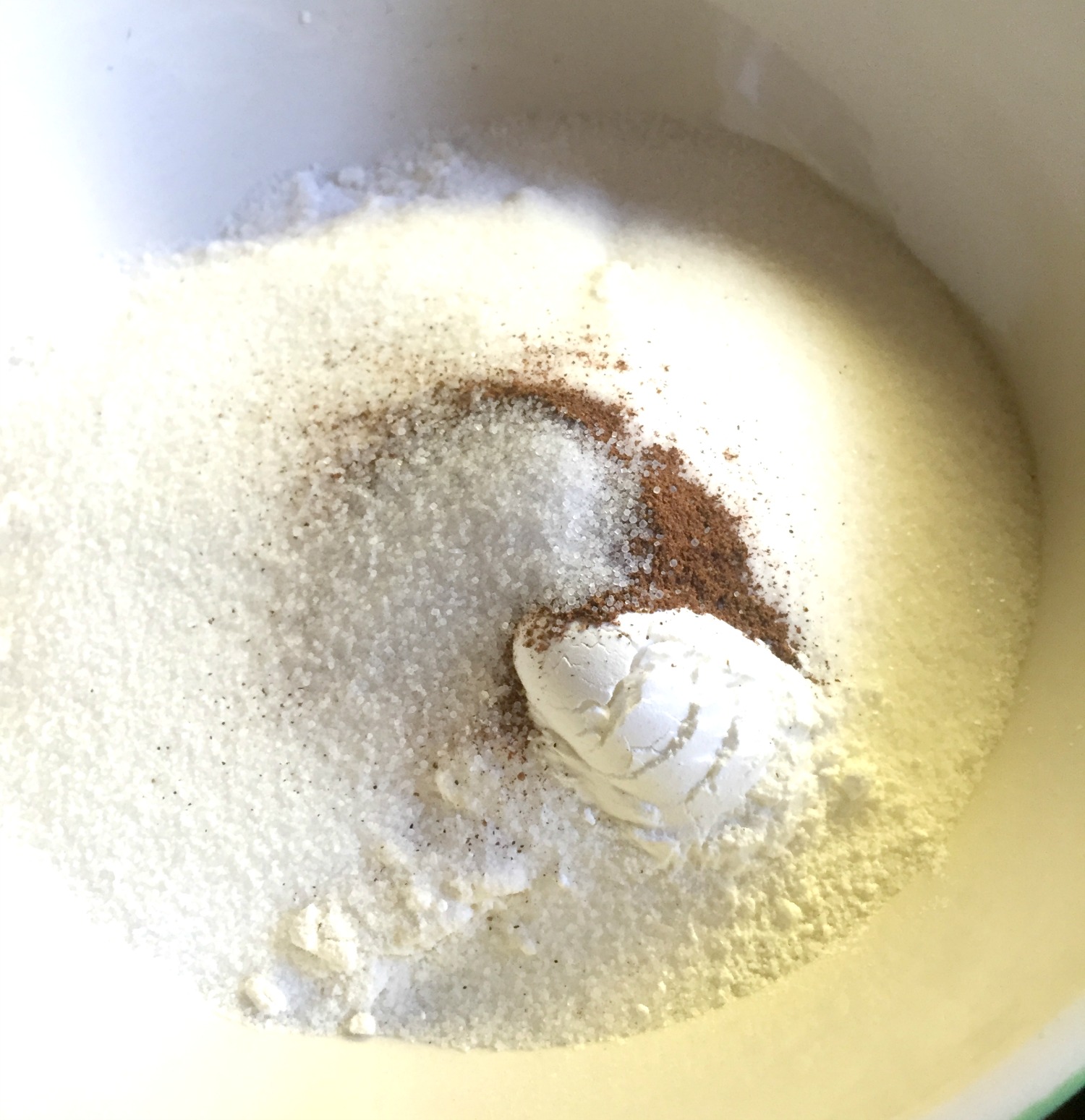 First you take the dry ingredients and mix them together (flour, sugar, baking powder, apple pie spice and salt). 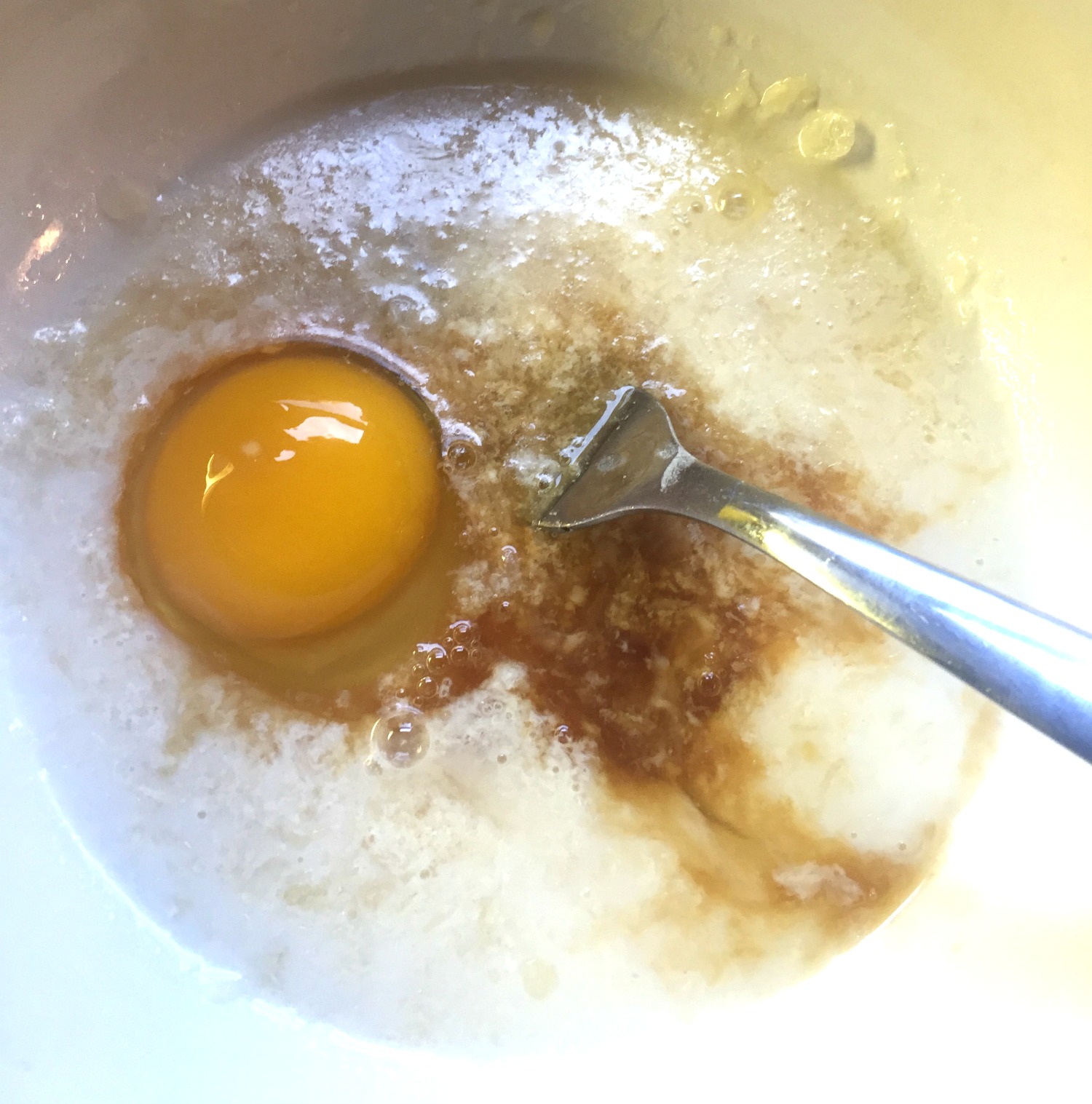 Then in a separate bowl – mix together the wet ingredients (egg, milk, apple cider, vanilla & butter). The recipe didn’t say you needed to use separate bowls but I thought it would be easier. 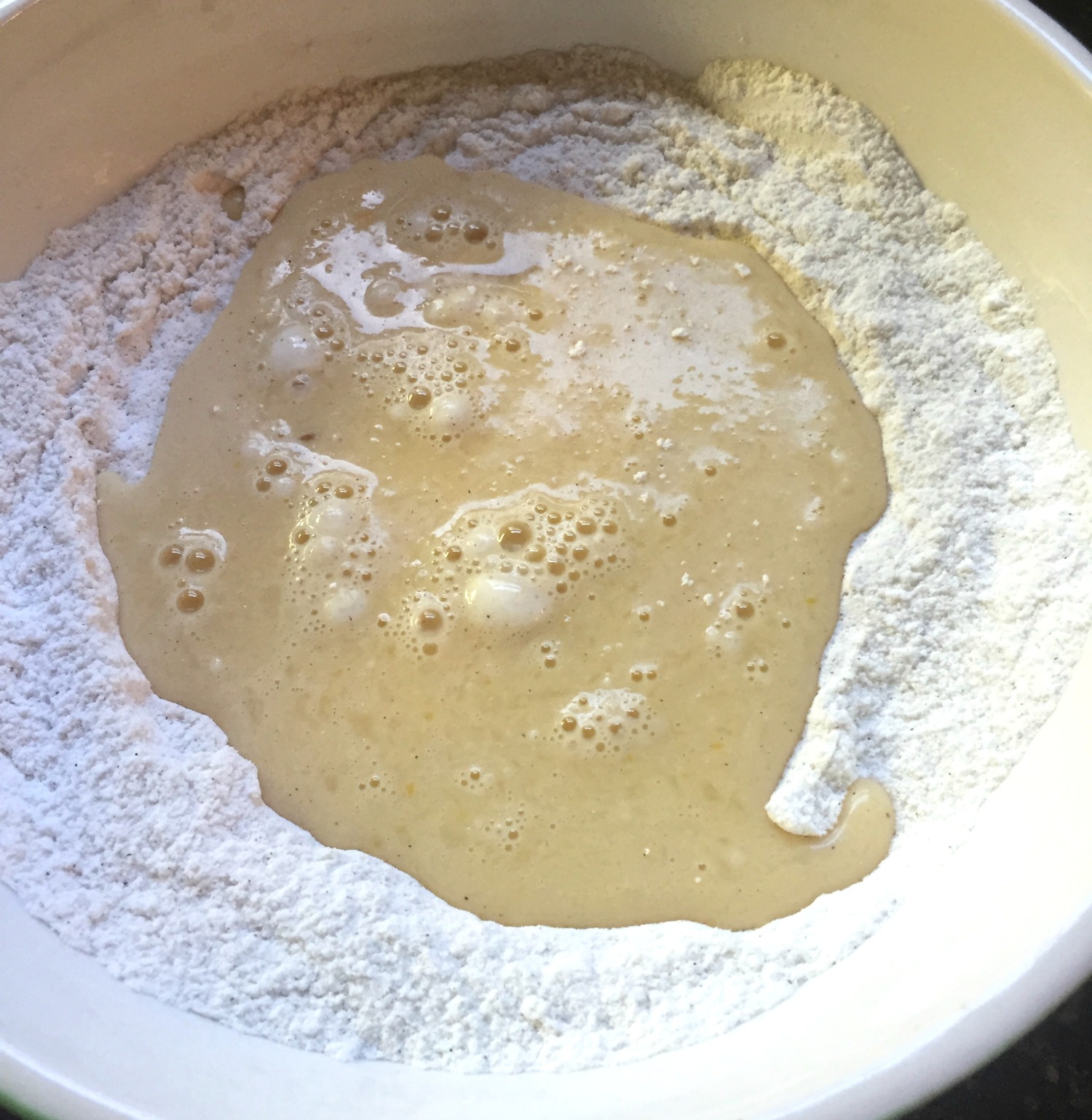 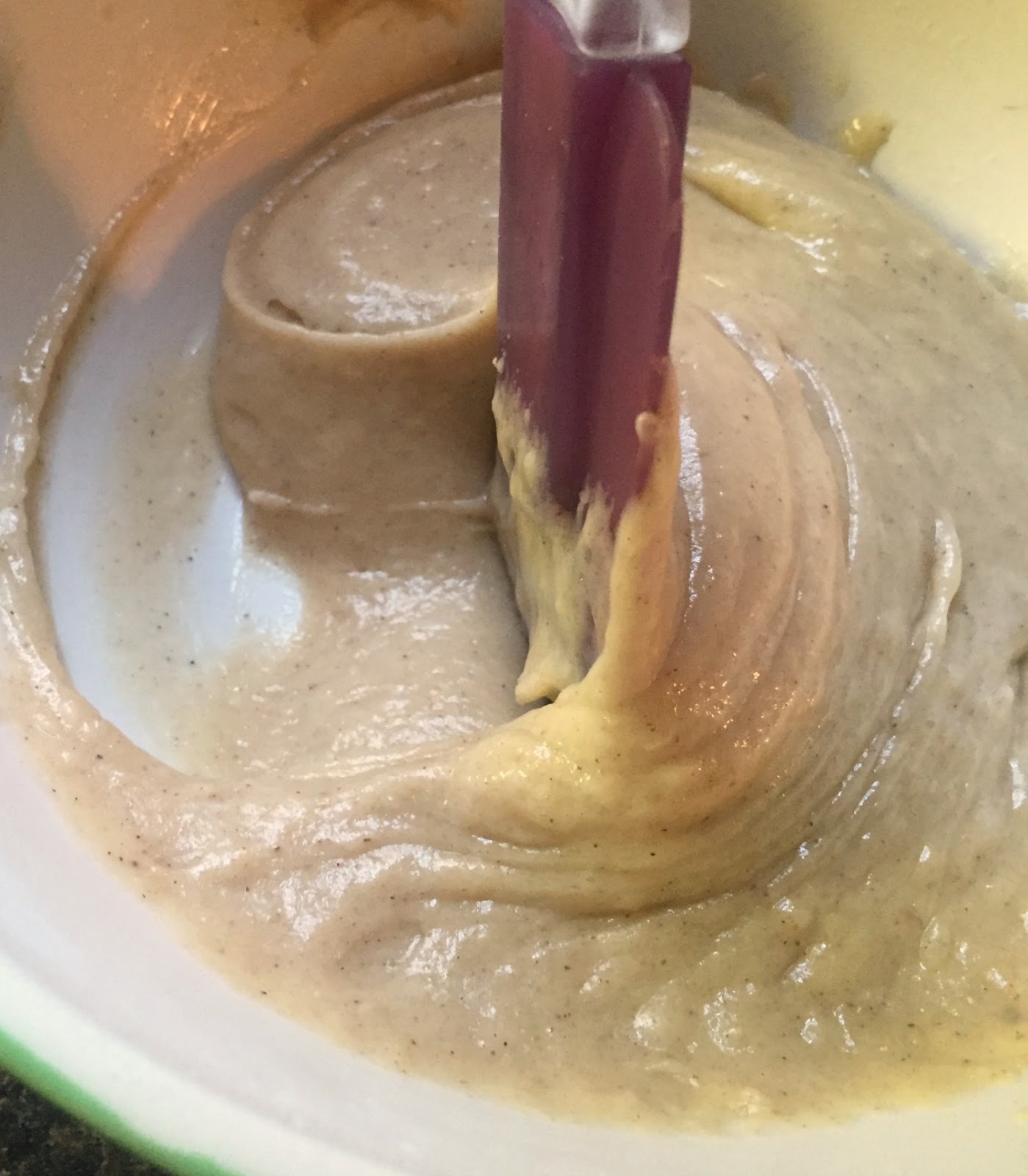 But there always is. The mixture is very thick – you definitely can’t pour these into your donut/muffin pan. I spooned the mixture into a ziploc then cut off the corner. It was super simple and most definitely the way to go. 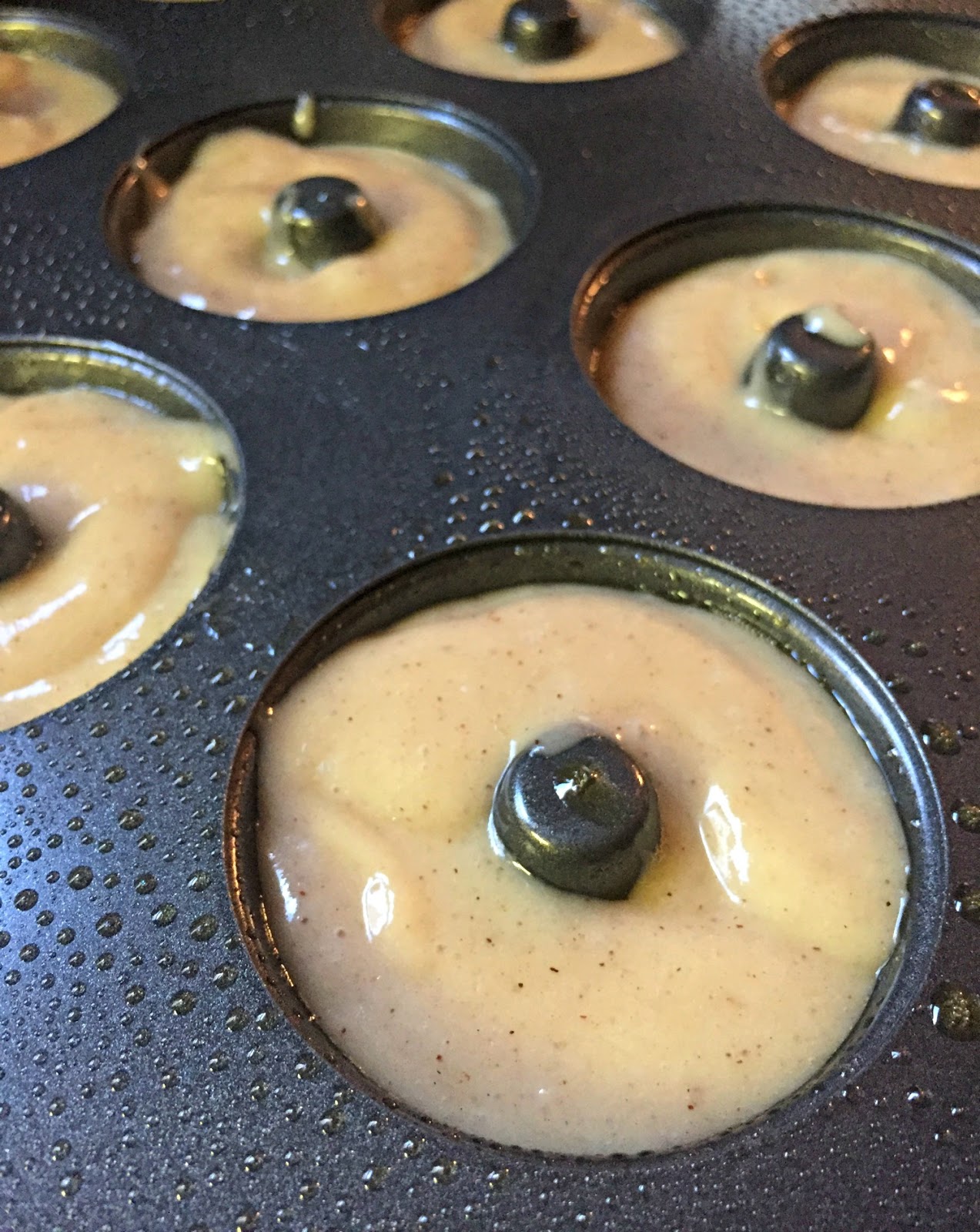 I bought a mini-donut pan this weekend. Since I was splitting up the batch to make half the night before and half on air – I only used one pan. I filled these a little more full than I should have – so keep that in mind if you’re making the full batch. Half the mixture would probably fill 15-18 mini-donuts. You could also use mini-muffin pans. 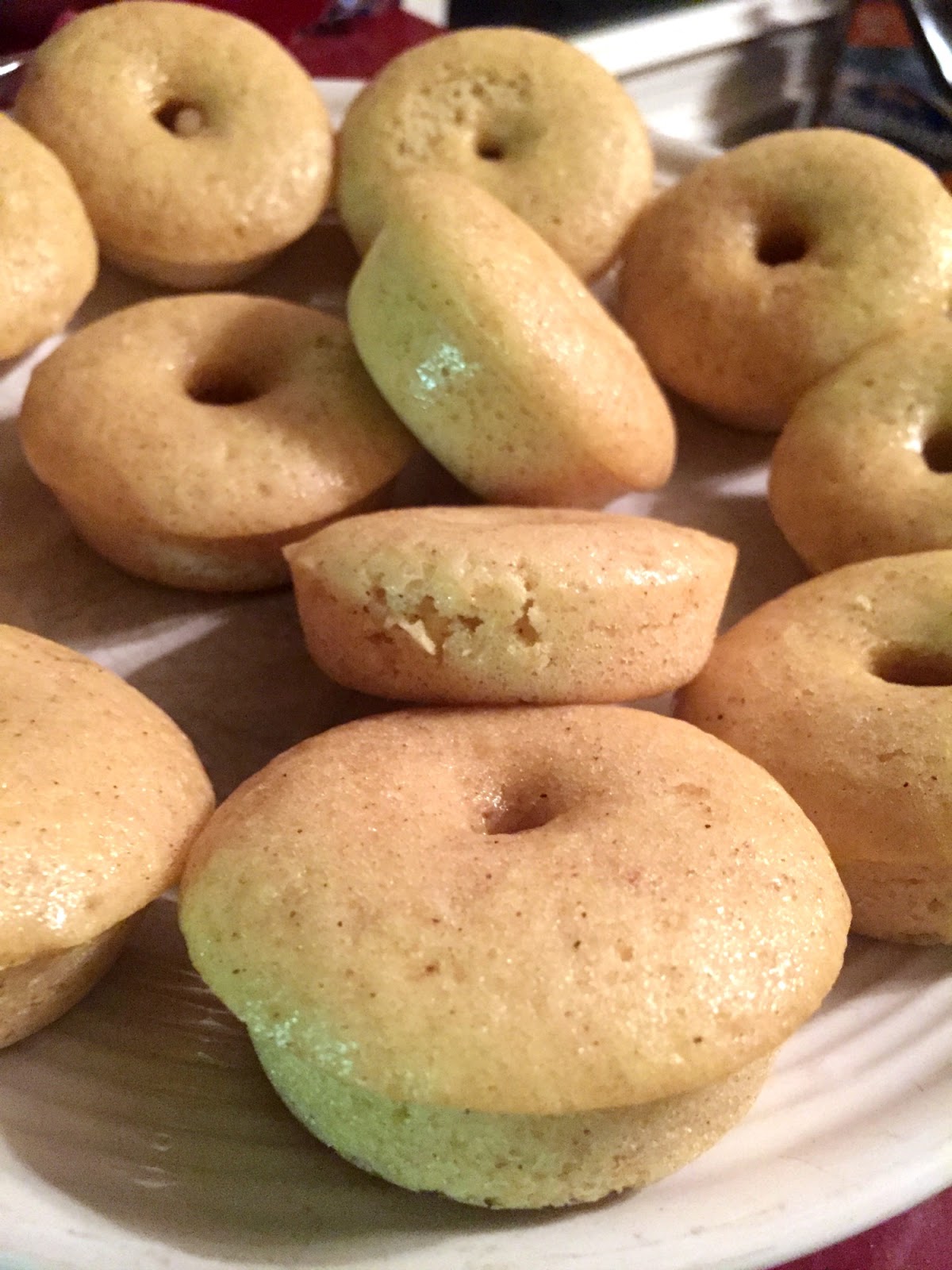 Here are my 12 mini-donut/muffins – the more full ones were definitely more muffin like. They smelled delicious. I let them cool for probably 10 minutes. 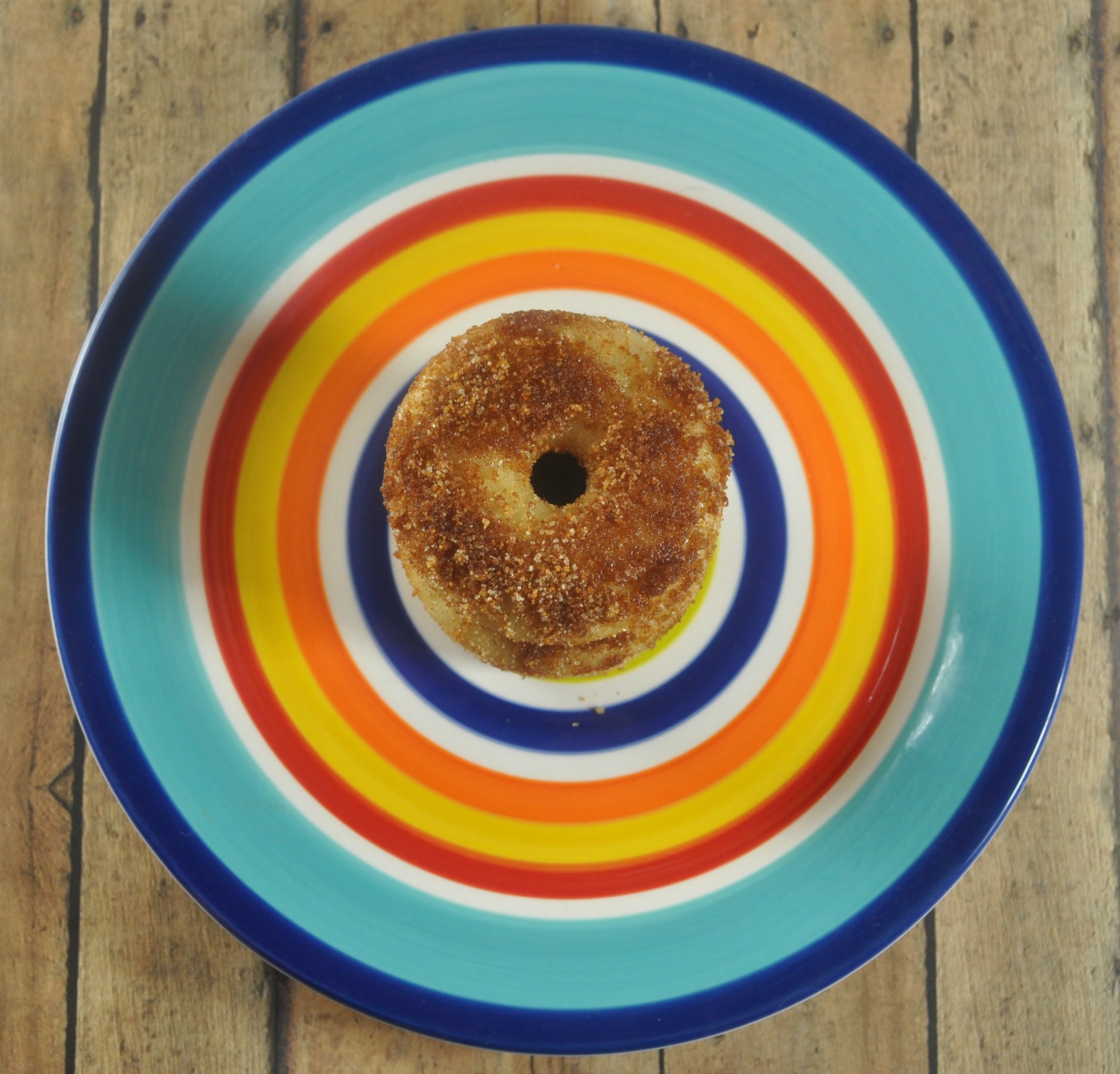 Then I brushed them with butter and coated them in a mixture of white sugar, brown sugar and cinnamon. 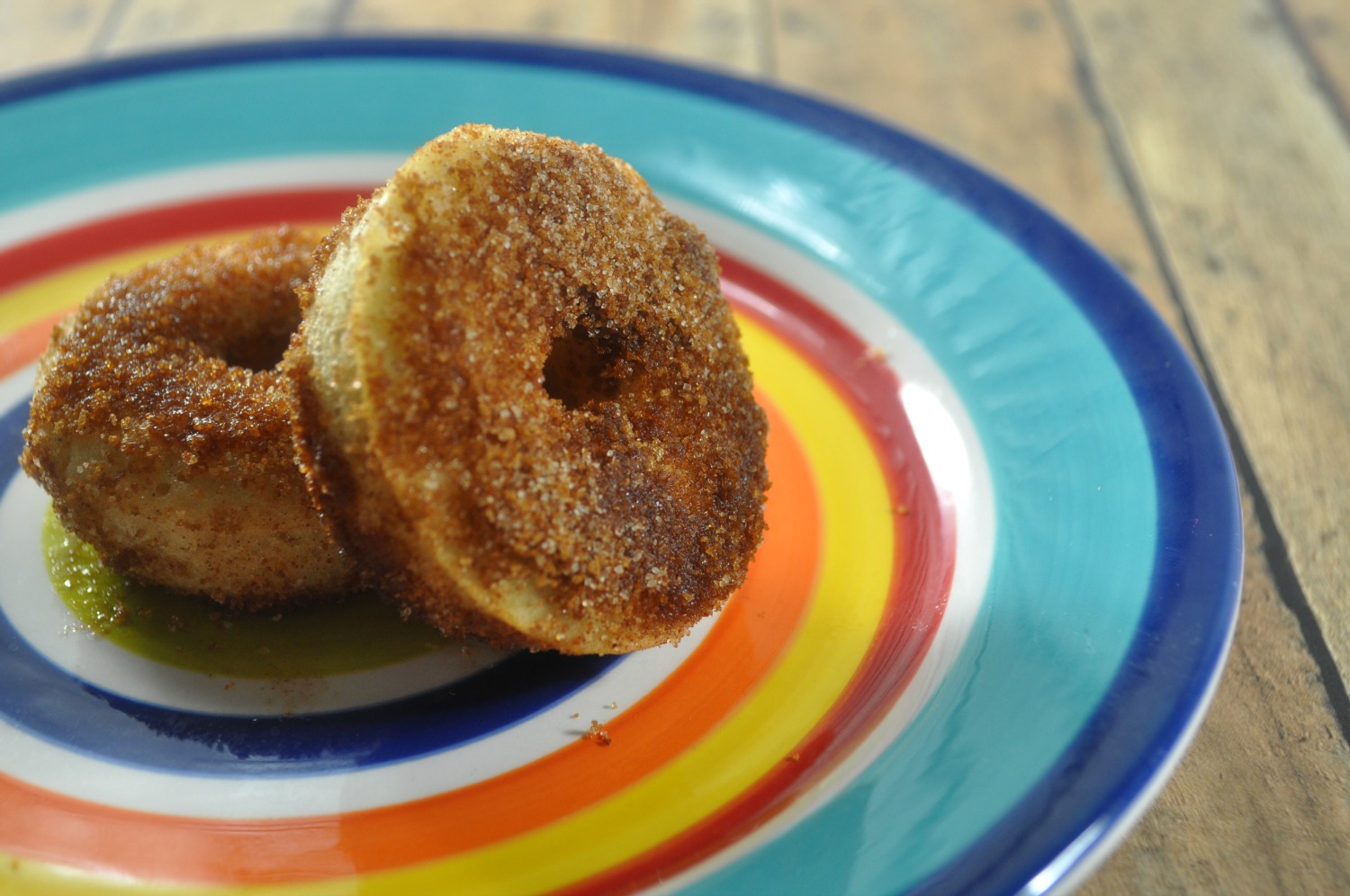 I did sneak one donut – just for a taste test! I had to make sure they weren’t terrible before I had our local celebrities eating them!!! They were delicious and you could definitely taste the cider – so VICTORY! They are dense little suckers – so I think mini-donuts or mini-muffins are definitely the way to go.