I love goulash – it’s one of the first recipes I ever learned to make. It’s super simple and is definitely one when I have no idea what to make and need to clean out the cupboard. 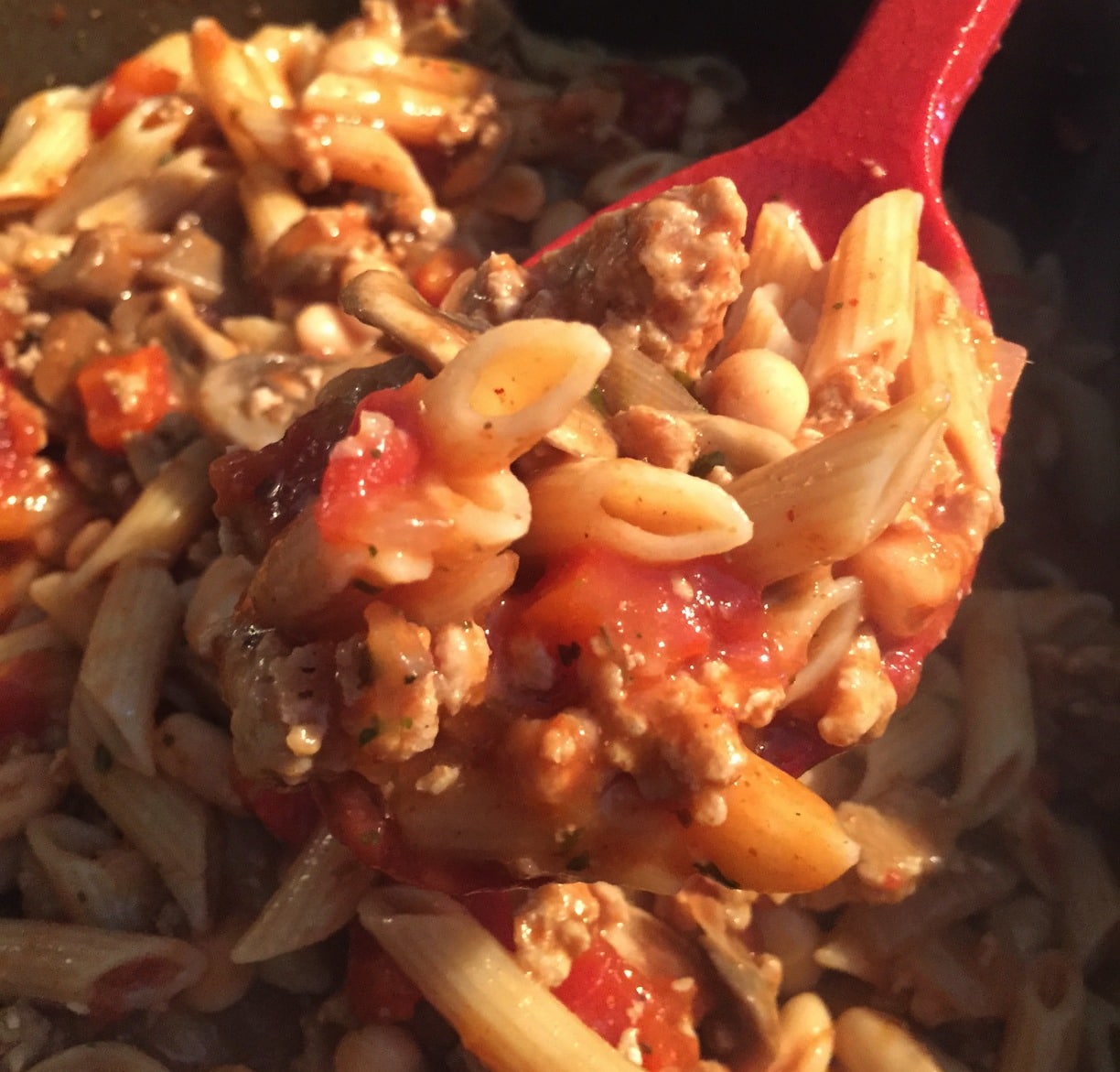 It’s such a comfort food – pasta and tomatoes always make for a great meal after a long day. 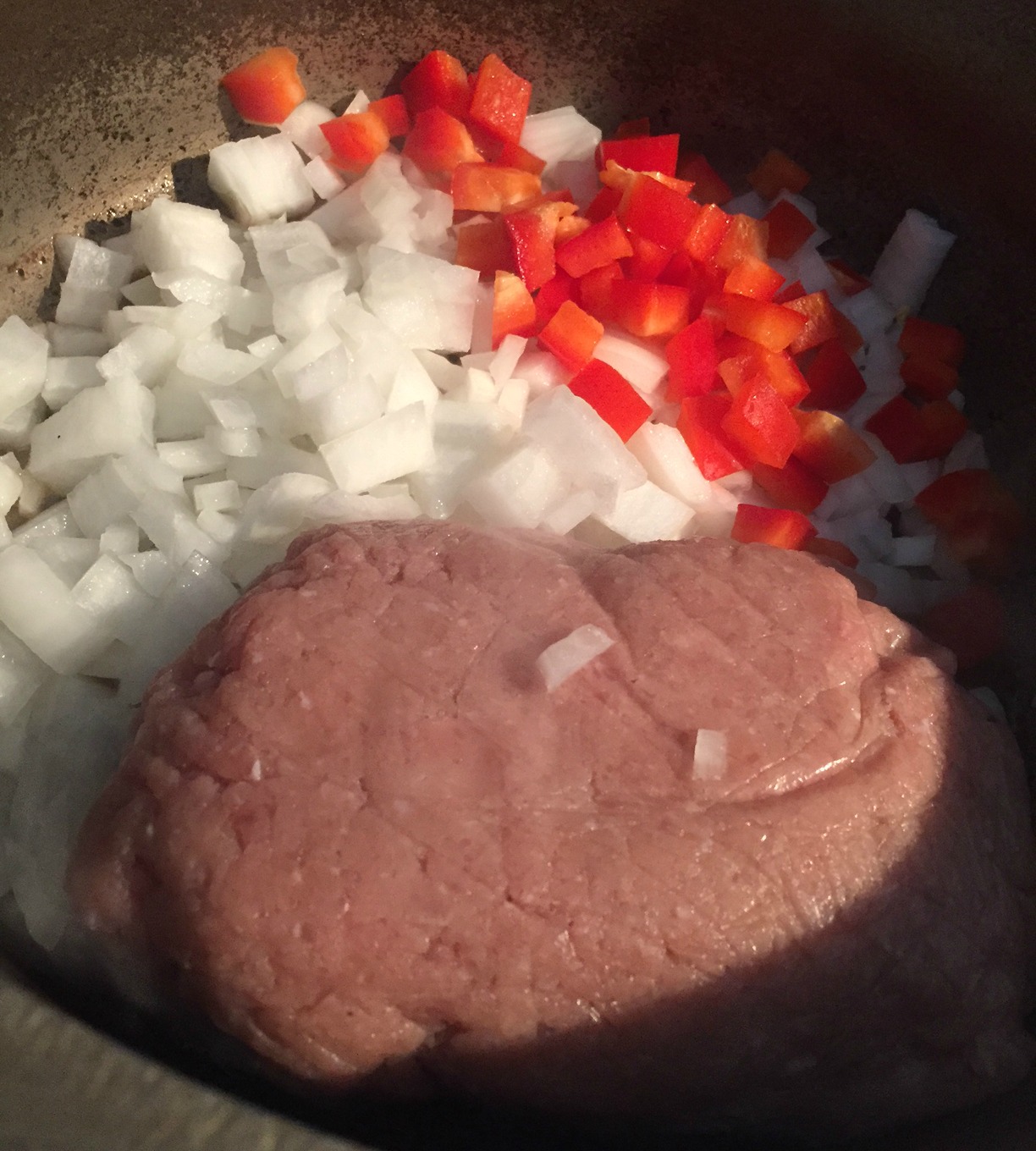 I started with ground turkey – so much healthier and you can’t even tell the difference in a dish like this. I also used veggies from my Green Bean Delivery bin! (Don’t forget to sign up with my special code and get 15% off your first three orders!) 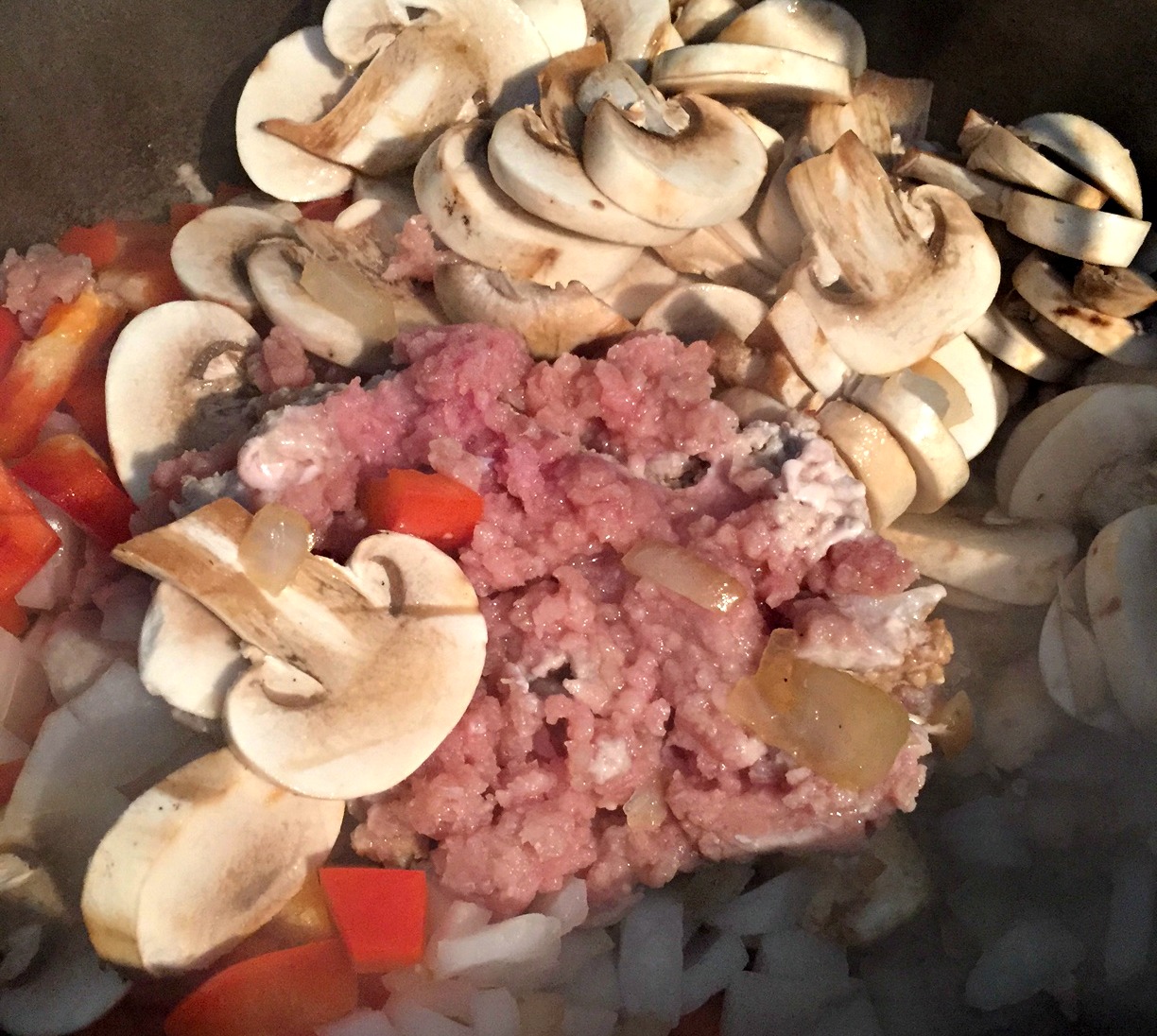 Cook up the veggies & ground turkey for a couple minutes and then add the mushrooms. This is definitely one of those “clean out the fridge” recipes – if you don’t have mushrooms – you’re fine – if you have a green pepper – throw it in, have some carrots – throw them in – heck throw in some spinach! As long as you’ve got tomatoes, meat, pasta – the rest is improv. 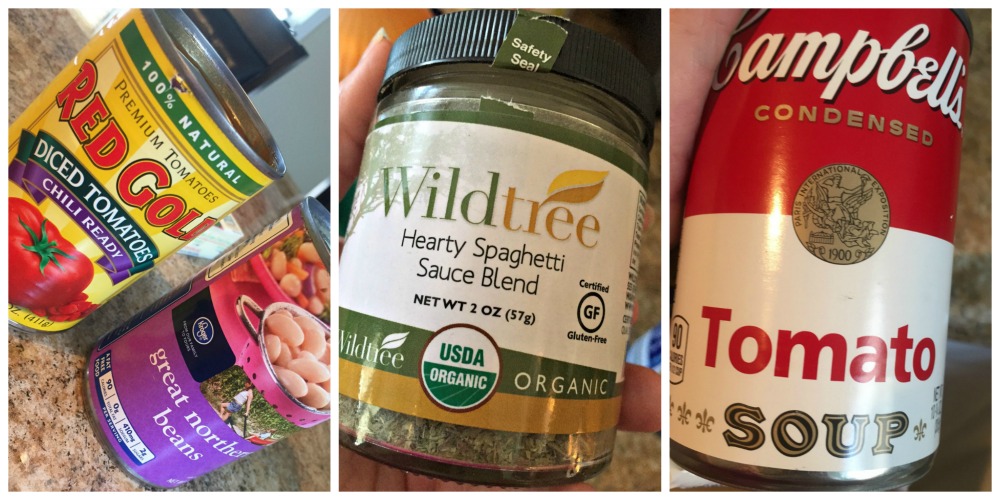 I have been not buying canned goods because I was trying to use up what I had – well this is what happens. You go to make goulash and then realize you’re missing something. Usually I use V-8, kidney beans, tomatoes and tomato sauce – but I was missing some of that – so I took what I had and made it work.

What did I go with? Well I had one can of diced tomatoes – CHECK – but um – I was missing the rest – so improv time – what’s in the cupboard? Well northern beans – sounds good! I was missing tomato sauce and V-8 – but I had tomato soup – hell that’s close enough! Combine that with my Wildtree Spaghetti Sauce blend and we’re good to go! 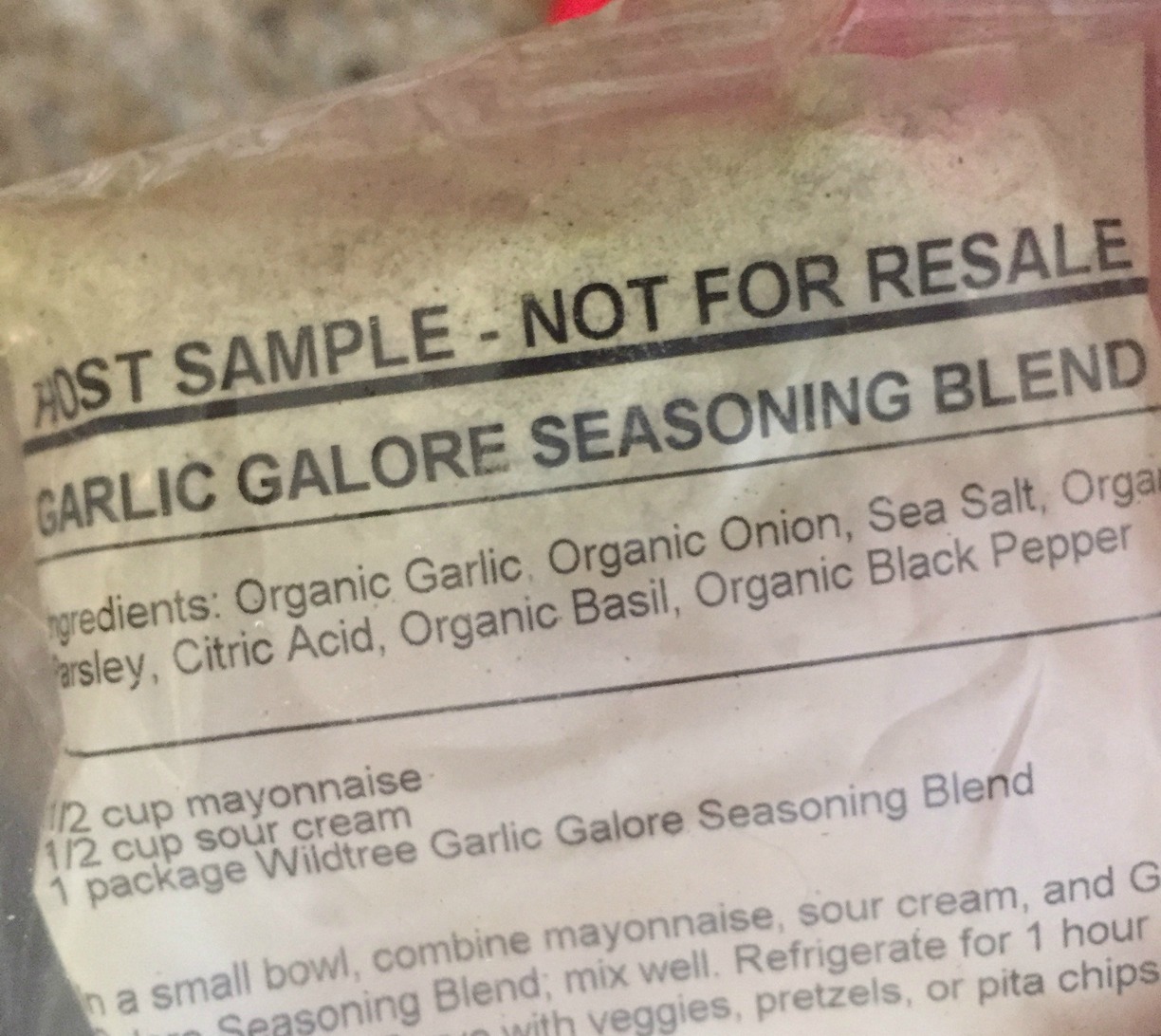 After a quick taste – it still needed something and I remembered I had a sample packet of Garlic Galore from Wildtree – I opened that and it smelled heavenly – I pitched some of that in as well. Normally I would add salt & pepper but they were both in this so I let that do the work. 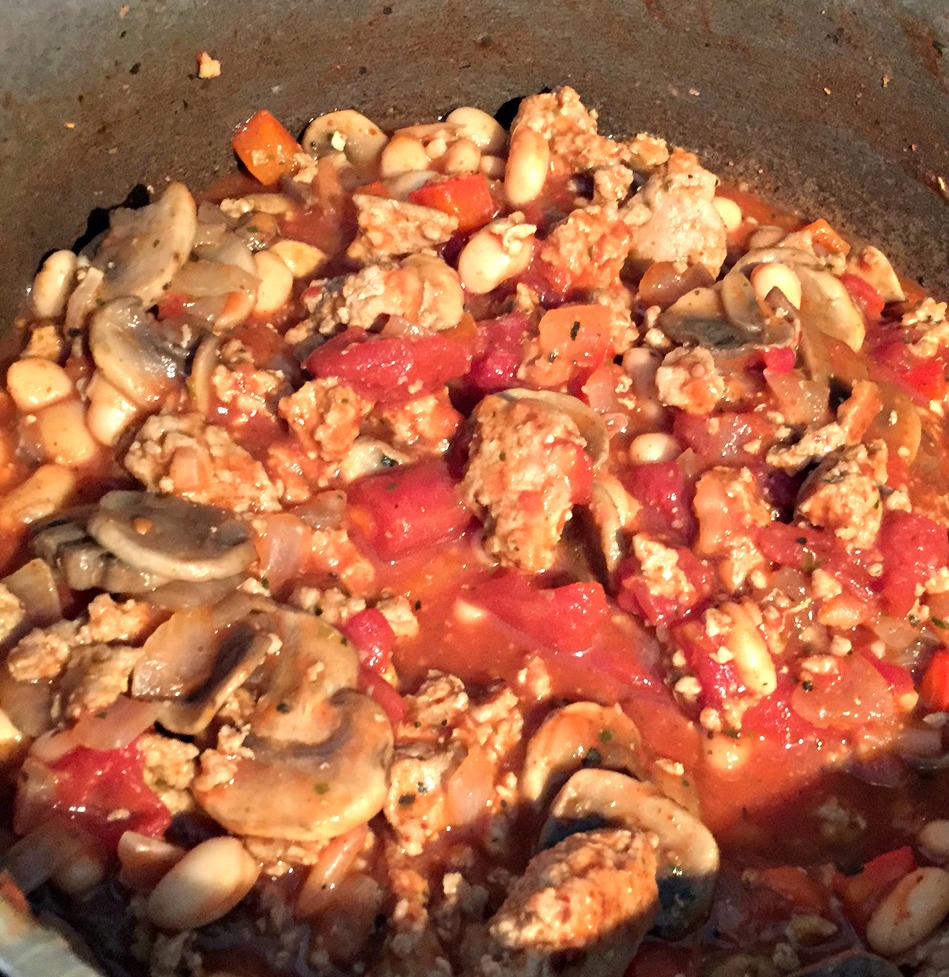 Add it all together and stir it up- then let it simmer for a bit. Taste and see what you think – add a little more of whatever you like. For me it was great! Adding the seasoning really jazzed up the tomato soup. If you like it a little “soupier” – feel free to throw in a half can of water as well. If you’re re-heating – toss in some V-8 or tomato juice and you’re golden.