I had previously made Crock Pot Ham & Beans and while good – they were awfully salty. I was looking for another recipe that might be simpler and less salty. 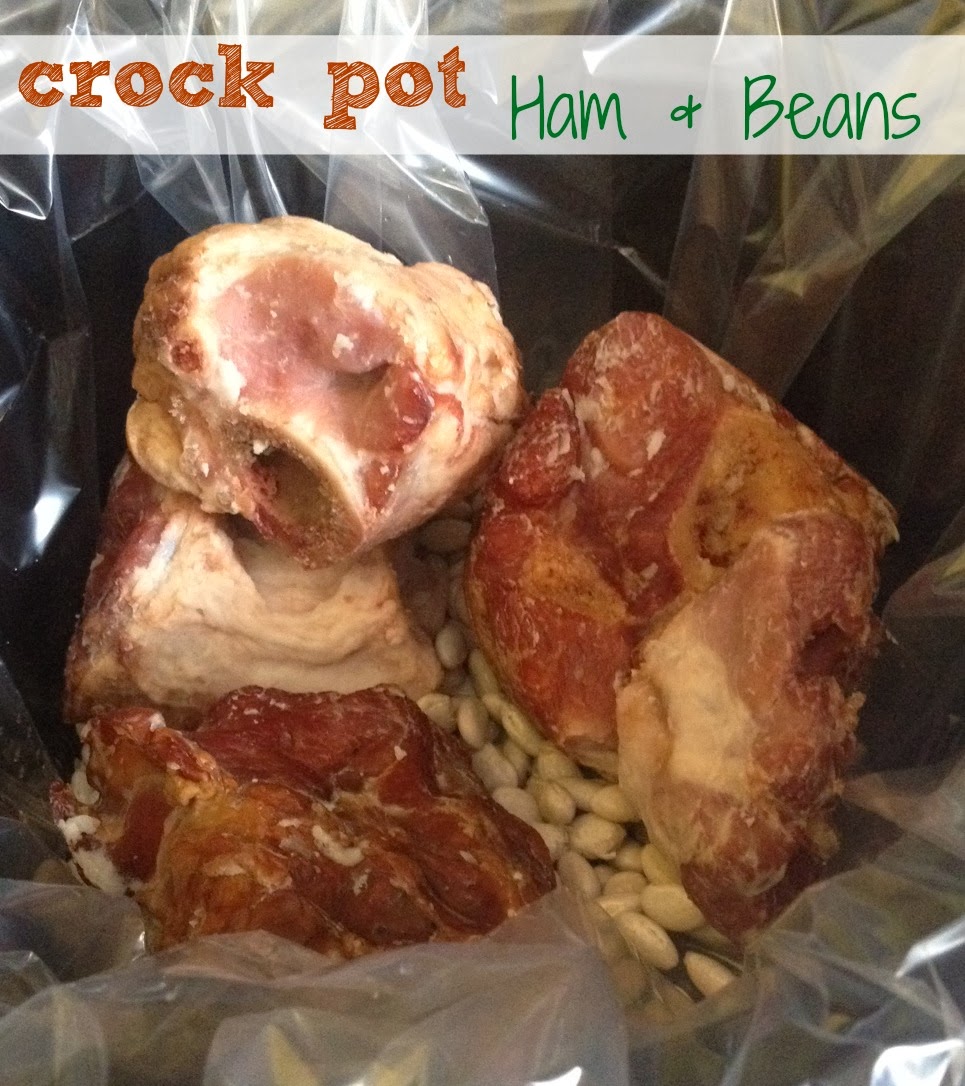 I came across a recipe with four ingredients – I’M DOWN! Beans, ham hocks, water and onion powder – that’s it. The beans just needed to be rinsed and in they went.

I had previously looked for ham hocks and hadn’t found them – but this time – there were a ton of them at Kroger and they were SO CHEAP. It was less than $2 for these 3 large ham hocks (vs. a small country butt ham that costs $10). 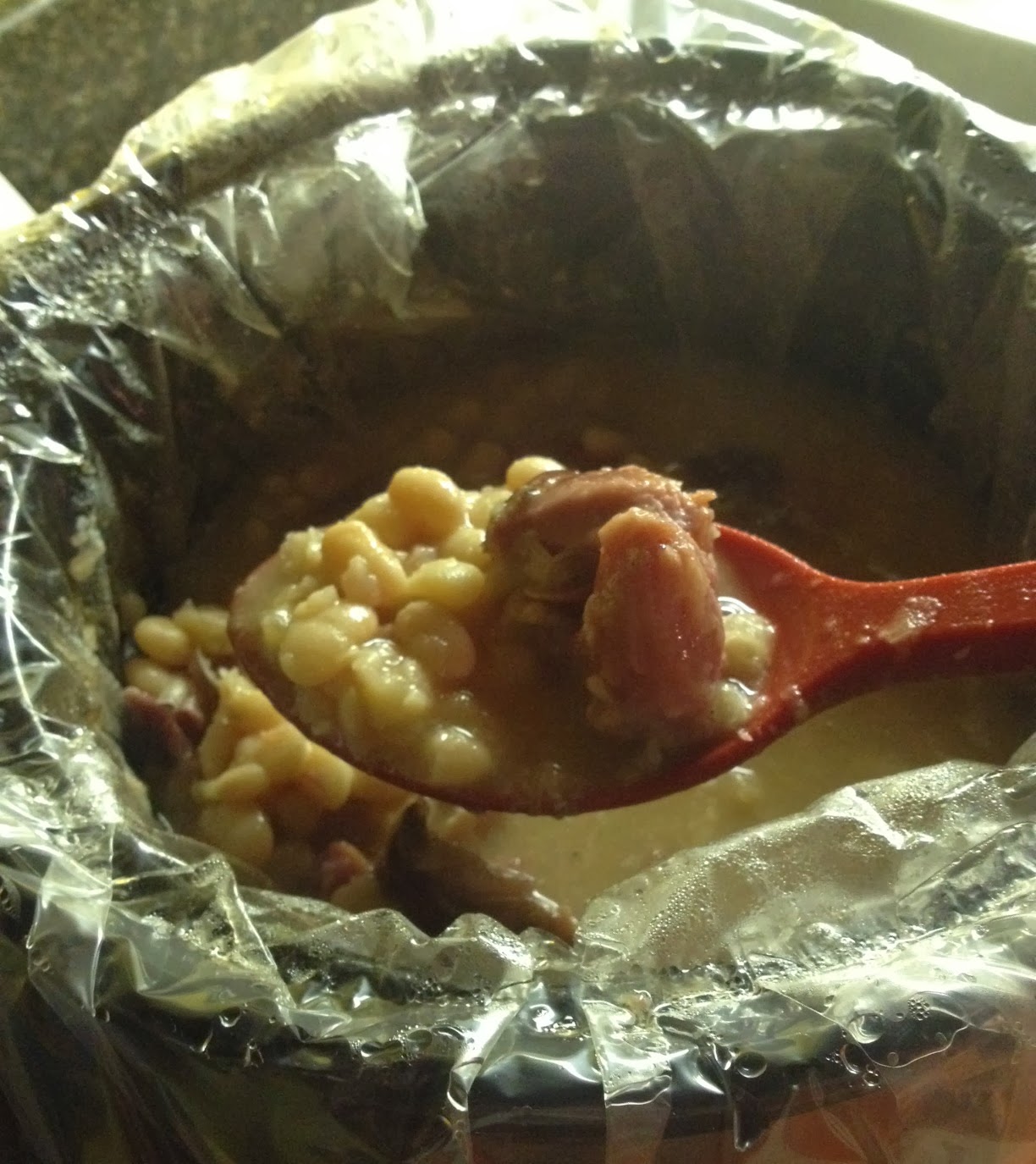 After a day of cooking – it was ready to go. I fished out the ham hock bones and then broke up the chunks of ham and dinner was done! 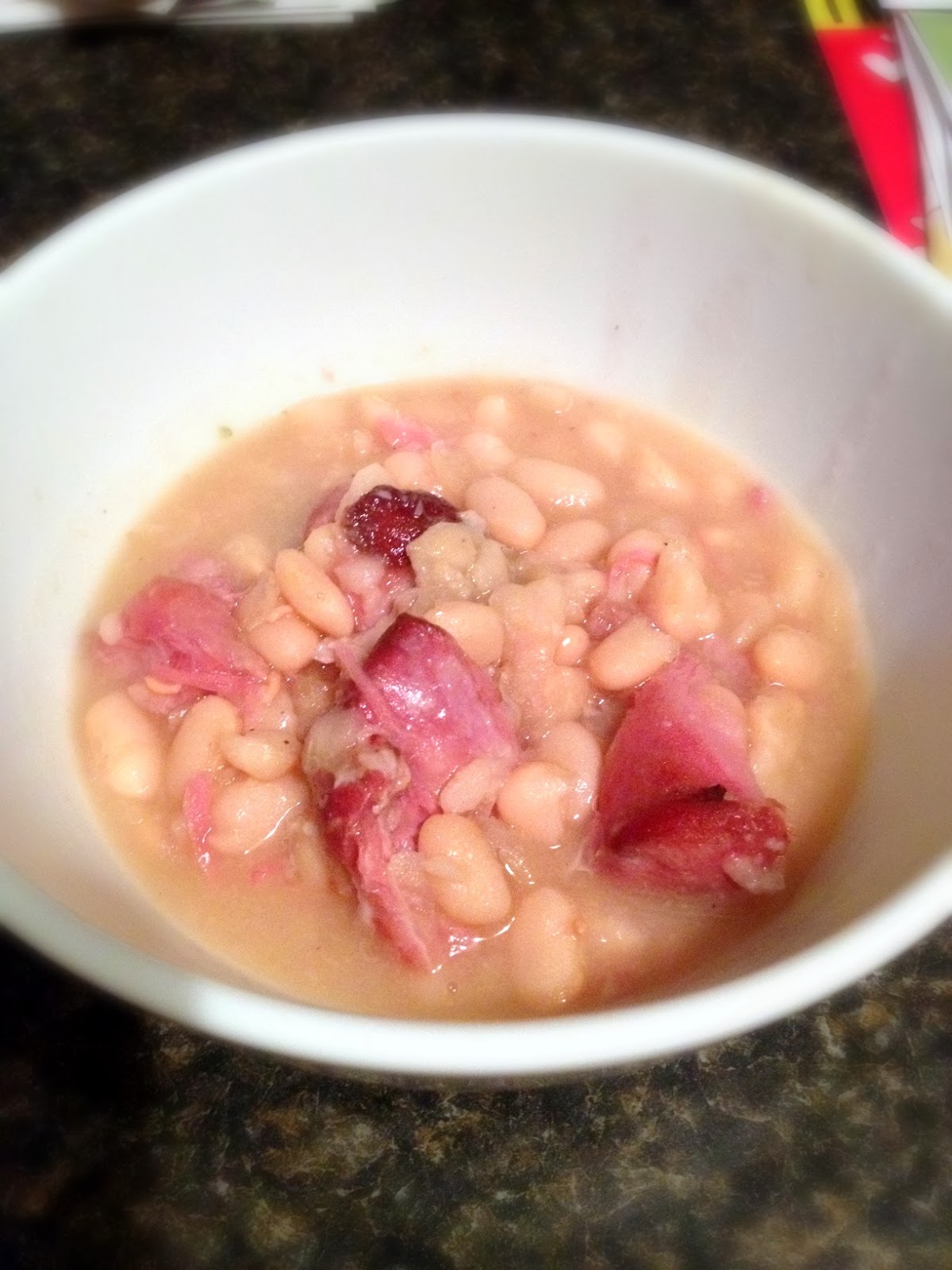 This was definitely less salty – I think using water took care of that. The flavor was still good because of the ham hocks. I did add a little salt when I ate mine – but on it’s own – this recipe was easier and better!