This post is sponsored by Paddington 2. All opinions are my own. 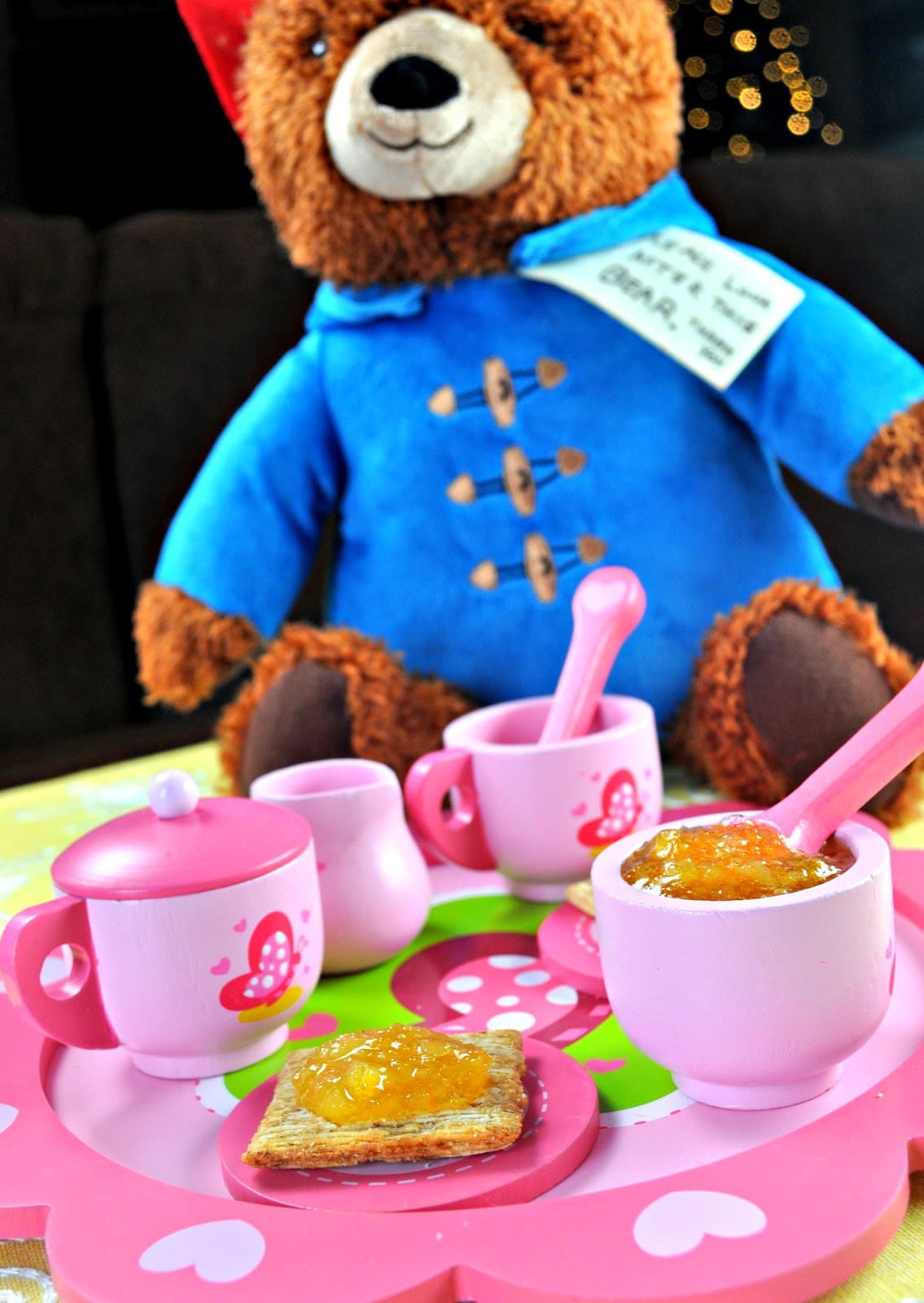 There are definitely some books that I really remember from childhood and Paddington Bear is one of them. I loved all the adventures he went on and was always asking my Grandma to get orange marmalade because Paddington loved it! I mean – who wouldn’t love a cute little guy like him?! 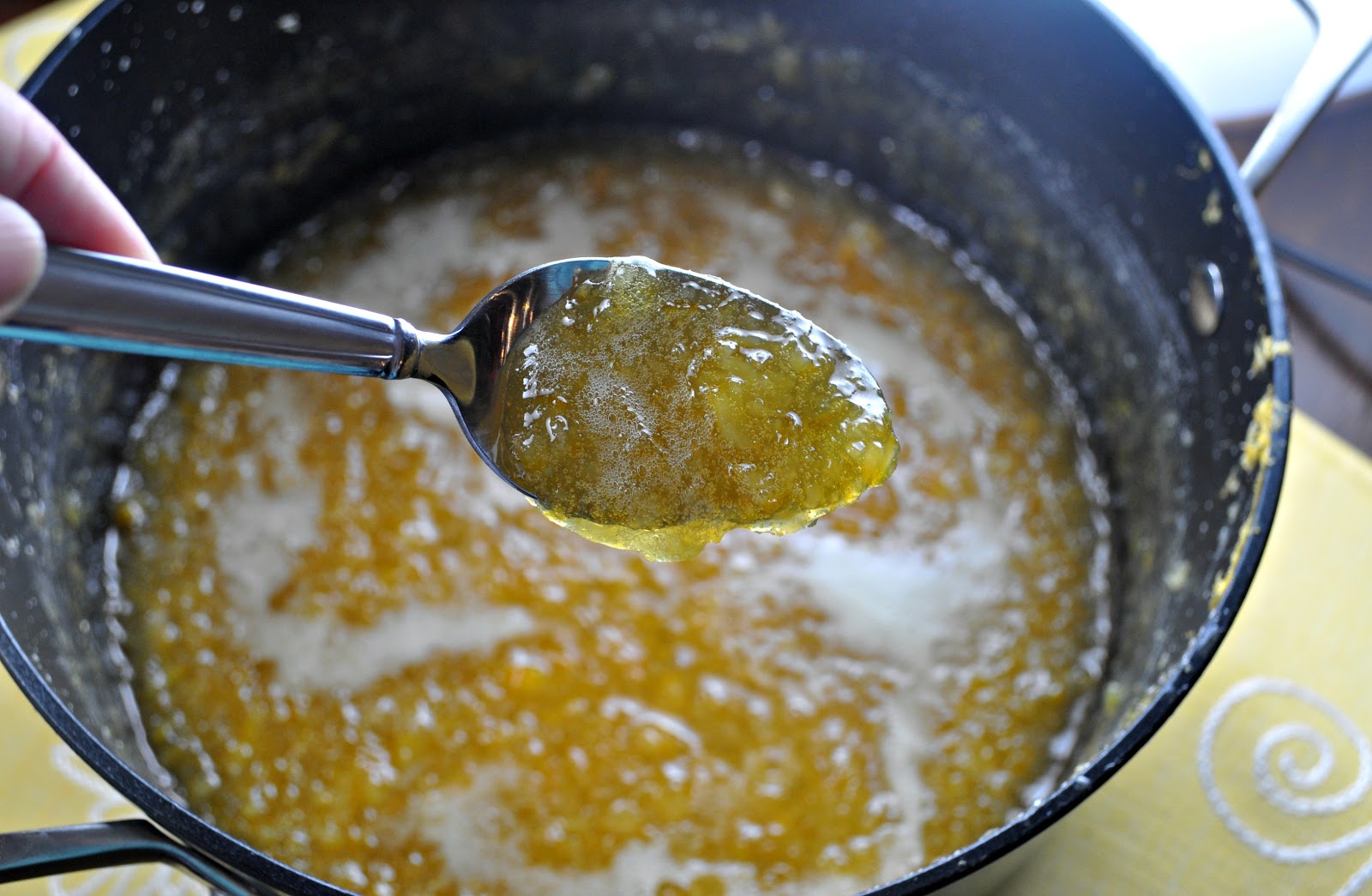 Now that I’m all grown up – I can make my own marmalade. And since Paddington 2 is coming out January 12 in theaters, they sent me Paddington’s recipe to try! It’s definitely a labor of love this one – but the outcome was thick and delicious! 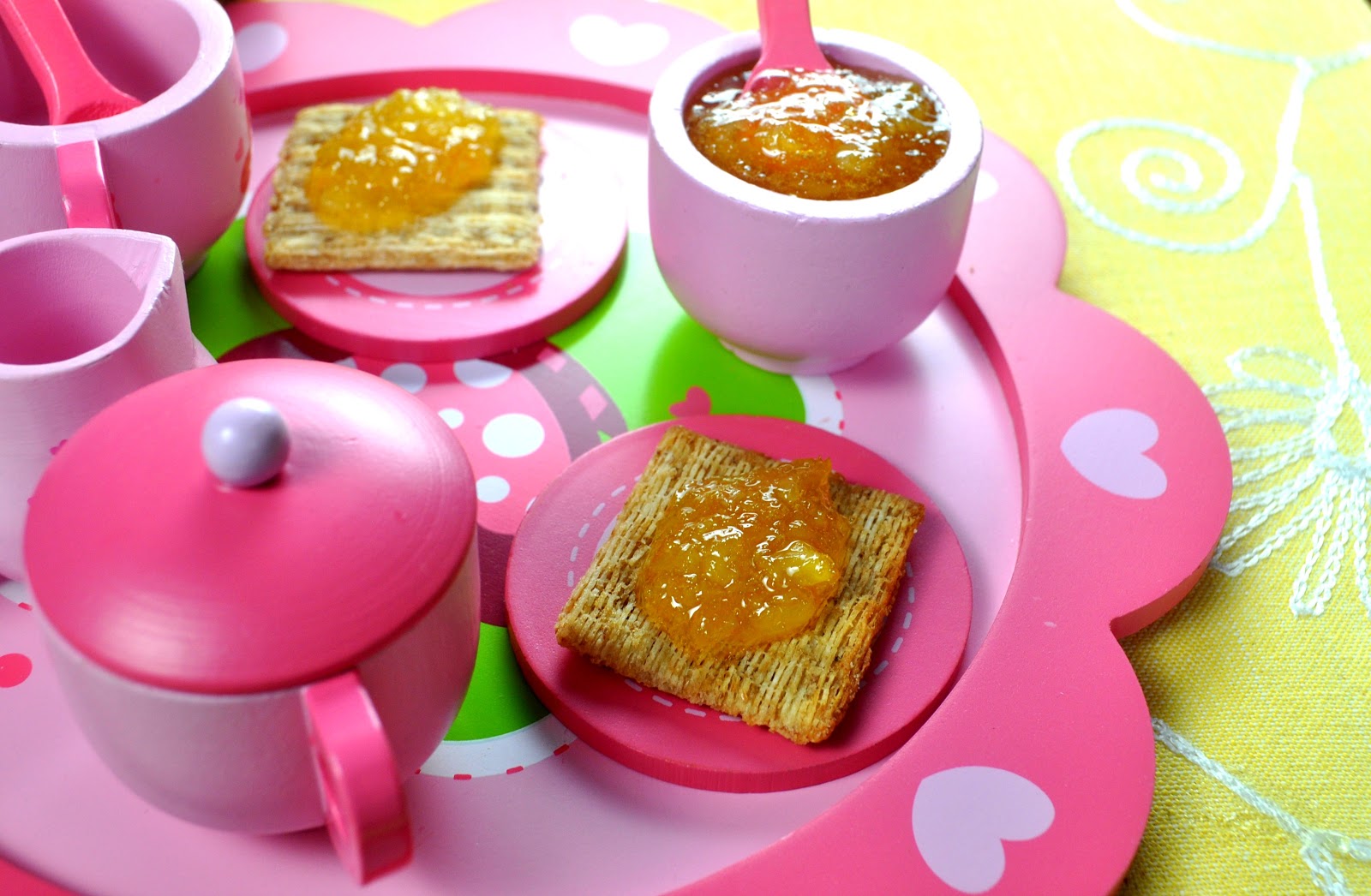 We even decided to have a little tea party to celebrate! Luckily it wasn’t just me and my dogs – I was at a friend’s house and she has a couple of kids who played along with us. 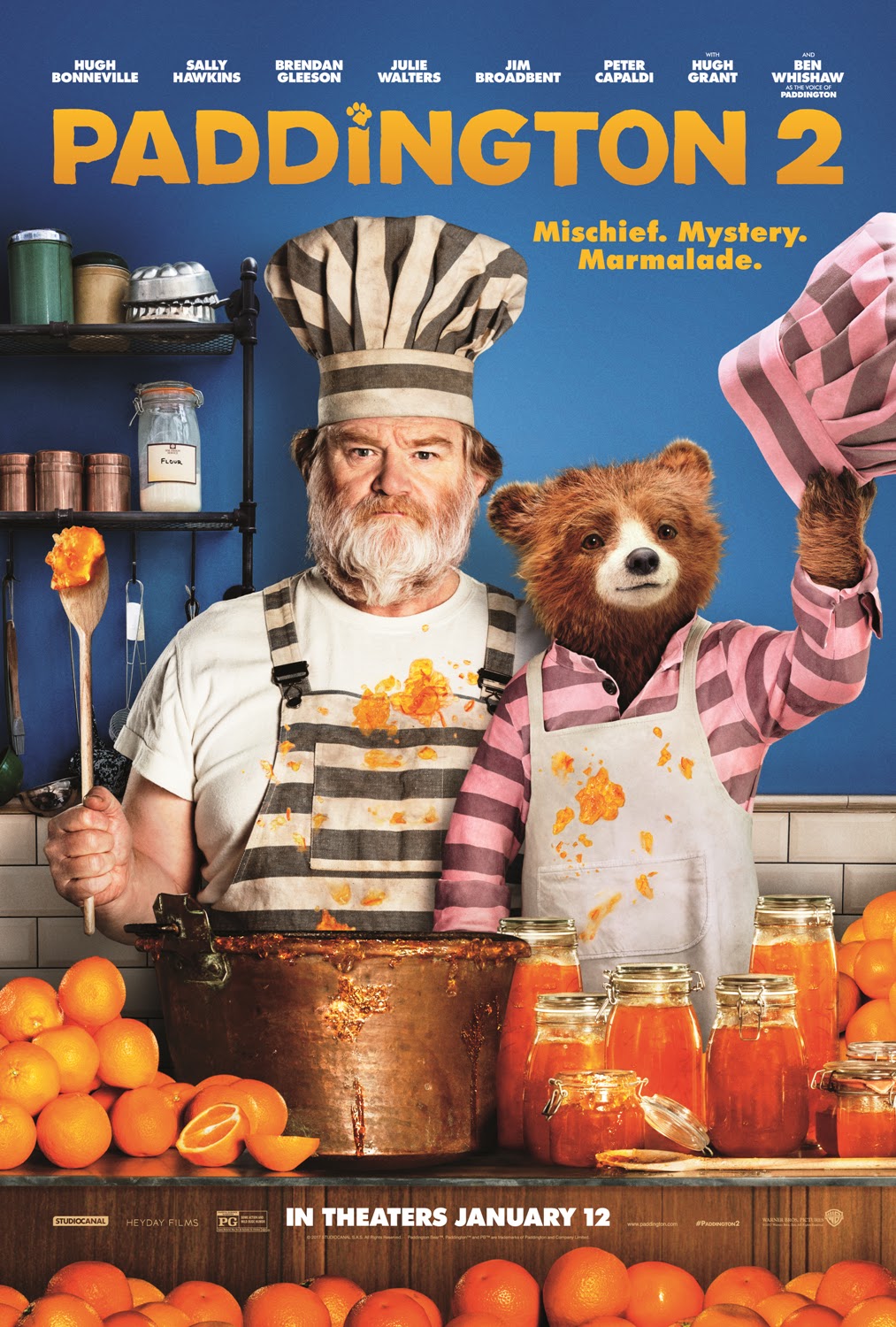 Paddington 2 is having an advance screening Wednesday, January 10
at Xscape Northgate at 7pm (the theater with the recliners!)

To RSVP for a family 4-pack of passes, go to http://bit.ly/foodhussymarm 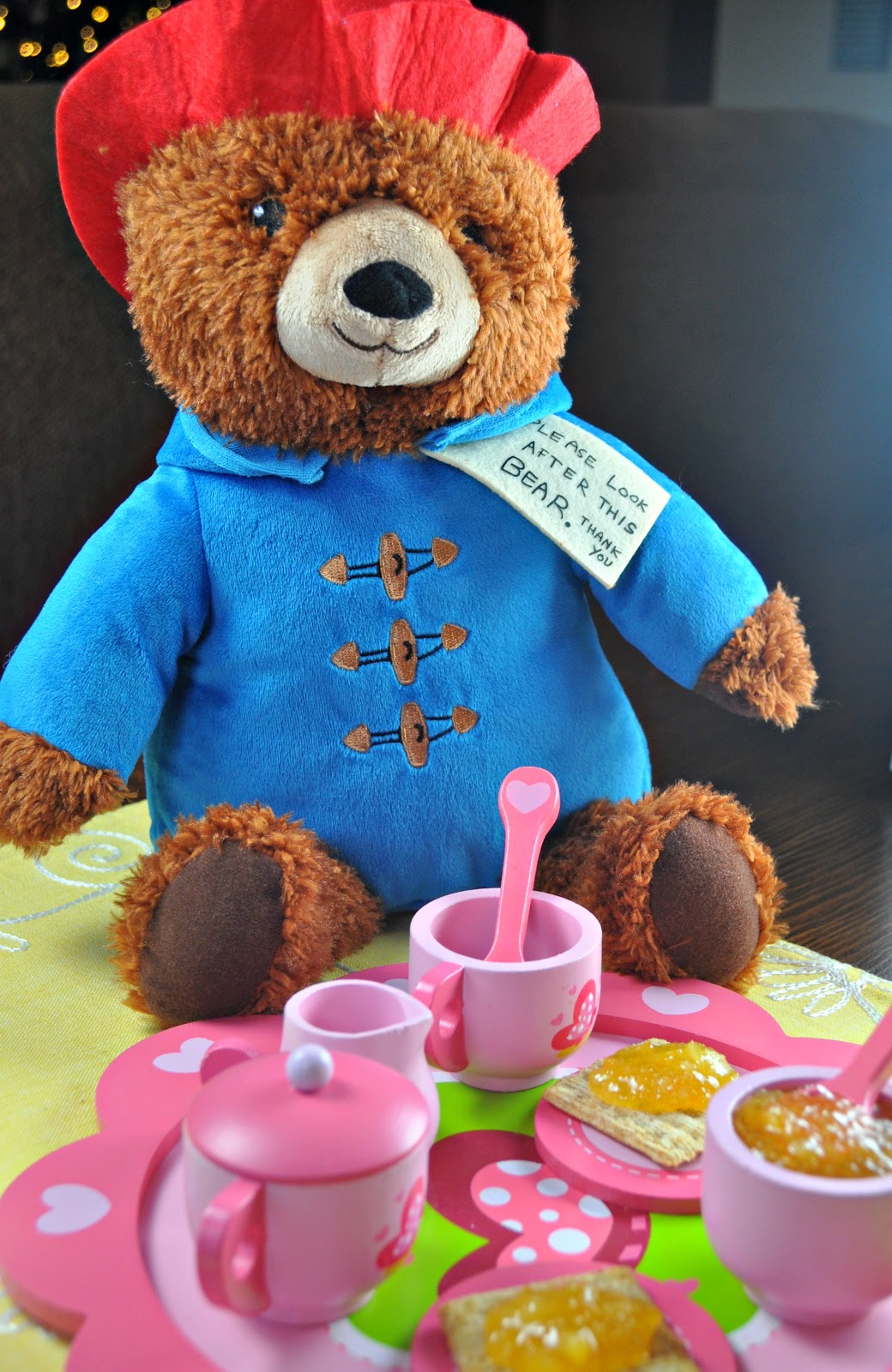 Paddington
(and Aunt Lucy’s) Marmalade
Tip: Please
be aware that this recipe has been handed down to Paddington from his Aunt
Lucy. Quantities and techniques may vary from the jungles of Peru so please
adapt to your taste and own kitchen utensils.
Ingredients:
·
12 ripe from the tree Seville oranges (Mrs Bird says this is normally about 1kilogram)
·
Preserving sugar (Mrs Bird says this is better than jam sugar
for marmalade and should be twice the weight of the oranges. Mrs Bird and I
balance the scales and then do it again to get the right weight.)
·
1 lemon per 12 (1kg) oranges
·
One large bucket of water
(approx. 2.5 litres)
Things to make it with:
·       A heavy bottomed
maslin pan – this helps spread the heat for an even boil. Mrs Birds’ has a volume
measure on the side, and a lip and handle so it makes pouring easier.
·       Muslin bags
·
Lots of clean recycled jam jars
(Mrs Bird gets cross with me when I offer
to clean them with my tongue – she recommends you sterilise them in the oven.)
Steps to make the perfect Paddington marmalade:
Wash the oranges and lemon
Cut them in half and squeeze out all the
juice  (if your paws aren’t big enough then use an electric squeezer like Mrs
Bird does.)
Add the juice to the water and collect all
the spare pith and pips in your muslin bag
It’s
all hands and paws at the ready for this bit!
Take the orange halves and scrap out any
remaining pulp, pith and pips and add them to the muslin bag and tie tightly. (Mr Brown particularly likes this bit.)
TIP: you’re trying to get a clean skin / peel so the
more pulp you get out the easier and cleaner the finished marmalade chunks will
be.
Suspend the muslin bag over the pan with
some rope, or Mrs Bird suggests a hook.
Slice the peel to the Paddington standard
(thick chunks).
Add the peel to the juice / water
Put the pan onto the heat and simmer,
without a lid, for two hours to soften the peel.
TIP: Whilst waiting for the peel to cook it’s a good
time to put two or three plates in the freezer to use later. Aunt Lucy used to
use a small flat rock in the shade to test the marmalade but Mrs Bird says
freezers are quicker to get the plates (or rocks!) cool.
Take the pith and pip muslin bag off and
set aside to cool. Once it’s cool squeeze any remaining juice from the muslin
bag back into the pan with the juice, water and peel.
Put the pan back on the heat and stirring
all the time slowly pour in your sugar until it’s all dissolved.
Start your timer when the liquid is at a rolling boil.  (Paddington
is normally put on watch for this bit. He has a keen eye for detail. He says
his whiskers start to stand on end!)
The marmalade will be ready about 20
minutes later but Mrs Bird likes to start testing a little before (just in
case!)
Testing: Take a teaspoon full of marmalade
and tip it onto one of your plates from the freezer.
The Uncle Pastuso (wrinkle) test: if the top wrinkles when moved across the plate with your paw then the
marmalade is ready.
Take the pan away from the heat, leave to
rest for 20 minutes and fill your jars.
Please
ensure the marmalade is thoroughly cooled before any sandwiches are made.