Lately – I’ve been dying for cake. Everytime I go to the store – I think about getting cupcakes and then I get a conscience and say “Oh Heather, you don’t NEED a cupcake.” Then I go home and WANT A CUPCAKE!!!
So I finally caved and tried the whole “cake in a mug in the microwave” thing. I’ve heard of it a million times – but just didn’t think it would work. I came across this video from Instructables that had a great set of instructions. 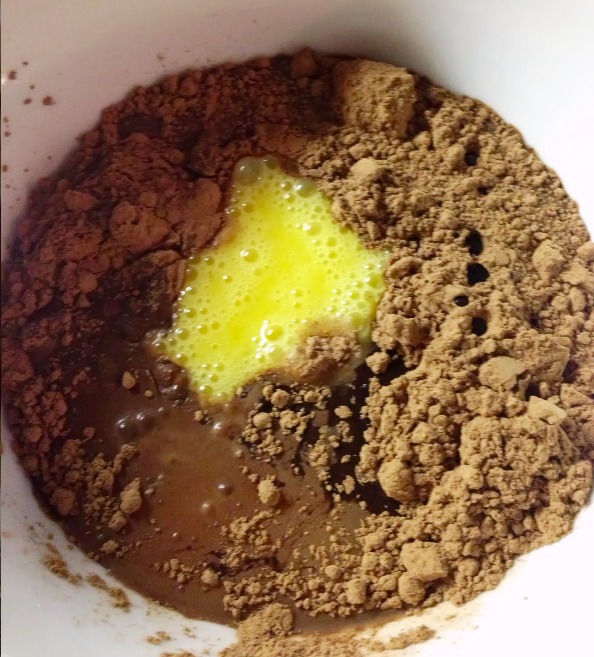 Basically you take flour, sugar, cocoa, milk, oil, egg and vanilla and mix them together (recipe at the end). The video specifically said using a large mug – I don’t really have a large mug so I just went with a cereal bowl. It’s not as pretty coming out of a bowl – but I just wanted some damn cake! 🙂 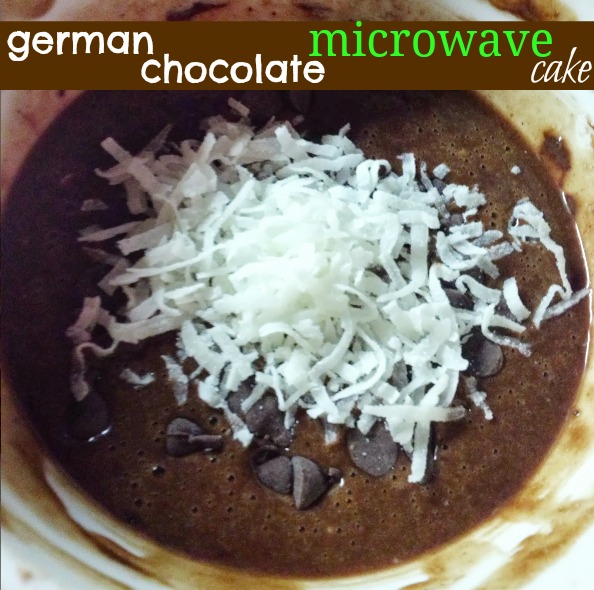 I decided to customize my cake! The video mentions adding chocolate chips – I took it one step further and threw in some coconut! I love coconut!! I was a bit worried this wouldn’t taste good without frosting so I figured I would throw some extras in to make up for it. 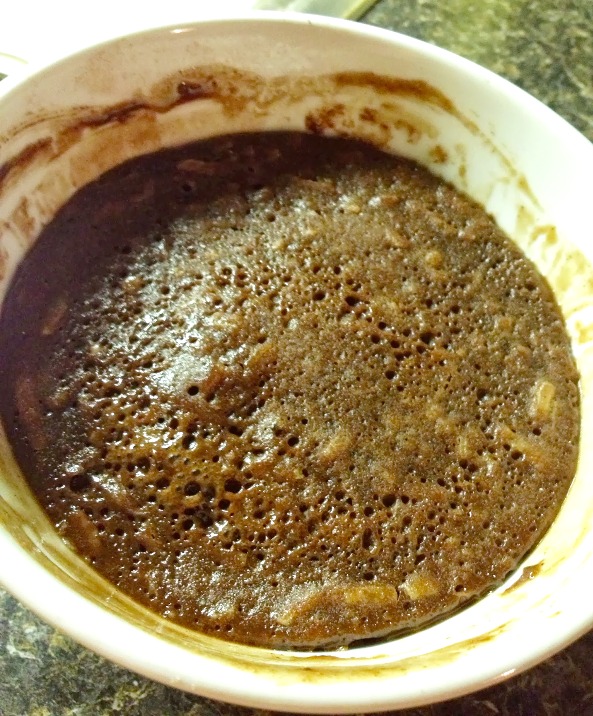 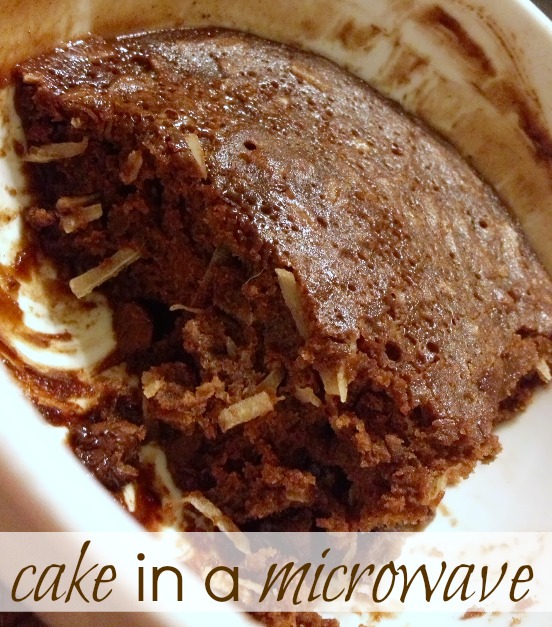 Here’s a peek inside the cake. I called it German Chocolate because it was really a lighter chocolate. It could be the brand of cocoa too – I had Nestle Toll House cocoa. It’s very light and fluffy – I liked it!
I will definitely make this cake again. That said – I bought some frosting today at the store. It lasts forever in the fridge – I don’t think it needs a lot – but a little will be nice. I loved the addition of the coconut in the cake. I did not like the chocolate chips in the cake – it might be the chips I had but they were too dark and rich. I also think this made a LOT of cake – I will cut it in half when I make it again – when I’m craving cake – a few bites will take care of the craving.
So here’s the whole recipe (from the Instructables) with the 1/2 amounts in parenthesis:
Microwave Cake for 1
Mix all the ingredients together in cup/bowl and microwave for 1 minute & 30 seconds. When I make it again with 1/2 – I’ll probably only microwave for 1 minute.
Let me know how you customize this!