The great folks at Klosterman Bakery have sent me some coupons for free bread on multiple occasions – some of which I’ve shared with my Food Hussy peeps! Now they’re expanding and sending me recipes! It’s just a taste of the other things you can do with Klosterman products besides making sandwiches.

This month’s recipe is for a Red Cherry Crisp – let’s see how I did! (recipe at bottom) 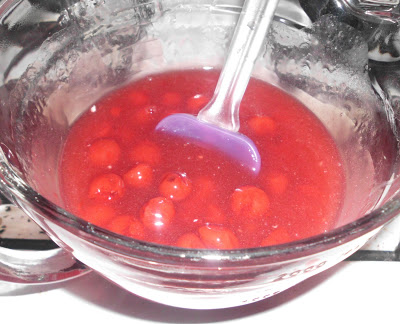 First I mixed up the cherry mixture. Because we’re not a big dessert house – I halved the recipe and took it to my study group potluck. This is cherry pie filling, water, sugar, lemon juice, salt & a little butter. 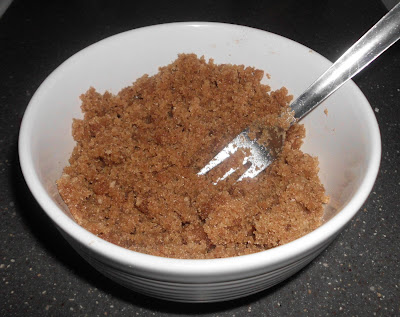 Next I whipped up the “crisp” topping with bread crumbs, brown sugar, white sugar, flour, cinnamon and butter. 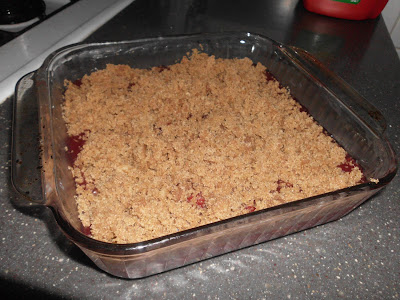 You spread the cherry mixture out and then sprinkle the crisp on top of that and then bake. All sounds good in theory so far – right? 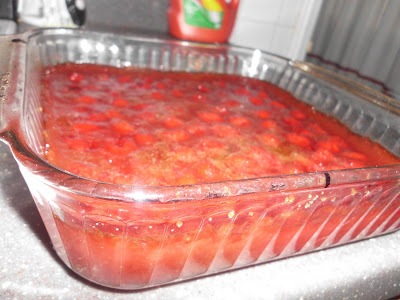 Here it is after baking. Do you notice anything missing? Yeah – the crisp!!!!

I don’t know what happened – maybe when I halved I didn’t use enough bread crumbs – cuz it all melted into the cherry mixture.

But – it was tasty!!!! A can of whipped cream helped make it a big hit at the potluck.

Thanks for the recipe Klosterman – even if I did screw it up somehow!

Place 2/3 cup of slightly warmed pudding (spooned from pan with some crumbs on top) into a dish. Top with one teaspoon sweetened whipped cream. One pan serves 12.