Here’s the first recipe I chose to make – Garlic Balsamic Chops with Herb Roasted Potatoes and Sauteed Green Beans. I’m a big fan of Balsamic Vinegar and am always up for a meal where the whole thing is 400 calories! 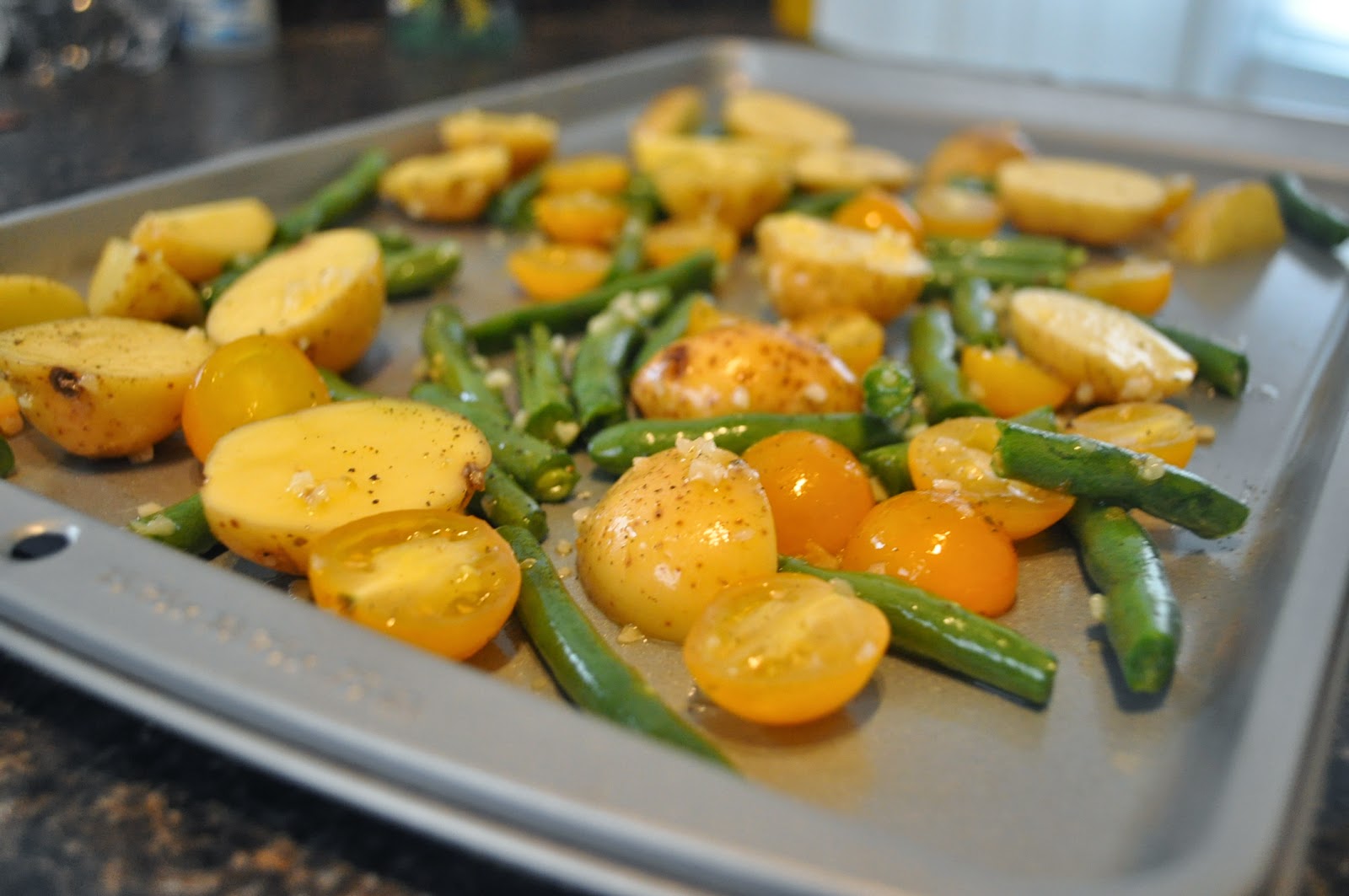 The vegetables & potatoes were really simple to prepare – once they’re all in bite size pieces – you toss them with olive oil & seasonings and throw them on a pan – boom – ready for the oven!

The recipe called for sauteeing the green beans separately but I decided to just put them all together. I also had some heirloom grape tomatoes that needed to be used up. 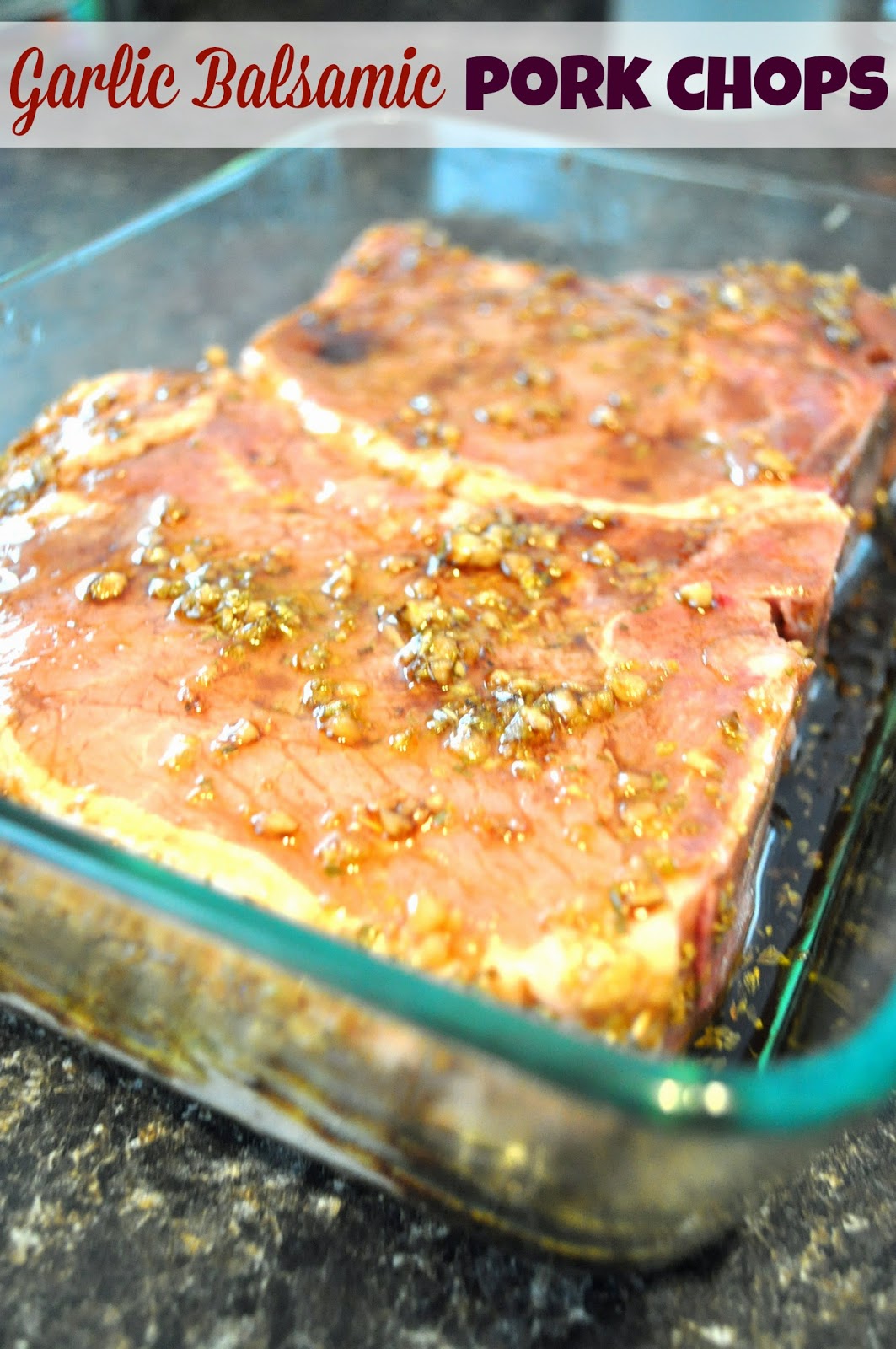 For the pork chops – combine garlic, oregano, balsami vinegar, olive oil, salt & pepper and rub the pork chops with it. Then marinate for up to 12 hours. 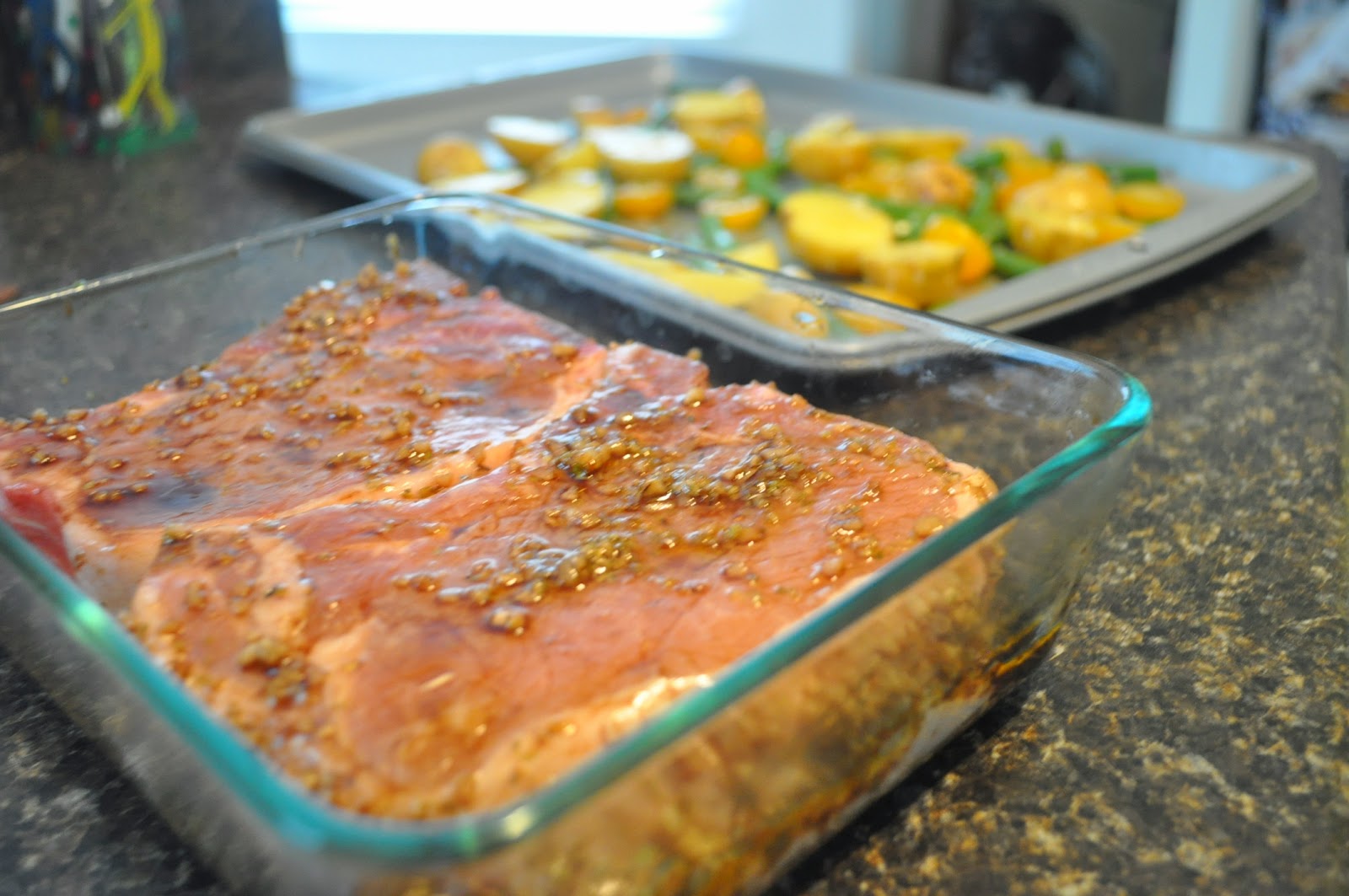 I think the 400 calorie meal wasn’t figuring in thick chops – but that’s what I found at the store in a two-pack – so I was fine with that. It was definitely mouth-watering putting this recipe together. 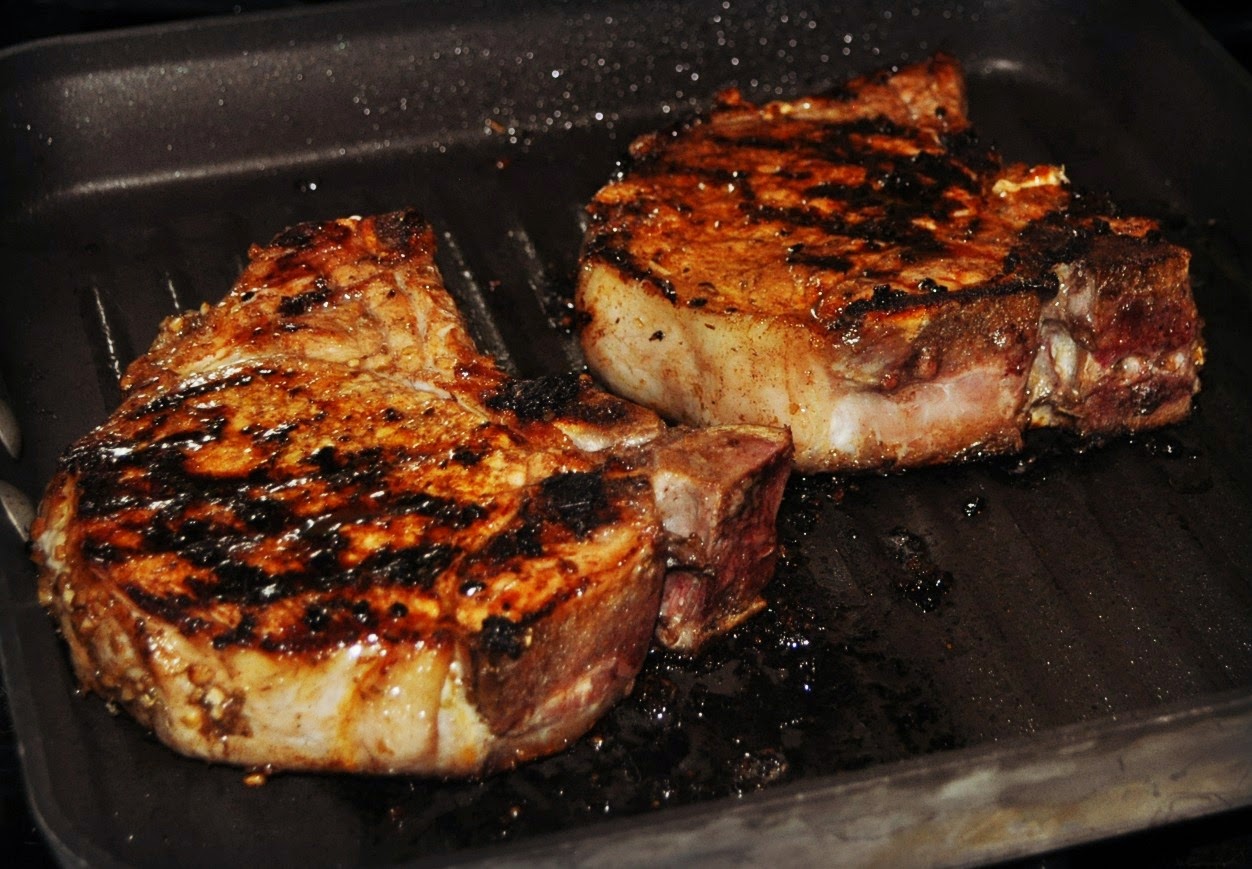 I grilled these chops inside on the grill pan (it was raining). They were really delicious as were the vegetables. I would definitely make this recipe again!
Previous Post: « Restaurant Review: Lake Nina
Next Post: DIY: Spring Birds »