Thanks to Pinterest – my recipe box is FULL! A couple weeks ago I found this Sopapilla Cheesecake and decided it was going in the box to try. 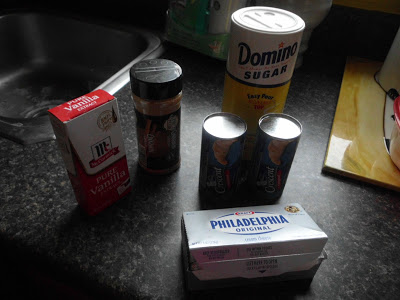 It’s not too often that I spontaneously have all the ingredients for something on hand – but yeah! Crescent rolls, cream cheese, sugar, cinnamon and vanilla – how many of you have all of those ingredients in your cupboards right now? 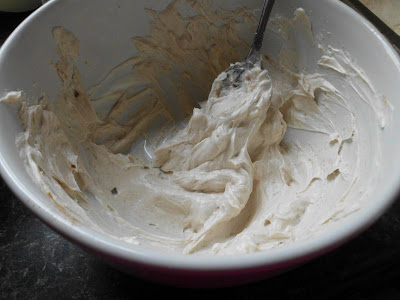 First you mix up softened cream cheese, sugar and vanilla – I also threw some cinnamon in this portion as well. My cream cheese wasn’t softened and I put it on “defrost” in the microwave and it softened perfectly without melting. 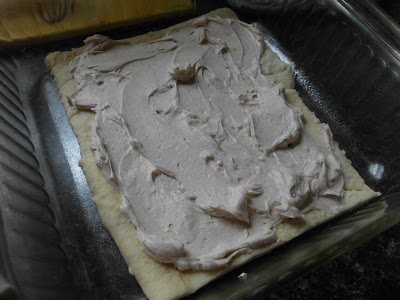 You put half the crescent rolls on the bottom – spread the cream cheese mix on top – then the other layer of crescent rolls. I was winging it a bit since I was in a hurry and making half the recipe.  I made this in a square dish but the original recipe is meant for 9×13. 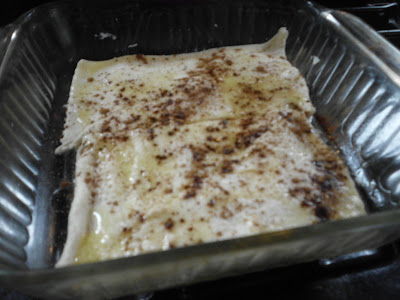 Top with melted butter, cinnamon & sugar – then pop it in the oven! 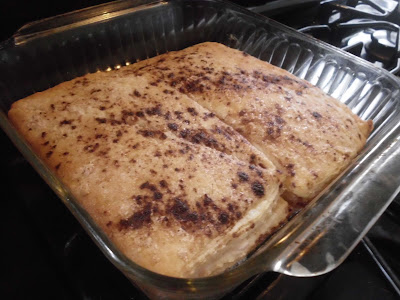 Here’s a shot out of the oven…it puffed up nicely. 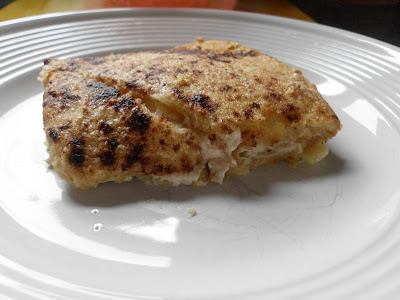 And here’s a slice of the yumminess! We both liked it a lot and it’s a quick and easy breakfast/dessert to make that has pretty simple ingredients.

In my “winging” it – I didn’t use enough sugar. I should have taken the extra time to make sure I used the right amounts. It is sort of a recipe you can’t screw up though – or if you like things a little less sweet – use less sugar. It was still really good – just would have been better with more sugar in the cream cheese. I also would mix the cinnamon and sugar for the top and go heavier with the sugar there as well.

Instructions:
Unrolled and spread 1 & 1/2 can crescent rolls on bottom of un-greased pan. Combine softened cream cheese, sugar, and vanilla. Spread mixture over crescent rolls. Unroll and spread remaining crescent rolls over mixture. Spread melted butter over the top and sprinkle with cinnamon and sugar. Bake at 350 degrees for 20-30 minutes.