We have so many local craft breweries that have popped up in Cincinnati – it’s just nuts! Mt Carmel has been around a while, but we also have Rivertown, Rhinegeist, Listermann, MadTree, Blank Slate, Christian Moerlein and Triple Digit. Whew – that’s a lotta beer! But wait – there’s one more – 50 West! 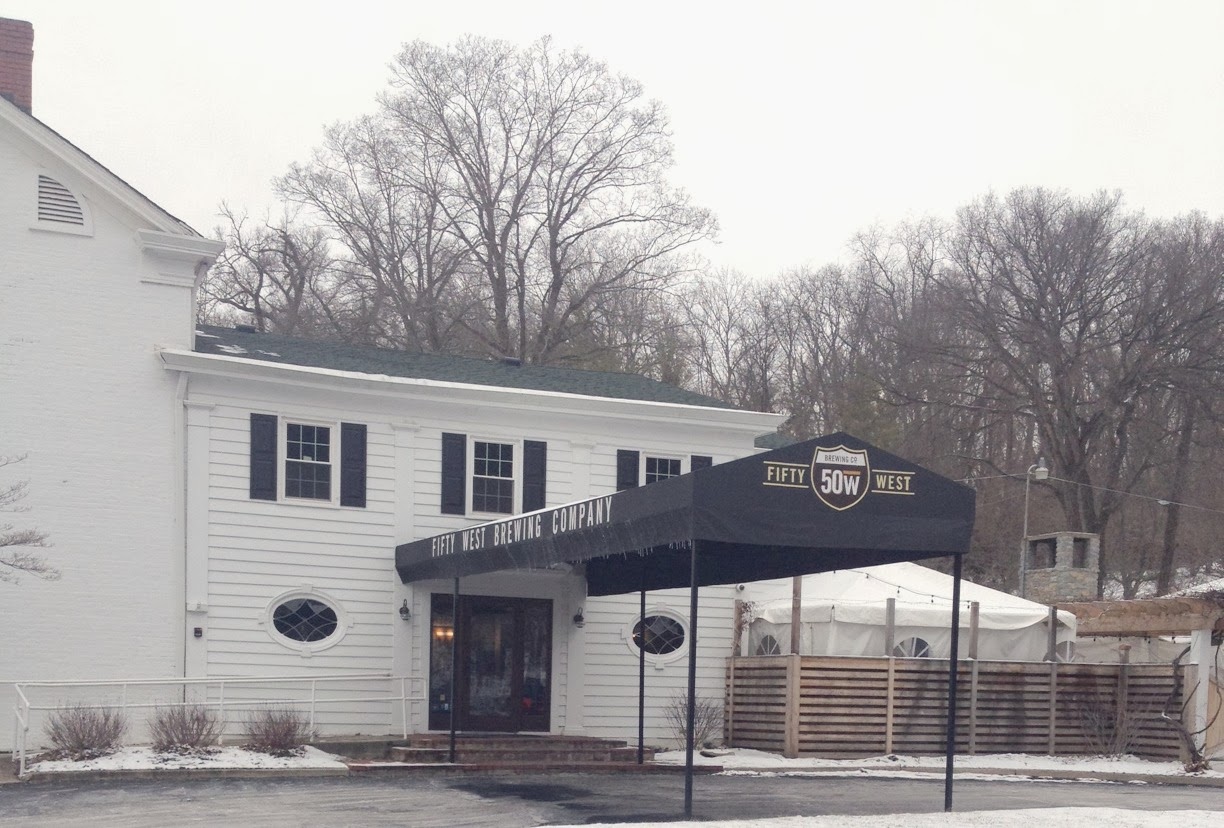 50 West is on Wooster Pike in Cincinnati – very close to Hahana Beach and Pizelli. It’s sort of Mariemont-adjacent. It’s in a big, beautiful old house that sat empty for a while before the Slattery empire decided to jump on the beer bandwagon and convert it to a brewery. (They also own Hahana Beach, Wags Park, Reach Magazine, Slatts Pub and a few other things…) 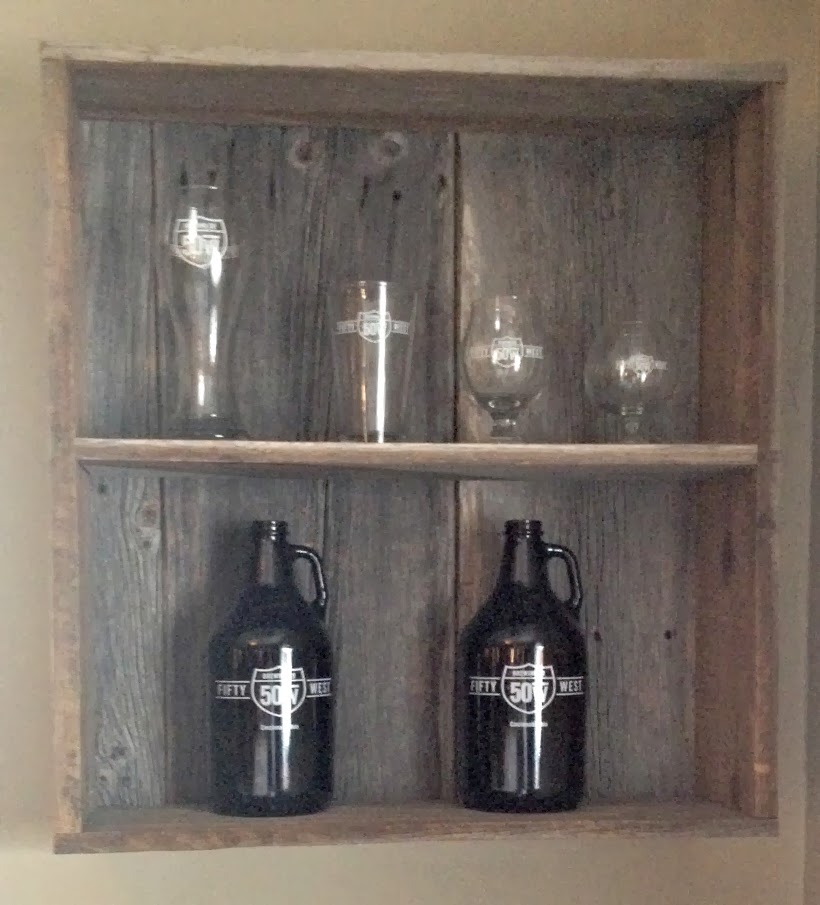 Inside they have a lot of merchandise for sale – growlers, glasses, hats, t-shirts and more… 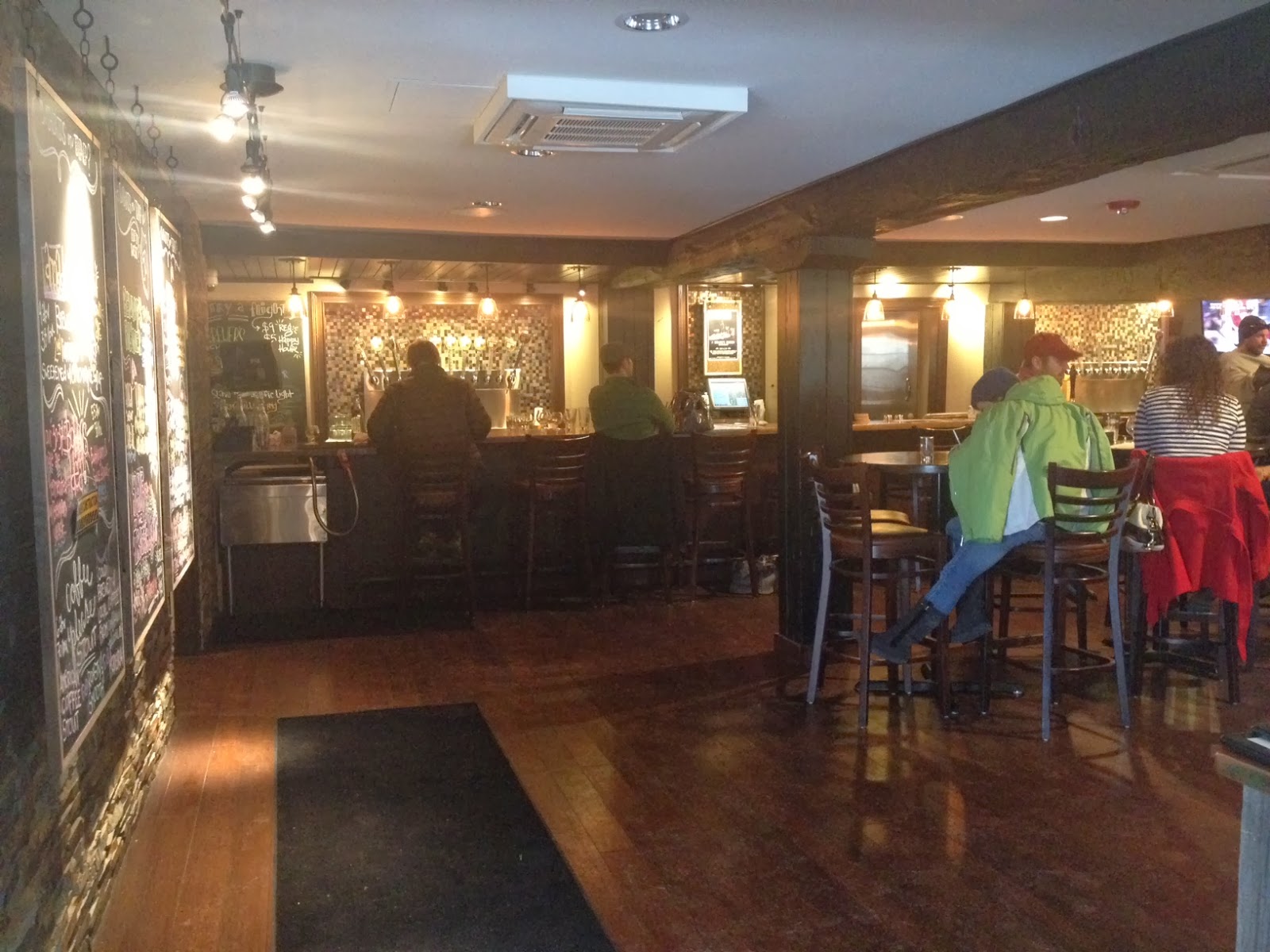 I was surprised when we walked in – I thought it was just a tap room. It’s a tap room and more! They actually serve food now (tapas style). If I’d known that – I wouldn’t have noshed on my Firehouse Subs right before going! 🙂 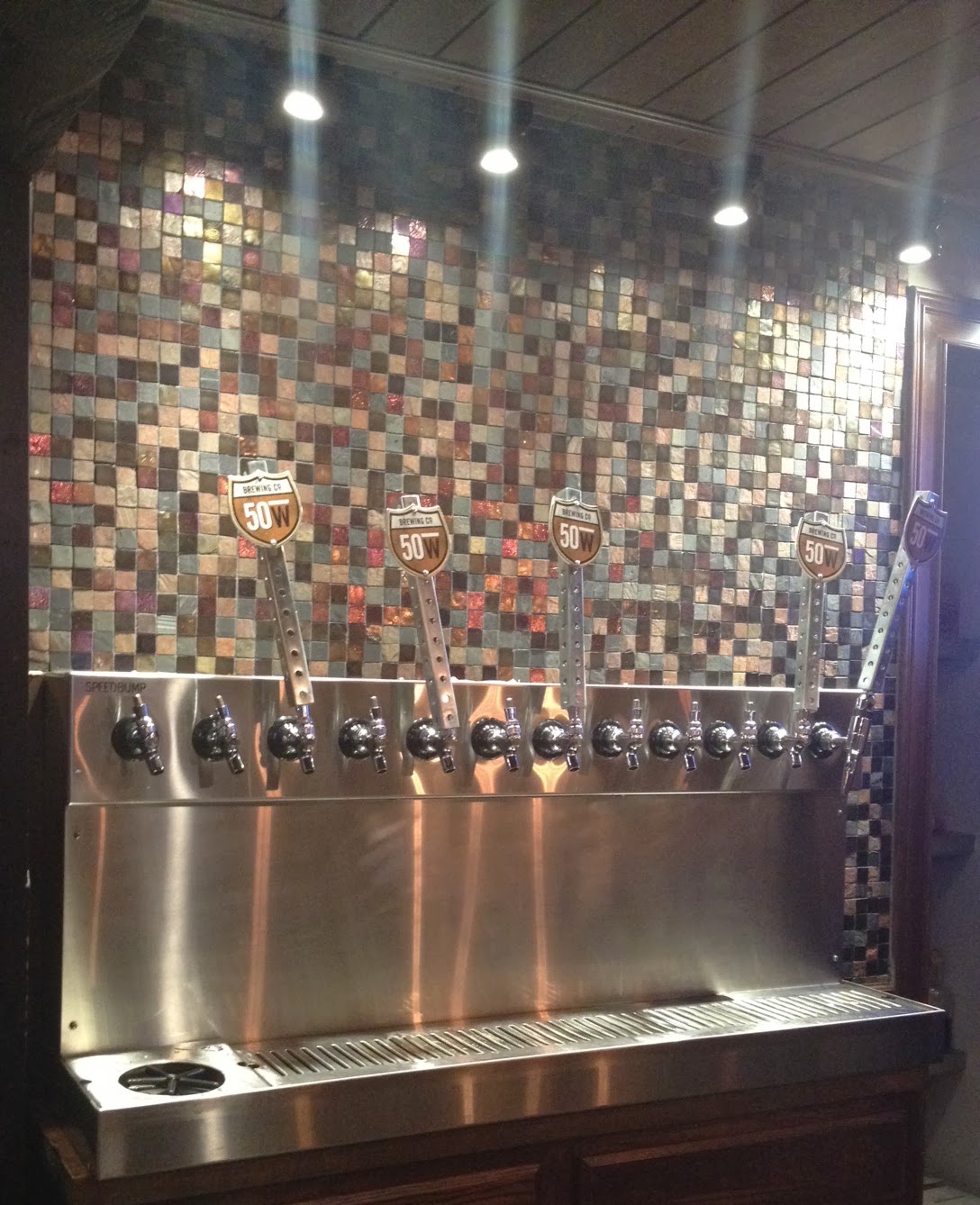 We saddled up to the bar – which is really sparkly. The bar itself is covered in copper and then there is a really pretty tile backsplash behind the taps. 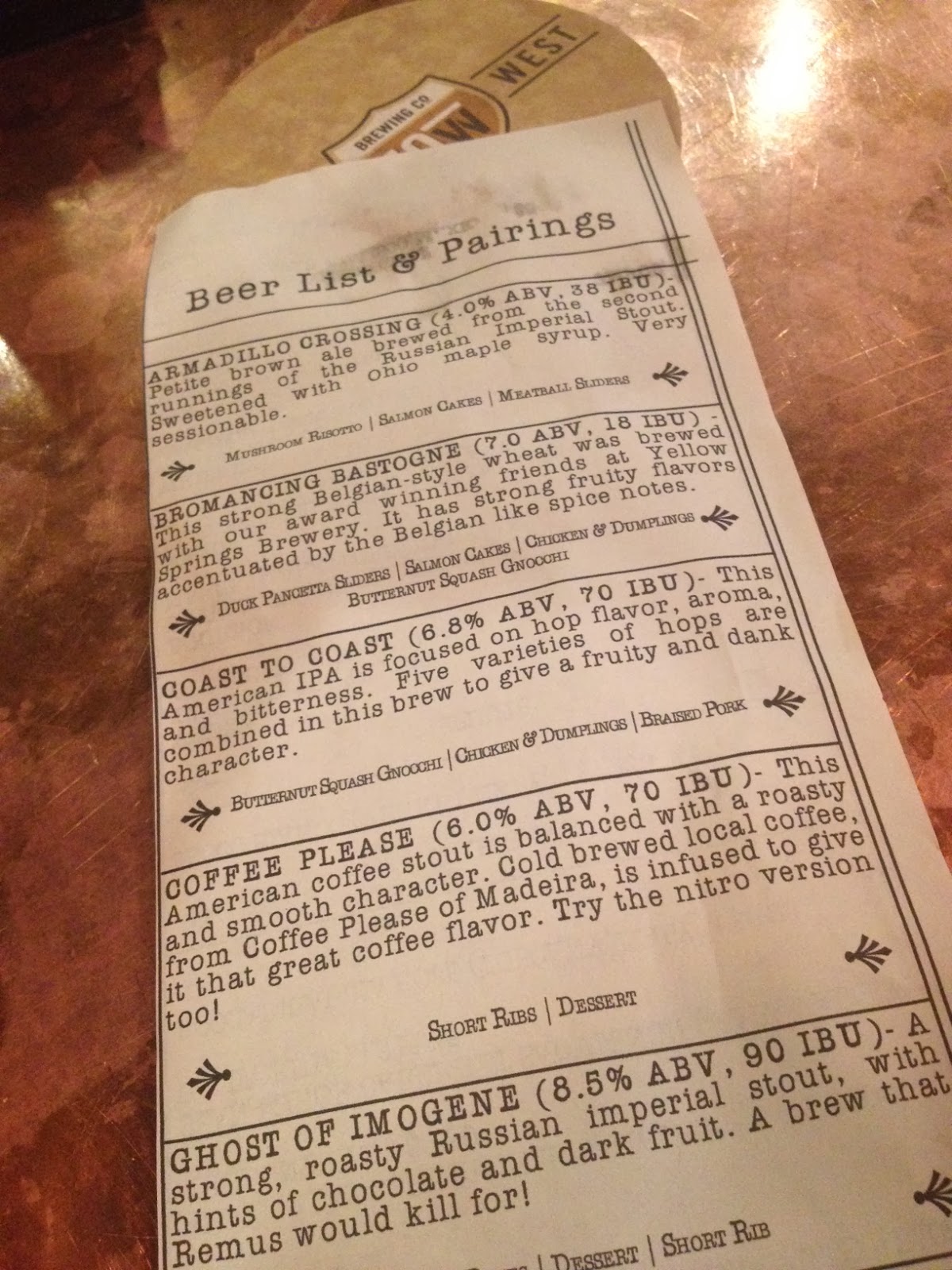 Not surprising – there’s a great beer selection. They have very clever names and a wide variety – everything from light and fruity to dark and chunky. Larry and I both have pretty specific tastes – so it didn’t take long to make our choices. 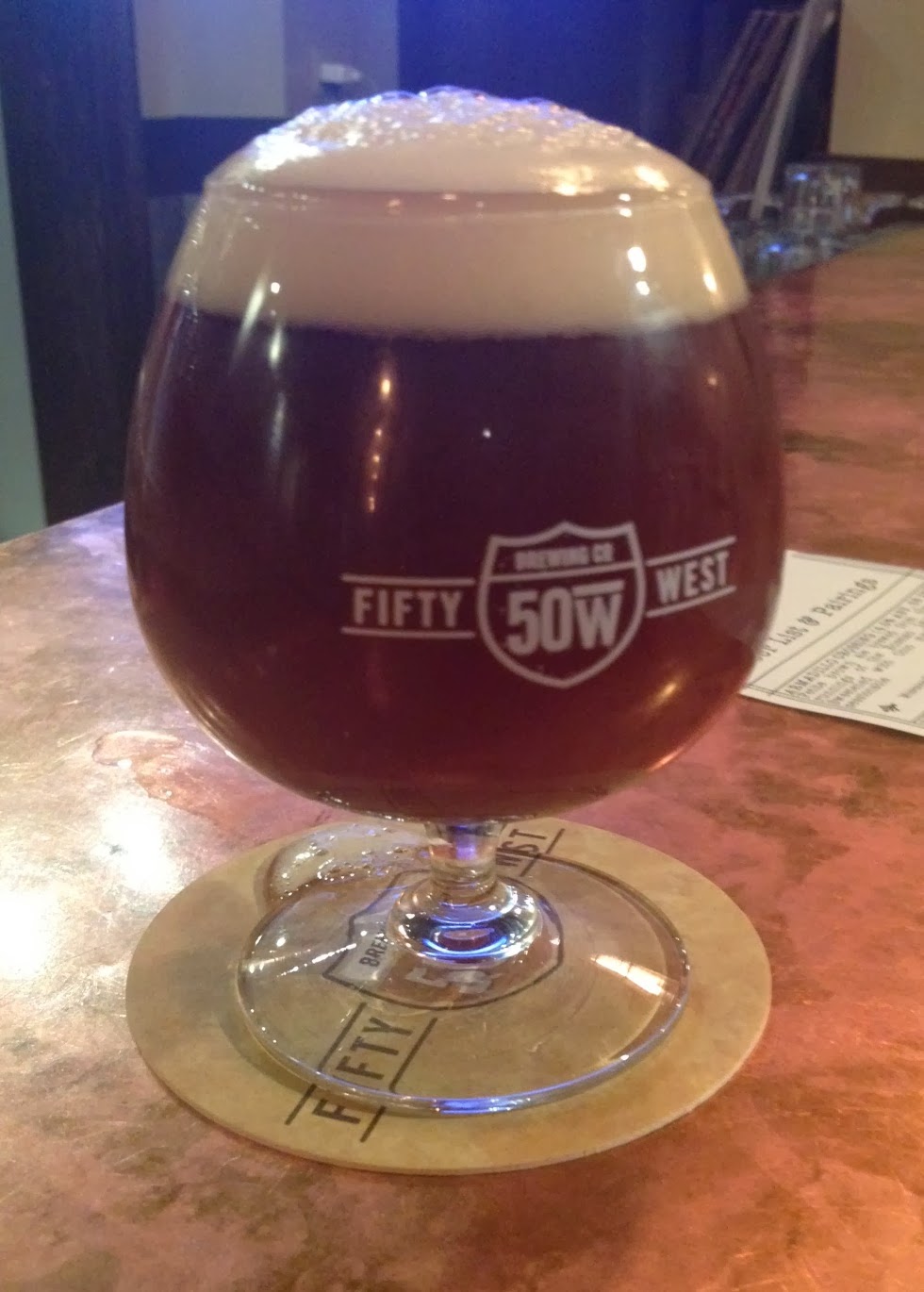 Larry was about to go with the Slave to the Traffic Light Amber Ale – when I remembered they had some bourbon barrel thing a couple weeks ago. Luckily they had some left! This was a Bourbon Barrel Barley Wine.

I can’t really find any info on their page about it – but Larry liked it. Not as much as his Bourbon Barrel beer. I didn’t like it at all (shocker) – but Larry could definitely taste the wine aspect of it. But then after holding it in your mouth – you definitely got the bourbon flavor. 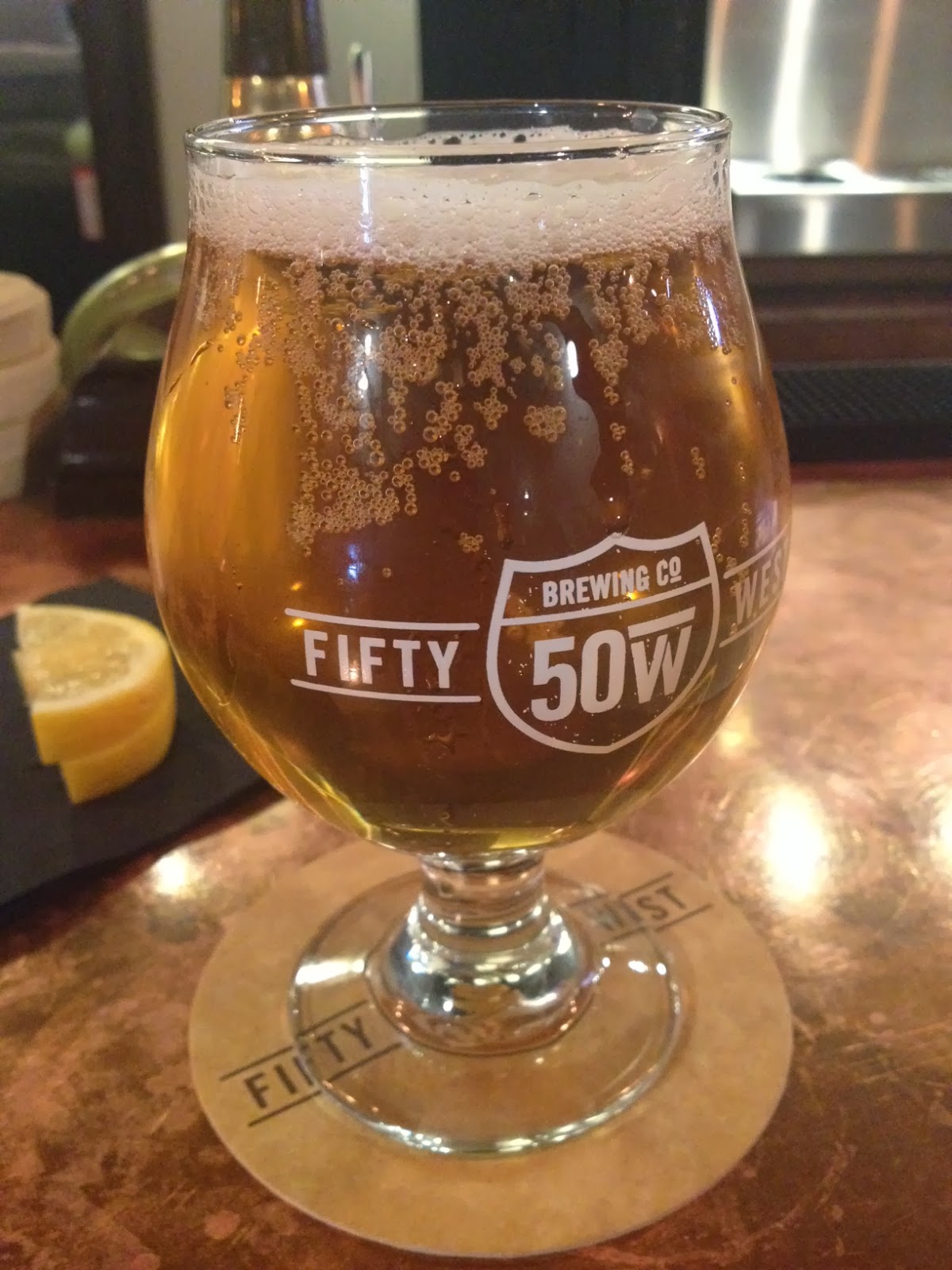 I went much lighter and got the Speedbump Kolsch Ale. It was very light and carbonated. There wasn’t much bitterness to it. I did add a little lemon to it and it was even better.

Why Should You Go? It’s very nice and a little “older” crowd than some places we’ve been. We’re 40 (yikes) and were probably about the average age. The area for diners is tucked down and very cozy – we definitely want to go back. The menu is tapas – so it’s small plates. After reviewing the menu – I’d love to try the Shrimp & Crab Dip – and definitely will next time we go!