I’m a big fan of Mexican food – there are some fantastic places here in Cincinnati (Taqueria Mercado, La Mexicana) and then there is a sea of restaurants with basically the same menu (El Rancho Grande comes to mind but literally the menu is identical at every place). Acapulco is very close to my husband’s work – so one night after work – we decided to give it a try and see if it was like all the rest… 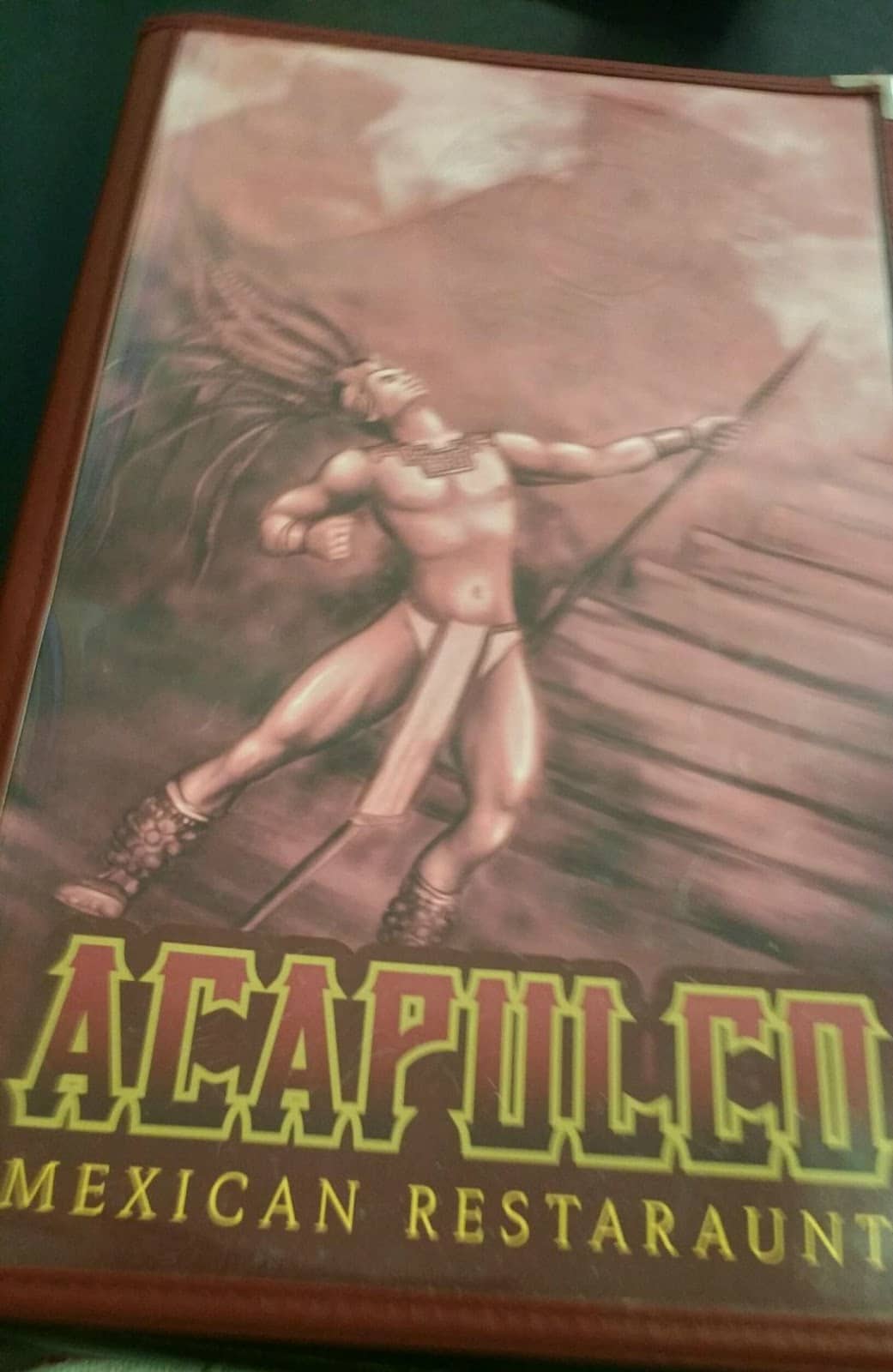 Yes – it pretty much is the same menu on the inside. The Speedy Gonzalez is the dead giveaway. But we’ll see how it goes anyway. 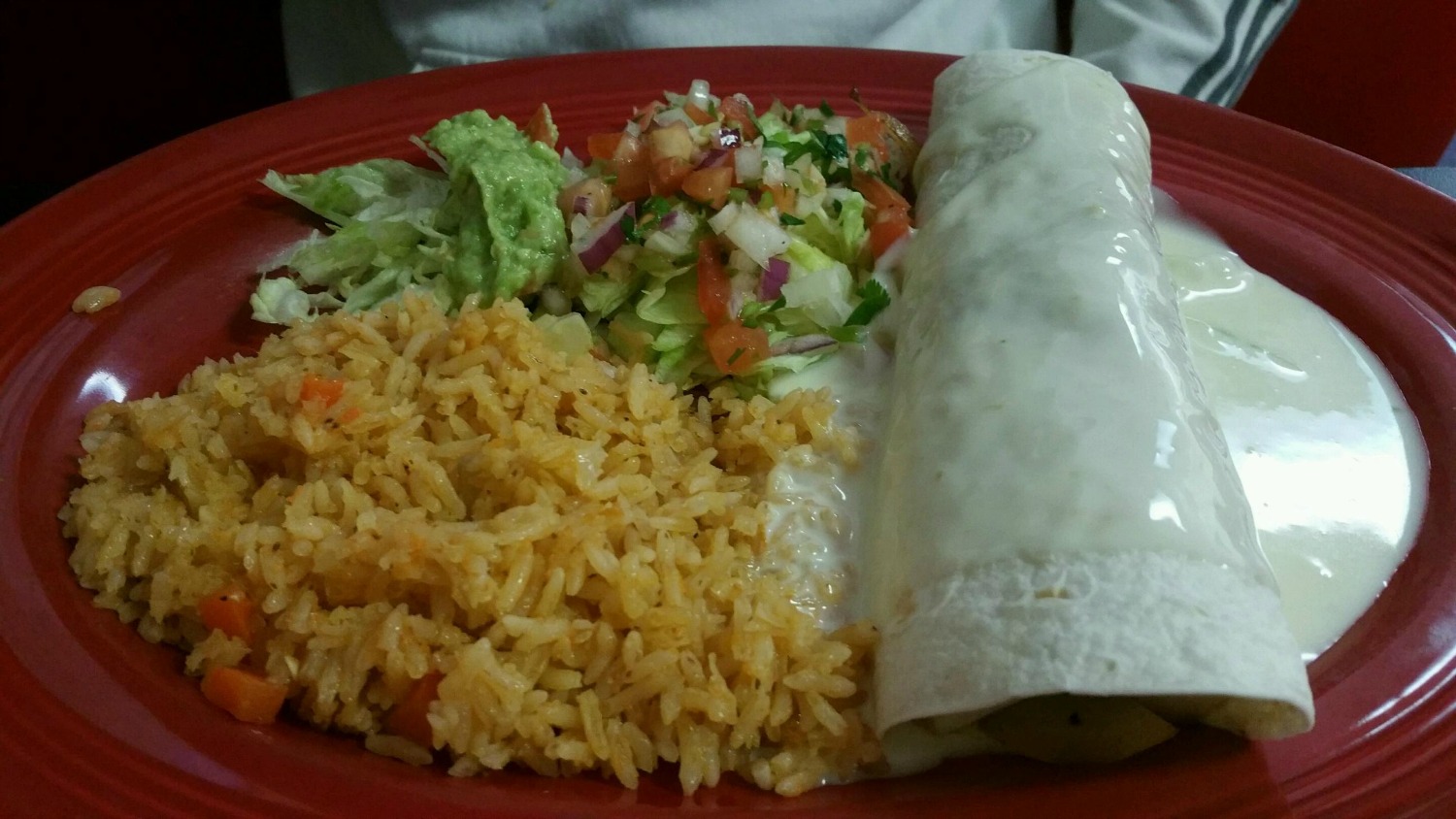 Larry got a chicken burrito. He looked at me and asked me what he should get. I have no idea why he does this. He’s the one that says Mexican food is all the same – it’s just meat, onion, peppers, beans in a tortilla. But ask he did – I said – just get a burrito. He liked it quite a bit – so that’s a good sign. He even got one to go for his boss. 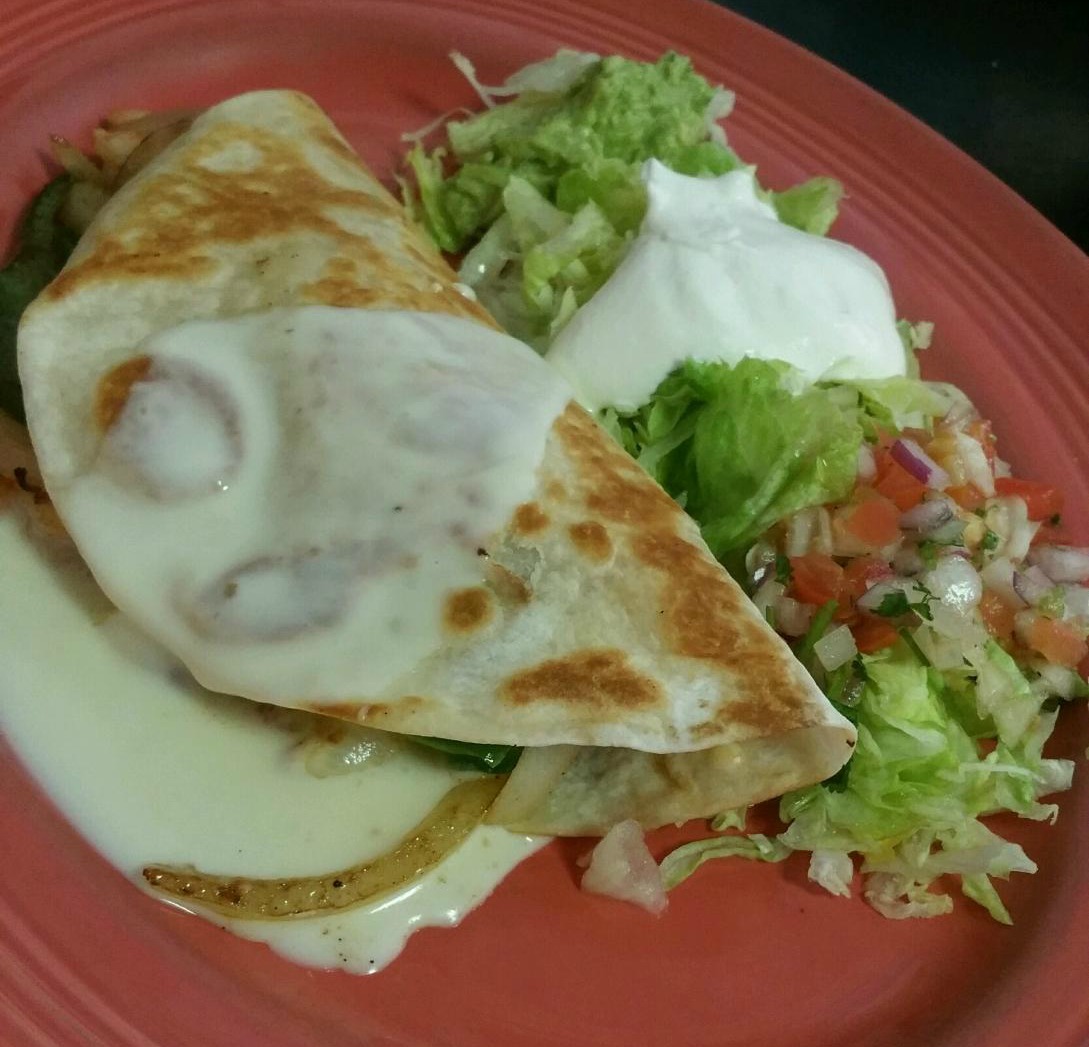 I went for the steak quesadilla – I just felt like getting something different. This was okay – I like the crispiness of the tortilla and the filling was fine – I was just hoping for melted cheese (not queso) on the inside too – and some rice/beans. But all in all – it was fine.

Why Should You Go? Well – it’s pretty much the same as the El Rancho Grande, etc… If you like those – you’ll like this.