We’ve been driving by BJ’s Roadhouse for years now at Tri-County Mall. We keep thinking – we need to go there – and then never do. Finally – WE WENT! 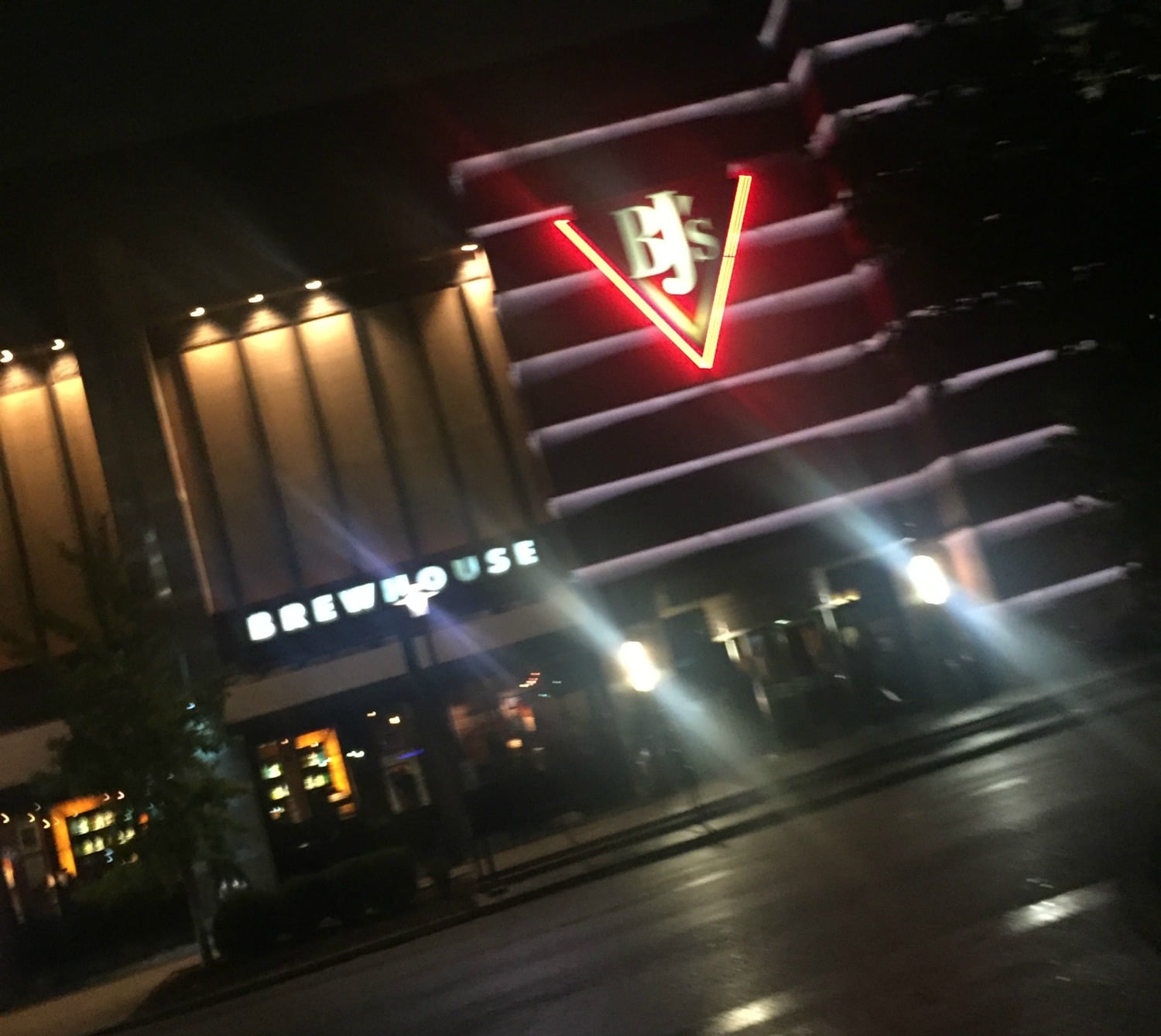 BJ’s has an outside entrance at Tri-County Mall and also has a location in Florence. I have to say – I was pretty surprised right off the bat. It is MUCH nicer and fancier inside than I thought it would be. I expected an Applebees type of atmosphere – much more sports bar – but it’s not – it’s NICE! I definitely think it’s a step up from most of the chain restaurants I’ve been to. It’s more like Maggianos or Cheesecake Factory. 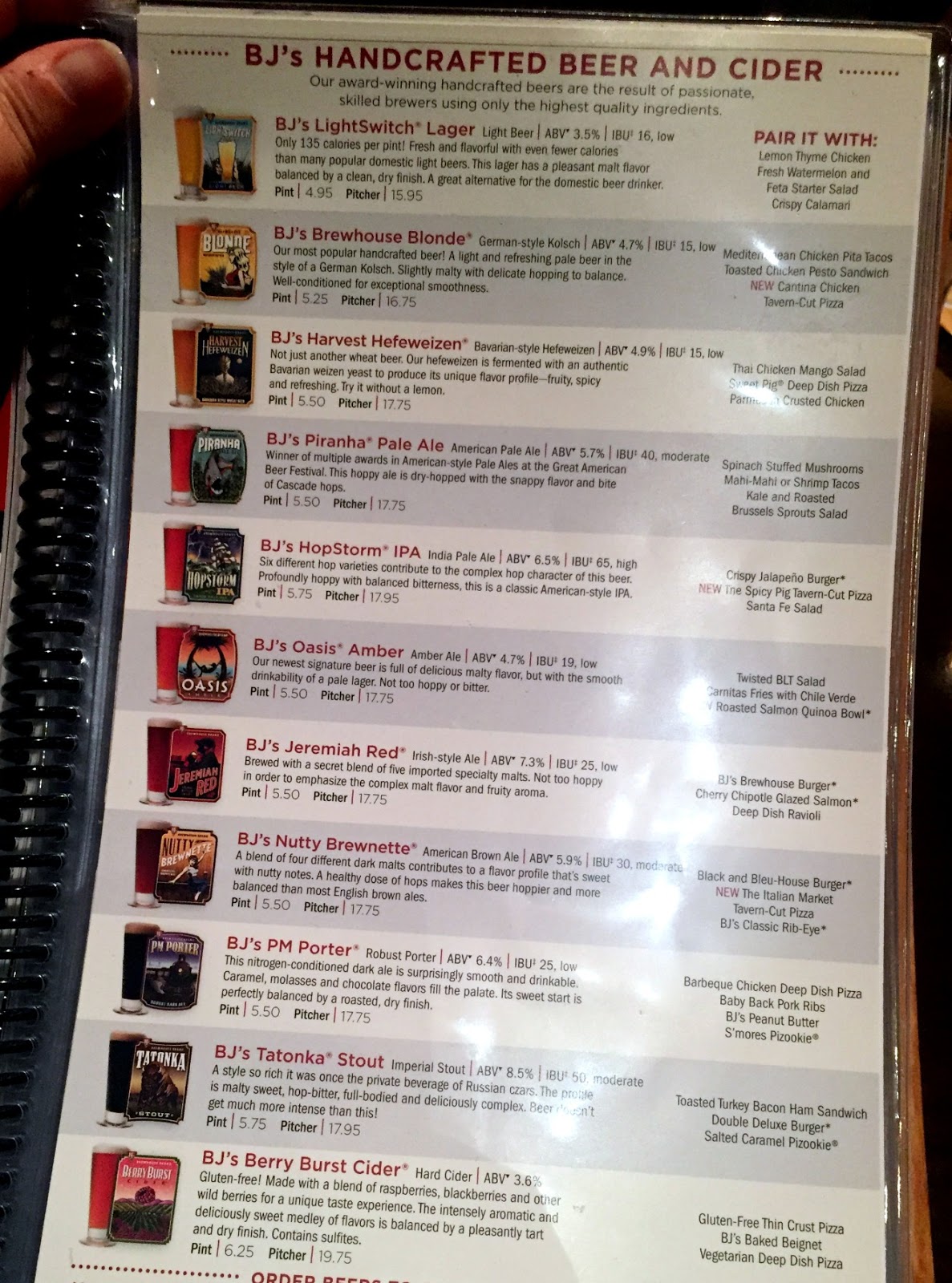 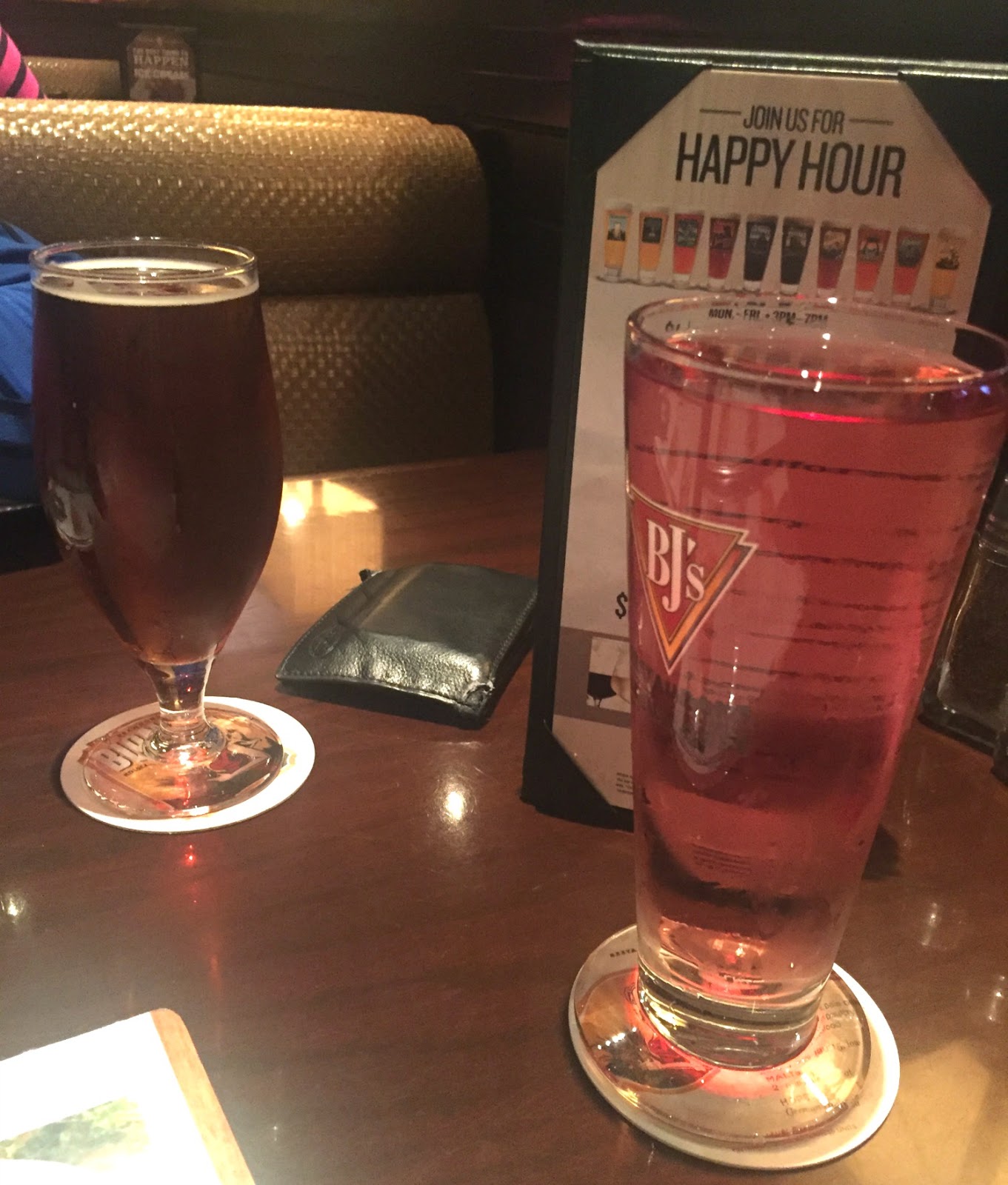 I happily went for the Berry Burst Cider – ($6.25) sure it’s a fancier version of a wine cooler – but I don’t care – I like it! I was sure that Larry would get the HopStorm IPA – nothing but IPAs for this guy now – but he got cocky and said, “Well I’d like a Kentucky Bourbon Barrel Ale – but I bet they don’t have it.” Oh Larry – they had it. He couldn’t believe it! So he got that instead. ($5.75) 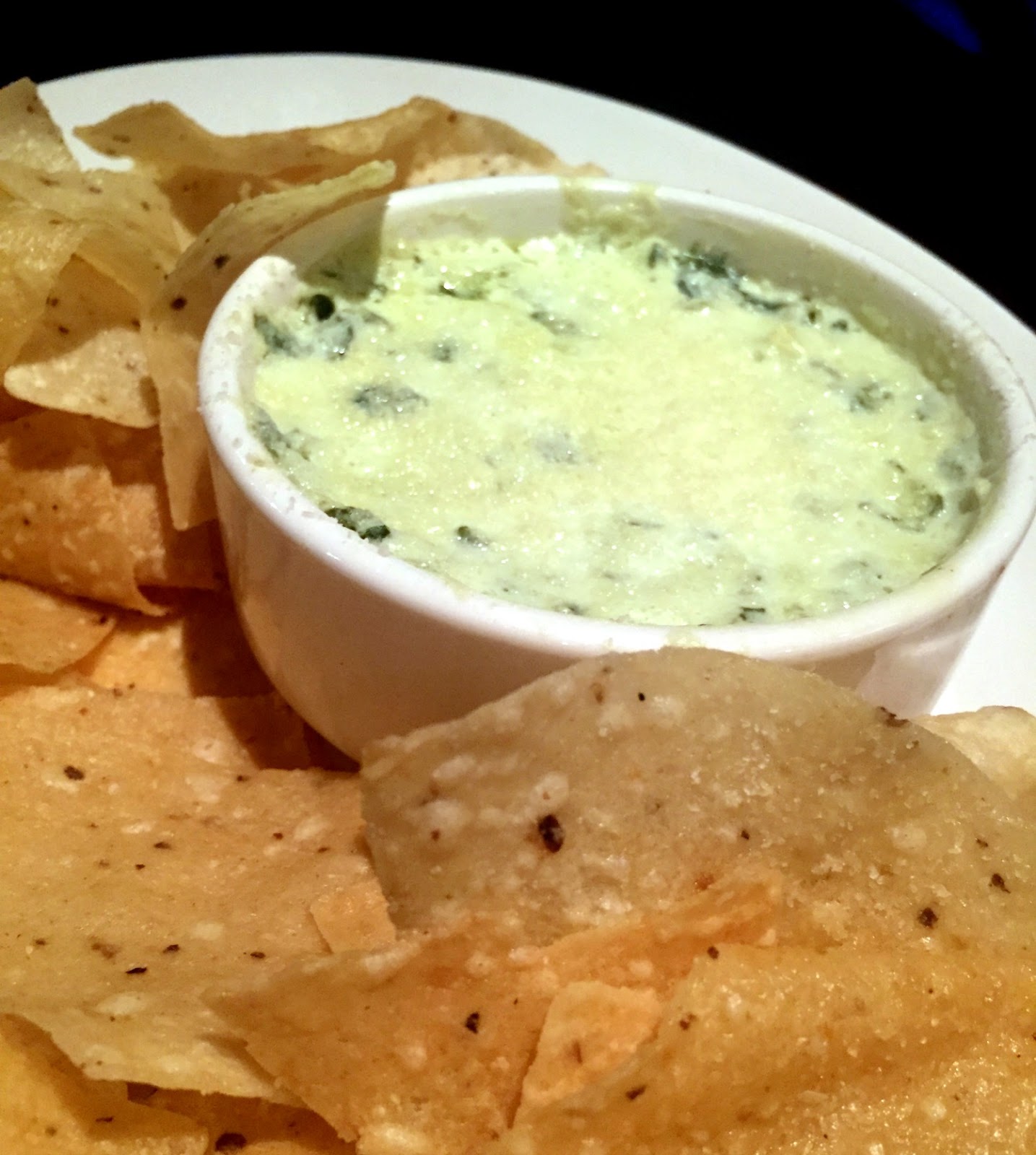 He’s a bit obsessed with Spinach Artichoke Dip ($9.50) – so anytime he’s remotely hungry when we sit down – he gets that. Luckily their was cream cheese-based so it was good for him to eat. It was pretty good – not the best – but not bad either. Larry killed it. 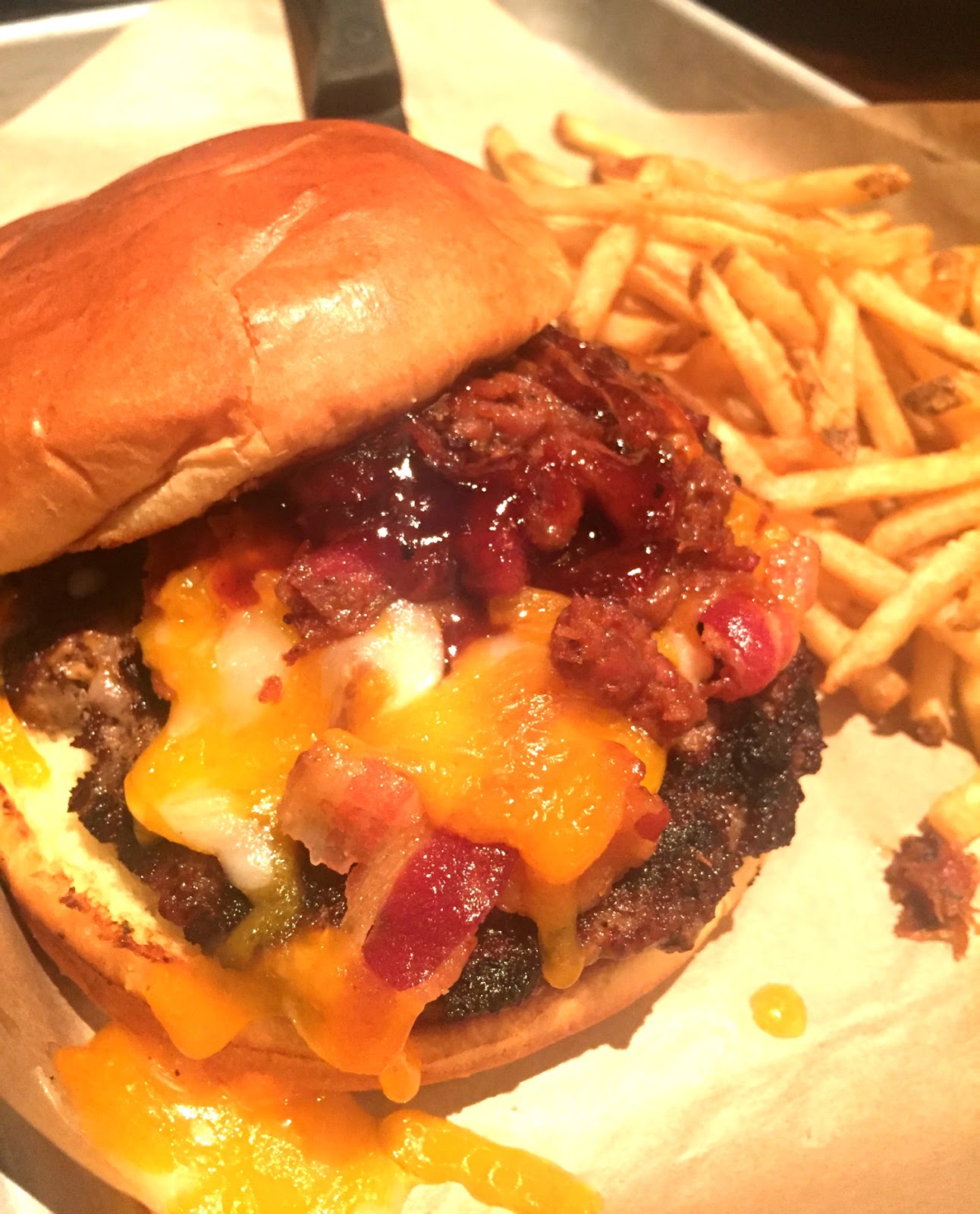 I got the new Hickory Brisket & Bacon Burger ($12.95) – it was loaded up with BBQ sauce, brisket, bacon, jack & cheddar cheese, red onion & mayo. It was served with a side of super skinny fries! The burger was pretty good – it was really big, cooked well and loaded with toppings. I LOVED the fries and scarfed them down (with some ranch of course).

Larry was giddy over this bread bowl full of pale ale chili! @bjsrestaurants
A photo posted by Heather Johnson (@foodhussy) on Oct 3, 2015 at 5:58pm PDT

Larry shocked me and got Chili in a Bread Bowl ($9) – okay – where is my husband? Who is this person I’m sitting with??? He heard it was made with their Pirahna Pale Ale and had to try it. I didn’t have really high expectations but I have to say – it was pretty awesome.

I’m using the Instagram image of it because it blew up my feed with over 40 likes! Larry was obsessed with it and kept raving about it all weekend. I like too that they sort of “garlic breaded” the lid of the bowl.

Why Should You Go? Good cider and it was some damn good chili.