As I’ve said numerous times – I’m always itching for someplace new to go. There was a day a couple of weeks ago where it was too beautiful to not eat outside so we had to mull it over and think of someplace close by with a patio and we thought of… 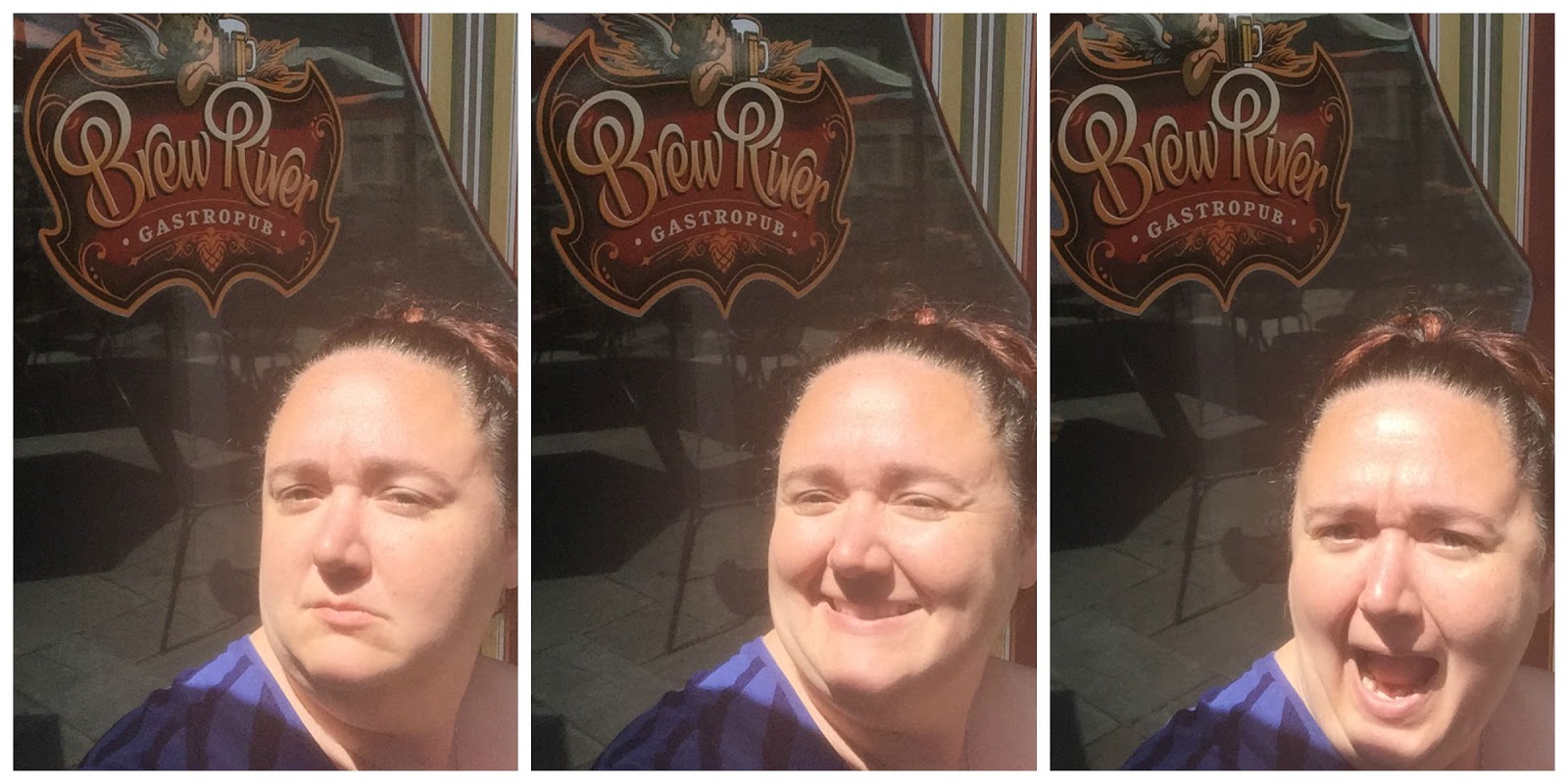 BrewRiver GastroPub. The patio is really nice and we were able to find a table right on the sidewalk – prime for people watching. Here you see the many faces of Food Hussy. (I get bored waiting for things.) I love craft beer glasses – I’d like to start a collection of these – they’re just always unique and I dig that. But since we had to go back to work – just soda filled these guys. 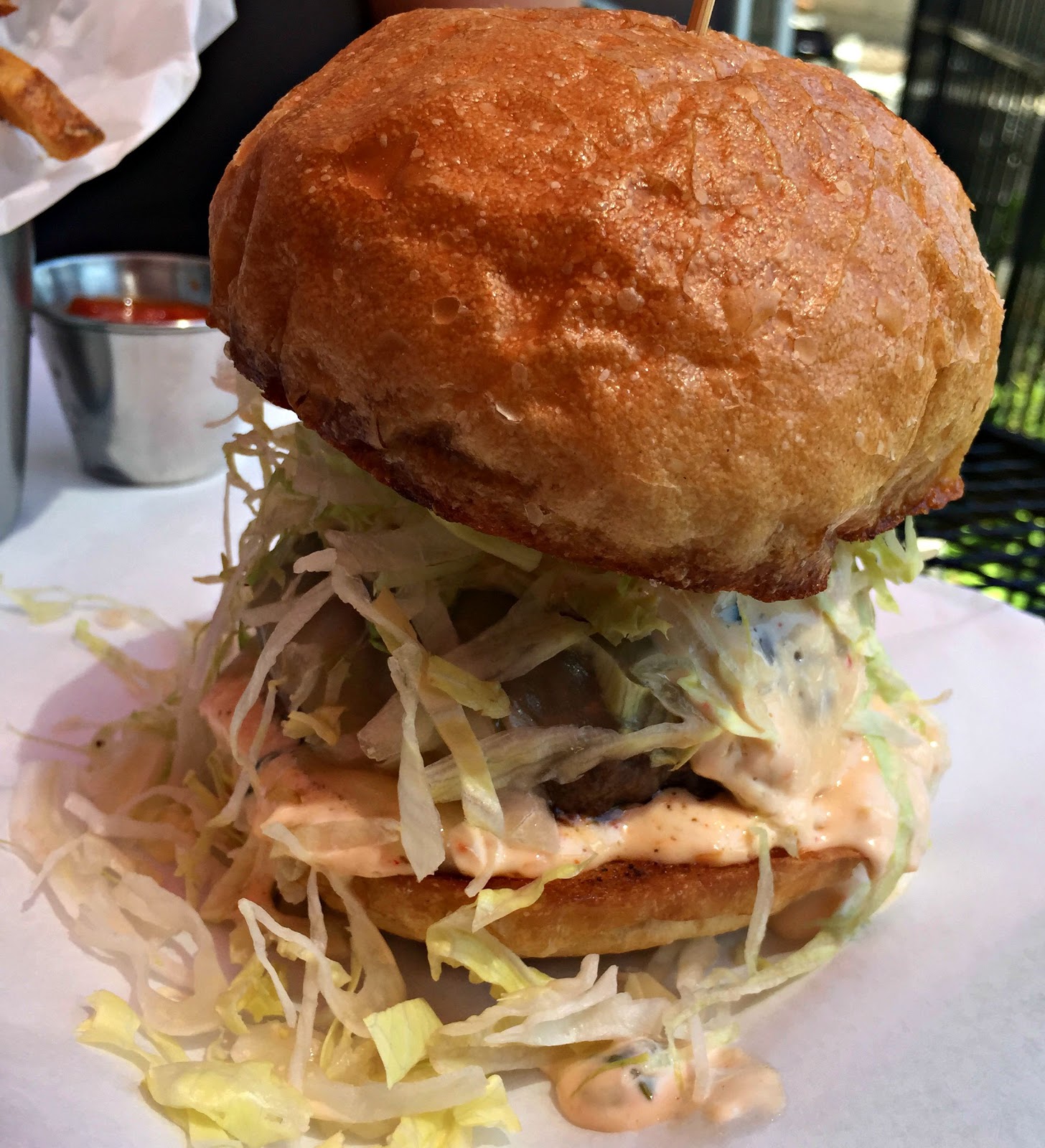 Susie got the Streetcar Burger – another burger on the menu was named to the Top 45 Burger list – but this lunch was before that came out. $13 is pricey for a lunch burger – but most everything on the menu was about that price. She liked the burger all right – it was pretty messy and a little under done for her taste (she’s more of a medium well than a medium rare). It did look really good. 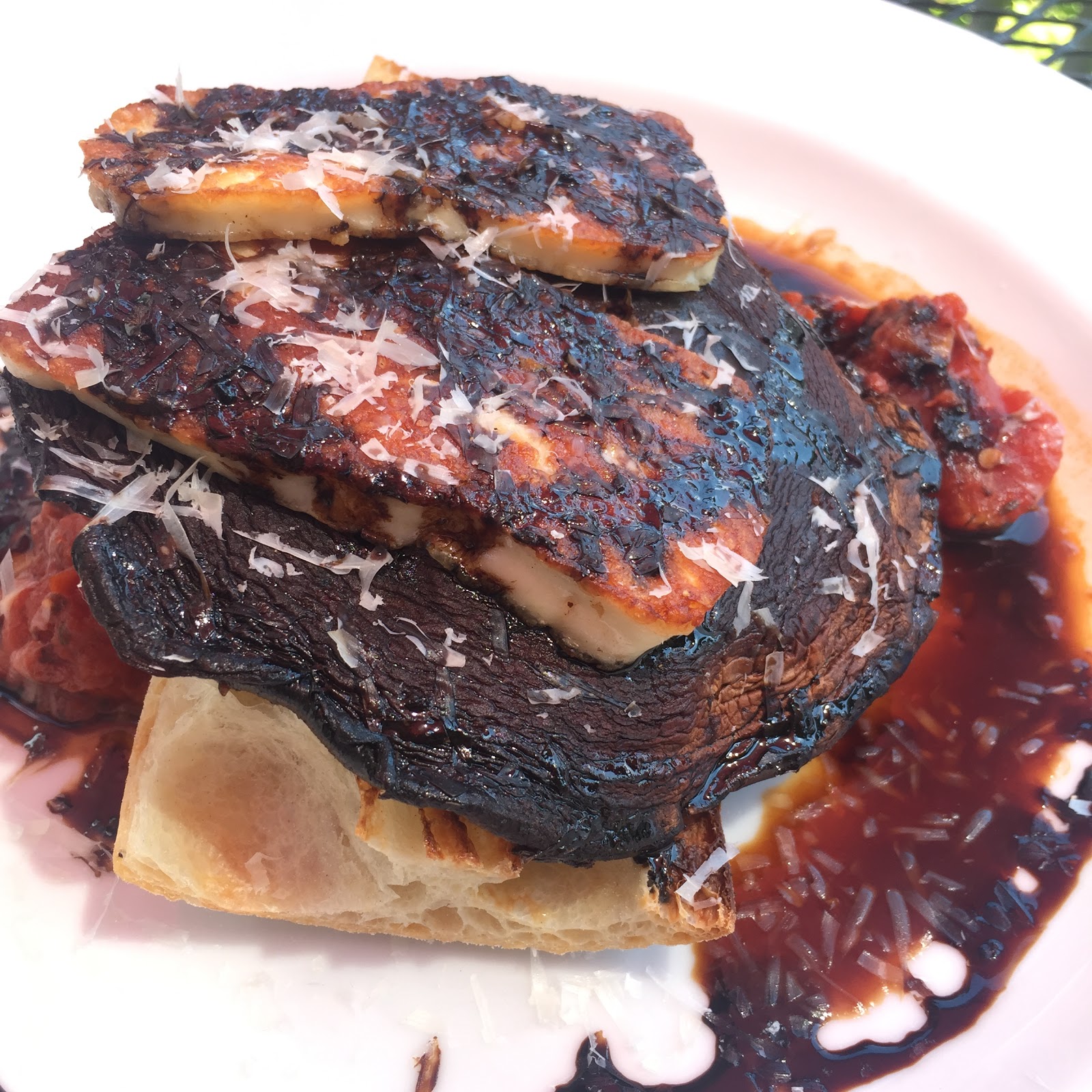 I went in a different direction – wasn’t really up for a burger that day so I went vegetarian. Figure how can you go wrong with mushrooms and cheese? It was okay but a little went a long way. After one mushroom/cheese – I was done. The marinara was really spicy (I did like the flavor of the tomatoes) but the spiciness was too much. The smokiness and spiciness together were too strong. The portion size was also really large – so after about half – I was done. 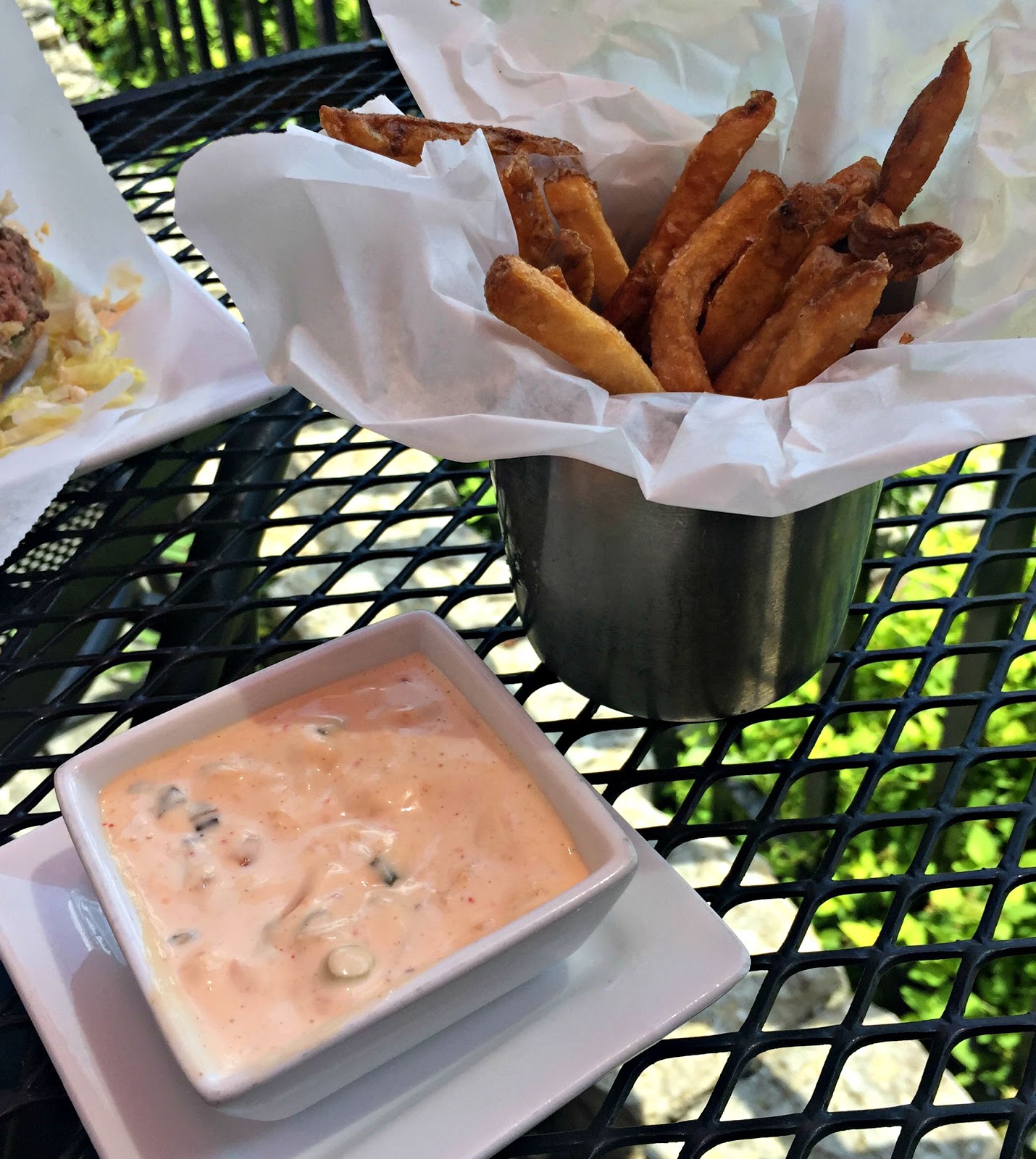 House cut fries with side of kimchi tartar sauce

Susie let me have some of her fries because they were a big portion so I got a side of the kimchi tartar sauce. I had made a note from a previous visit that the sauce was great – so I wanted a reminder of it and it was great. Definitely had a kick to it from the kimchi. At first I wasn’t sure if the spiciness was from this or the marinara – but then I tried bites of everything separately and found the marinara to be the culprit.

Why Should You Go? The patio is nice, the beer selection is good and the kimchi tartar sauce is tasty. That said – I’ve been twice now and just didn’t love it either time. Combine that with it being a bit pricy for lunch – not sure I’ll go back.