If you haven’t noticed, Newport has exploded in the past year. With the Kroger/Target openings – we now have at least a dozen new businesses popped up off the Grand Ave exit in Newport – it’s crazy!! One of those is Buffalo Wild Wings – they’ve opened up a sparkly new location right next to Chipotle and Chick-Fil-A. 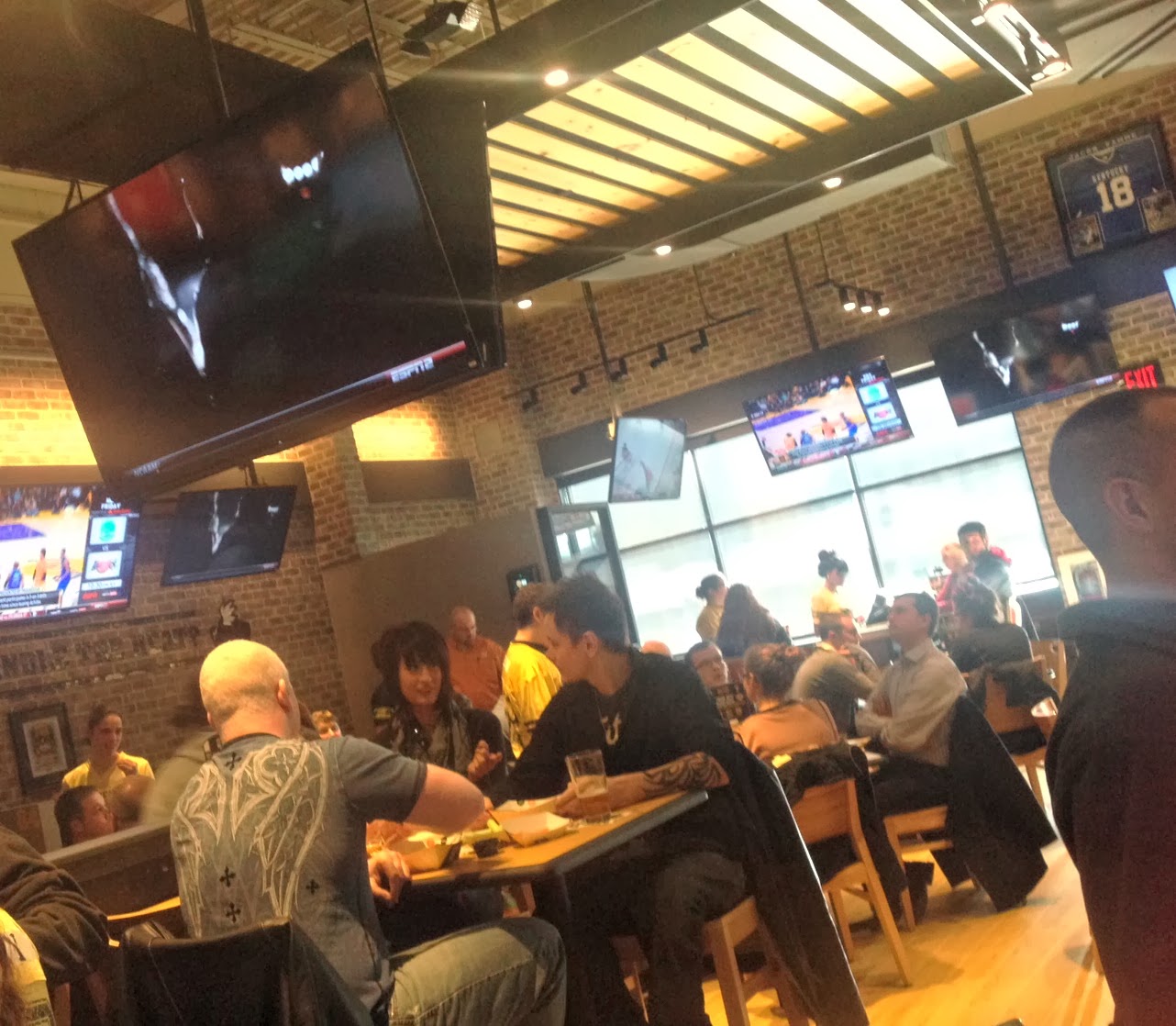 Now I’ve been to many a B-Dubs and don’t typically review them – but I had to let you know about this new location. I’ve never seen so many tvs – it’s definitely a sports fans dream. We went last Sunday again during the Bengals game and waited probably 45 minutes for a table. The place was PACKED and every time the Bengals scored – the place went NUTS!

There is also a separate door and bar for the pick up traffic – that was a nice feature to see. You don’t have to fight the crowds or wait in line – it’s the big yellow door next to the front door. 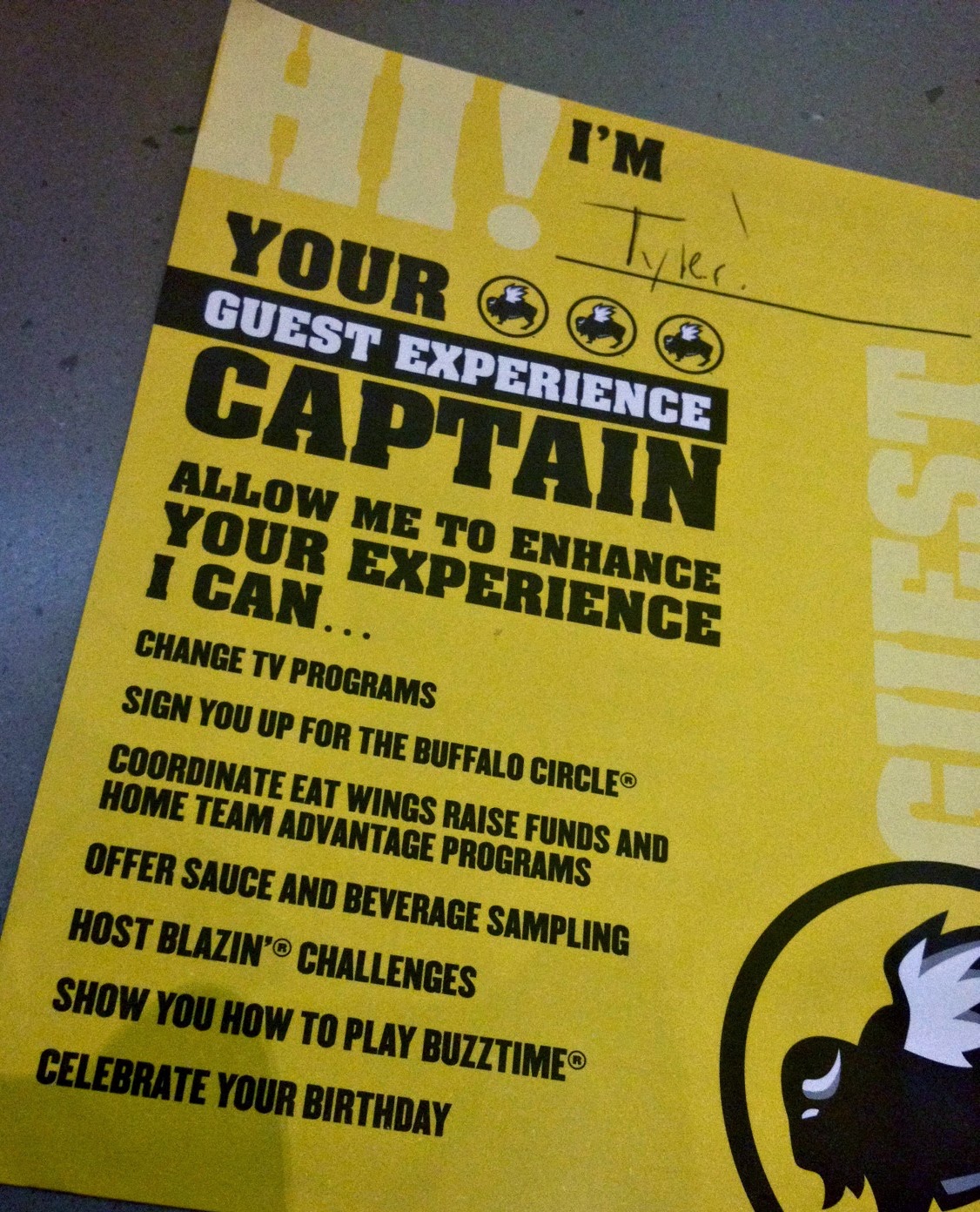 They also have Guest Experience Captains hanging around making sure you have what you need. During the Bengals game we had Ana – a very boisterous Bears fan – but she was a HOOT! She loved jawing with Larry (decked out in his Colts gear) while I was concentrating on watching Mr. Manning break more records (Go Broncos!). 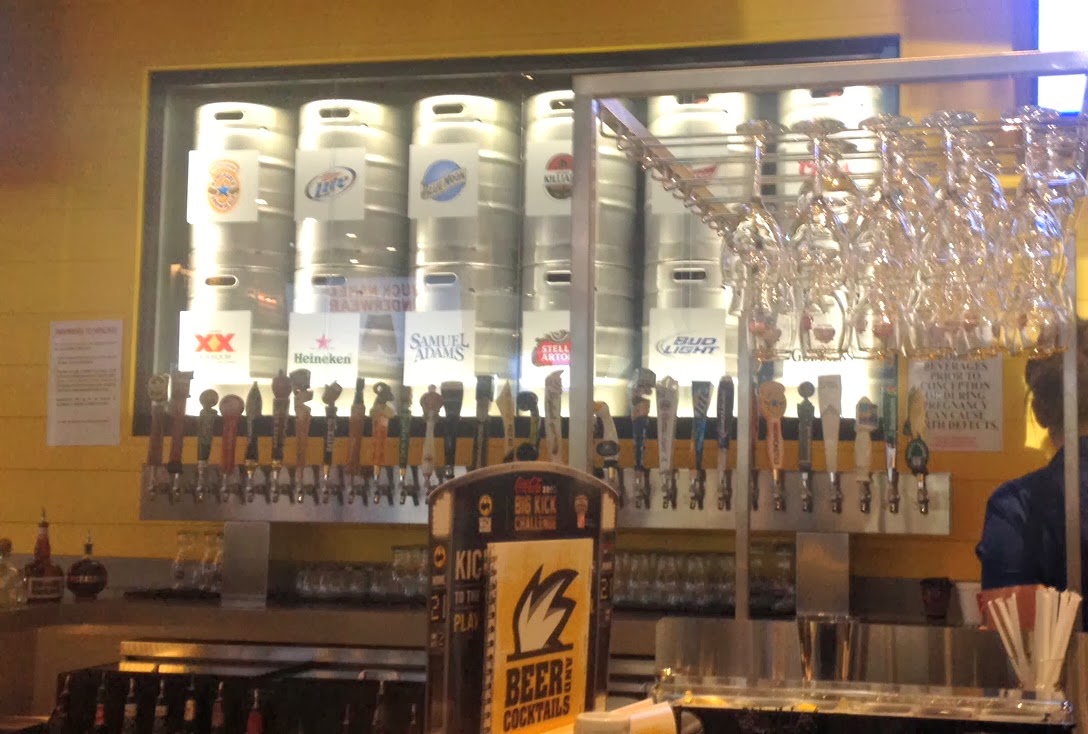 The beer selection is pretty great – they didn’t have the Kentucky Bourbon Barrel that Larry loves so much but they do have quite a few different beers – including a few locals. 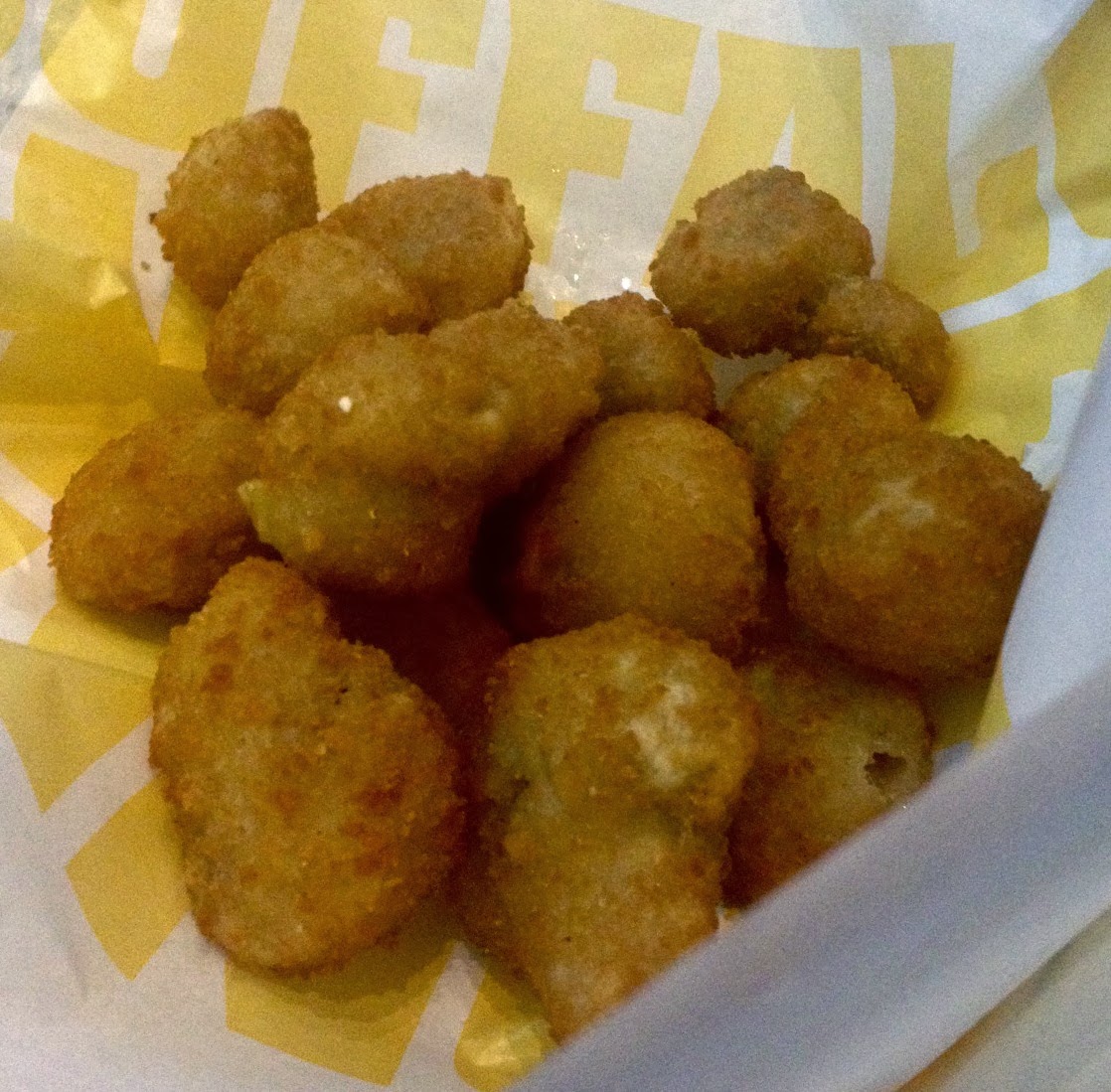 My coworker introduced me to the Roasted Garlic Mushrooms and they were really good. Crispy on the outside and hot & juicy on the inside! 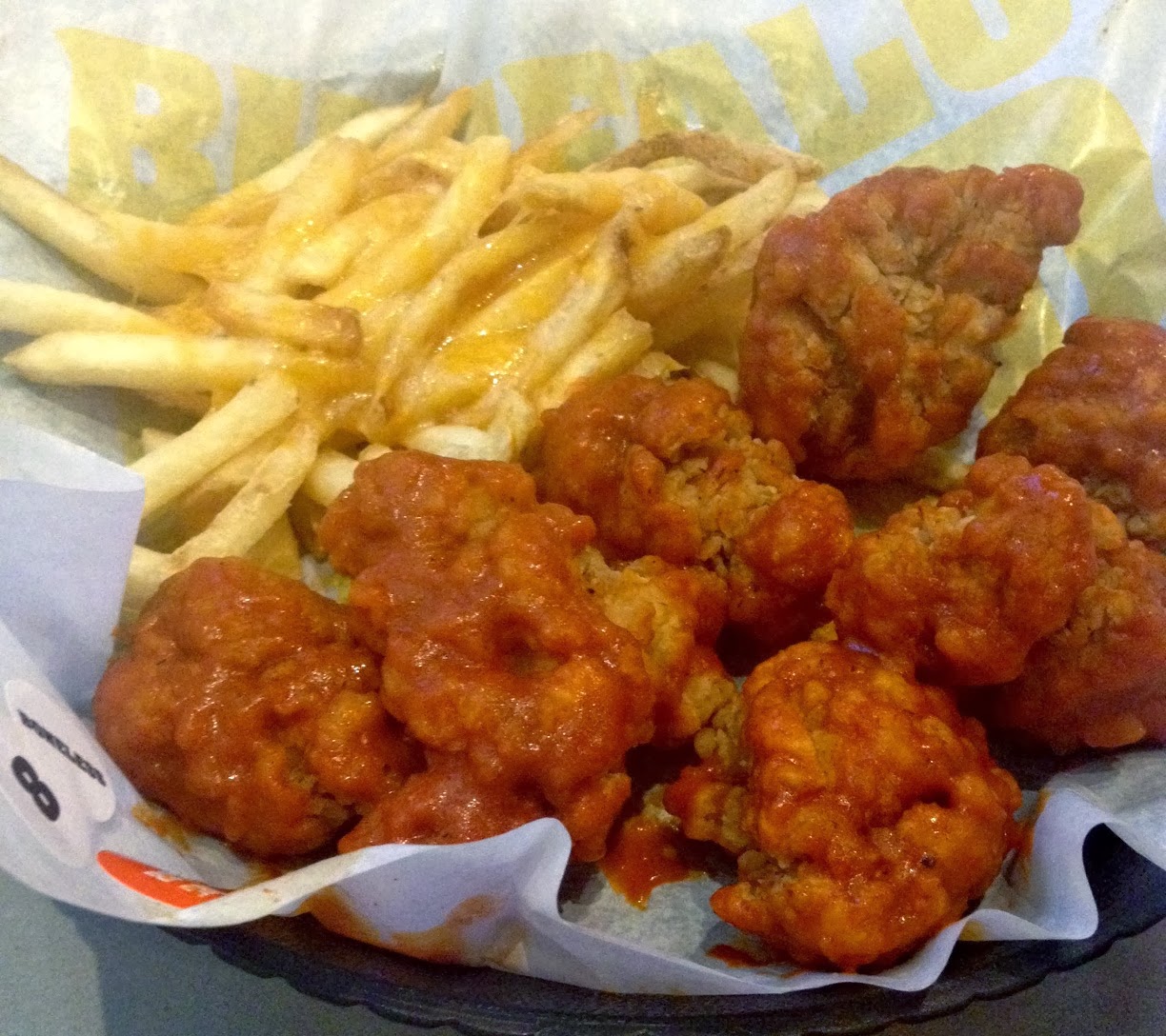 He, like my husband, is a fan of the boneless wings. I don’t know – I just feel like you’re eating glorified chicken nuggets at that point and always do the bone-in when I get wings. I’ve had the wings at BW3s – they’re fine – but probably not my favorite thing on the menu.

I got the garlic parmesan ones on my return visit and they were ok – crispy and lots of sauce but nothing that made me go WOW! Larry always gets the mild and I tried his and they were REALLY spicy – so just beware – mild isn’t so mild.

(My personal reco for wings is Toots – I haven’t blogged about the wings but trust me – those things are CRAZY good. I can’t get anything else now that I’ve had them.) 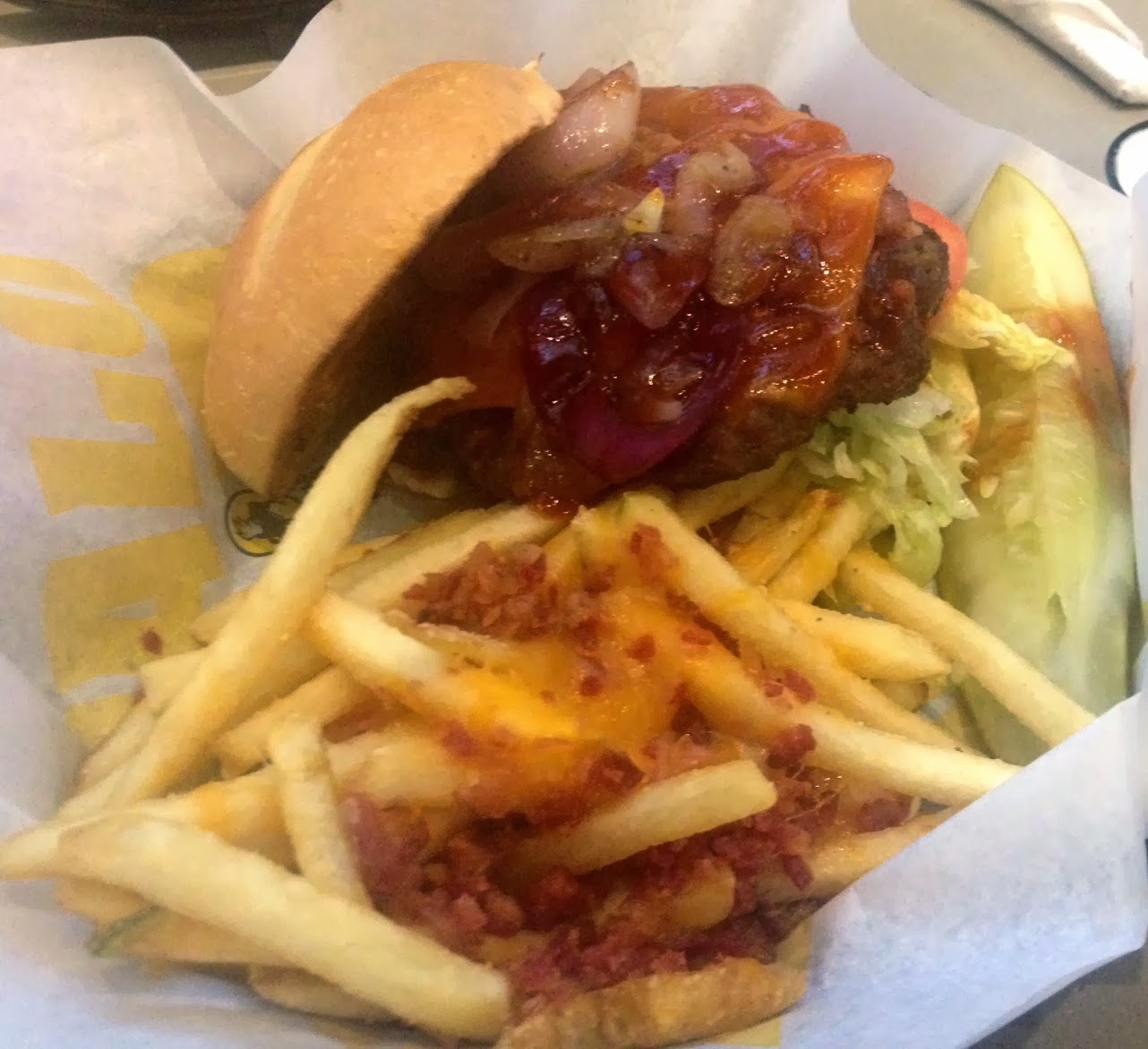 The first time I went – the server was pushing their new burgers – so I had to try one. They don’t have this particular burger on their online menu – it was some sort of pub burger with grilled onion, bbq sauce cheese, etc… I have to say – it was a good burger! For a pub burger from a chain – I thought it was pretty good. If you’re not a fan of wings – it’s a good option.

Why Should You Go? Well if you’re a sports fan looking for someplace to watch a game – it’s a great choice. They have all the games on – you’ll be able to see your game no matter where you sit. The atmosphere for the home team is also really fun. They are really setting a great example in terms of service as well with the Team Captains – Ana was at our table quite a few times to check in and rile us up. For a sports bar – it’s definitely a great option (but for wings – go to Toot’s.)