I was really excited to see that one of my favorite restaurants had moved close to my friends house in East Hyde Park. So on our way to have dinner with her – we were early – and hungry. Is it wrong to have dessert first? 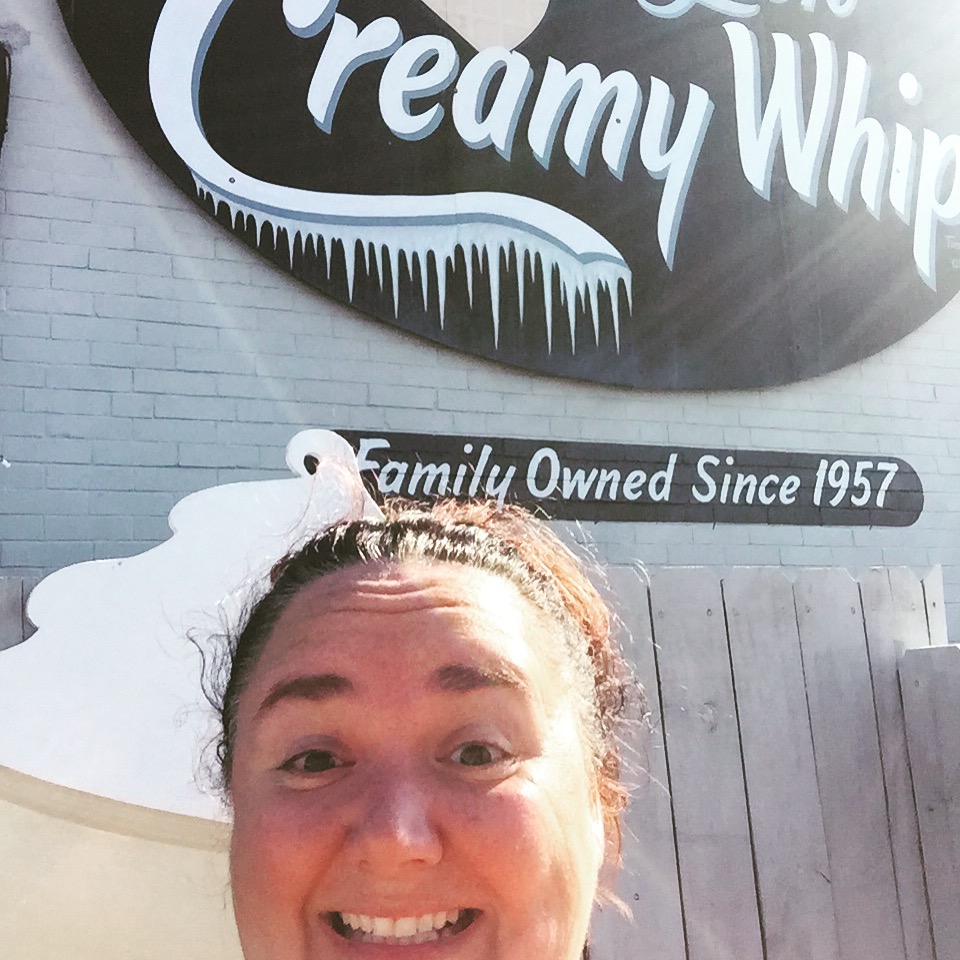 I didn’t think so. So we stopped at Mt Washington Creamy Whip for my favorite item – chocolate soft serve in a cone. It is THE CREAMIEST in town. 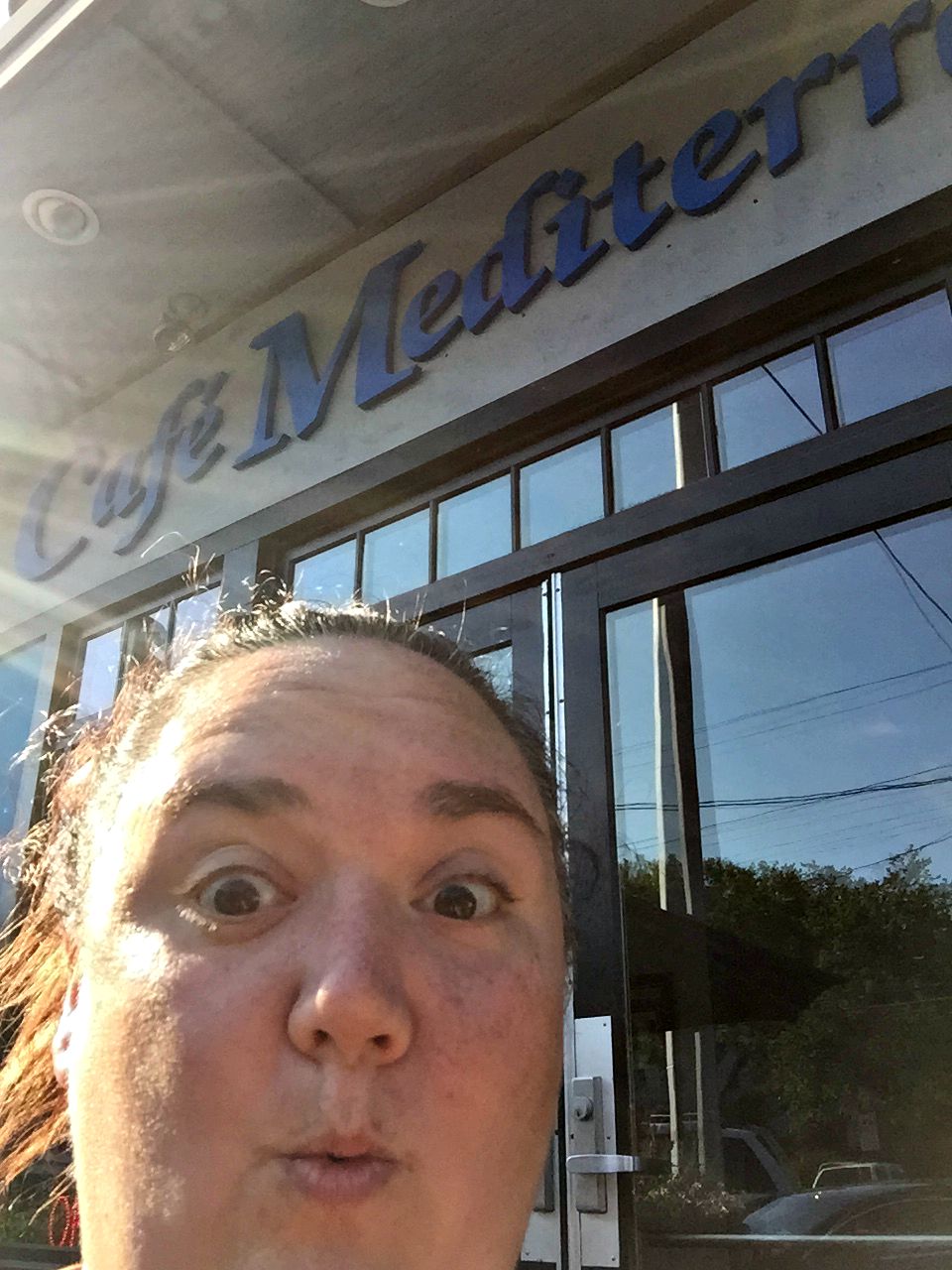 So after dessert – we headed over to East Hyde Park to the new Cafe Mediterranean. It’s in the former spot of Cumin on the end of the strip mall on Erie. They have great outdoor seating and we were lucky enough to hit it on a night that was not too hot, not too cool. 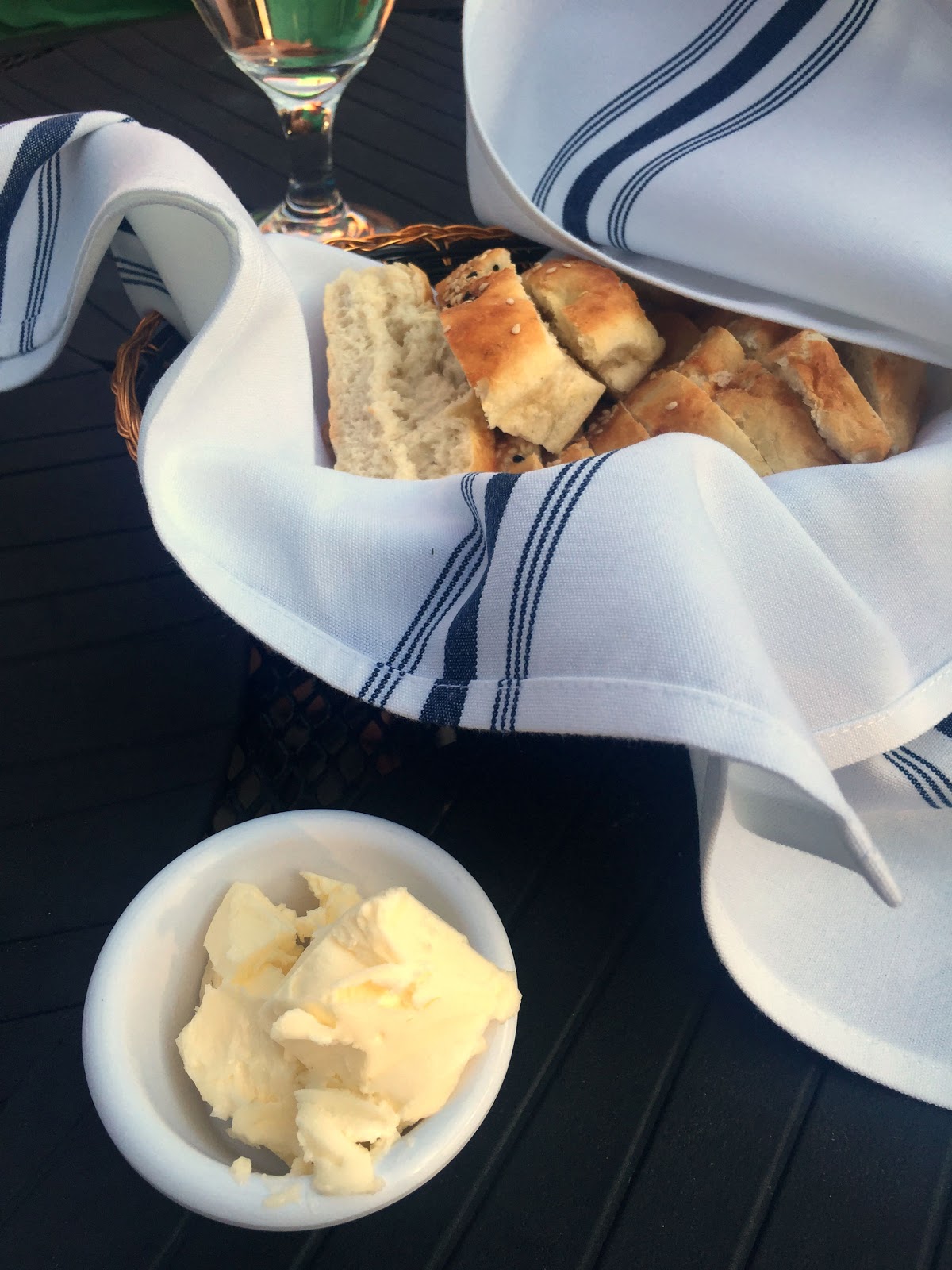 We started out with bread – which was homemade and tasty – with soft butter – always a plus. The bread was super warm – which always makes it better. 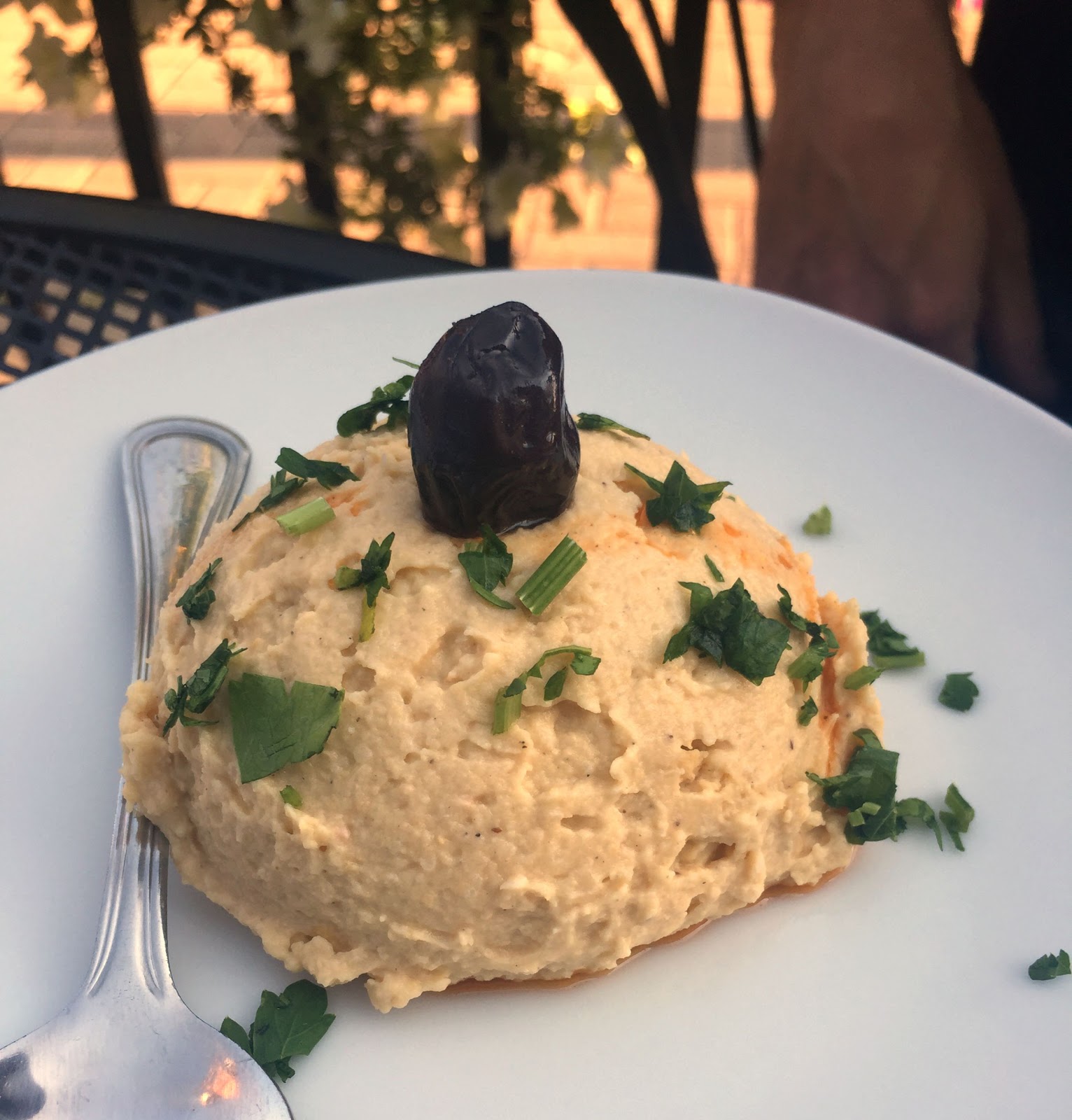 Larry had a late lunch – so he just got hummus and he was happy with it. It’s definitely homemade as well – it doesn’t have that super too-creamy texture like some of the store bought kinds. Good stuff and that tangy tart kalamata perched on top was all mine! 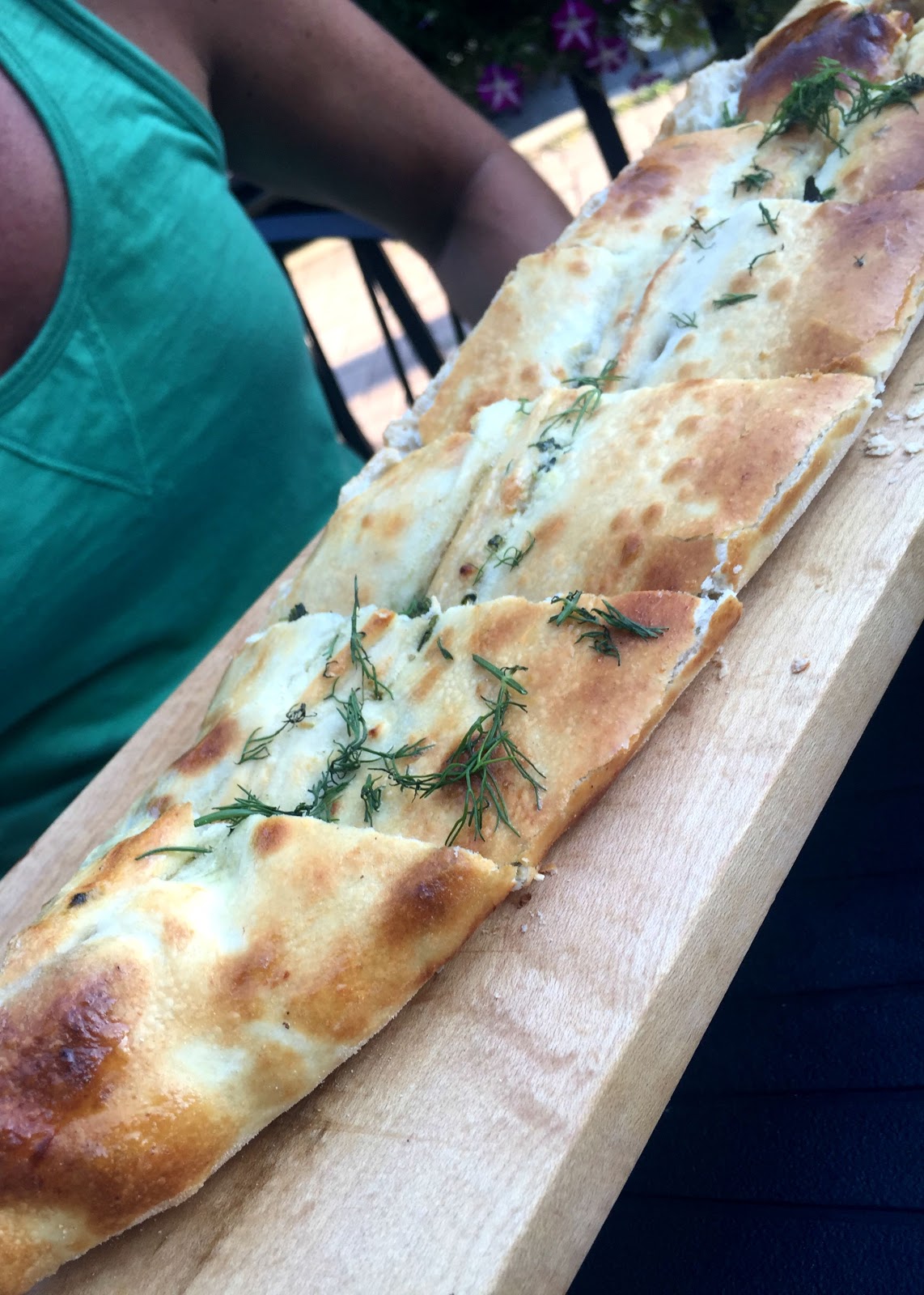 Dani went for the Spinach Pide which is dough stuffed with spinach and sauteed onions. She really enjoyed it – the dough was so light and flaky – it looked tasty! 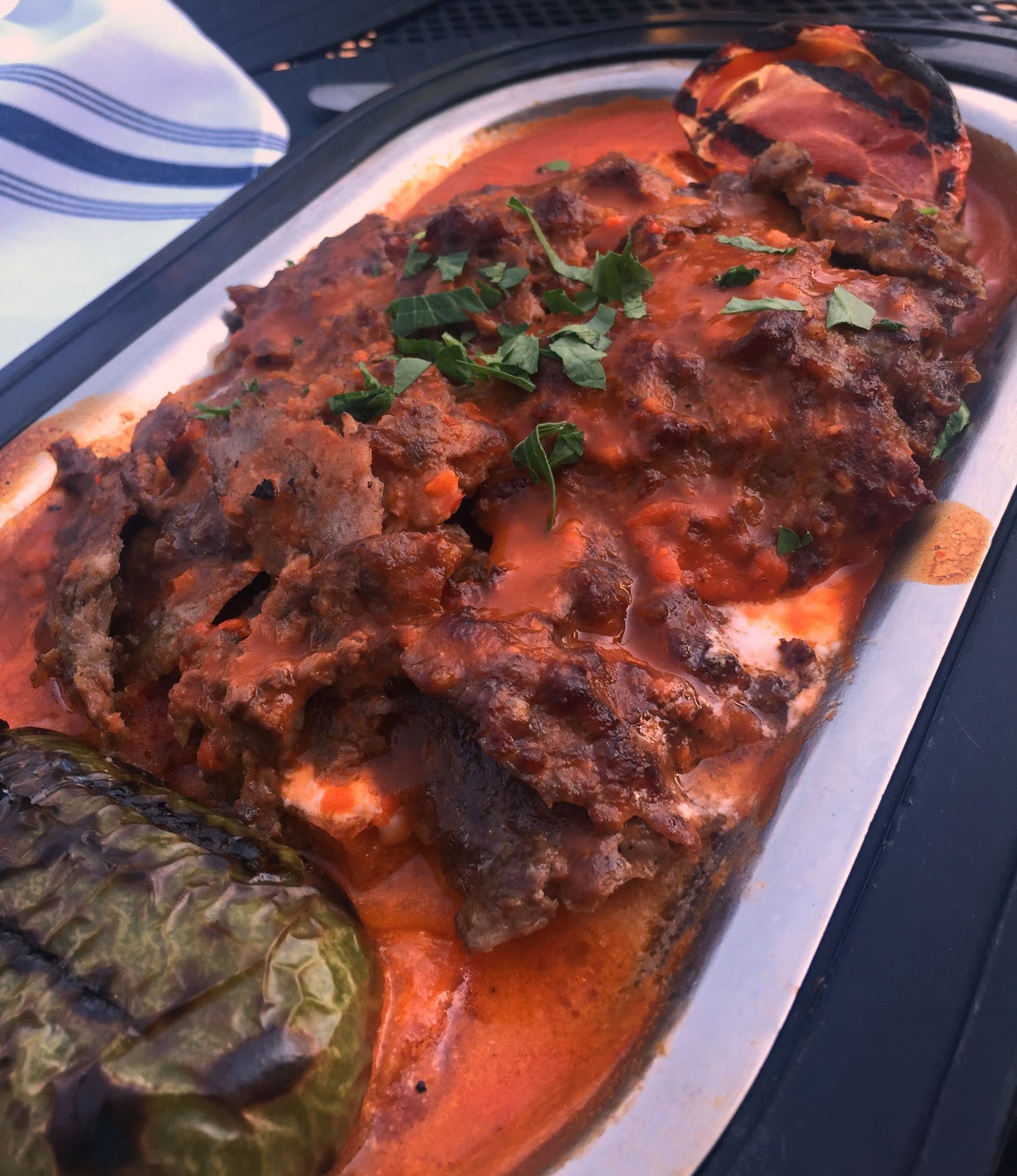 I went for my Iskander Kebab which is sliced doner kebab (seasoned lamb) on top of pita and yogurt covered in tomato sauce. There’s also a grilled green pepper there for your vegetable needs. The first time I had this – it was described to me as Turkish Lasagna with pita instead of pasta – and I agree. If you like lasagna – you’ll like this. With the tomato sauce – it’s very acidic – but the pita and yogurt cool it down (in terms of calming the acid reflux that this dish creates).

The other reason I pick this is the sauce – in my opinion – a lot of Mediterranean dishes can be very dry – but this is super saucy – so no worries there. The lamb is also super tender – it reminds me of gyro meat – which I love. All in all – still love this dish.

Why Should You Go? If you like Mediterranean food and haven’t been to Cafe Mediterranean – then I don’t know what you’re doing?! It’s BY FAR my favorite in the city. Love it.