My husband works in Milford and stopped down the street after work to have a beer with a coworker so I met up with them at Chappy’s Bourbon Bar & Bites. 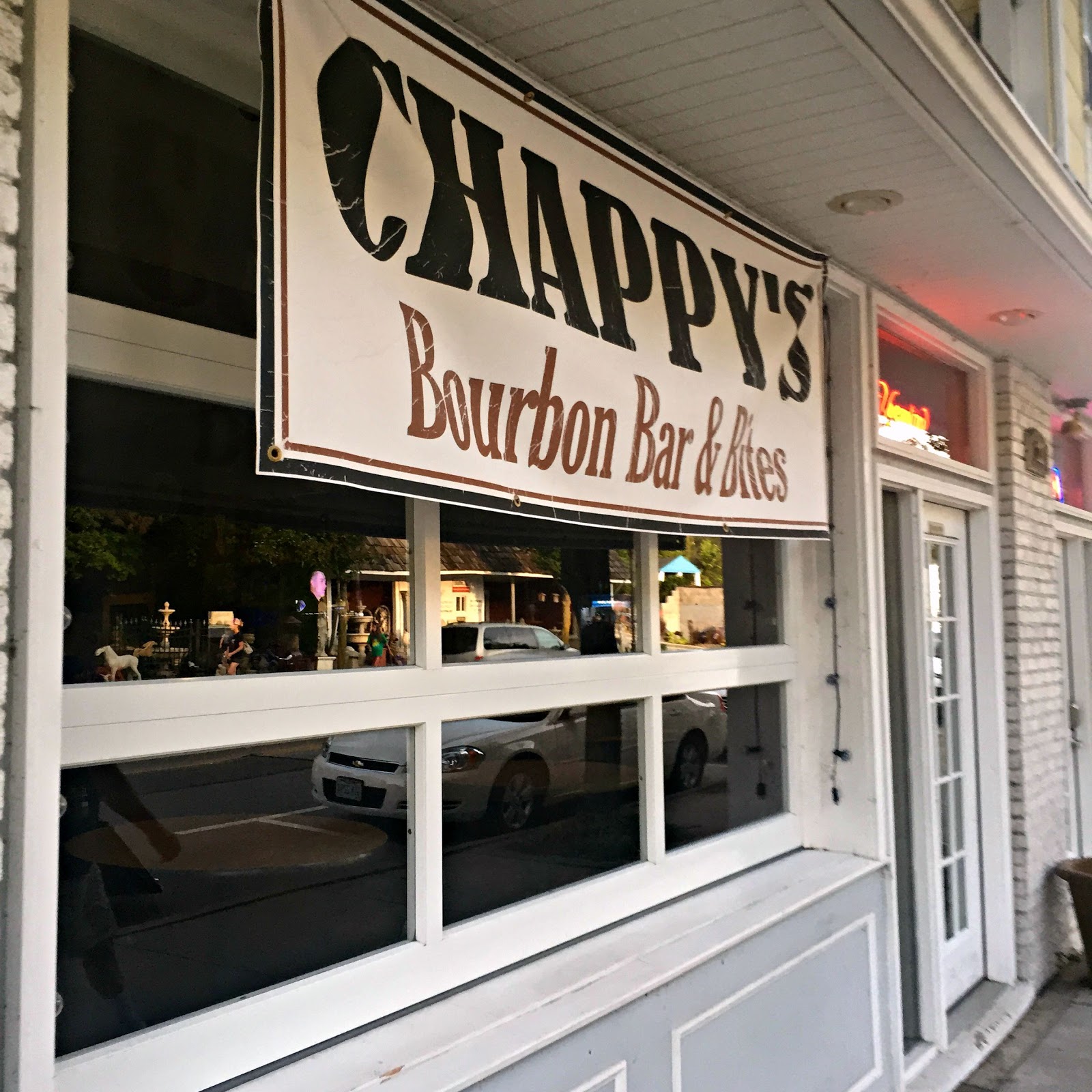 It’s on main street in Milford – they have a really great selection of bourbon and that’s their specialty (duh). Inside – it’s very dark and there’s bar seating and a dozen or so tables. It’s definitely more bar than bites. 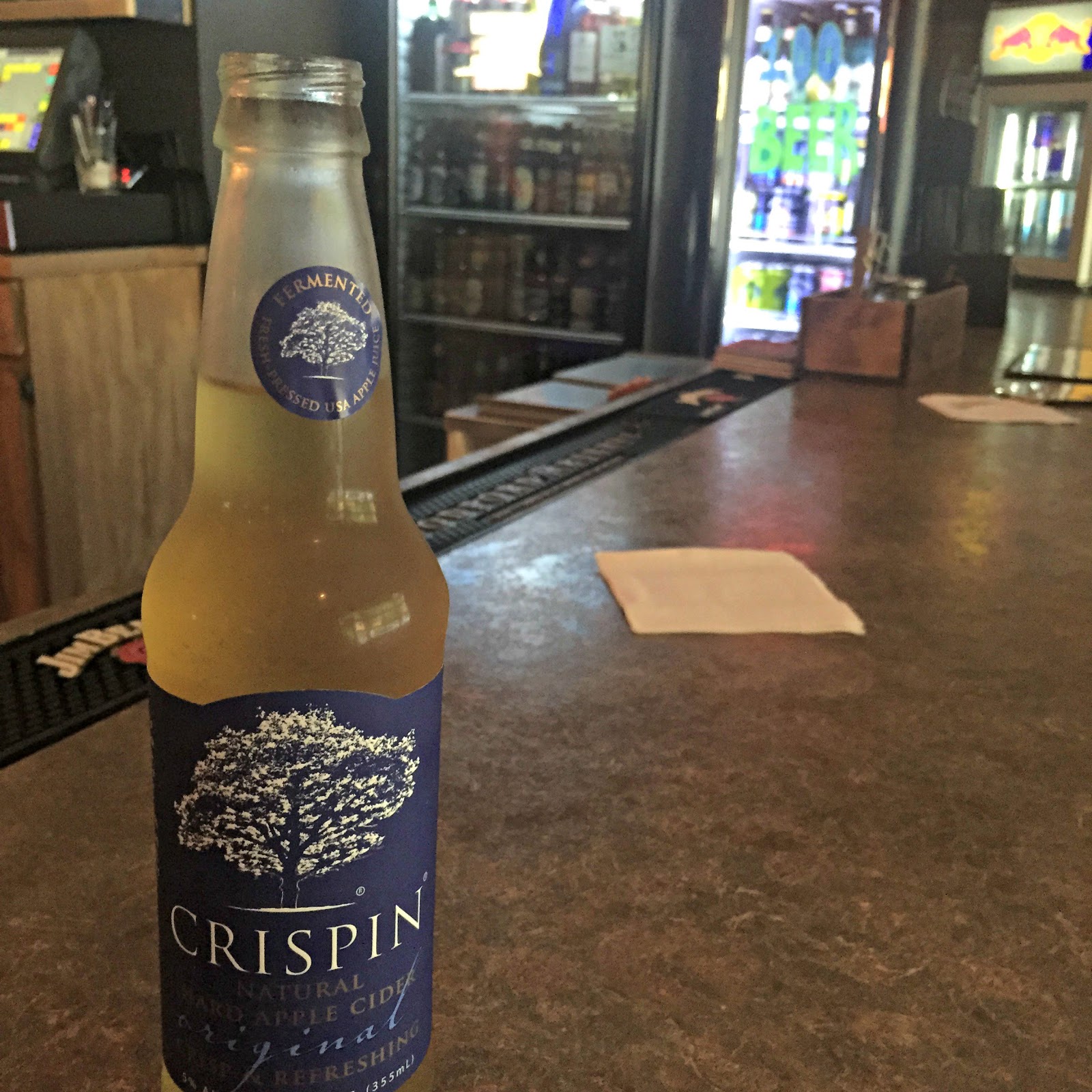 Their beer selection is also good – they had a couple of ciders so I grabbed a Crispin. They also have a $1 beer cooler – who knows what all is in there! 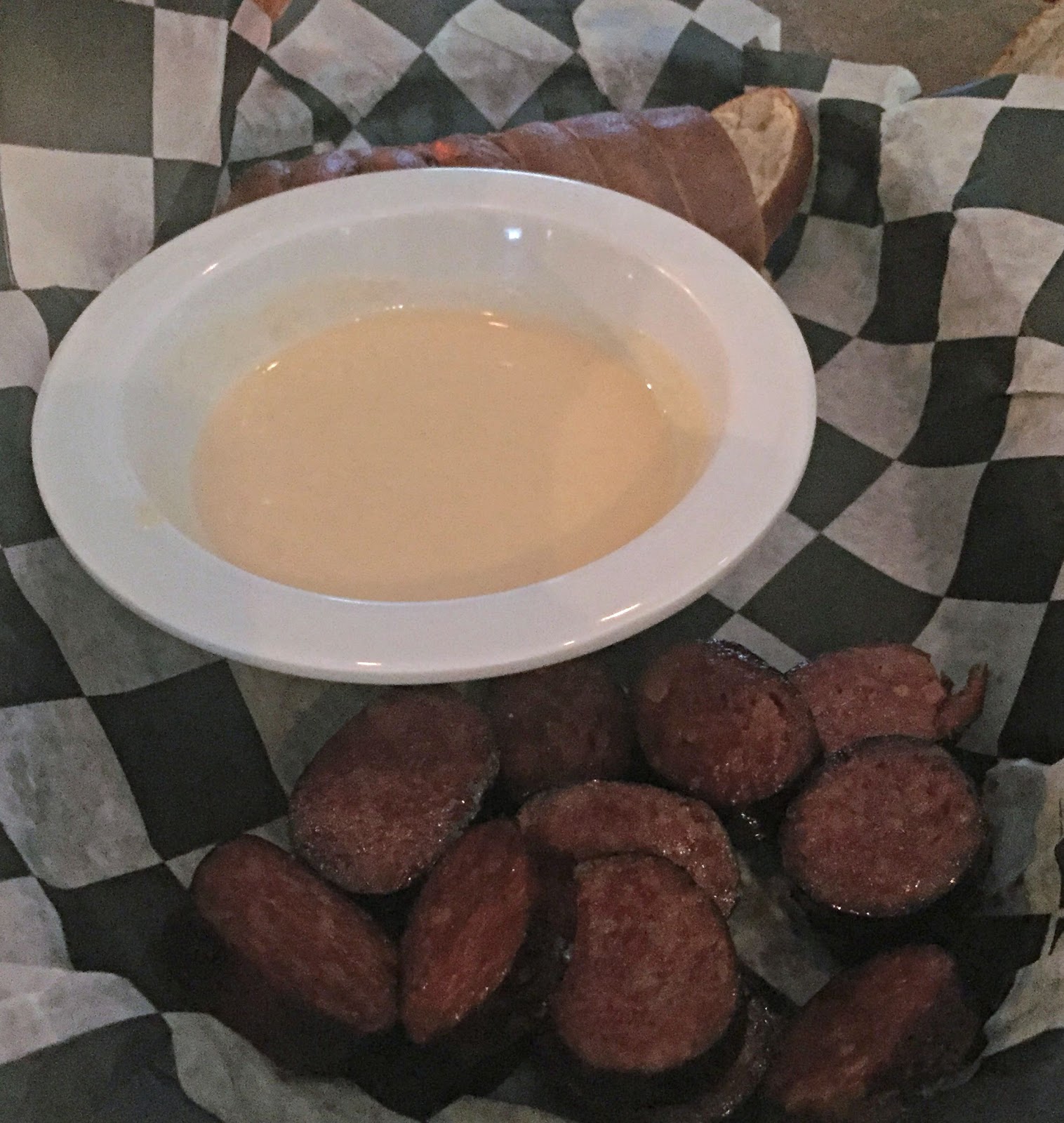 I wanted to try the Hog Wings but they were out of that (along with a few other things). Larry got the SMOKED SAUSAGE WITH BOURBON BARREL ALE BEER CHEESE ($8). It also came with a Servaati’s pretzel roll. The pretzel was really good, the sausage was fine but a little over cooked and the beer cheese was not my favorite. It was really runny – like water – and had a funky taste. I’m not sure if it’s the Bourbon Barrel Ale they’re using in it (which is my husband’s favorite) or if it’s the cheese mixture but I wasn’t a fan. It had a funky after taste. 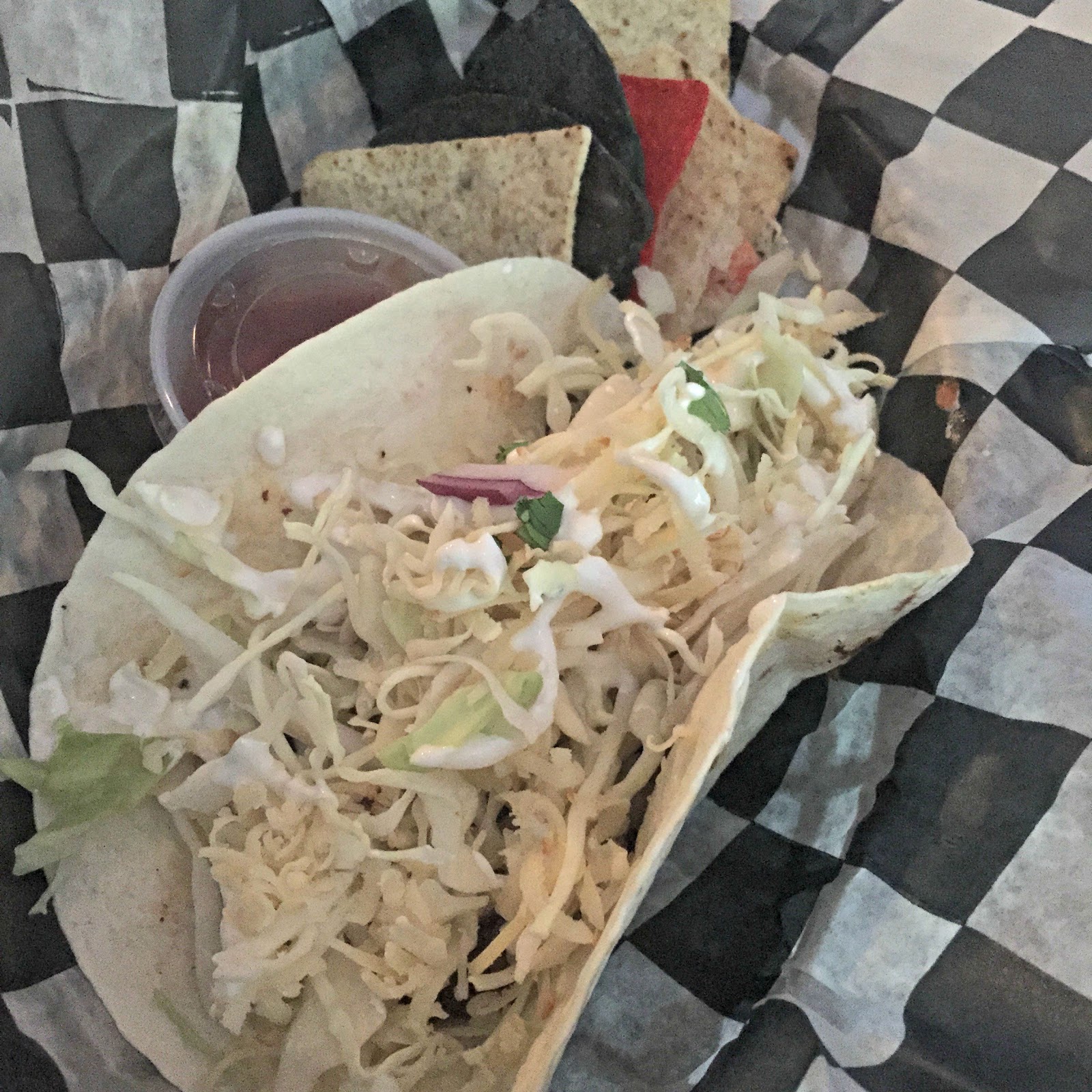 I got a Carnitas taco ($3) – I think they were out of some of the tacos too. None of us were too hungry but I wanted to try something. This was not good. The chips were stale, the salsa was jarred, the tortilla was cold, there was way too much slaw and the meat was bland. I took a couple bites and left it. 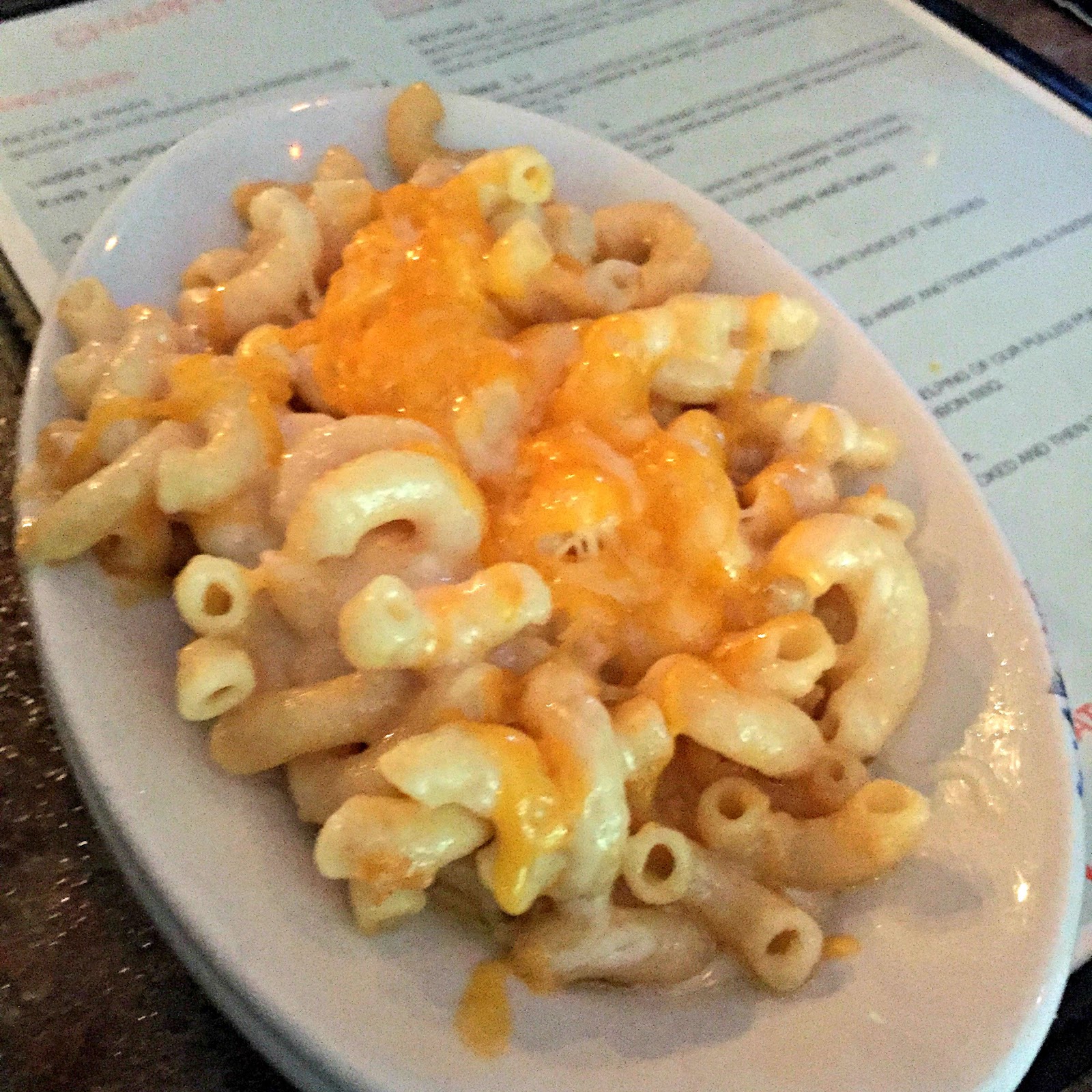 I was still hungry and ordered a side of Mac & Cheese ($3) – well this was even more disappointing. Macaroni covered in the same beer cheese sauce I already didn’t like and then some shredded cheddar melted on top. Again – a few bites and done.

Why Should You Go? If you want a drink or a beer. Otherwise – head down the street to Padrinos or 20 Brix.