I’m a big fan of Mexican food – my husband is not. That said – the kind folks at Chuy’s sent us a gift certificate to check them out (and give one to some lucky fan!) – so he went. Chuy’s is a Tex-Mex that started in Austin, TX and has now expanded across the country. 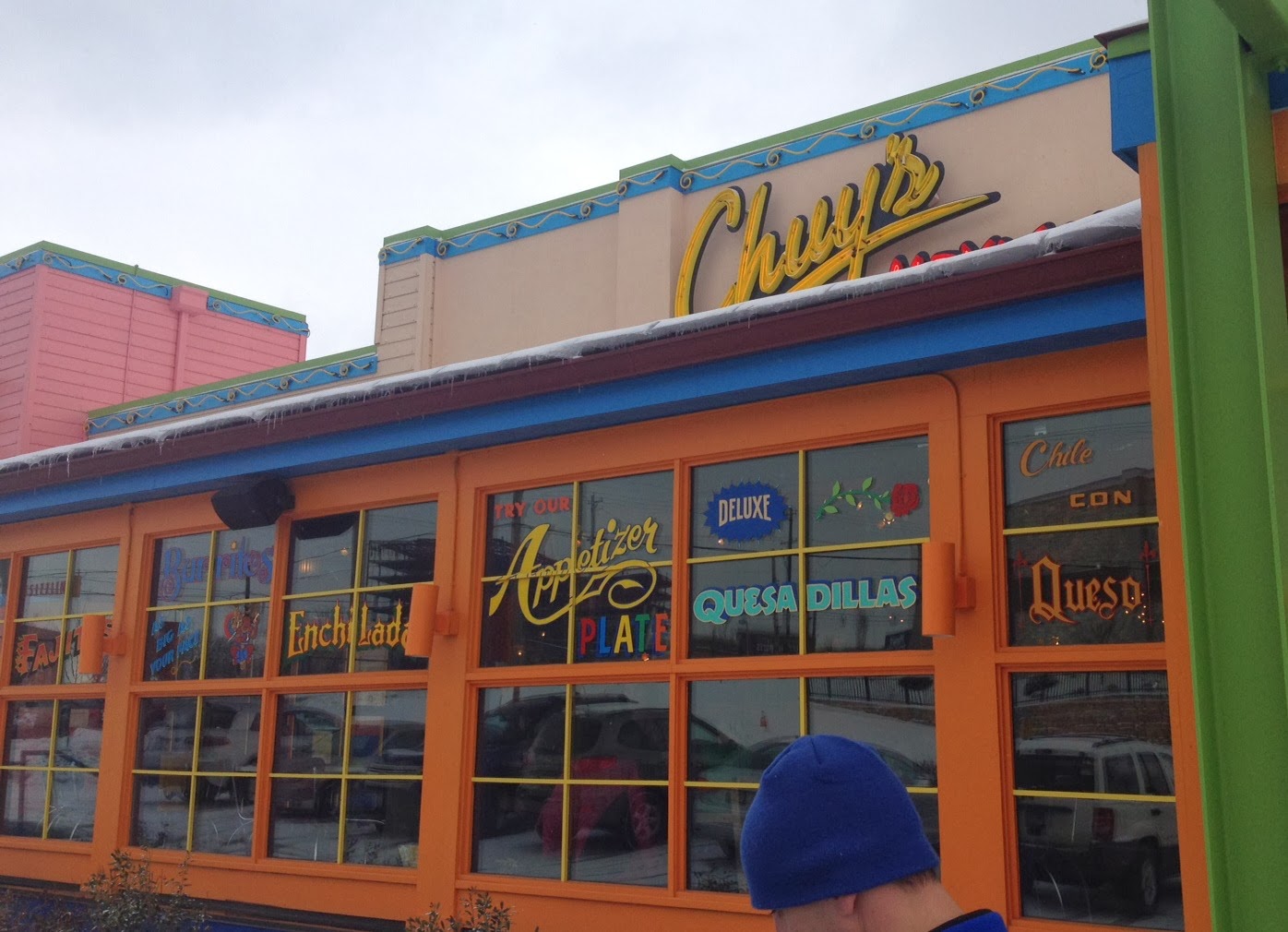 Chuy’s is just down the road from Kenwood Mall in the former location of Chi-nnati’s and Margaritas. It’s had a paint job and new decor but the same layout for the most part. I was wondering how reminiscent of one of my favorite Iowa restaurants – Carlos O’Kellys – with the very Americanized menu with some Mexican flair. 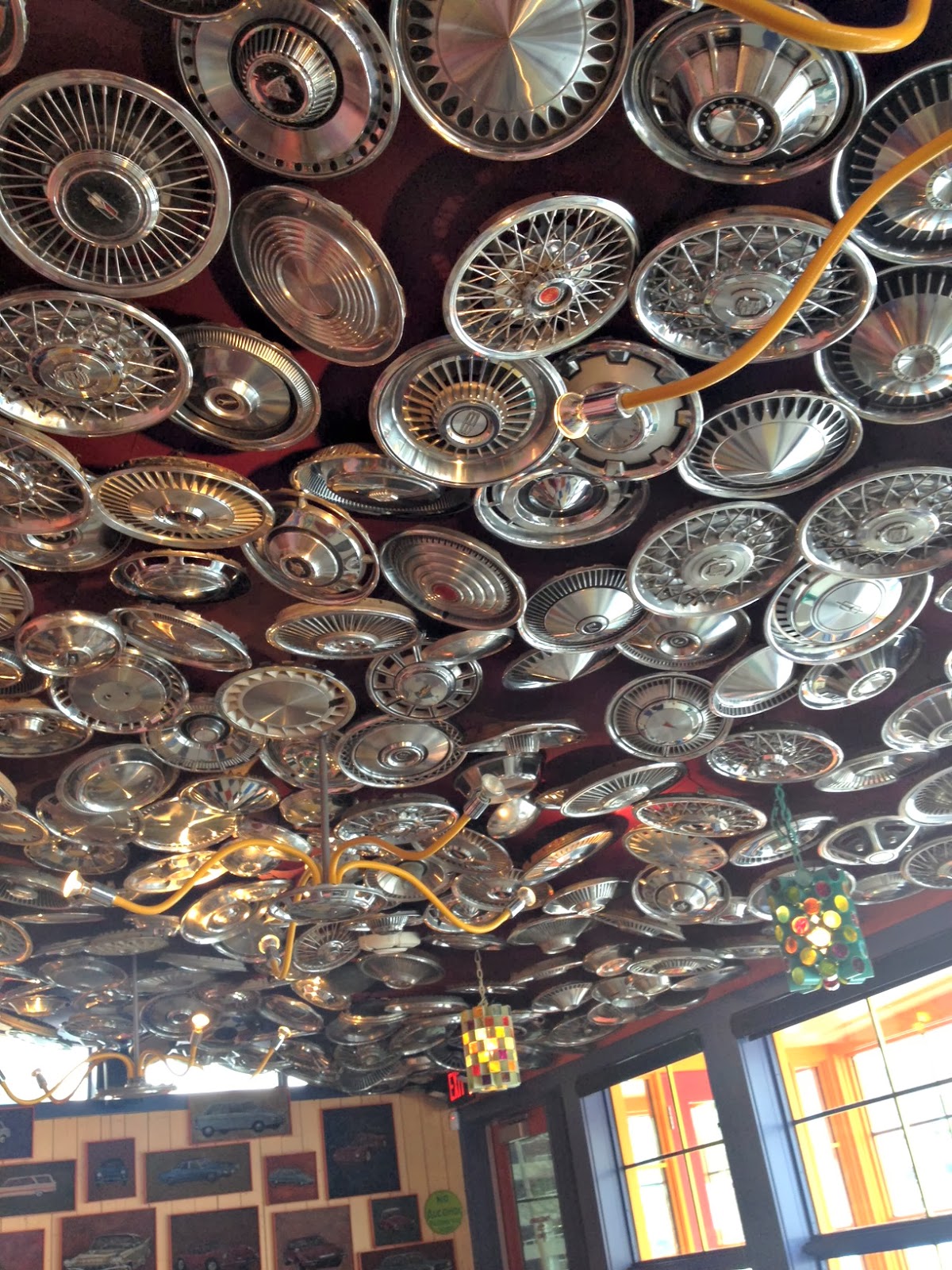 They also have a definitely 50’s automotive theme with hubcaps lining the ceiling in the patio room. The staff is also very kid-friendly – they have hidden legos and secrets for kids – I saw them walking a couple kids around and giving them hints here and there. I love all the primary color decorations – I would love to have this one in my front yard! 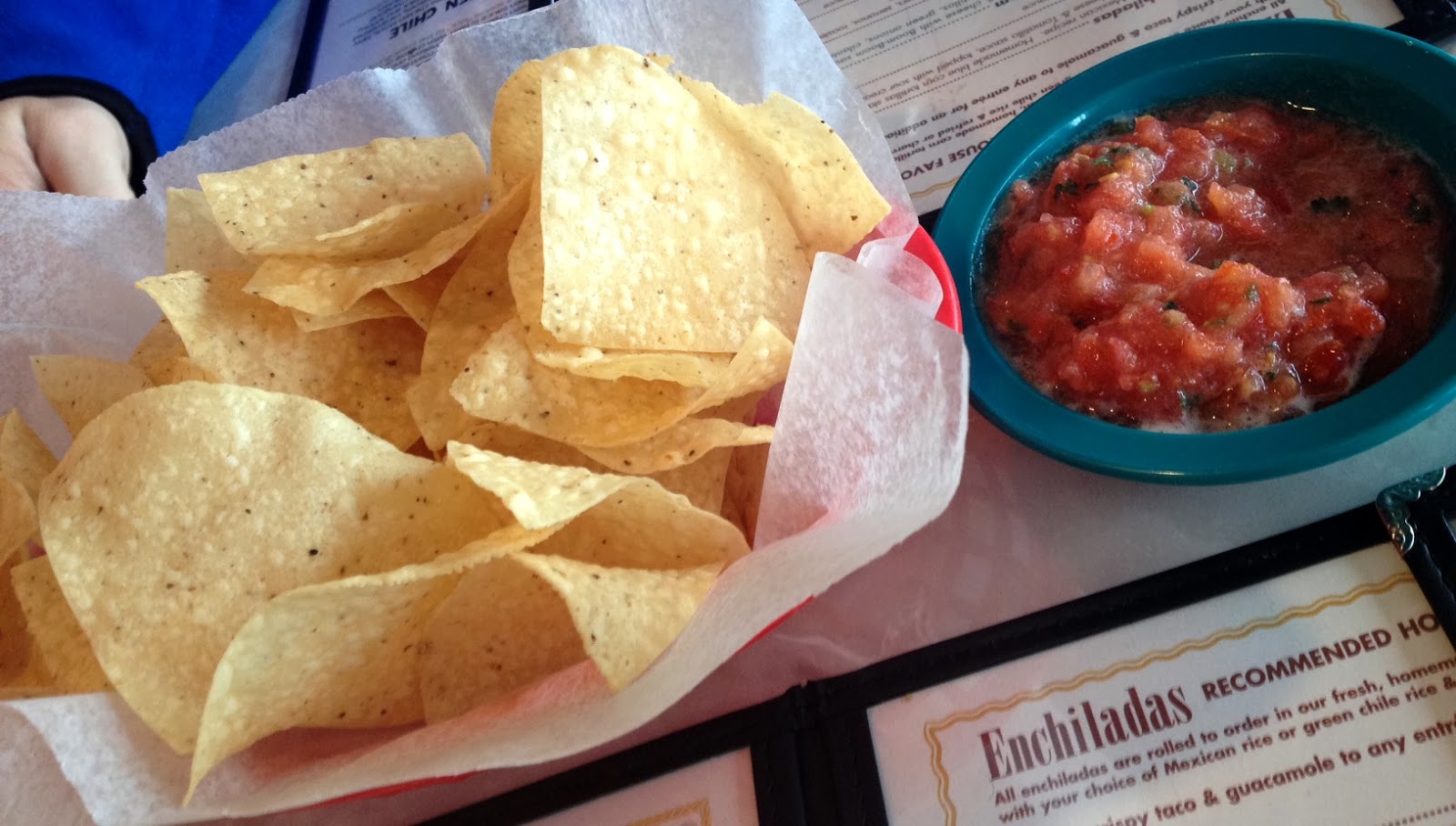 We started with chips and salsa (complimentary) and really enjoyed them. The chips were SUPER light and salted. They were so thin – I wish I could find some like this at the grocery store. The salsa was also great – it was light and not very spicy. Larry doesn’t usually touch the stuff but he nearly finished the whole bowl! 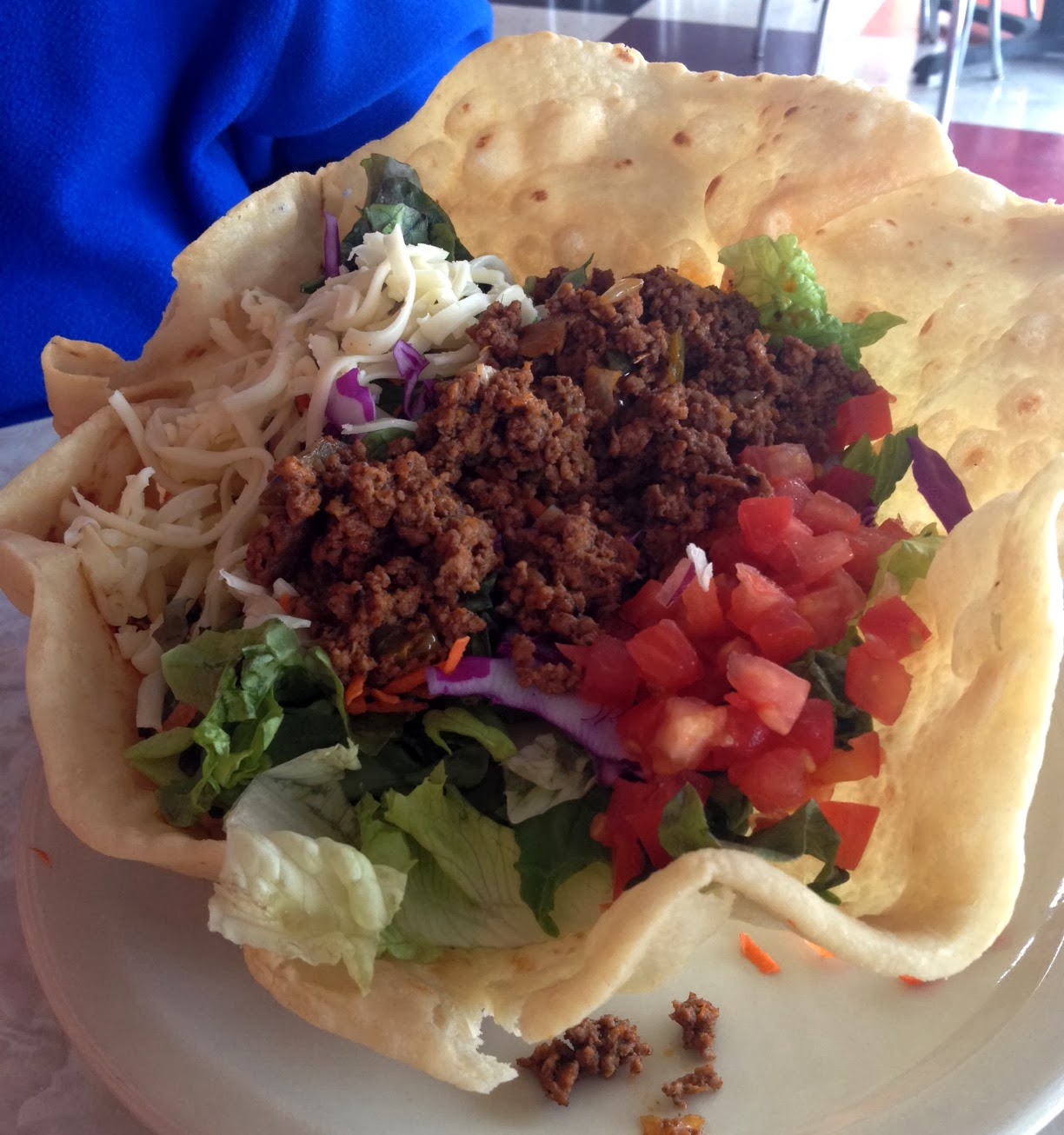 Larry ordered the taco salad with ground beef and got a side of Cilantro Lime Vinaigrette dressing. He finished nearly the whole thing – which is impressive since he doesn’t like Mexican or salads for the most part. He really liked the dressing also – it was light and tangy. 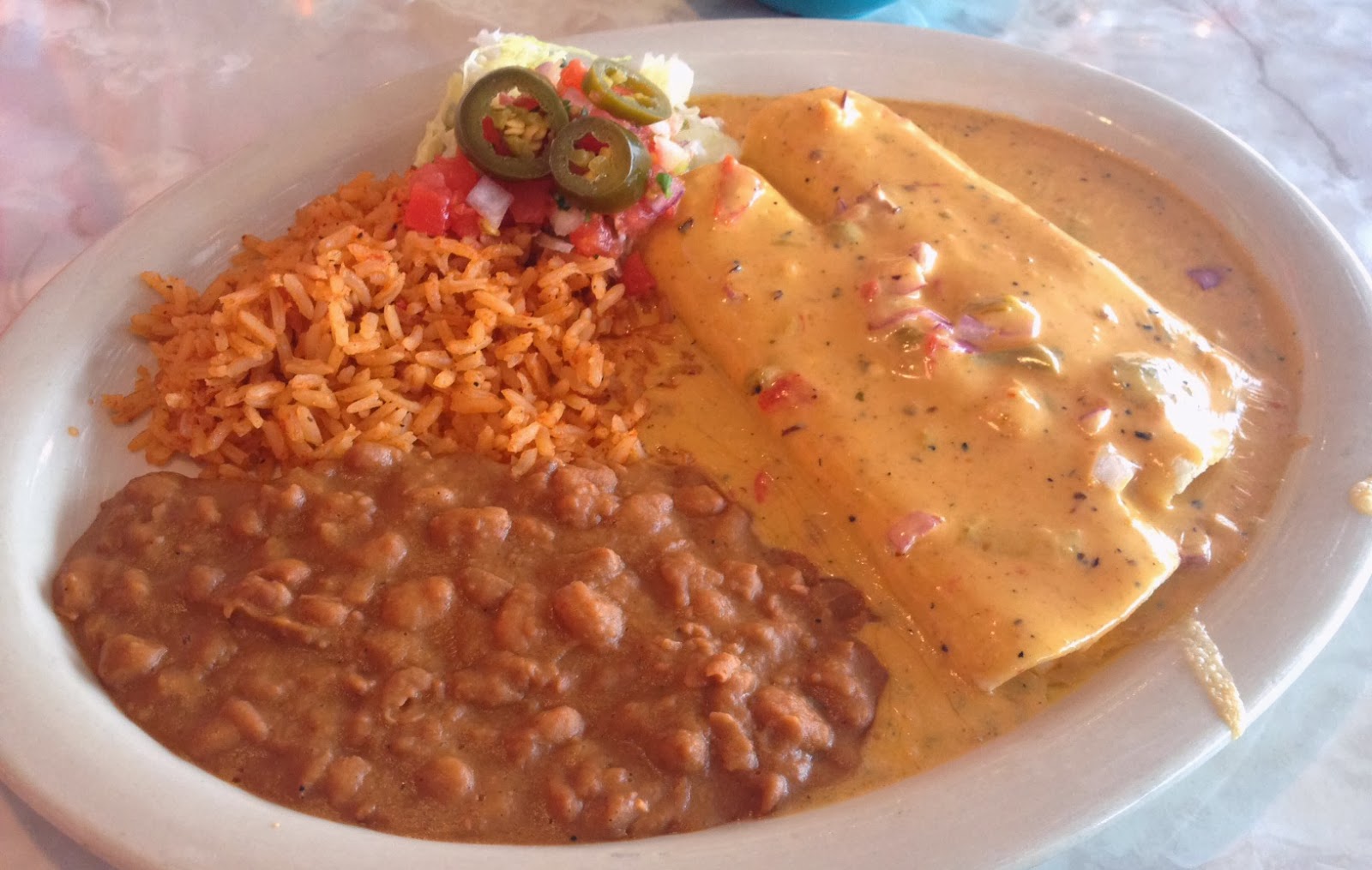 I went for my standard order – it’s basically a test to see if I’ll like them – cheese enchiladas with cheese sauce. If the cheese sauce is good – I’m good. 🙂 The cheese in the enchiladas wasn’t great – it was melty but tasted a bit like a CoJack mix. The queso on top though – AWESOMESAUCE! This was the closest to the magical queso at Carlos O’Kelly’s that I’ve tried. If nothing else – I’ll be back for that. The rice and beans were pretty good as well – I cleaned my plate. 🙂 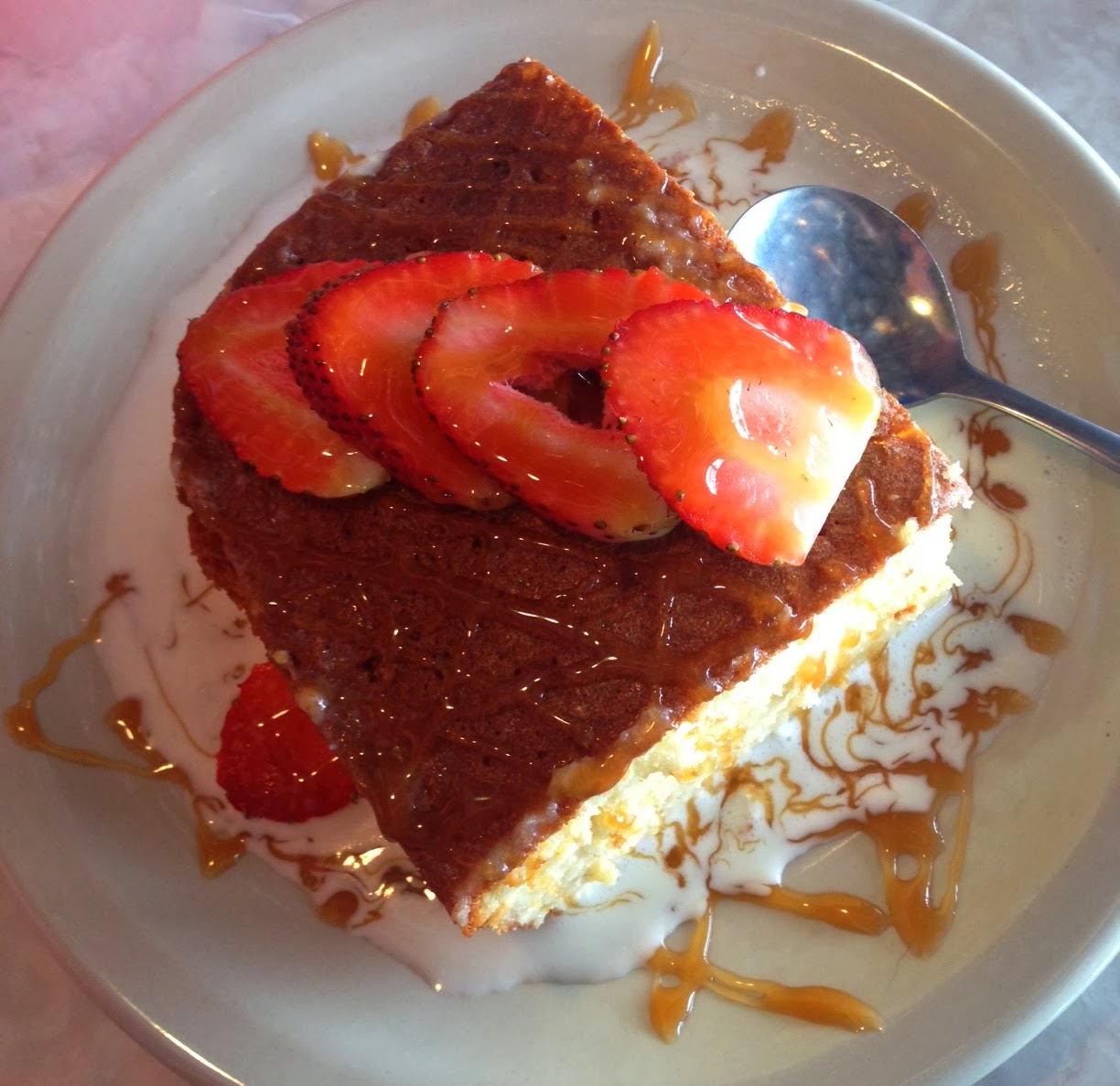 It turns out our gift certificate covered a dessert as well – the server (who was fantastic) barely got the words out of his mouth – and I said, YES!! What were the words? Tres. Leches. Cake. This cake was great! I worried that the extra leche (milk) would make the cake soggy – but it totally didn’t! I even took most of this cake home and it was still not soggy even the next day. It was a firm enough cake that it could handle all of the cream.

Why Should You Go? It’s definitely not authentic (or trying to be) but they have burritos as big as yo’ face – so how bad can that be?! If anything – you should go for the chips & queso. I might actually go this weekend!