I have an unhealthy love of Mexican food – but hey – is it unhealthy if I admit it? 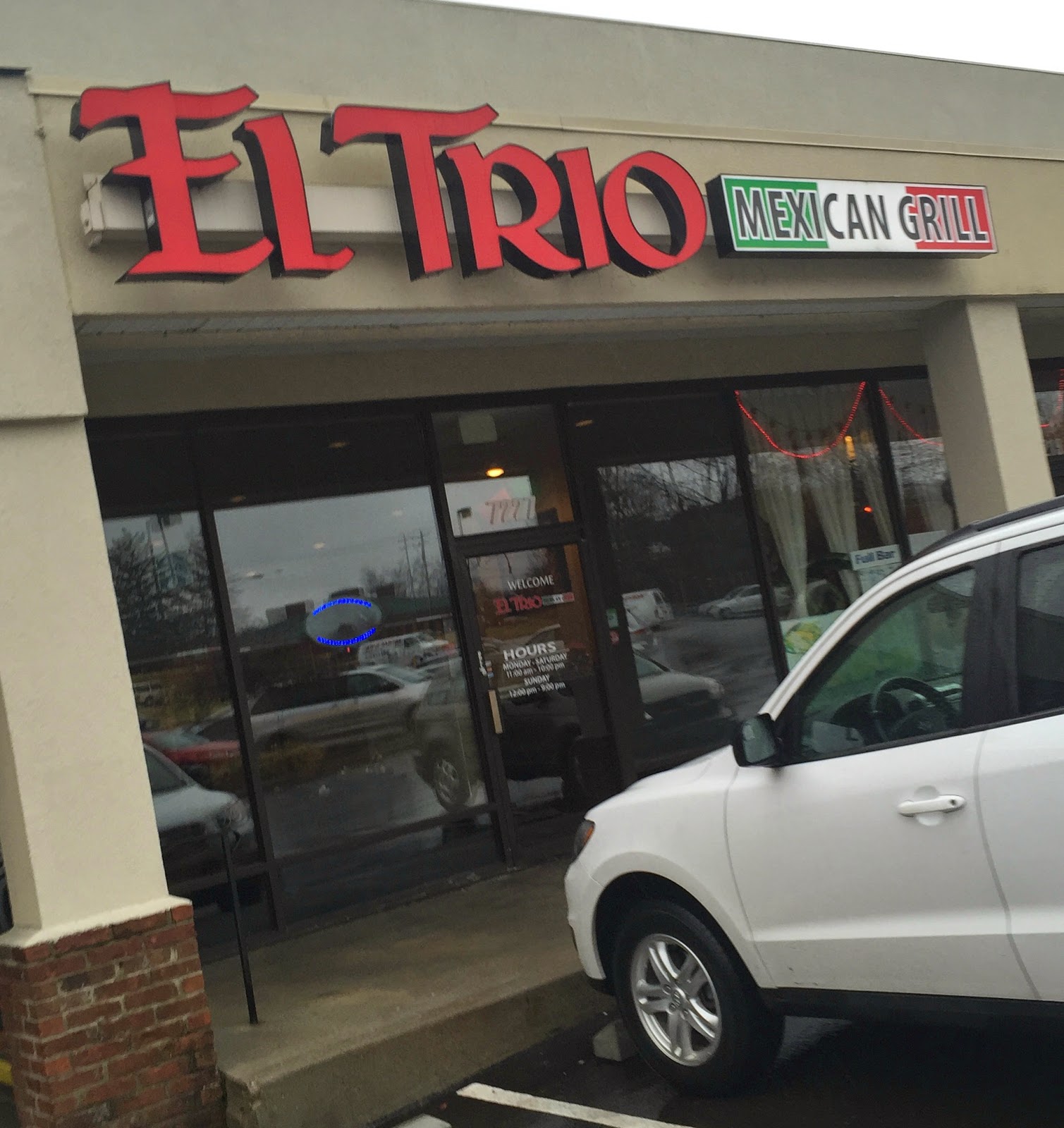 My friend Kelly & her beau decided I needed to try El Trio Mexican. It’s in Mariemont in the strip mall near the FlipDaddys. 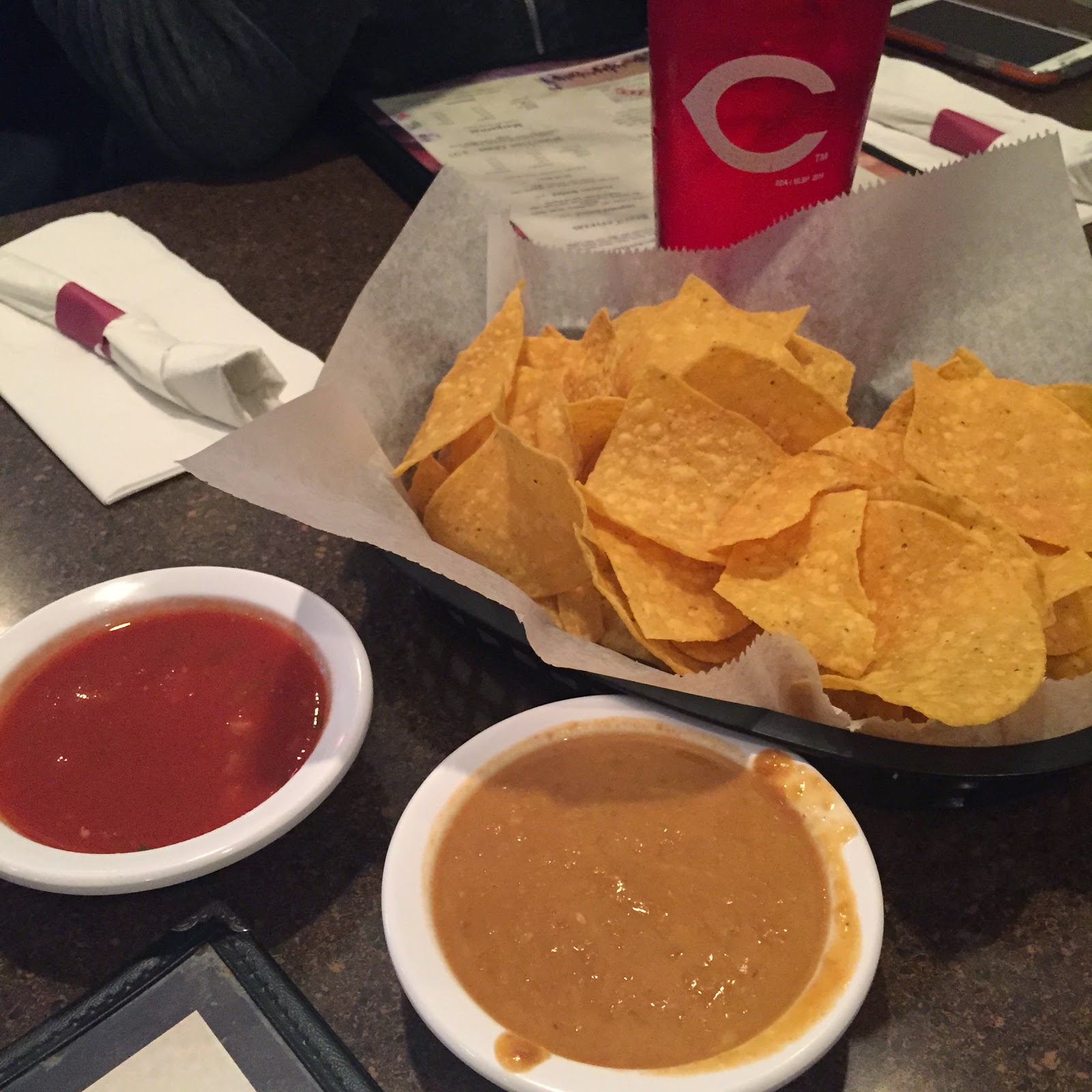 We started with chips & salsa – as is the case at every Cincinnati Mexican restaurant. To my surprise we also got bean dip and I’m glad we did. This stuff is awesome. No salsa for me – I just killed the bean dip. 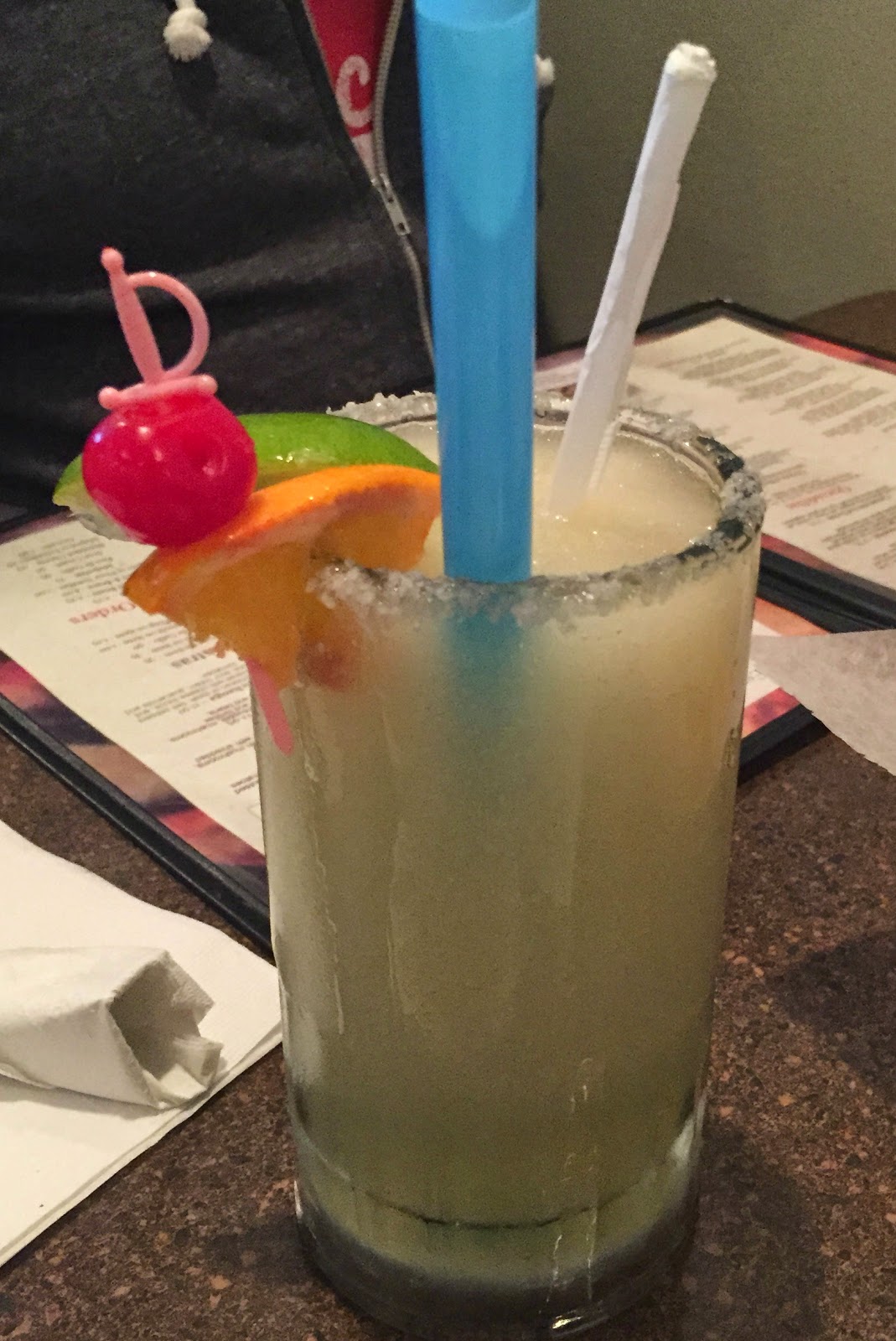 Margaritas were a must-have – and don’t they look fun?! Fruit and a big huge blue straw – how can you go wrong? 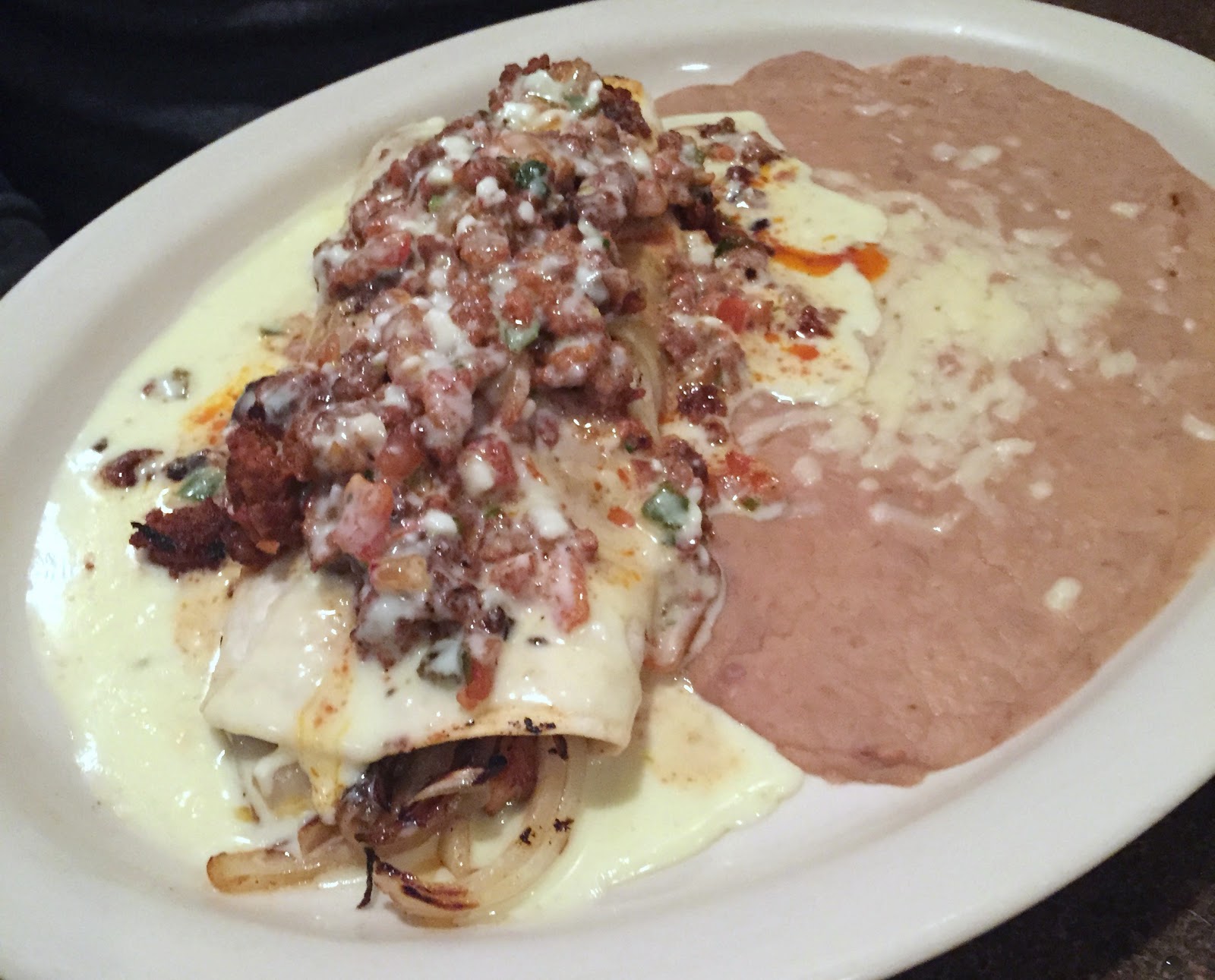 Sapan went for a wild choice – the Chori Burrito – and I have to say – we were JEALOUS. This burrito is stuffed with steak and grilled onions – then covered with cheese sauce, chorizo and pico. He let me have a bite and wow – it was delicious! I had just had something with chorizo at Mazunte and it was so delicious – I’m now a fan. 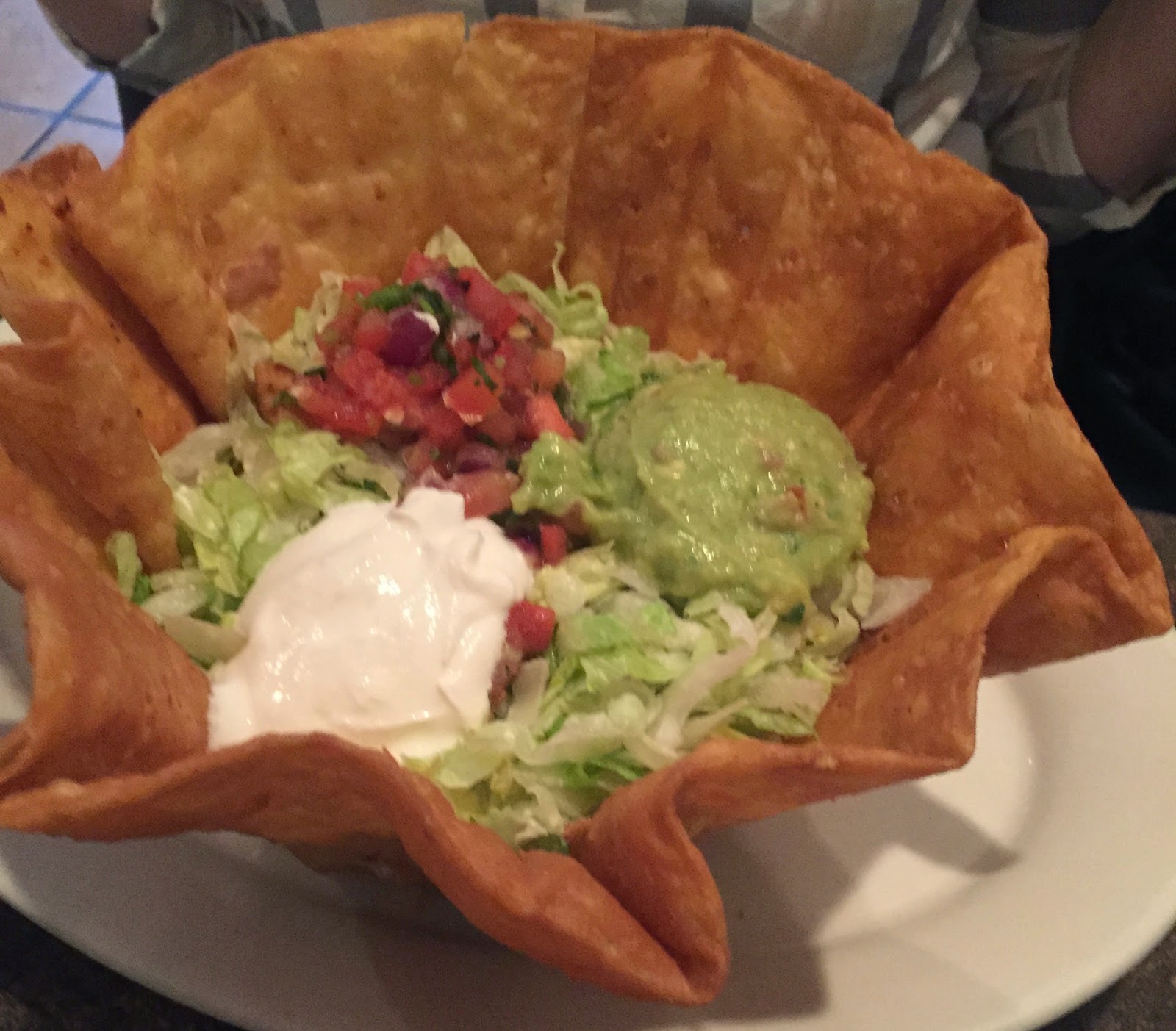 Kelly got a taco salad – it looked pretty ordinary and after she tasted Sapan’s – she was a little jealous too! 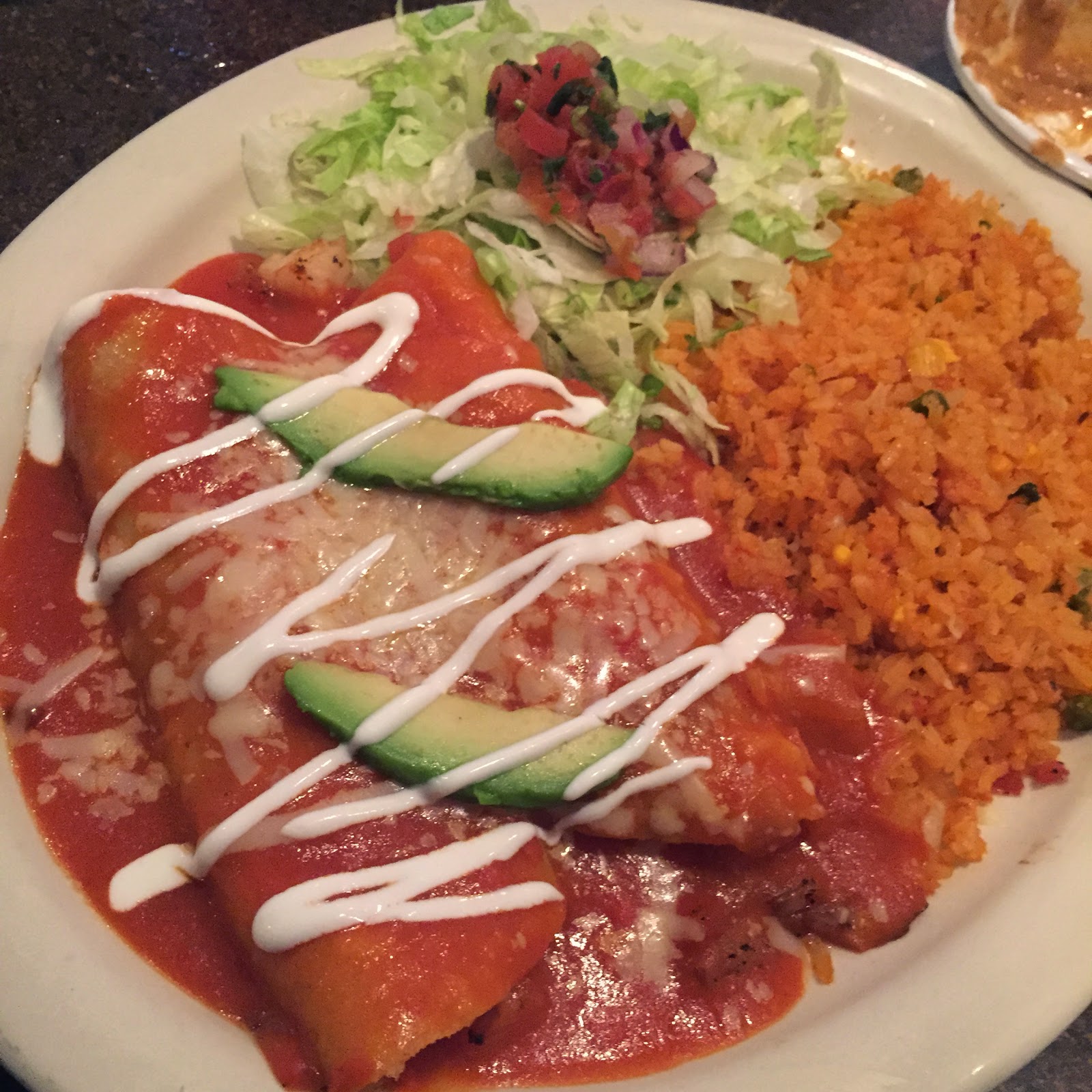 I was in the mood for seafood and got the Enchiladas Camaron (Shrimp). I knew as soon as I’d ordered that I should have gotten cheese sauce instead of red sauce. I’m just not a fan – this was covered in salsa poblano, sour cream and avocado. It was fine – fairly light – which is good – so many times Mexican is super-heavy (Like that Chori-Burrito!). The shrimp was good – didn’t love the rice – pretty bland and a little overcooked.

Why Should You Go? I don’t think it was anything special to go out of the way for – but if you’re in the area – it’s a good option. The bean dip and the Chori Burrito were the highlights for sure.